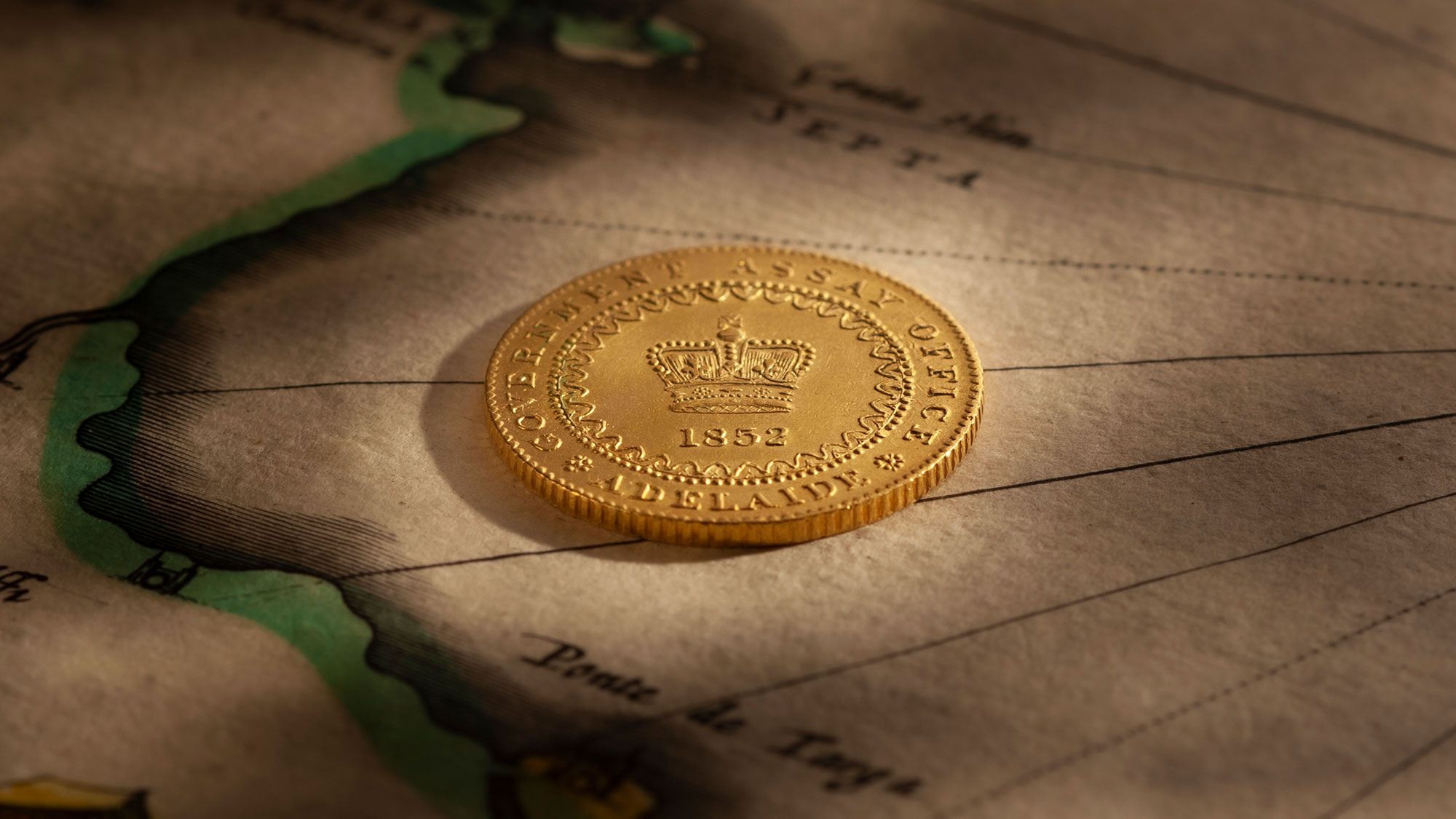 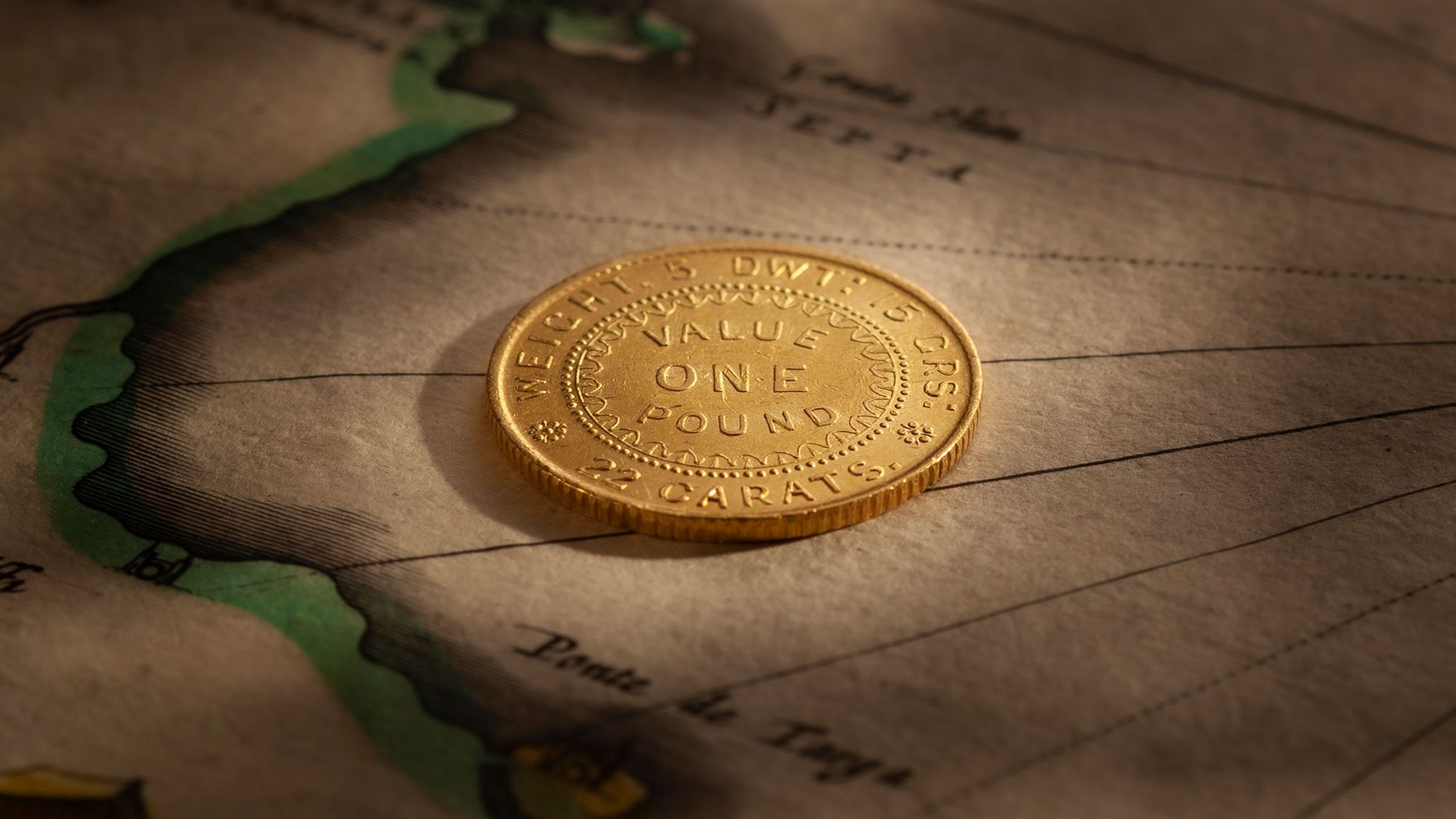 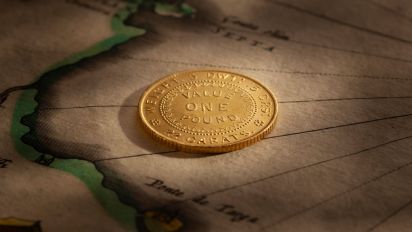 The 1852 Adelaide Pound holds a very special place in Australia's history as the nation's first gold coin. It is a classic Australian numismatic rarity, as is the 1813 Holey Dollar and 1813 Dump, the Square Penny and the 1930 Penny.

Its status as Australia’s first gold coin ensures that it will always be sought after and strengthens its investment value. Its investment value is also enhanced by its rarity for we estimate that perhaps two hundred and fifty examples are available to collectors, across all quality levels.

Examining an Adelaide Pound is a three-point process.

This coin is lustrous on both obverse and reverse. The edges are complete all the way round. And the legend GOVERNMENT ASSAY OFFICE is strong.

Collectors should be aware that most Adelaide Pounds struck with the second die show extreme weaknesses in the legend and denticles. This coin is an exception to those we normally see.

There are no obvious defects or gouges. It's an overall well balanced coin with great eye appeal.

The eye glass re-confirms what we have seen with the naked eye ... and much more. The coin has undergone minimal circulation, the highpoints of the design, the fleur de lis and the cross on the orb on the crown showing a whisper touch of usage. There are no unsightly gouges or marks.

The final assessment of this Adelaide Pound confirms that it is a great coin and passes our three-point assessment with flying colours. 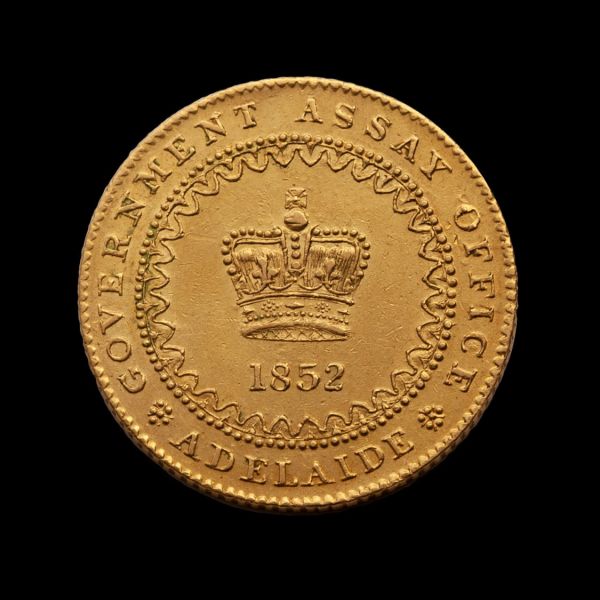 A coin has to have edges? The answer is 'not always'. And in the case of the Adelaide Pound struck using the second reverse die most examples show a lot of edge weakness. Because the first die cracked in the striking of the 1852 Adelaide Pound, the decision was made to reduce the pressure on the edges and focus on the crown area. That decision had its consequences. Most Adelaide Pounds struck using the second die have edge weaknesses. As seen above, this is not the case with this coin. 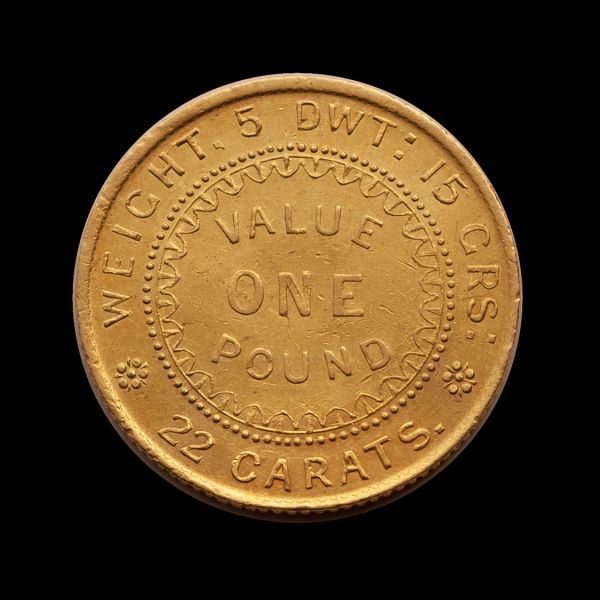