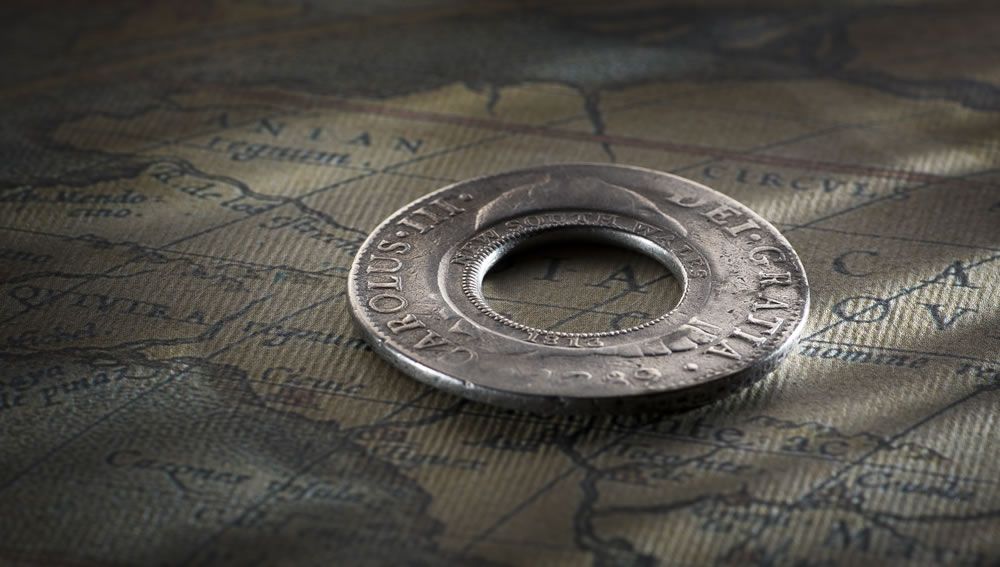 This particular Holey Dollar was photographed and detailed in Spalding’s book ‘The World of the Holey Dollar’. It was highly regarded by Spalding to the extent that it was featured in his book, in the chapter titled ‘The Top Dollars’, page 209.

It also is photographed and referenced as 1789/1 in the Mira Noble book ‘The Holey Dollars of New South Wales’ published in 1988.

The Spanish King Charles III died in December 1788. The normal protocols would see the removal of the monarch’s portrait from his coinage, and its replacement with the effigy of the new king.

But the news of the death of Charles III did not reach the Spanish colonies until March 1789.

The colonial mints unknowingly continued to produce coinage with the legend and portrait of the deceased king oblivious to the death of their monarch.

This Holey Dollar was created from one such silver dollar.