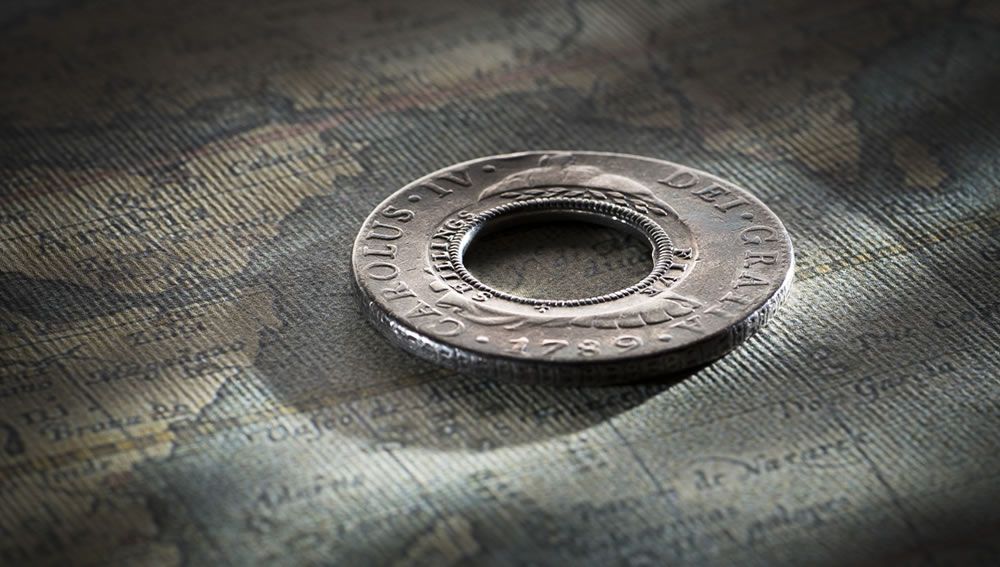 This Holey Dollar was struck from a silver dollar dated 1789 and depicts the portrait of the deceased monarch King Charles III, who died one year earlier, in 1788. It also features the legend Carolus IV, to acknowledge the new monarch.

This Holey Dollar is one of only eight privately held examples that depict the portrait of Charles III and the legend Carolus IV and is one of the rarest types of Holey Dollars.

This Holey Dollar chronicles the limitations of communications in this era and the challenges of the colonial mints wishing to maintain silver coin production while at the same time observing the currency protocols necessitated for the passing of a monarch.

This particular Holey Dollar was photographed and detailed in Spalding’s book ‘The World of the Holey Dollar’. It was highly regarded by Spalding to the extent that it was featured in his book, in the chapter titled ‘The Top Dollars’, page 210.

It also is photographed and referenced as 1789/2 in the Mira Noble book ‘The Holey Dollars of New South Wales’ published in 1988.