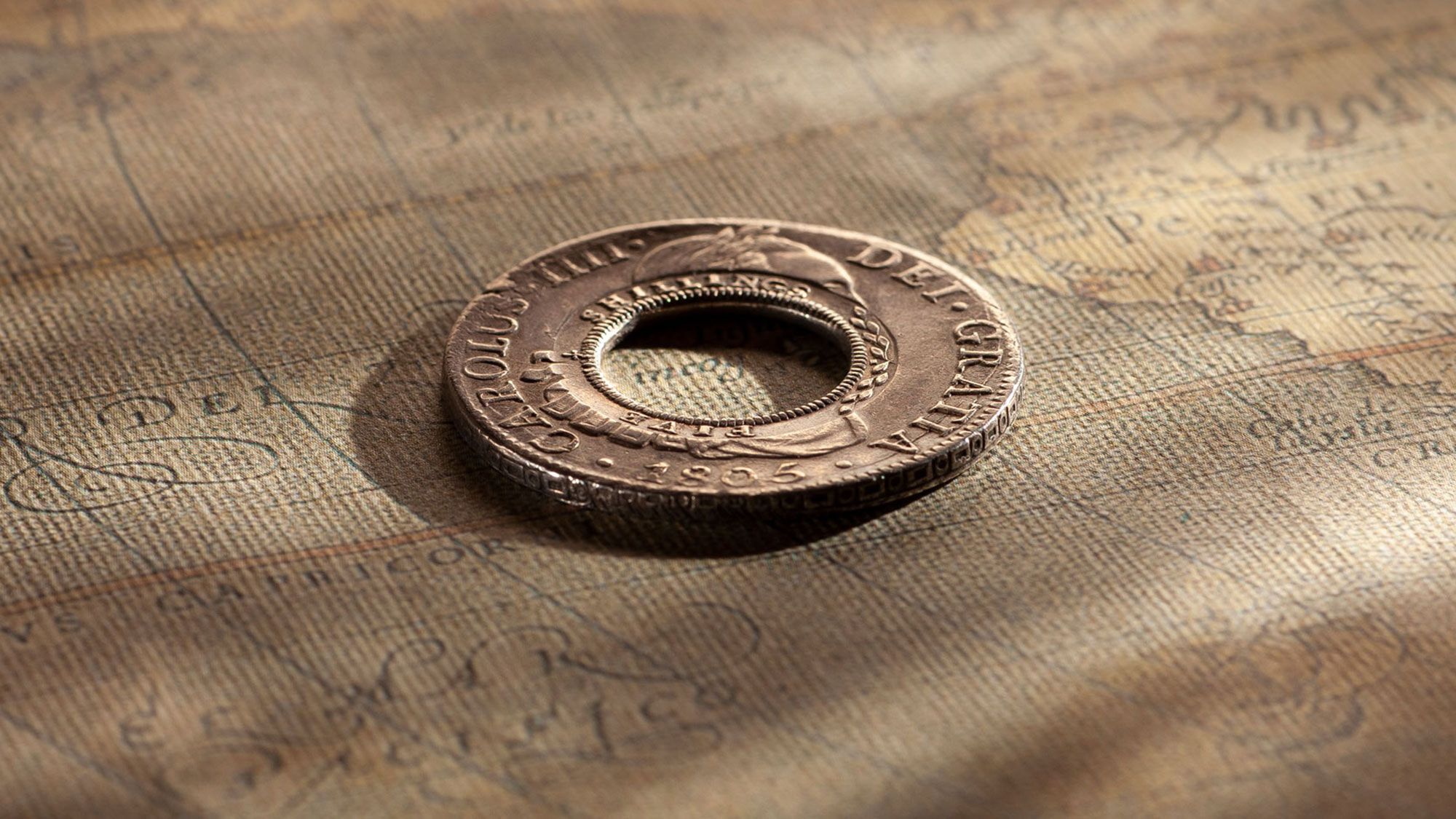 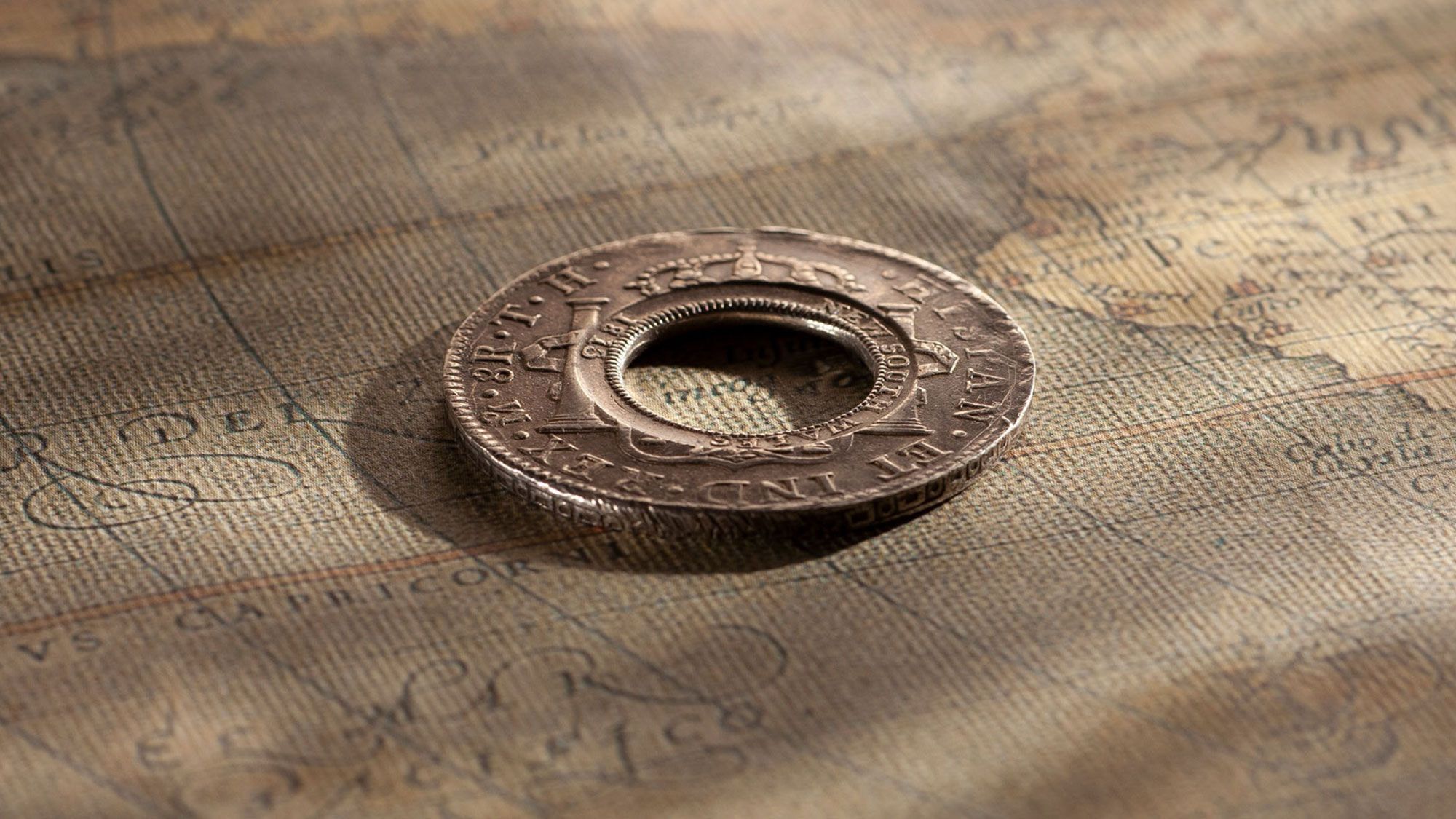 1813 Holey Dollar struck from an 1805 Mexico Mint Silver Dollar
COIN
1813 Holey Dollar struck from an 1805 Mexico Mint Silver Dollar
PRICE
$265,000
STATUS
Sold February 2020
QUALITY
Good Very Fine / Extremely Fine
PROVENANCE
Maurice Eschwege, Captain H. Paget, Albert Bagnall, Philip Spalding.
COMMENTS
There is an immeasurable pride in owning an example of Australia’s first coin, the Holey Dollar. And if you can open not one, but TWO, of the most respected books on Holey Dollars and see your coin detailed and illustrated, then the feelings go even deeper. It is an affirmation of the proud history that accompanies your coin. And so it is with this Holey Dollar. It is illustrated in Philip Spalding's esteemed book, “The World of the Holey Dollar”. And the internationally respected “Holey Dollars of New South Wales” by Messrs. Mira & Noble. And it is true that only a handful of collectors can ever lay claim to having their Holey Dollars in both books. 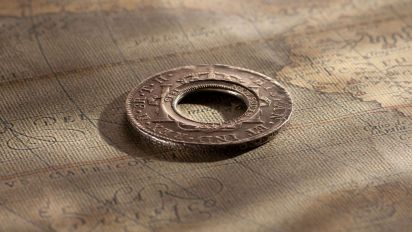 This Holey Dollar was created from a Spanish Silver Dollar that was struck at the Mexico Mint in 1805 and features the legend and portrait of Charles IV.

The original silver dollar is graded in the upper quality levels of Good Very Fine and has toned to a glorious, soft gun-metal grey.

What we know is that once converted to a Holey Dollar in 1813 the coin underwent minimal circulation for the counter-stamps are graded higher again at Extremely Fine.

The coin is featured on page 195 and 196 of  Philip Spalding's book, "The World of the Holey Dollar": a compliment in itself. Published in 1973 this book is still to this day a major reference on the Holey Dollar. (A copy of Spalding’s book will be provided with this coin.)

It is also featured on page 51 the "Holey Dollars of New South Wales" by Messrs. Mira and Noble.

Only a handful of collectors can ever lay claim to having their Holey Dollars in both books.

The Holey Dollar is respected and sought after worldwide, and that has been the case for more than a century. As this coin illustrates.

The coin traversed the globe when it was acquired by American collector Albert E. Bagnall whose collection was sold in 1964 by Spink London.

Renowned British collectors and a renowned American collector and then eventually back to Australia through the illustrious hands of its fourth recorded owner, Philip Spalding.
That the coin has attracted sustained buyer interest right across the globe for nearly a century in Britain, the U.S. and Australia is testimony to the international appeal of the Holey Dollar. 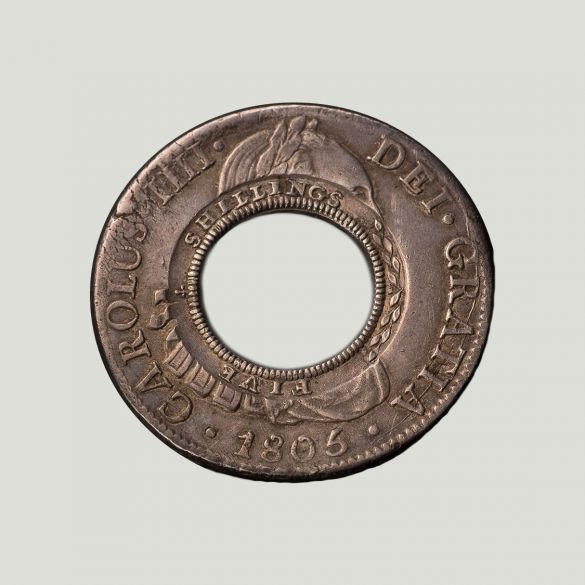 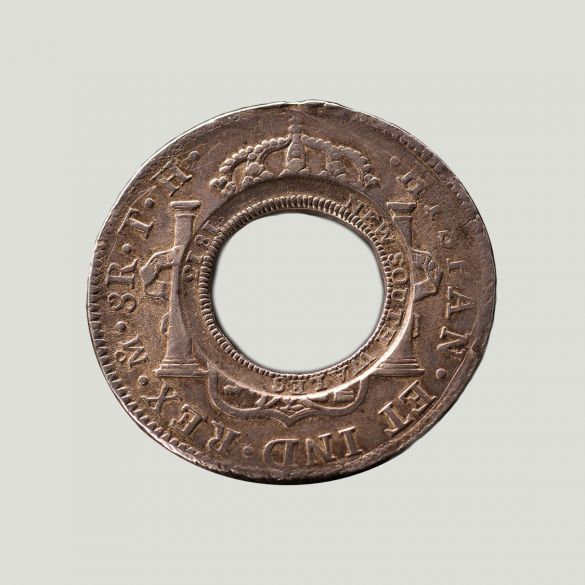 The Holey Dollar is one of Australia's most desirable coins.

And that statement is made irrespective of the quality level.
Most Holey Dollars are today found well worn with many looking like a tap washer.

The reason is simply that no quality parameters were set on Macquarie’s shipment of 40,000 silver dollars. That and the extensive use of the dollar as an international trading coin meant that most of the coins imported by Macquarie were well worn.

Once you move from the well circulated Good to Good Fine quality levels up to the Very Fine and Good Very Fine echelons, the differences in quality are marked and noticeable, clearly visible to the naked eye.

It is the details in the hair, the robes and the overall state of the fields.

The price of this Holey Dollar reflects its outstanding quality attributes.

The Holey Dollar is a coin that is held in the utmost respect. It is history. And yet it is refreshingly current.

The ingenuity of Governor Lachlan Macquarie in creating our first coin is reflected in the naming of the Macquarie Bank and the bank’s ultimate adoption of the Holey Dollar as its logo. 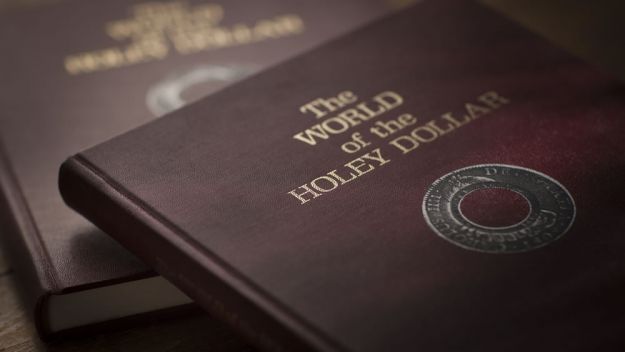