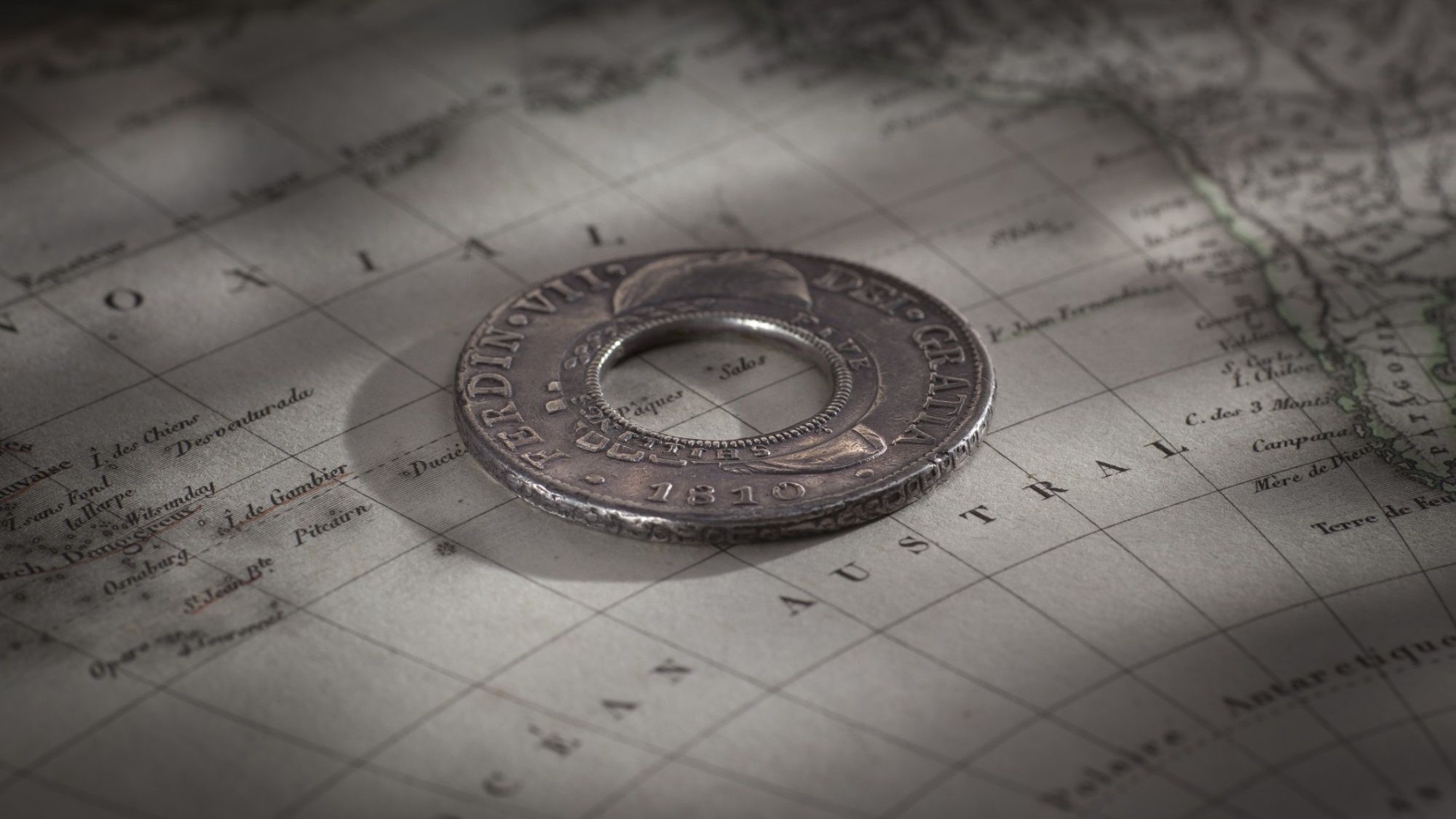 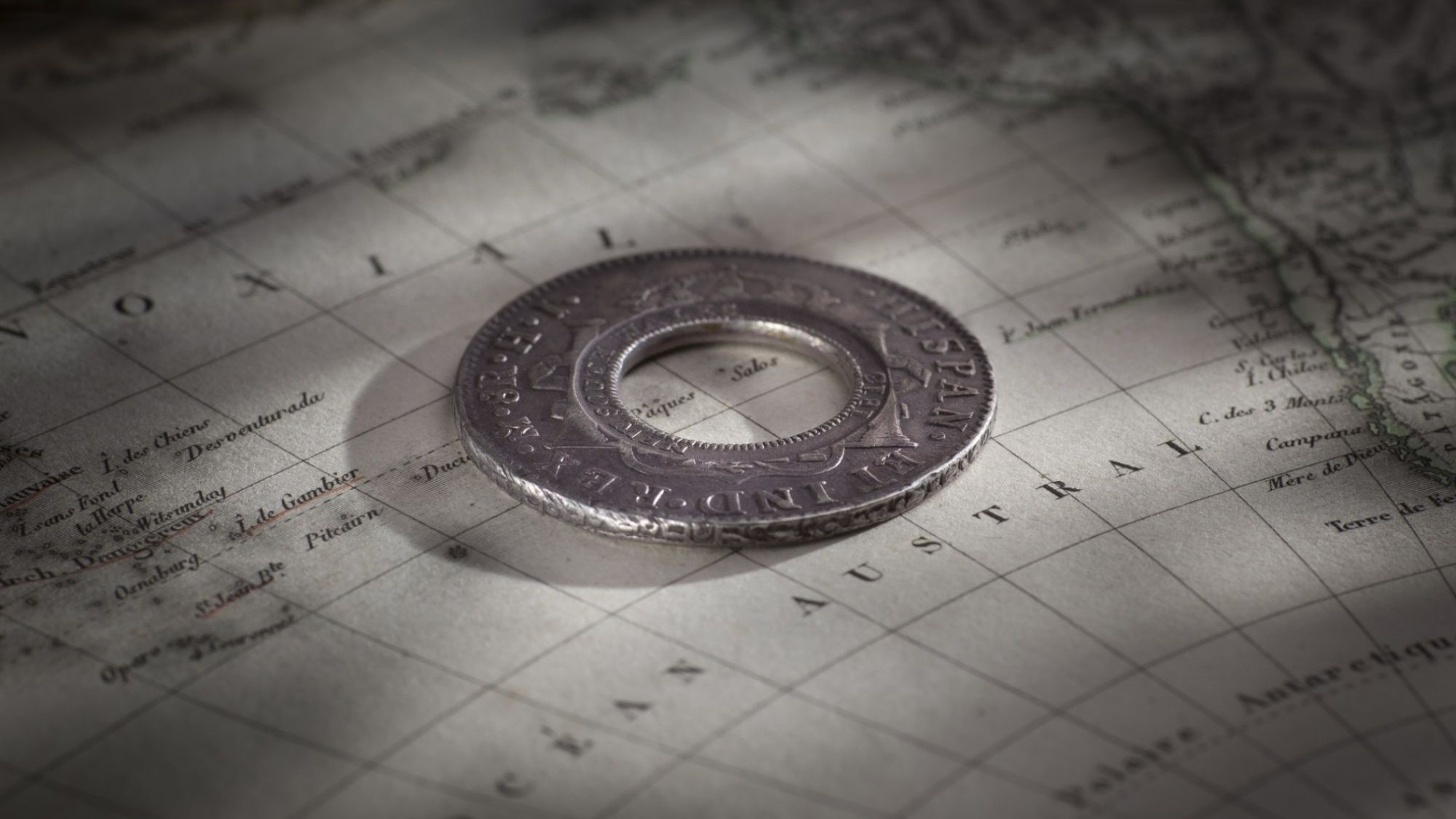 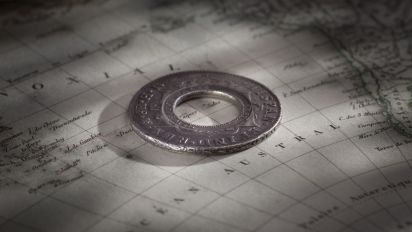 When William Henshall created this Holey Dollar, he grabbed a Spanish Silver Dollar that had been struck at the Mexico Mint in the year 1810 and that depicted the legend and portrait of King Ferdinand VII of Spain.

The photographs clearly show that this coin is well struck, a point worth noting as most Ferdinand Holey Dollars have an inherent weakness in their striking.

Visually this coin is stunning and of the twelve privately held Ferdinand Holey Dollars we rate this coin as being in the top three for quality and eye appeal. 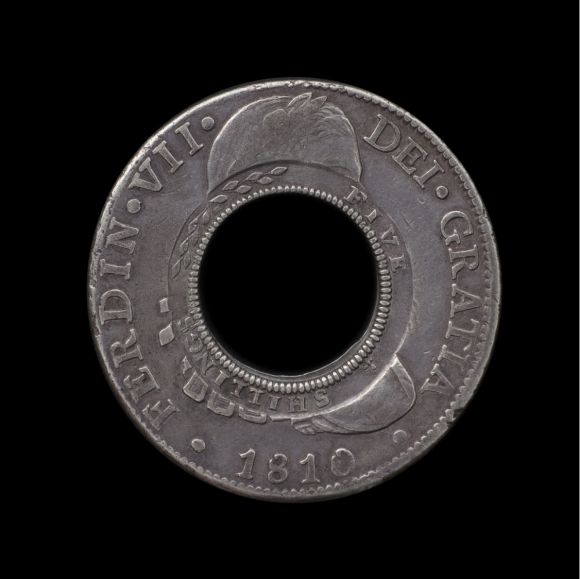 A well struck Ferdinand Holey Dollar, struck on a silver dollar minted in 1810. 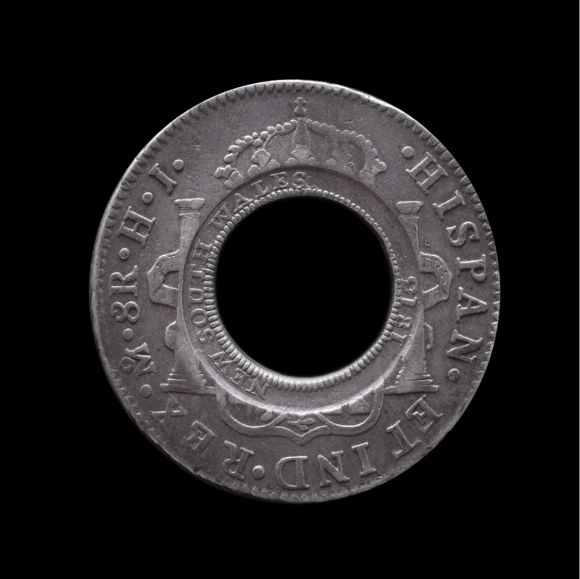 The original coin and the counter stamps are superb for quality.

Governor Lachlan Macquarie’s order for 40,000 Spanish Silver Dollars was not date specific. Any date would do. Any monarch would suffice. King Charles III, Charles IIII, Ferdinand VI or Ferdinand VII.

A major study completed in 1988 by Messrs. Mira and Noble identified a total of 176 privately owned Holey Dollars.

And confirmed the relative frequency of the four monarchs within that total. Their results are summarised below.

And if you are doing the math on the numbers quoted above, yes it does total 175.

And the missing coin? The Hannibal Head Holey Dollar featuring the imaginary portrait of the Spanish monarch, sold by Coinworks in August 2018 for $500,000.

Given that the Mira Noble data was compiled in 1988, it stands to reason that several examples must have been discovered over the past 30 years.

And that is indeed the case.

According to our research, the list of 176 privately owned Holey Dollars can now be updated to 192, with the addition of 16 recently discovered examples.

The monarch's portrait -  and date - depicted on the newly discovered Holey dollars is summarised below.

But the important point to come out of this statement is that NO Ferdinand VII Holey Dollars have surfaced since 1988.

Ferdinand Holey Dollars. 'Politics 101' played out in the 19th century.

Napoleon Bonaparte emerged as the strongman of Europe in 1799 leading his armies across Europe deposing monarchs and dominating the entire continent. At the time Spain was ruled by the Bourbon monarch, King Charles IIII and was an ally of France.

King Charles IIII was pressured into abdicating the Spanish throne in March 1808 to his son Ferdinand VII.

The latter reigned for less than two months.

Both Charles IIII and Ferdinand VII were duped by Napoleon Bonaparte into ceding the Spanish throne to Bonaparte’s older brother Joseph who assumed rule of the Spanish kingdom on 6 June 1808.

The Spanish colonial mints refused to acknowledge Bonaparte as the Spanish King and protested by continuing to strike their silver dollars with the legend and portrait of the exiled Ferdinand VII.

It’s politics 101. Played out in the nineteenth century.

By 1813 the French position in Spain became untenable and Napoleon withdrew his troops and released Ferdinand VII from Valencay (France), where he had been imprisoned.

Ferdinand VII returned triumphantly to Madrid and re-claimed the Spanish crown early in 1814.