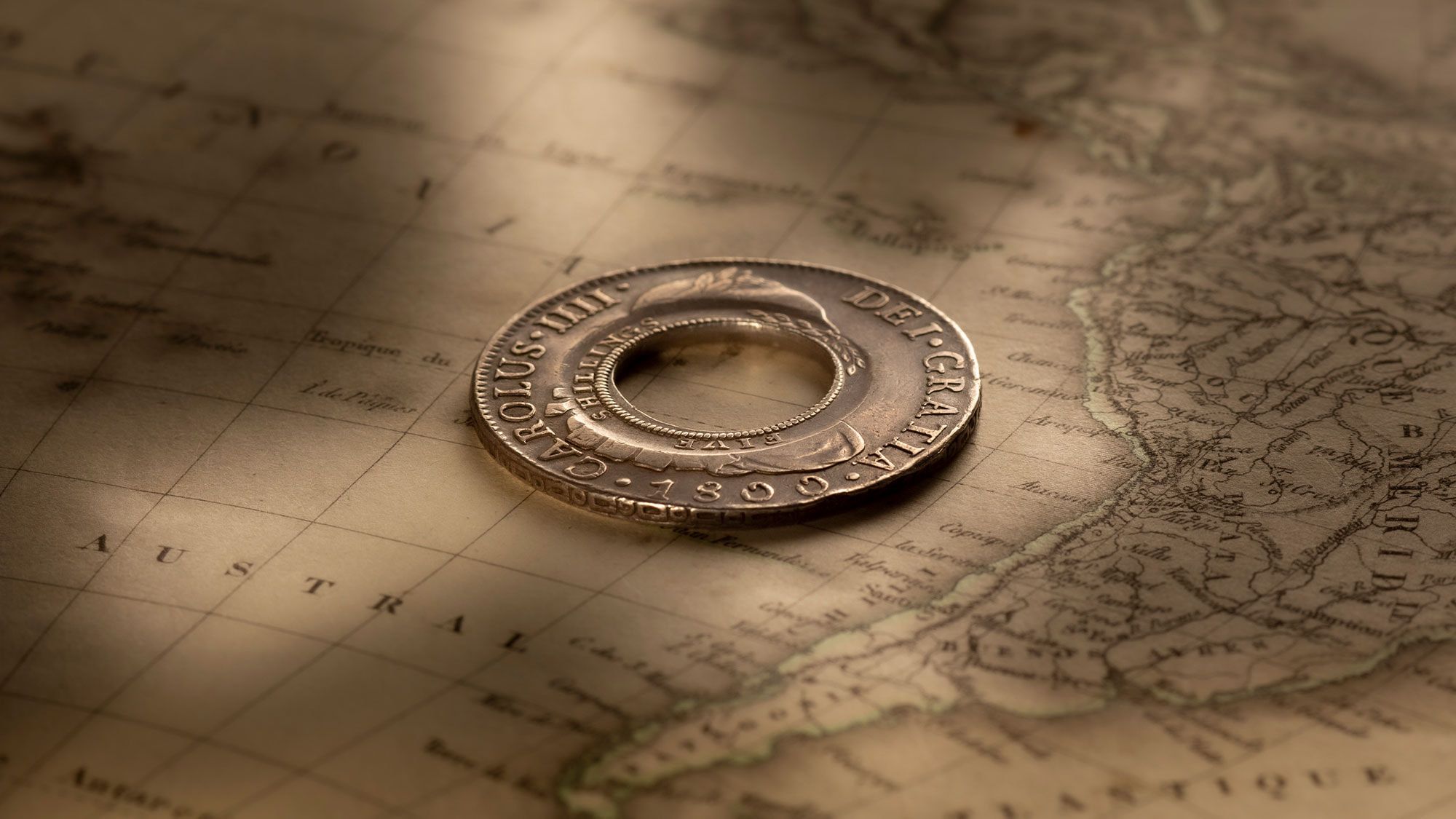 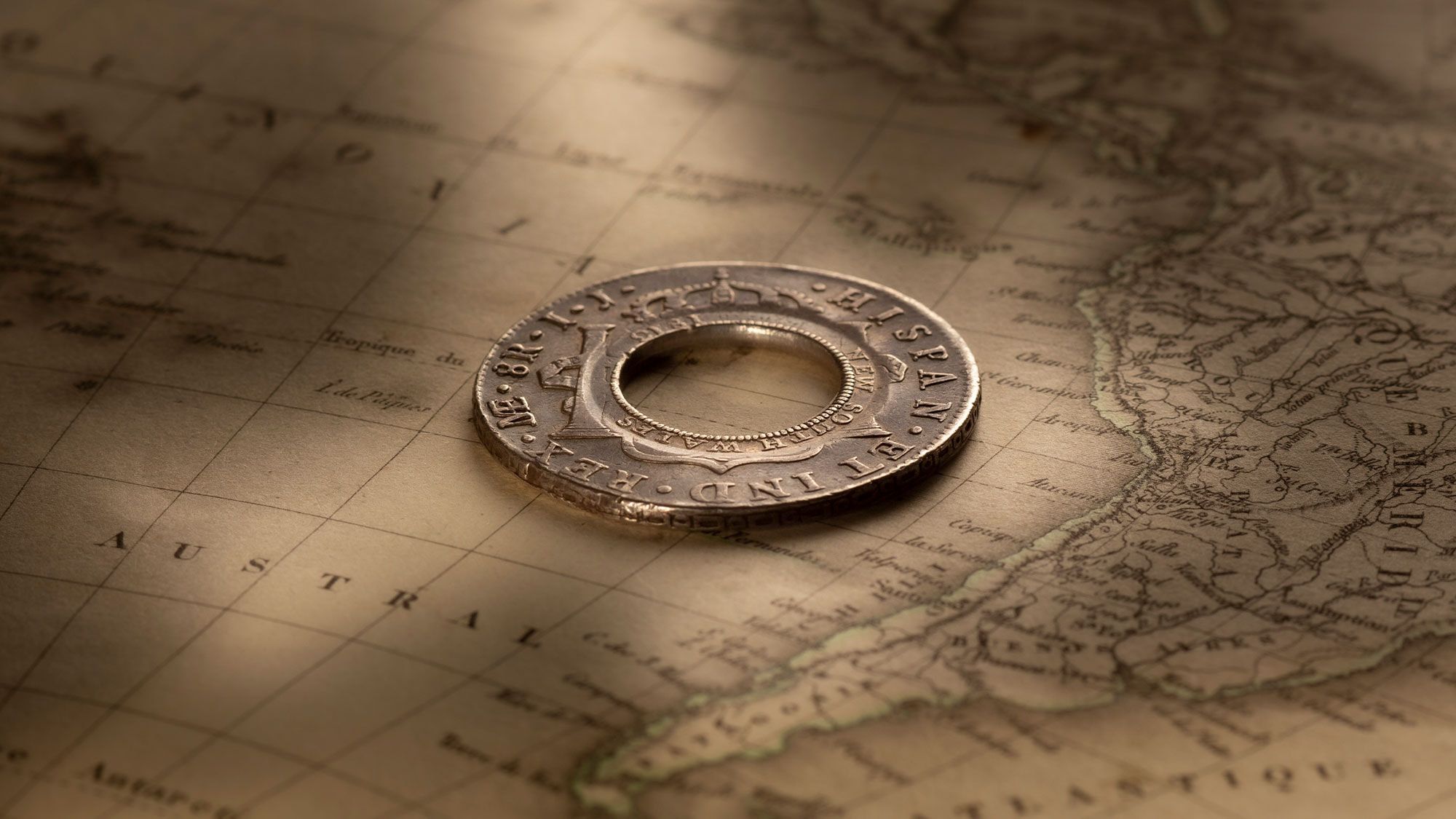 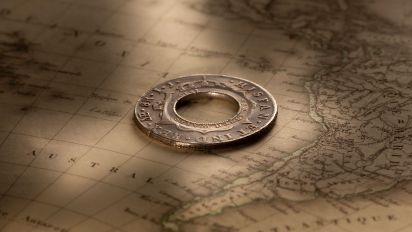 A Holey Dollar defined by the rare Lima Mint.

Governor Lachlan Macquarie imported 40,000 Spanish Silver Dollars to create the nation's first currency. His order was not date specific. Any year would suffice. Quality was irrelevant. And he didn't care where they were minted, Mexico, Peru, Bolivia or Spain. The reigning monarch at the time was also immaterial, King Charles III, Charles IV, Ferdinand VI or Ferdinand VII.

Of the one hundred and ninety privately owned Holey Dollars, about twenty (or ten per cent) were created from silver dollars minted at the Lima Mint in Peru.

By comparison, at least one hundred and fifty (eighty percent) of the privately owned Holey Dollars were created from silver dollars issued at the Mexico Mint.

In a career that has reached the half-century mark, this is only the FIFTH Holey Dollar we have offered that has ties to the Lima Mint in Peru.

The fabulous eye appeal of this coin relates to two factors. It is a superior quality Holey Dollar, in the top 15 per cent. And it has an even circular shape.

First up the quality.

The Spanish Silver Dollar was the world’s greatest trading coin and most of the coins in Macquarie's shipment of 40,000 coins would have been well worn. A formal study of the surviving Holey Dollars, undertaken in 1988, confirms the fact.

More than fifty per cent of Holey Dollars are found well circulated, in a quality ranging from Fair through to Good Fine. At Good Very Fine, this coin is a high quality Holey Dollar, in the top fifteen per cent. The design details are crisp and clear, the fields relatively unmarked.

The counter-stamps of this Holey Dollar are graded in the premium quality levels of Nearly Extremely Fine.

A Holey Dollar that fared very well through the production process.

Great force had to be exerted on the Spanish Silver Dollar to punch out the central hole. As a consequence, many Holey Dollars are found slightly dished and distorted. And while the dishing does not impact on the value of the Holey Dollar, it can impact on the coin visually.

This is simply a fabulous Holey Dollar, the even shape allowing the design details to be displayed to the max. You will be proud to show it off to family and friends. And they will be in awe! 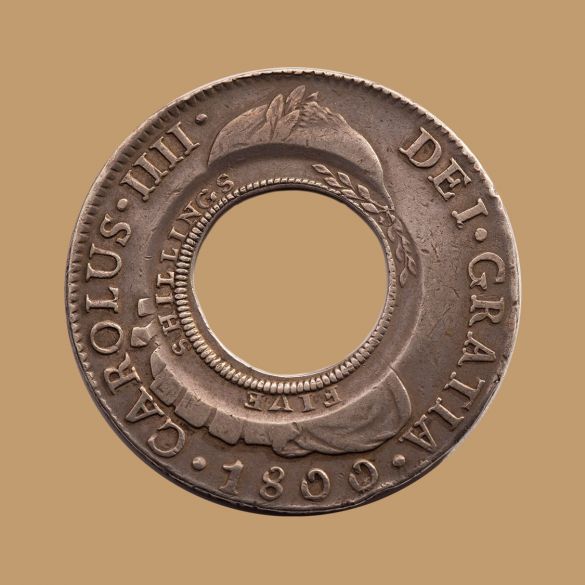 This 1813 Holey Dollar was created from a Spanish Silver Dollar that had been minted in 1800 at the Lima Mint in Peru. The original silver dollar has a grading level of Good Very Fine. The counter-stamps higher again at Nearly Extremely Fine. 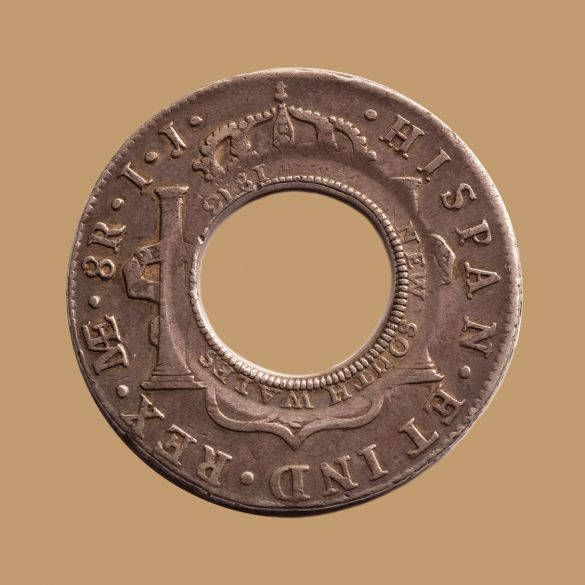 . REX . LMAE . 8R .
The distinctive mint mark 'LMAE' of the Lima Mint is featured in the legend on the left hand side of this Holey Dollar.