1813 Holey Dollar created from a Spanish Silver Dollar that had been struck at the Lima Mint, Peru, in 1808. 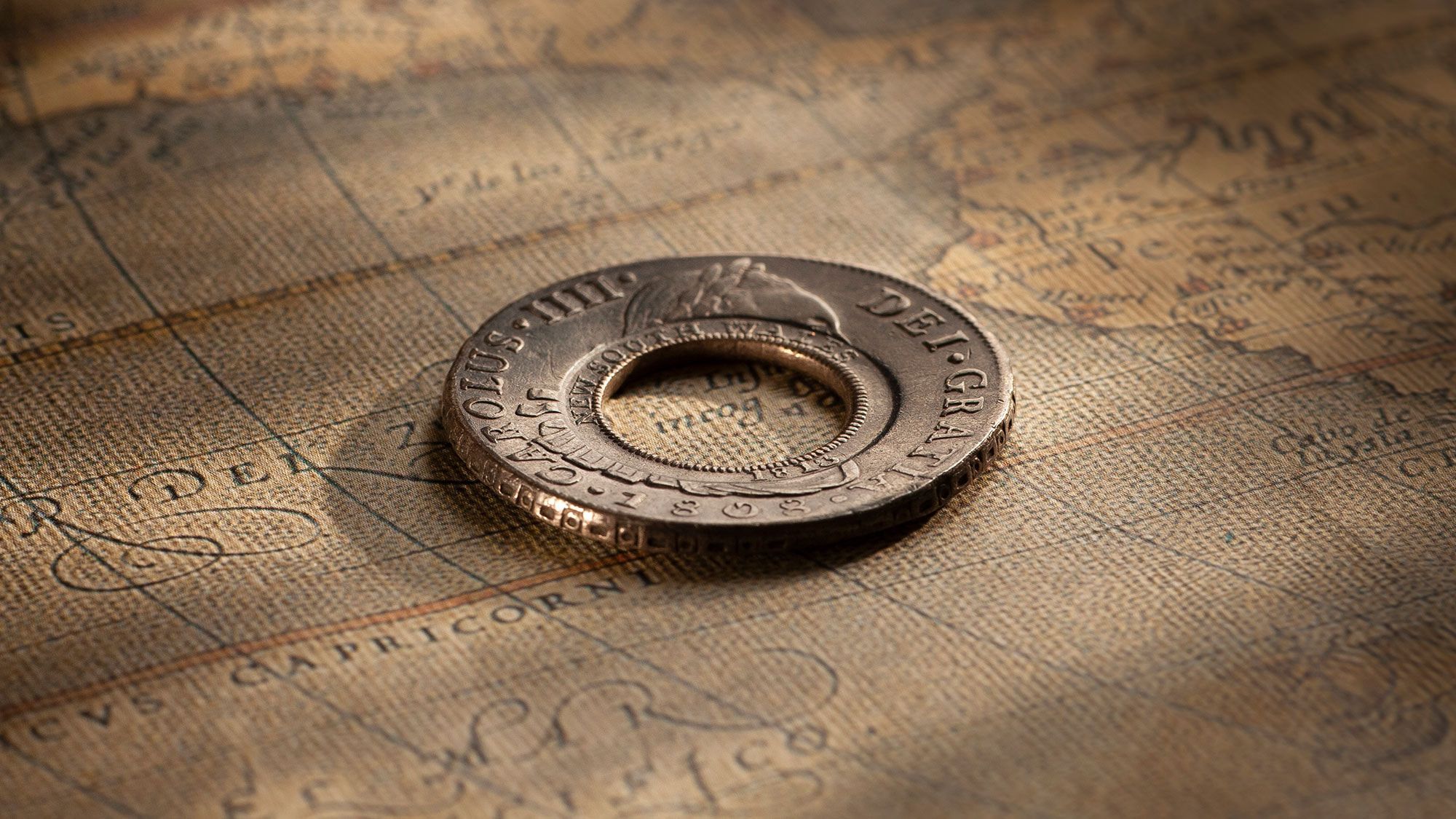 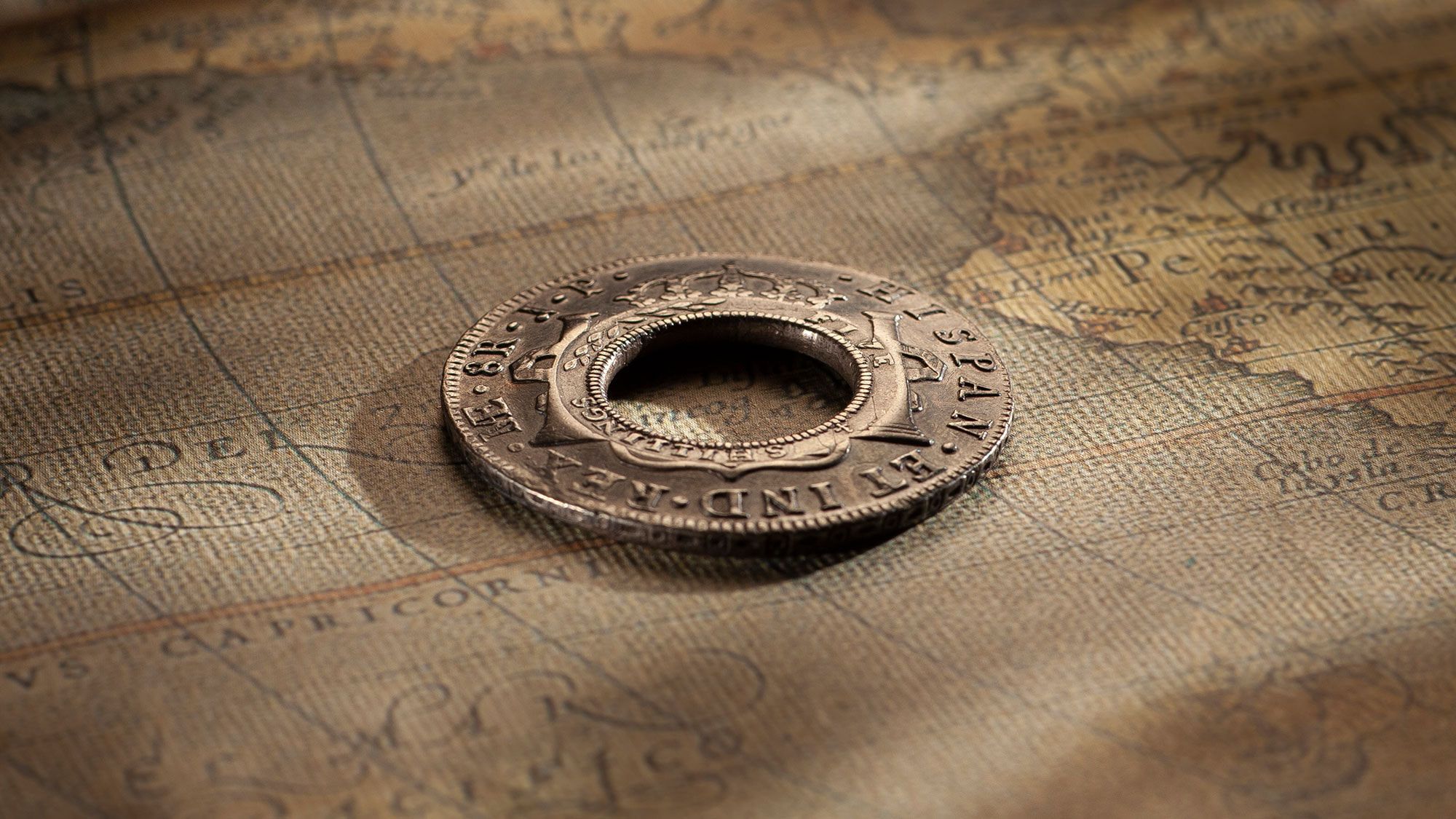 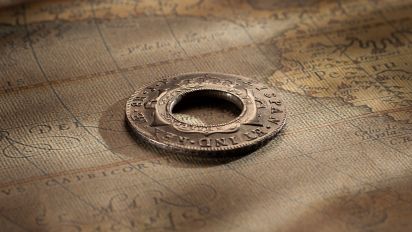 Governor Lachlan Macquarie etched his name into numismatic history forever when in 1812 he imported 40,000 Spanish Silver Dollars to alleviate a currency crisis in the penal colony of New South Wales. Macquarie's order for silver dollars did not specify dates. Any date would do. He wasn't concerned about the various mints at which they were struck ... Mexico, Lima, Potosi or Madrid. Nor was he fussy about the quality of the coins.

Concluding that the shipment of 40,000 Spanish Silver Dollars would not suffice, Macquarie enlisted the services of emancipated convict William Henshall to cut a hole in the centre of each dollar, thereby creating two coins out of one, a ring dollar and a disc. The donut shaped silver piece, with the hole in the middle, was over stamped around the edge of the hole with the date 1813 and New South Wales to create the 1813 Holey Dollar. Its monetary value was five shillings.

When William Henshall created this Holey Dollar he picked up a Spanish Silver Dollar that had been struck in 1808, the critical point here was that the silver dollar had been struck at the Lima Mint in Peru.

Had Henshall been a numismatist, or had the time and the inclination, he may have noticed that the majority of Spanish Silver Dollars that he was handling had been struck in Mexico. That silver dollars from the Lima Mint were extremely scarce.

But, committed to the task of creating holey dollars from silver dollars, he proceeded to cut a hole in the silver dollar and continued the minting process by over-stamping the inner circular edge of the hole with the words New South Wales, the date 1813 and the value of five shillings. In so doing, he created this 1813 Holey Dollar.

As the Spanish Silver Dollar was the world’s greatest trading coin, most of the coins in Macquarie's shipment of 40,000 coins would have been well worn. A formal study of the surviving Holey Dollars, undertaken in 1988, confirms the fact. And also confirms that this Holey Dollar is indeed the exception.

Two hundred Holey Dollars are held by private collectors the silver dollars coming from Mexico, Peru, Bolivia and Spain. And this particular Holey Dollar, with a technical grading of Good Extremely Fine, is ranked number four out of the two hundred.

Which means that only three coins are ranked higher in quality. And one hundred and ninety six are ranked further down the quality scale.

Now if we refine our search and look at only those Holey Dollars that were created from Spanish Silver Dollars minted in Peru, this coin is the absolute finest. It is number one and the very reason why it has been called upon and put on show, at the Macquarie Bank in Sydney and the Royal Australian Mint in Canberra.

In a career that is approaching the half-century mark, this is only the FIFTH Holey Dollar we have offered that has ties to the Lima Mint in Peru.

The very reason why we say that while all Holey Dollars are rare, some are far rarer than others.

The counter stamps New South Wales, 1813 and Five Shillings are graded About Uncirculated indicating minimal use after the silver dollar was converted to a Holey Dollar. 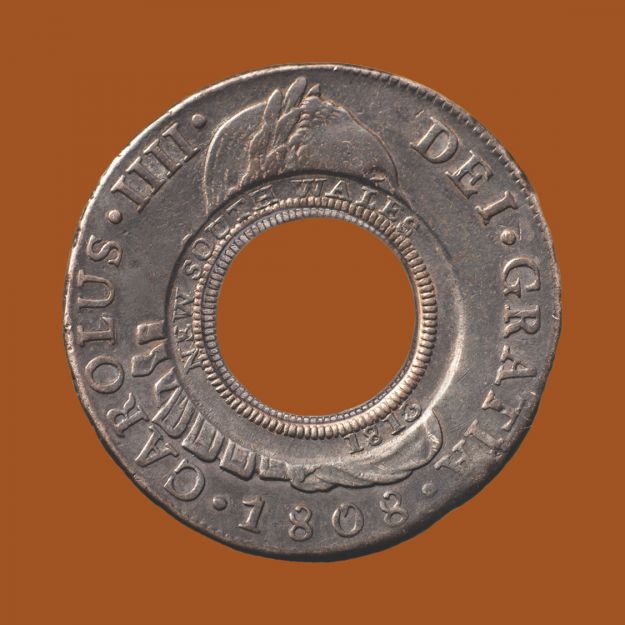 This Holey Dollar is one of the very few struck with the counter stamps 'New South Wales' and '1813' in the same vertical vista as the date '1808'. Aesthetically, this is the optimum position of the counter stamps. 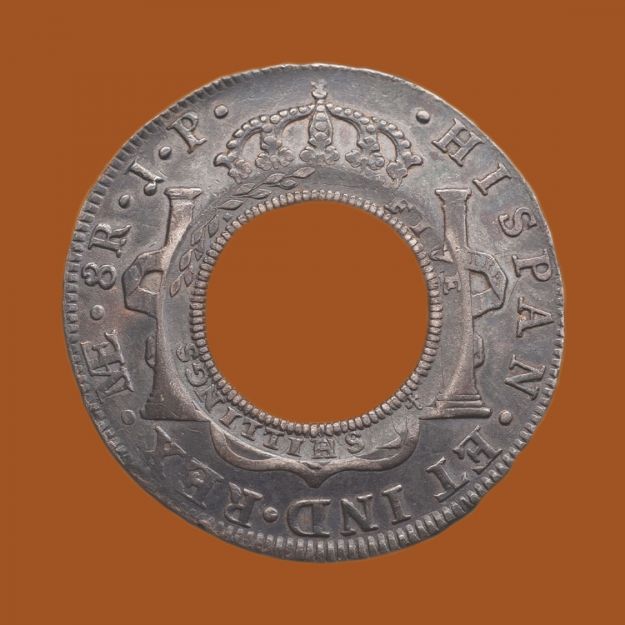 . REX . LMAE . 8R .
The distinctive mintmark LMAE of the Lima Mint is featured in the legend on the left hand side of this Holey Dollar.