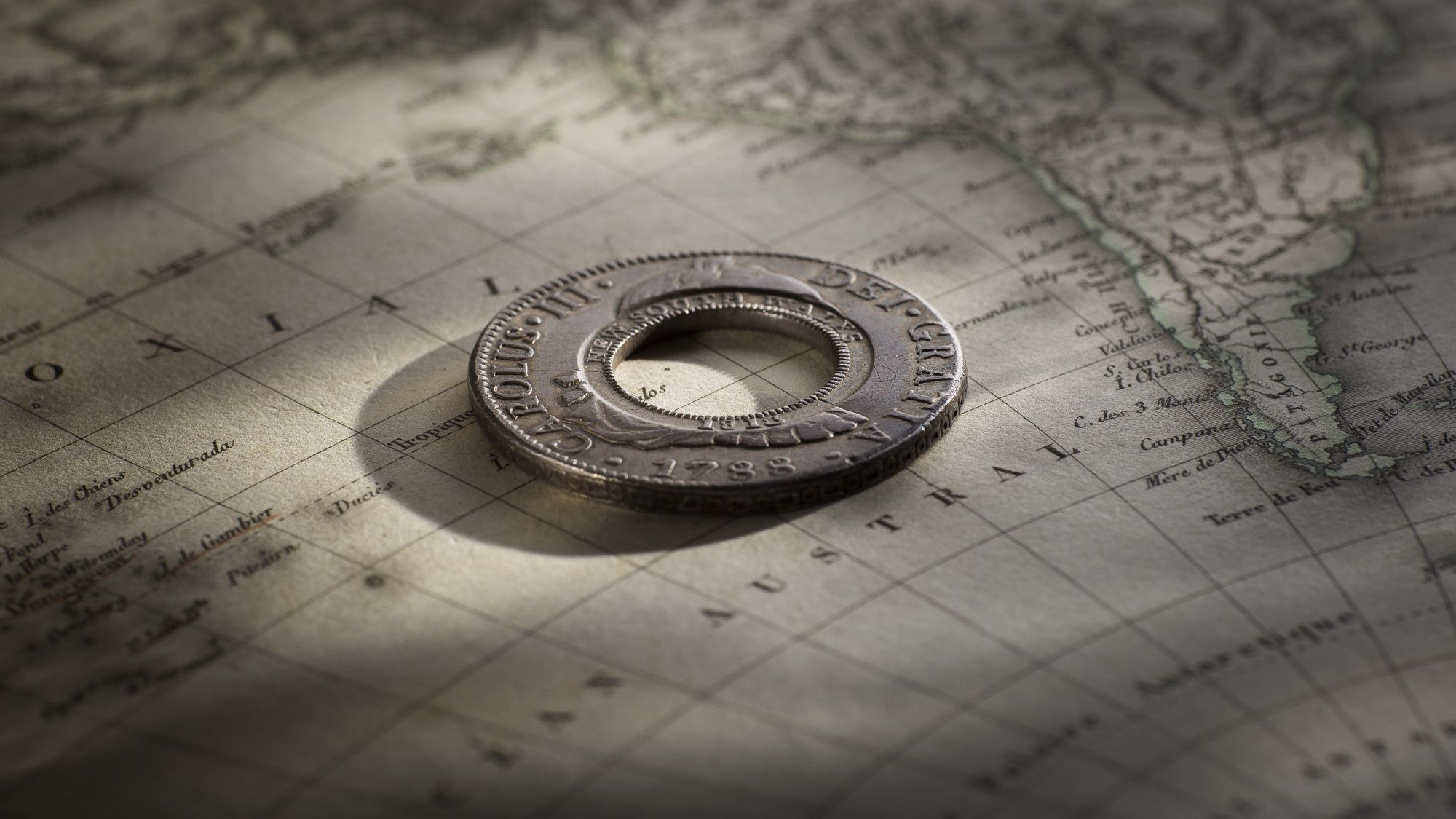 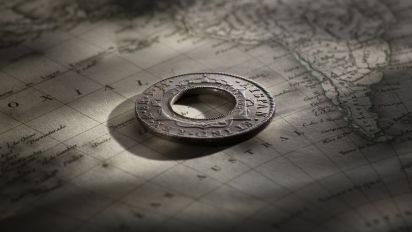 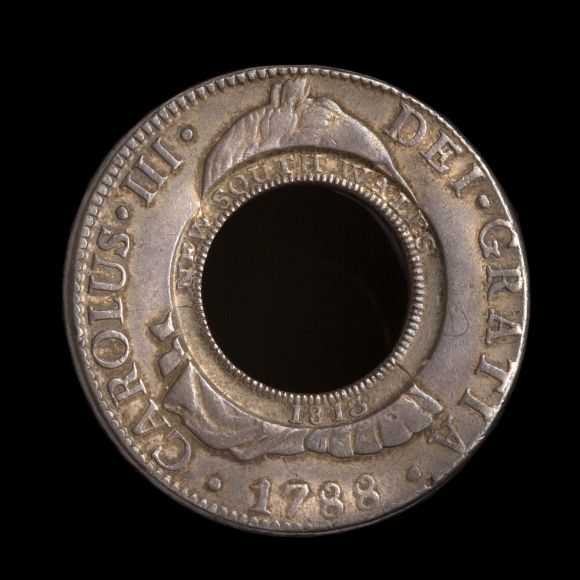 The quality of the original Spanish Silver Dollar is About Extremely Fine and superb as such.

It is a statement of fact that finding a high quality Charles III Holey Dollar is far harder than finding one depicting the portrait of Charles IIII.

As compared to a Spanish Silver Dollar minted in 1807 (Charles IIII), that had only 6 years of circulation before Henshall got involved.

This particular Holey Dollar displays the most desirable position for the counter stamps in relation to the original coin.

There is some suggestion … and it is only a suggestion that this particular coin was never intended to go into circulation, but was struck as a presentation piece under specific instructions from Governor Lachlan Macquarie.

Historians note that vertical counter stamps were struck on a Holey Dollar laid by Governor Macquarie in the foundation stone of the Lighthouse at the ‘Gap’ in New South Wales.

This Holey Dollar is the 'text book' coin, a classic piece. The very reason why it was selected by the Macquarie Group as the representative Holey Dollar for their web advertising.

There is no doubt that provenances count and this Holey Dollar has one of the oldest provenances. And a revered one at that.