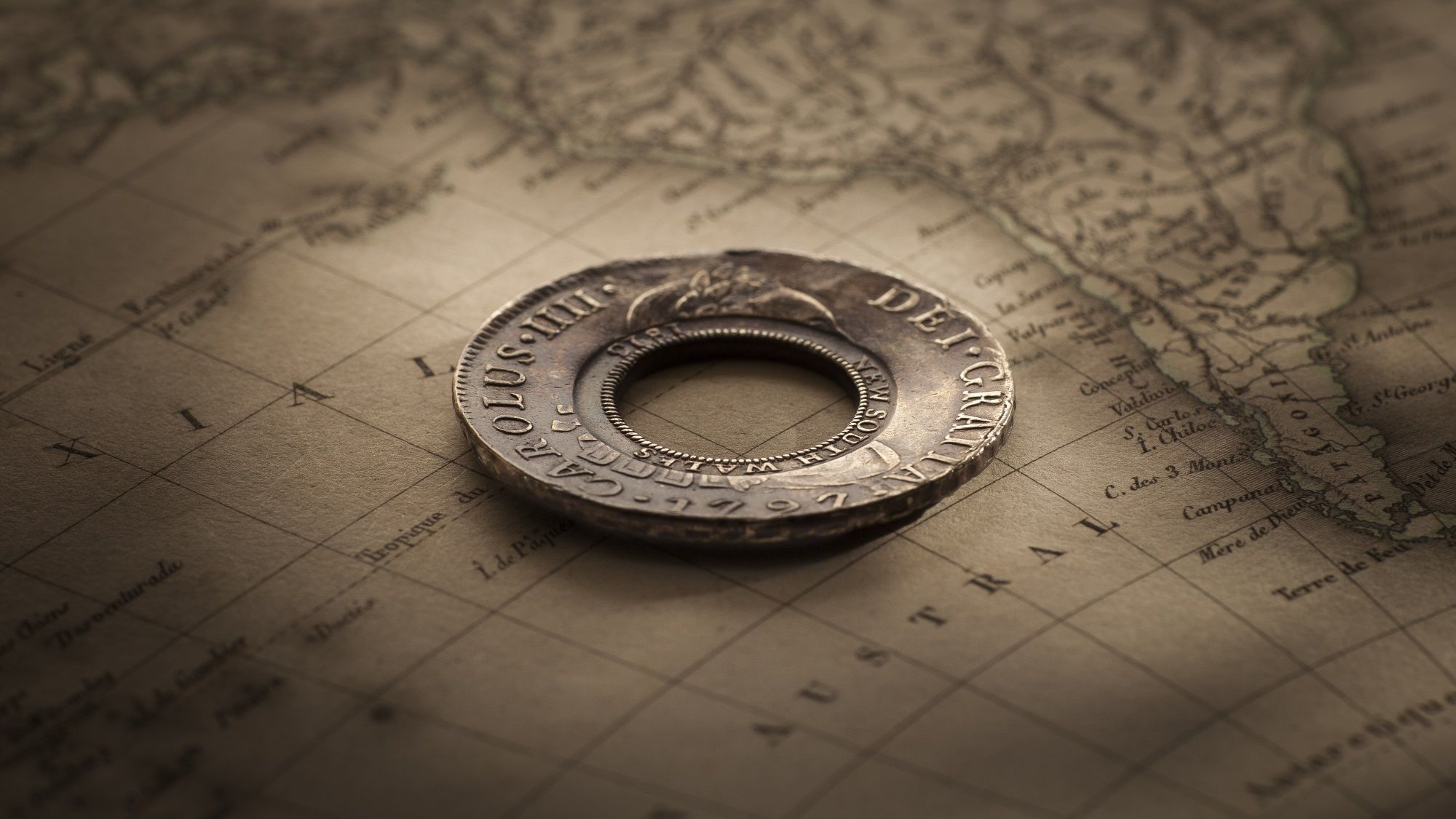 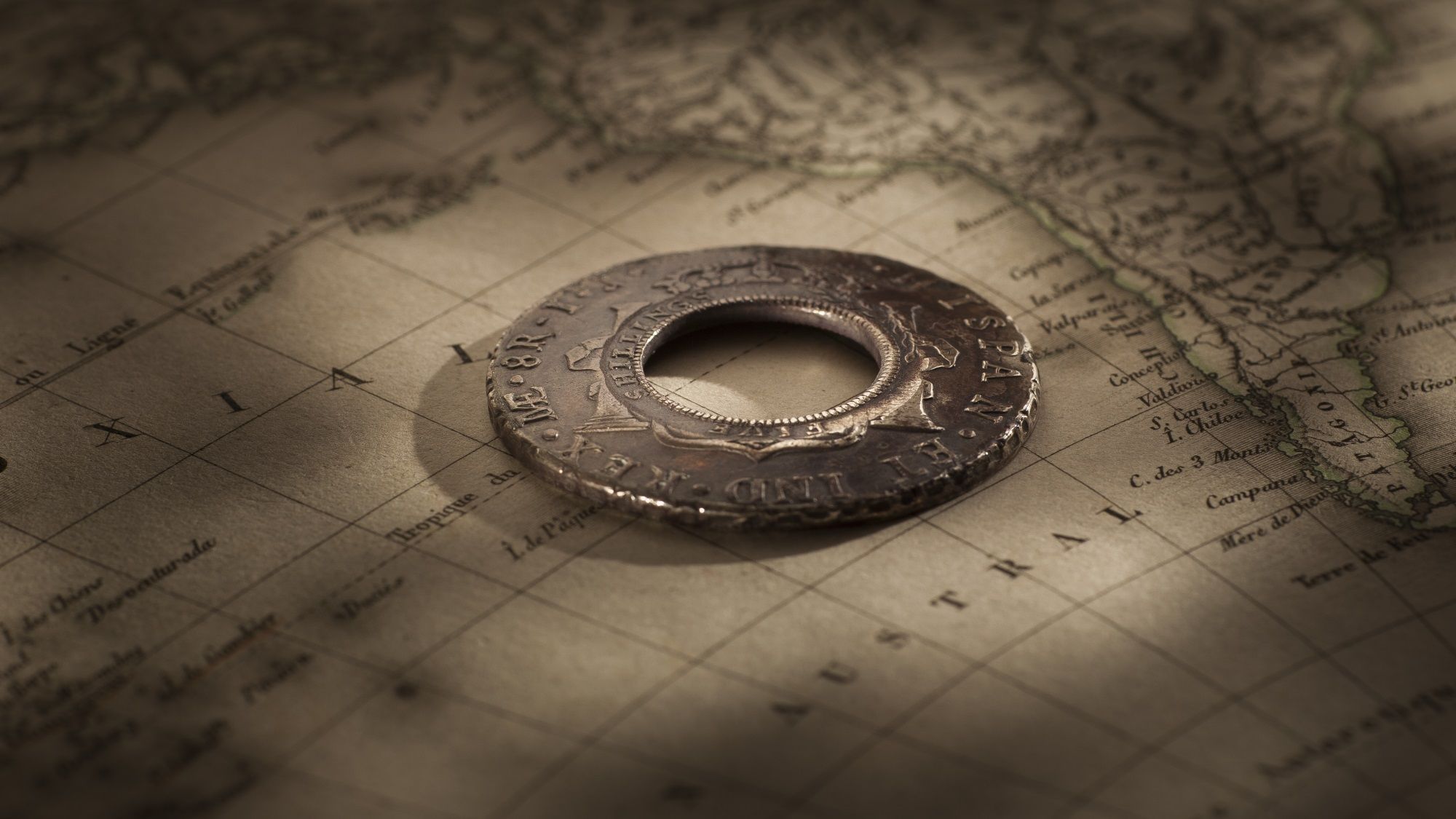 1813 Holey Dollar struck from a 1797 Lima Mint Silver Dollar
COIN
1813 Holey Dollar struck from a 1797 Lima Mint Silver Dollar
PRICE
$195,000
STATUS
Sold February 2018
QUALITY
Good Very Fine
PROVENANCE
Private Collection Queensland
COMMENTS
Recent auction results, in London and in Germany, clearly show that Australian collectors are feeling the heat of international demand for Holey Dollars. And are being muscled out in their quest for an example of Australia's very first coin. The demand will ultimately place upward pressure on prices. So if you have been contemplating a Holey Dollar purchase, this offer is timely. This Holey Dollar is distinguished by quality. With original coin at Good Very Fine and the counter stamps at Extremely Fine, it is a high calibre piece. And with ties to the Lima Mint, this Holey Dollar also is characterised by rarity. Of the 200 privately owned Holey Dollars, only 11 per cent have ties to the Lima Mint. (It is noted that Coinworks last recorded sale of a Lima Mint Holey Dollar was five years ago, in February 2013.) Given recent market activity with Holey Dollars, we believe this coin to be very favourably priced. 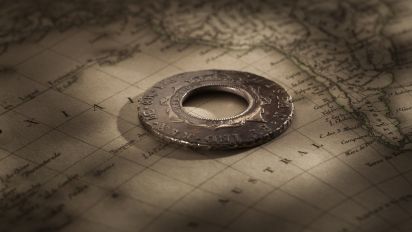 When William Henshall created this Holey Dollar, he picked up a 1797 Spanish Silver Dollar that had been struck at the Lima Mint in Peru.

Had Henshall been a numismatist, he would have identified that of the 40,000 silver dollars imported by Macquarie, most of them had come from the Mexico Mint. That as a product of the Lima Mint, the dollar he was about to hole was extremely scarce and might have been worth holding on to.

Committed to the task, Henshall proceeded to cut and over stamp the 1797 Spanish Silver Dollar and in so doing create an 1813 Holey Dollar. This Holey Dollar.

It is a fact that while all Holey Dollars are rare, those coins created from silver dollars struck at the Lima Mint in Peru are rarer again.

The Holey Dollar is one of Australia’s most desirable coins. Talk to those fortunate enough to own one, either private collectors or institutions such as Macquarie Bank, National Museum of Australia and the Mitchell Library, and they will tell you that the Holey Dollar is viewed as the jewel in their collection. And that statement is made irrespective of the quality level.

The coin is rare. And the coin is steeped in history.

A Holey Dollar can resemble a washer if it is well circulated. Or it can reach the heady quality heights of the record-breaking Madrid Holey Dollar. Or it can be in a quality level somewhere in between. No matter the quality, the pleasure of ownership is immeasurable.

Once you move from the well circulated Fine and Good Fine quality levels up to the Very Fine and Good Very Fine echelons, the differences in quality are marked and noticeable and clearly visible to the naked eye. It is the detail in the hair, the robes and the overall state of the fields as evidenced in this Holey Dollar.

No other coin has had so many books written about it.