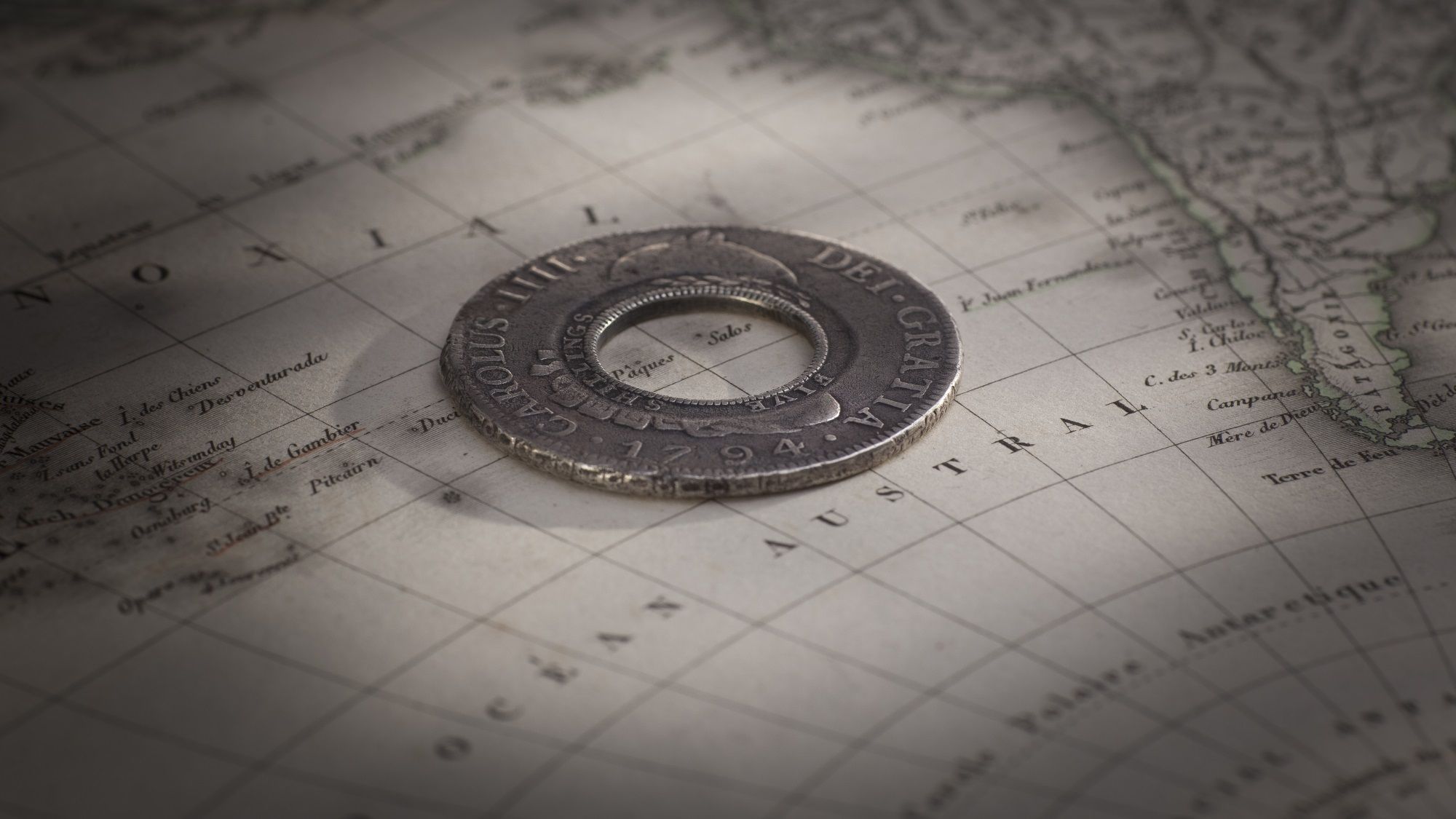 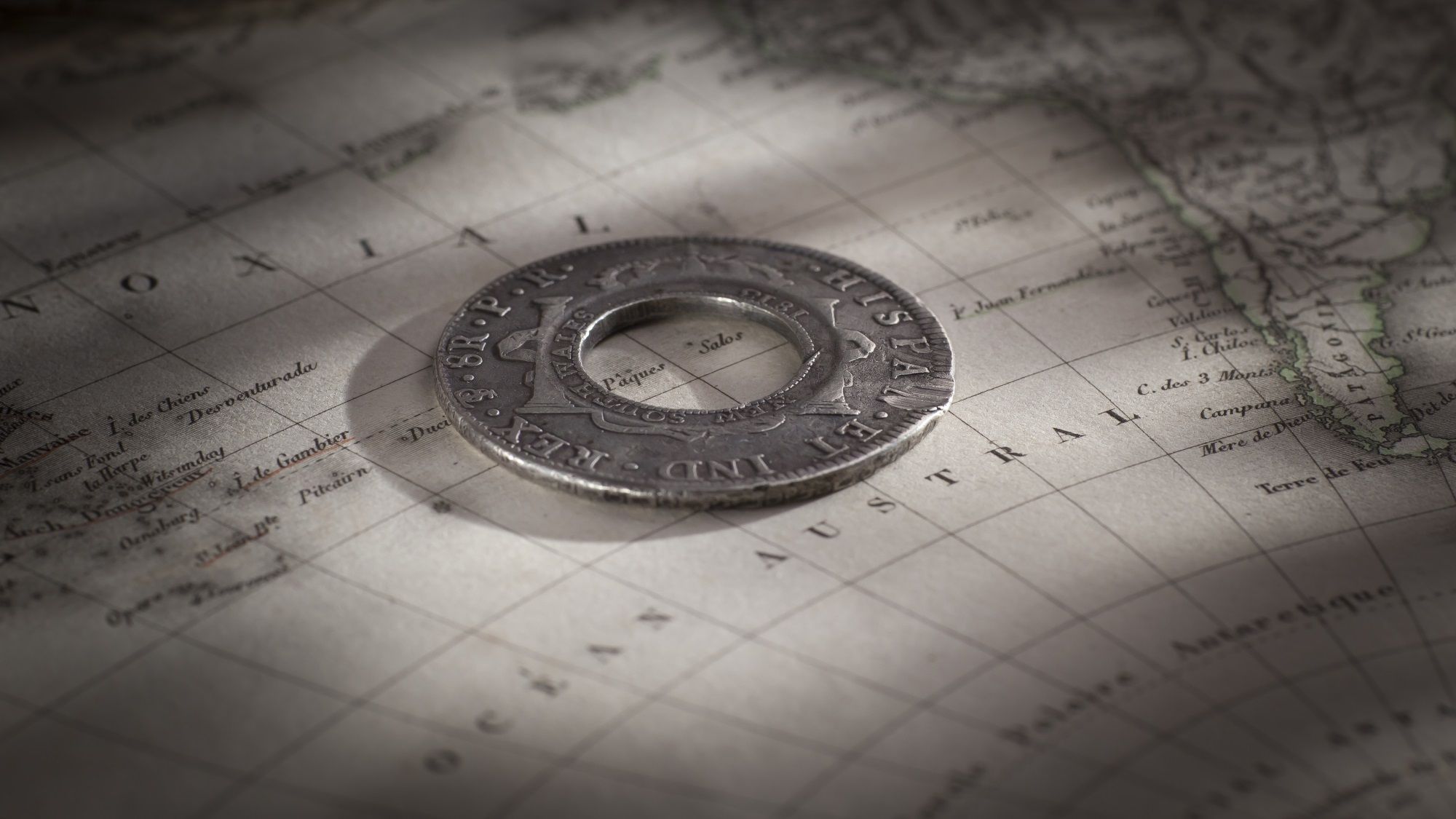 1813 Holey Dollar struck from a 1794, Potosi Mint, Spanish Silver Dollar.
COIN
1813 Holey Dollar struck from a 1794, Potosi Mint, Spanish Silver Dollar.
PRICE
$95,000
STATUS
Sold August 2018
QUALITY
Good Fine
PROVENANCE
Spink Australia Auction 14, November 1984
COMMENTS
This Holey Dollar has the two words ‘POTOSI MINT’ in its description and those two words place it in a class all on its own. Holey Dollars that were created from silver dollars struck at the Potosi Mint in Bolivia are the RAREST of the rare. In 1988 Messrs. Mira and Noble catalogued and published a record of the known surviving Holey Dollars identifying those that were held by private collectors and those held in institutions. Only 15 privately owned coins had ties to the Potosi Mint. Next up for availability was the Lima Mint in Peru with 17 available; the Mexico Mint being the most frequently sighted with 143 recorded examples. We note that we have only ever handled four Potosi Mint Holey Dollars, and this coin is one of the four. 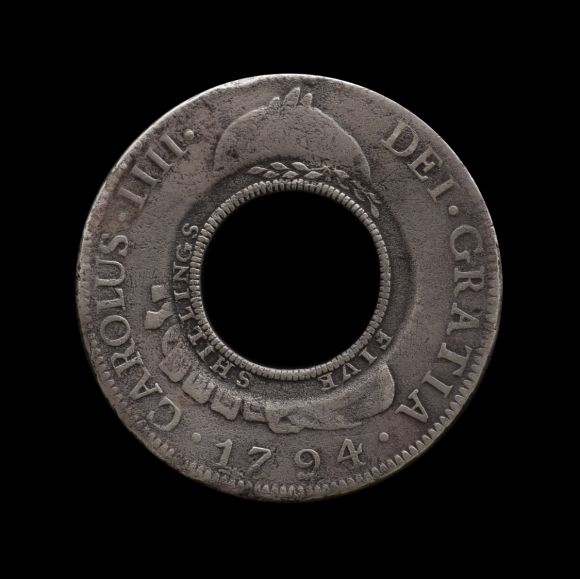 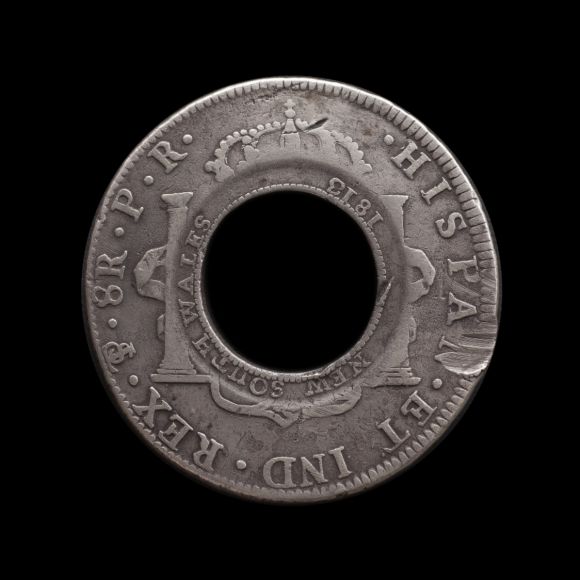