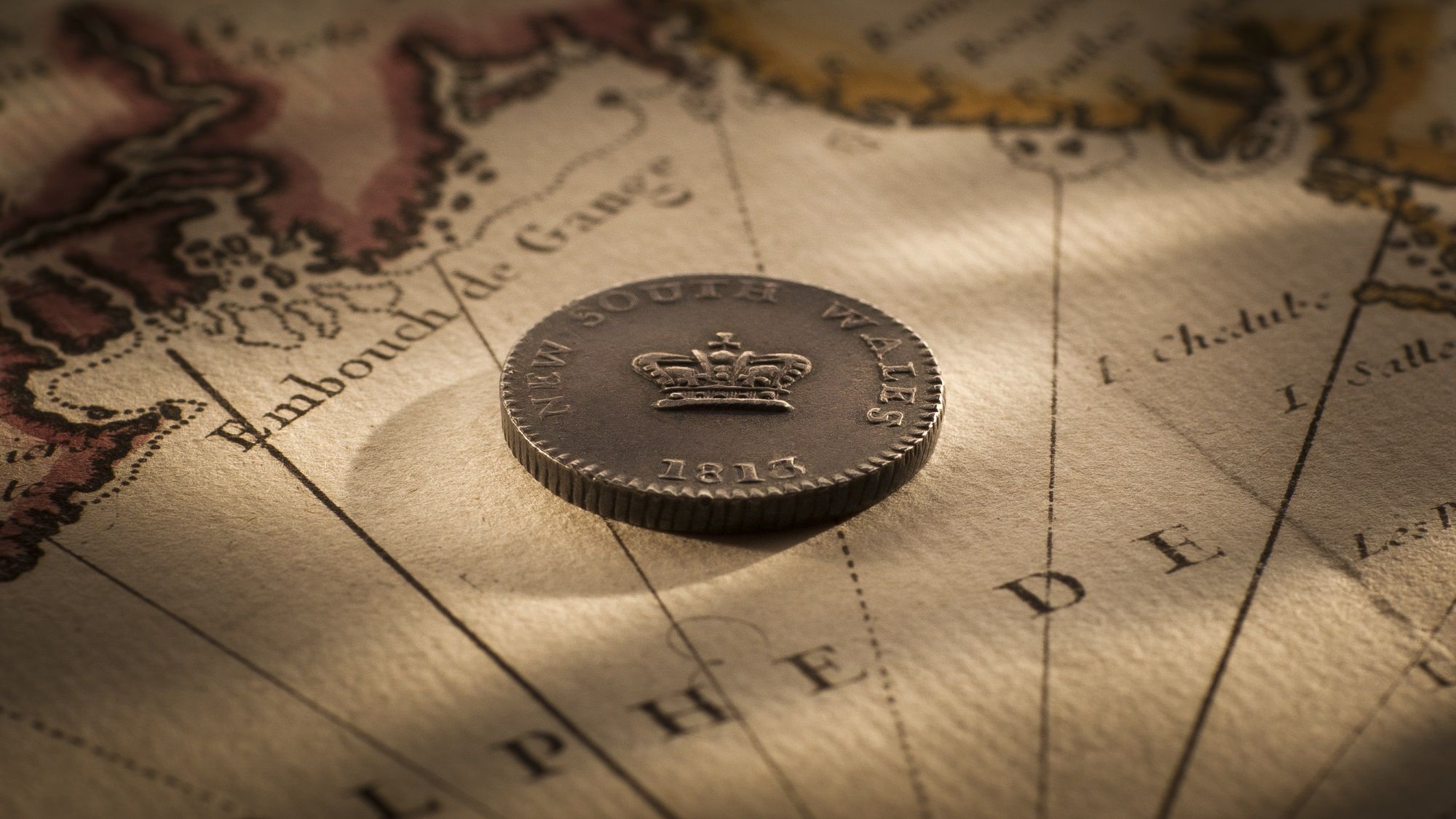 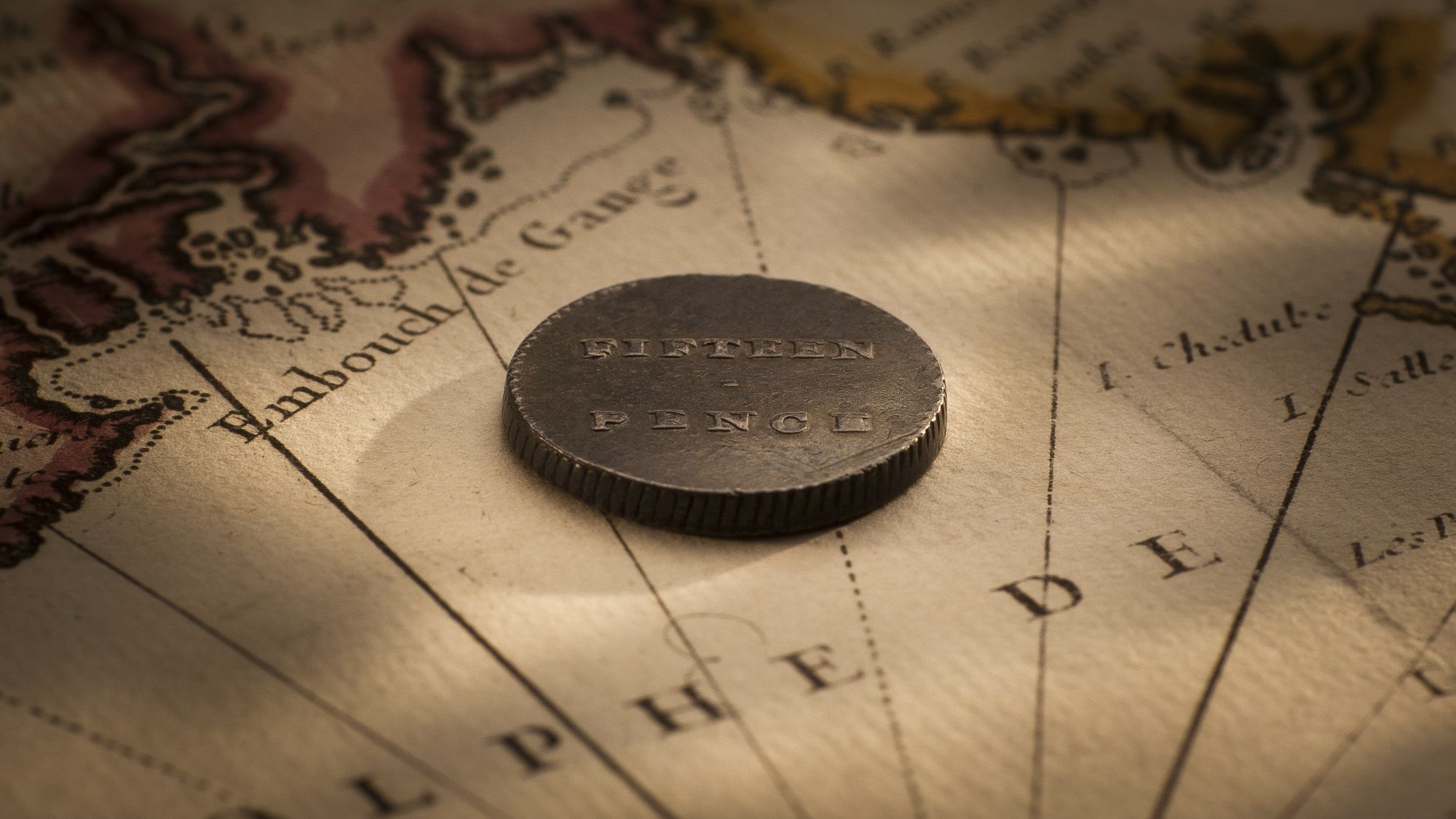 1813 Dump
COIN
1813 Dump
PRICE
$75,000
STATUS
Sold April 2017
QUALITY
good Very Fine
PROVENANCE
A.H.F. Baldwin, Private Collection NSW
COMMENTS
The 1813 Dump and its partner, the Holey Dollar, were the first coins struck in Australia. Not only are they very rare, but their fascinating history has made them two of the world’s most famous coins. This 1813 Dump is a premium quality piece. Presented in a quality level of good Very Fine it is ranked in the top eight per cent of known surviving examples and is definitely one to tuck away for the future. 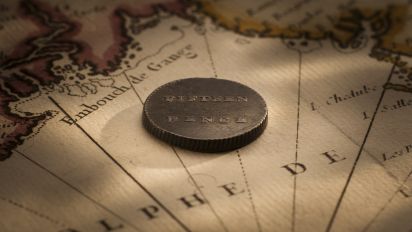 And that’s not to overlook its revered provenance. The name A. H. F. Baldwin attached to this coin will have an everlasting influence on its future investment value.

When you look at the quality variance of a high quality good Very Fine Colonial Dump (such as the coin we are selling) and a well circulated example as below, the differences are vast. 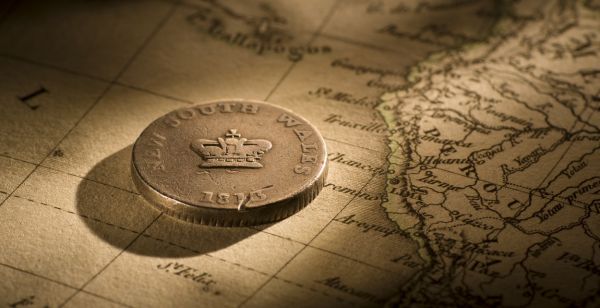 But the price differential is not so vast.

Which is why we believe that high quality 1813 Dumps are underrated and undervalued.

It is obvious when you look at the pie chart shown opposite, that finding a Colonial Dump in the lesser quality levels is a relatively easy task. The Dump with a value of fifteen pence circulated widely in the colony: the extreme wear on most Dumps evidence that they saw considerable use.

What is also obvious from the chart is that securing a Colonial Dump in a quality level of good Very Fine or better is a far more difficult task. We would sight one good Very Fine Dump on the open market annually.

So while the Dump with a value of fifteen pence may seem to be the diminutive partner of the Holey Dollar with its Five Shillings value, the reality is that top quality Dumps are extremely rare and as such highly valued.

What sets this Good Very Fine Dump apart from the well circulated example is as follows:
•    The fleur de lis on the left hand side and the right hand side of the crown have definition and have not melded into the coin.
•    The pearls to the left and right of the Crown are well defined and again have not melded into the coin.
•    The legend New South Wales and the date 1813 are strong and well contained in the coin.
•    Notice the oblique milling around the edge. Strong, well defined and fully evident.
•    The reverse Fifteen Pence is three dimensional. The ‘H’ for Henshall also is defined.
•    While the Holey Dollar glaringly shows that it is one coin struck from another, in a less obvious way so too does the Dump. Notice the underlying design detail in the coin under the lettering Fifteen Pence. That’s the design from the center of the original Spanish Dollar from which this Dump was created. We refer to it as the undertype and its presence is highly prized.

This is without doubt an investment quality Colonial Dump offered at a value-plus price. 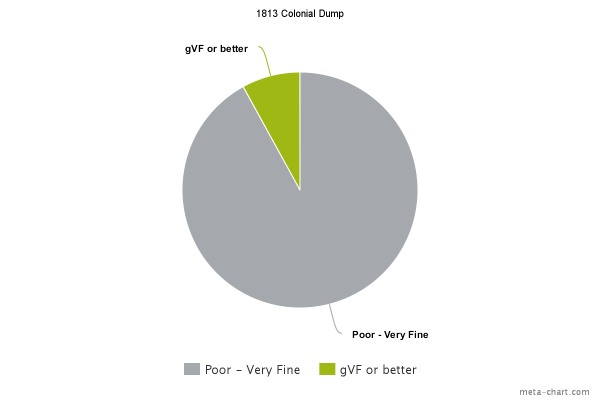