1813 Dump, an 'exhibition-worthy' example of the nation's first coin 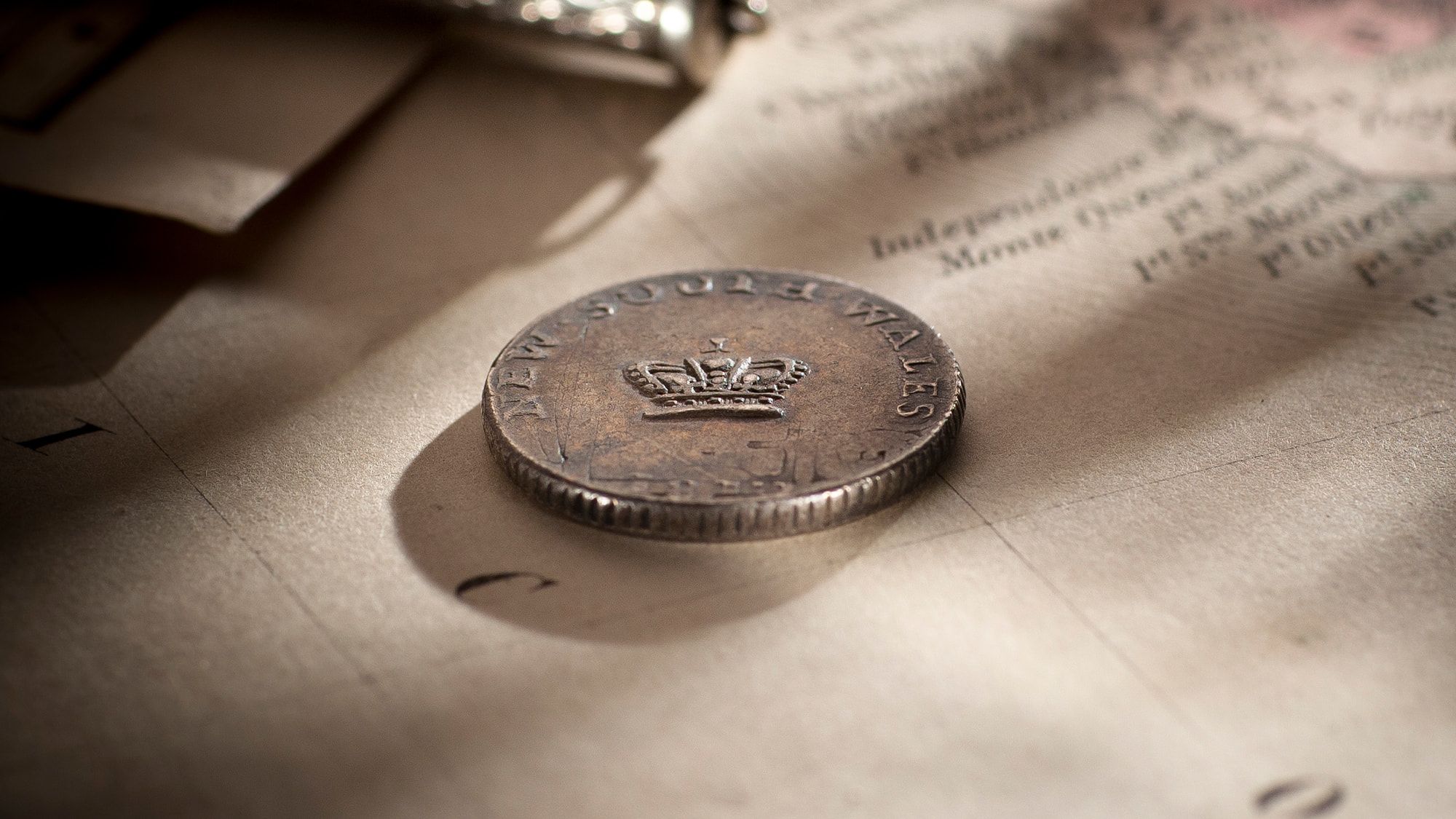 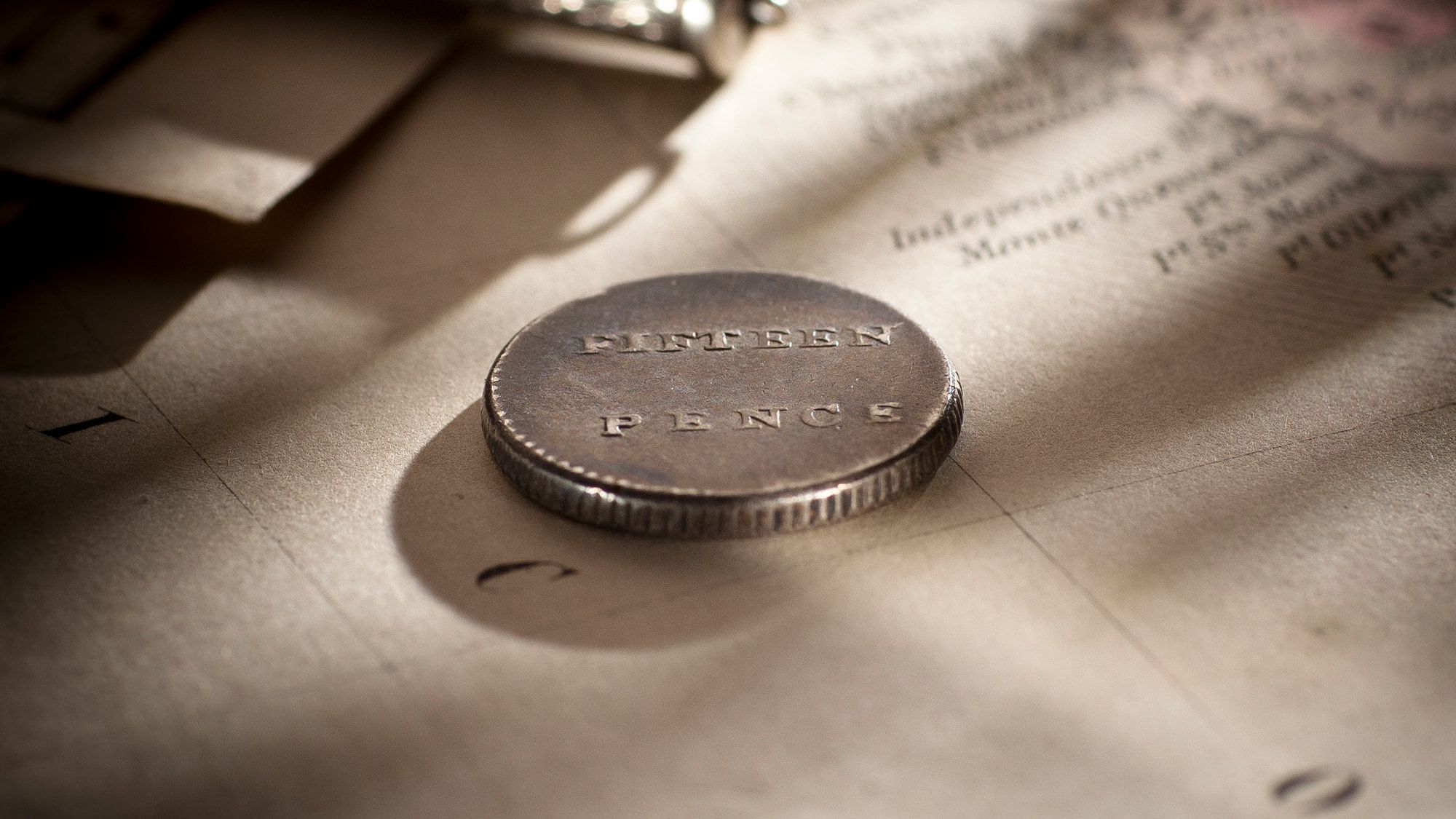 1813 Dump, an 'exhibition-worthy' example of the nation's first coin
COIN
1813 Dump, an 'exhibition-worthy' example of the nation's first coin
QUALITY
Nearly Extremely Fine, supreme quality and exceedingly rare as such
PROVENANCE
Osborne Collection sold by Noble Auctions July 1993. "All That Is Holey" Exhibition, Royal Australian Mint Canberra 2019
PRICE
$75,000
STATUS
Sold November 2020
COMMENTS
The buyer of this 1813 Dump will take pride in knowing that the coin was formerly held as part of the legendary Osborne Collection. The buyer will also take pride in knowing that this Dump was exhibited in 2019, at the Royal Australian Mint Canberra, in the 'All That Is Holey' Exhibition. The coin was a natural contender for inclusion in the exhibition. It was struck from the very rare D/2 dies. And with a quality grading of Nearly Extremely Fine, rests in the top three per cent of D/2 examples. It is clearly one of the best. But it was the strong evidence of the original Spanish Dollar design, that was the clincher for its inclusion in the Exhibition. It is acknowledged that Australia's first Mint Master, William Henshall, applied heat during the coining process to obliterate the original Spanish Dollar design from the Dump. He majorly slipped up with this coin for there is extensive evidence of the design elements of the original Spanish Dollar, the lion and the castle and the cross bars of the shield. Traces of the Spanish Dollar design are rarely seen and highly prized. This 1813 Dump is an acknowledged industry showpiece and is available now. 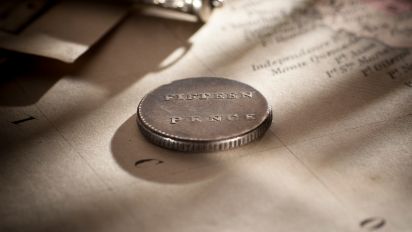 Osborne is a name that counts

The names Ahbe, Jewell, Baldwin and Osborne are littered throughout Australia’s numismatic history for the high calibre coins that each collector had accumulated and owned.

The Osborne collection was liquidated by Noble Auctions in July 1993 offering an almost complete collection of Square Pennies, a top 1930 Penny, Adelaide Pound Type I and Type II topped off with a stunning Holey Dollar and three superb Dumps,. And this coin was the finest of the three.

The quality of this coin, at Nearly Extremely Fine, places it in the top three per cent of surviving D/2 Dumps.

The importance of the original Spanish Dollar design

Over and above its supreme quality, this Dump shows considerable evidence of the design of the original Spanish Dollar from which it was created. (Referred to as the under-type)

Historians acknowledge that heat was involved in the creation of the Dump.

When the disc fell out of the centre of the Spanish Dollar, it still bore the original dollar design of a four quadrant shield, housing a lion and castle in each quadrant. And the shield's cross-bars.

The Holey Dollar clearly reflects its origins, that it was struck from a Spanish Silver Dollar.

The Dump, on the other hand, rarely reveals the same. But when it does - as is seen in this coin - it is highly prized.

The buyer that pursues a 'top-quality' Dump will find the task extremely challenging. It can be years before a premium quality example comes onto the market. The Dump circulated widely in the colony, the extreme wear on most Dumps evidence that they saw considerable use. So, while the Dump may seem the diminutive partner of the Holey Dollar, the reality is top quality Dumps have authority. 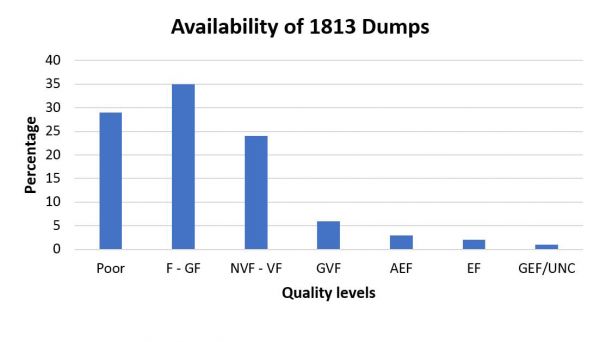