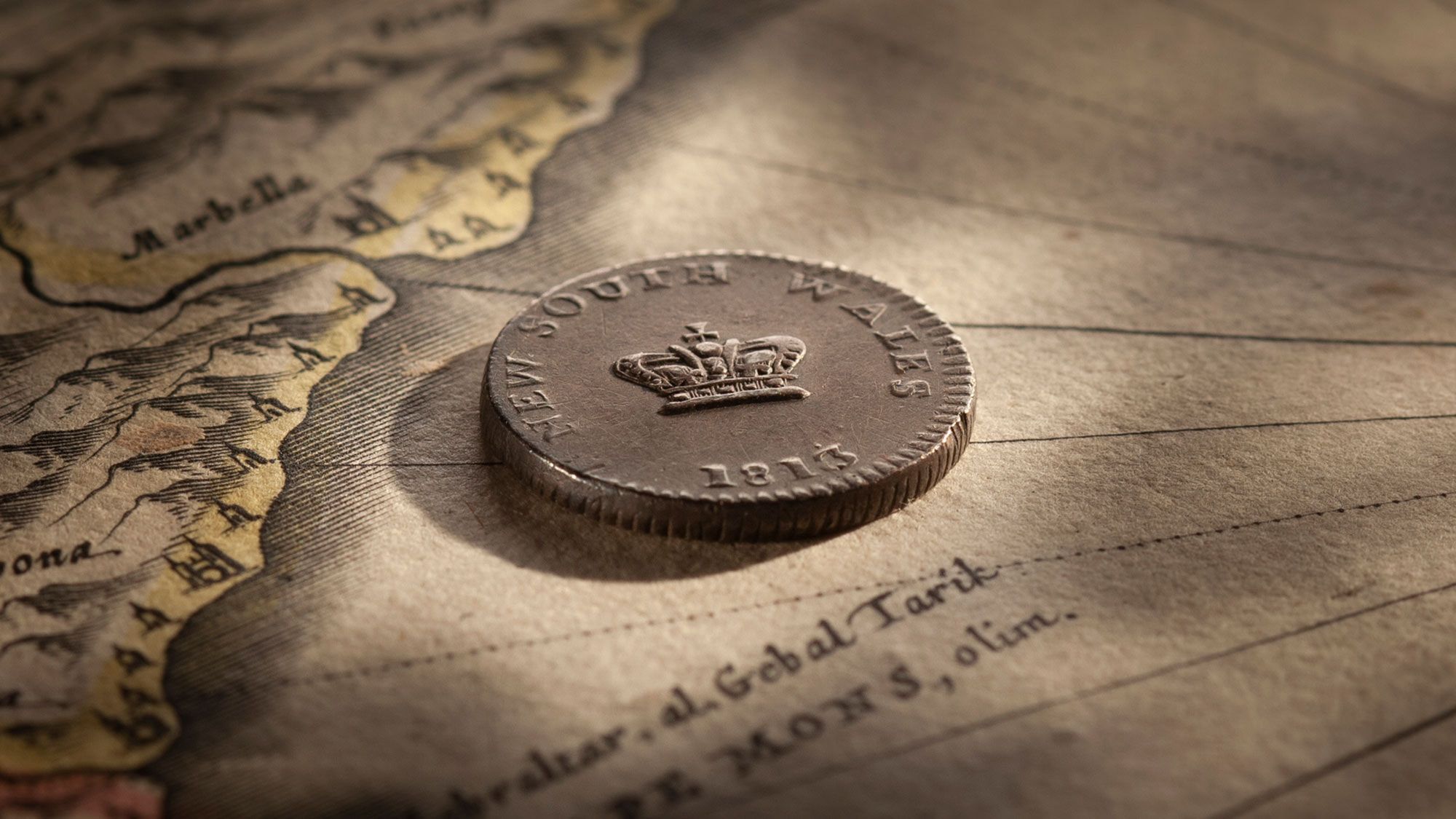 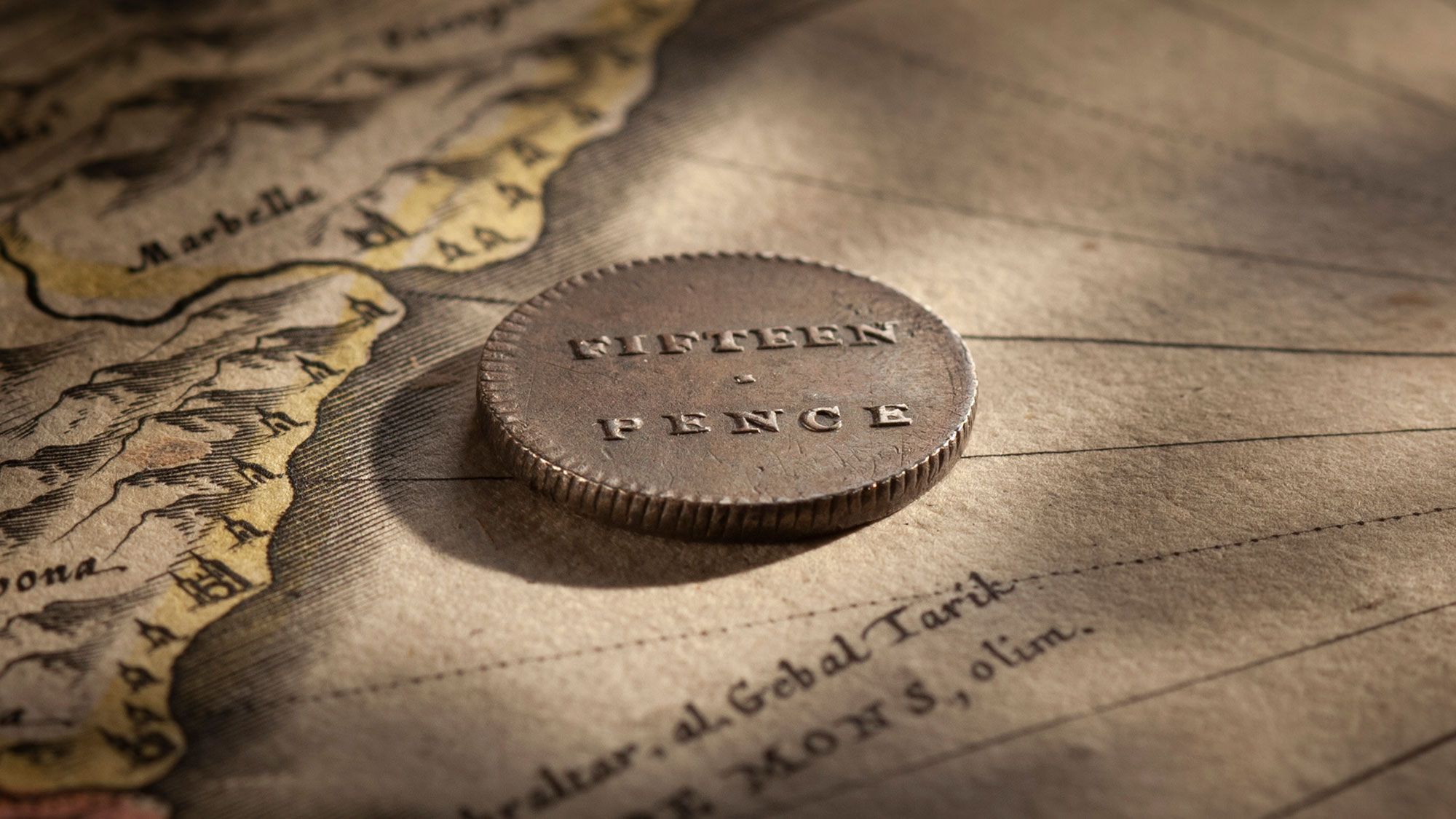 1813 Dump struck with the A/1 dies
COIN
1813 Dump struck with the A/1 dies
PRICE
$45,000
STATUS
Sold April 2022
QUALITY
About Extremely Fine
PROVENANCE
Private Collection Perth
COMMENTS
We like the superior quality of this 1813 Dump and the technical aspects that it presents. And we particularly like the price. At $45,000 you are acquiring a Dump that is in the top ten percent for quality. The fields are highly reflective and the design is sharp and strongly three-dimensional. Technically, it has the 'H’ for Henshall on the reverse, the mark left by the nation’s first mint master guaranteeing his fame. Evidence of the original Spanish Dollar design from which it was created. Intact edge milling. And the elusive ‘dot’ above the ‘3’ in 1813 that author Greg McDonald indicates is rarely ever seen. This is a fabulous example of the nation's first coin. And is available now. 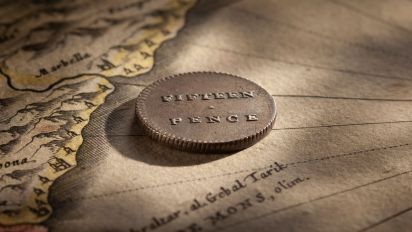 Enquire Now
I would like to invest in an 1813 dump. Please advise your current inventory.

The Holey Dollar and Dump are the nation's very first coins, both pieces cut from a Spanish Silver Dollar. The man charged with the responsibility of creating our coinage was William Henshall, a convicted forger.

Henshall began the coining process by punching a hole into a Spanish Silver Dollar. The central disc that fell out of the hole was over stamped with a value of fifteen pence, the date 1813, a crown and the issuing authority of New South Wales. And was known as the Dump.

There are many aspects to this Dump that make it a 'must' to consider.

1. High quality, in the top ten per cent

The 1813 Dump circulated widely in the colony, the extreme wear on most Dumps evidence of its extensive use. The average quality Dump is graded Fine to Good Fine, with this coin four grades higher at About Extremely Fine. We rank it in the top ten per cent of surviving examples. The coin has obviously been cherished for it has been brilliantly preserved with beautiful toning and highly reflective fields.

2. A coin to enjoy and show around

Struck with the A/1 dies, the crown is classically well-centred. The design details are chunky, strongly three-dimensional ... and by this we are referring to the crown with its fleur-de-lis and pearls, the legend New South Wales, the date 1813 and on the reverse, the value Fifteen Pence.

William Henshall declared his involvement in the creation of the Dump by inserting an 'H' into some (but not all) of the dies used during its striking. Its presence is highly prized whenever it is appears. This Dump clearly shows the ‘H’ for Henshall between the 'FIFTEEN' and the 'PENCE' on the reverse.

Notice the oblique milling around the edge. It is fully evident. (The edge milling was used as deterrent against clipping whereby the unscrupulous shaved off slivers of silver, reducing the silver content of the Dump. And making a small profit on the side.)

5. And the pièce de résistance ... evidence of the original Spanish Dollar design, an aspect that really counts

While the Holey Dollar clearly shows that it is one coin struck from another, in a less obvious way so too can the Dump. The design detail of the original Spanish Dollar from which this Dump was created is evident on the reverse below the word 'PENCE'.

We refer to it as the under-type and it is not always present. Its existence re-affirms the origins of the Dump and is highly prized.

I would like to invest in an 1813 dump. Please advise your current inventory. 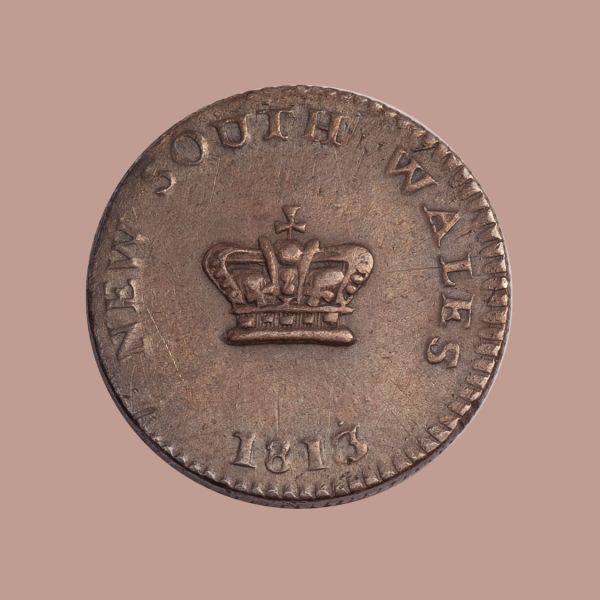 This is a classic Type A/1 Dump with the crown beautifully centred. At About Extremely Fine, the fleur de lis and pearls in the crown are crisp and have not melded into the coin. The legend and date '1813' are strongly three-dimensional. And note the 'dot' above the '3' in the date. This is very rarely seen. 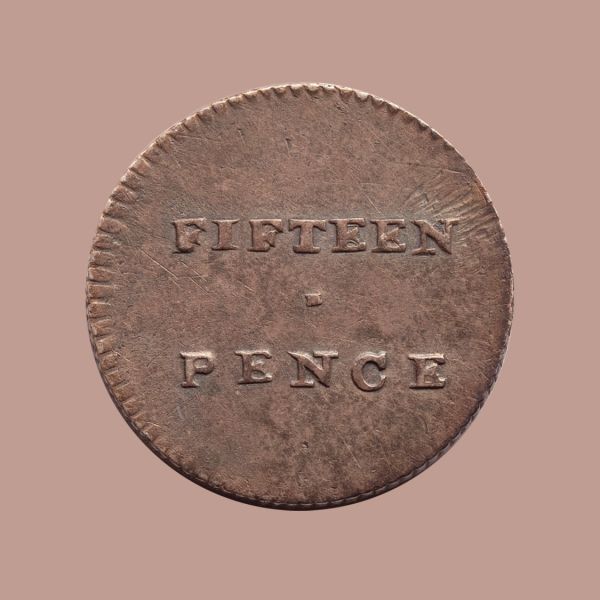 Two extremely important elements are shown on the reverse of this Dump, elements that are not always present in every example. The 'H' for Henshall between the words 'FIFTEEN' and 'PENCE' is three-dimensional. And there is design detail from the original Spanish Dollar from which it was created.