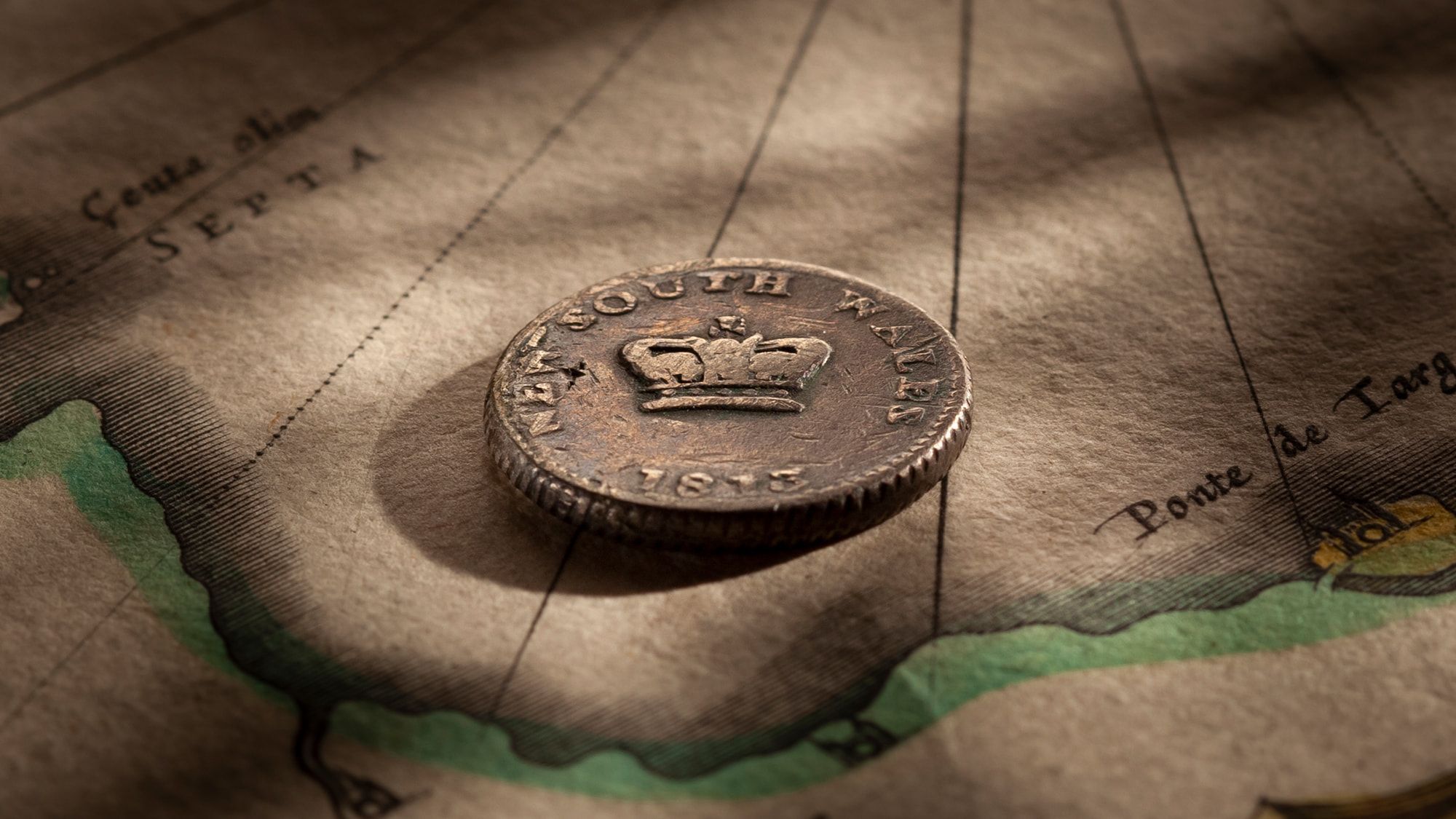 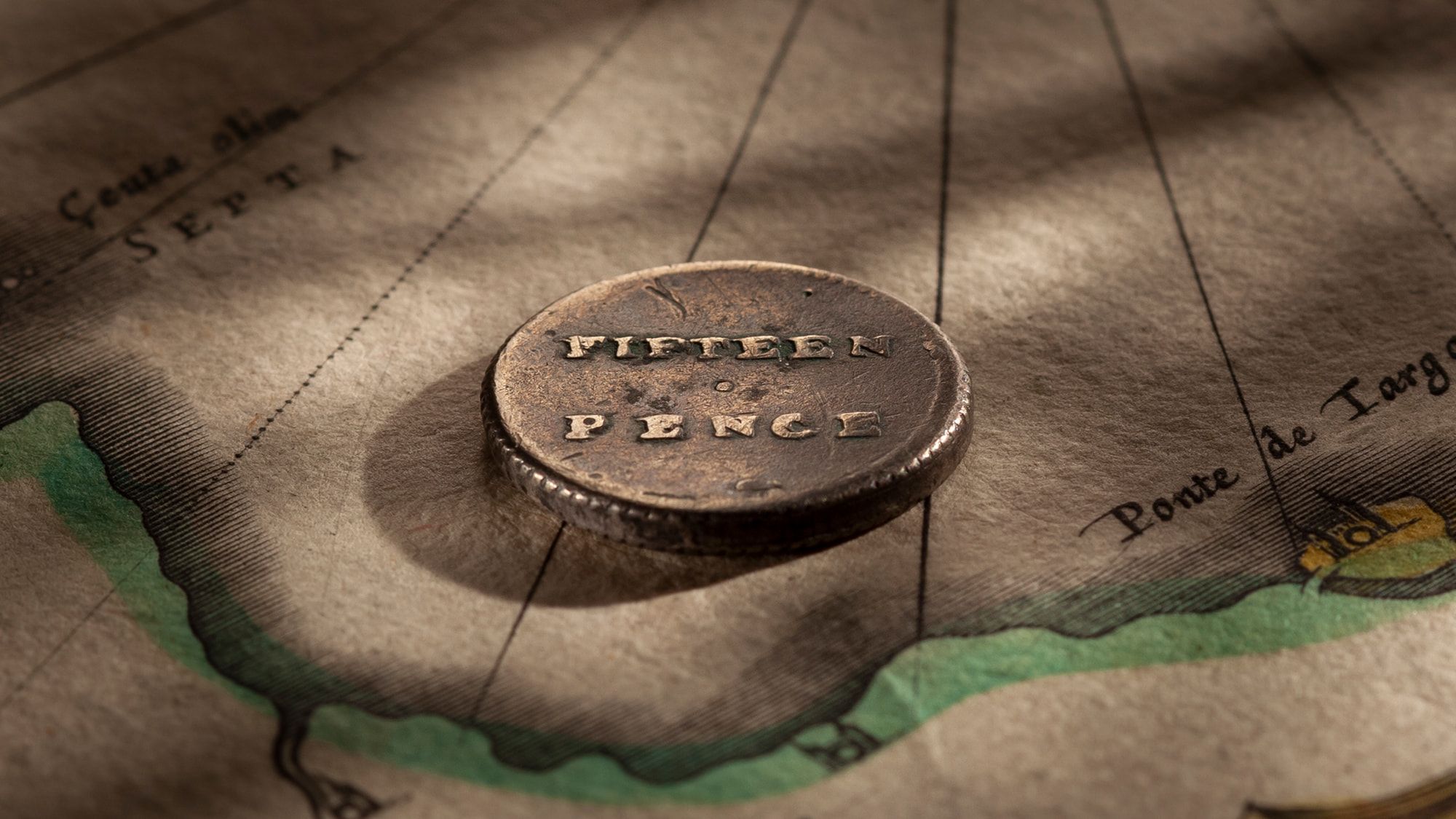 1813 Dump, struck using the very rare C/4 dies
COIN
1813 Dump, struck using the very rare C/4 dies
PRICE
$35,000
STATUS
Sold March 2021
QUALITY
Good Fine / About Very Fine
PROVENANCE
Private Collection Queensland
COMMENTS
This 1813 Dump is an inordinately rare example of the nation’s first fifteen pence. Struck from a die combination that historians refer to as obverse die ‘C’ and reverse die ‘4’, eight examples are known. Historians suggest that due to the crude nature of the C/4 Dumps, they may have been trials presented to Governor Lachlan Macquarie before production officially commenced. Over and above the rarity of the C/4 Dumps, the quality of this coin is superior. It is one of the finest of the C/4s. 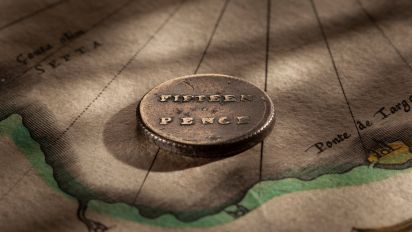 The industry acknowledges that there are about eight hundred 1813 Dumps available to collectors. Within that collector pool, the Dump appears in four distinctly different styles (or die combinations).

The four styles have been classified by authors Mira and Noble as the type A/1, D/2, E/3 and C/4.

The rarest of the four dies is the C/4 with only eight known out of the total pool of 800 Dumps.

Six C/4 Dumps have been identified at auction. Add the two examples that are privately held, of which this coin is one, and you have a total of eight coins.

This Dump is graded Good Fine / About Very Fine. (Only one other C/4 Dump exists at a similar quality level.) Take out these two coins and the remaining six examples are all well circulated and aesthetically challenging.

The C/4 dies produced coins that were very crude and the suggestion is that they may have been test pieces presented to Governor Macquarie before production began.

Many of the C/4 Dumps have surface cracks and splits supporting the theory that they were used for trials while the correct striking pressure and planchet temperatures were being worked out. There are also some suggestions that they may have been contemporary forgeries.

Irrespective, the C/4 Dumps are extremely rare and an essential part of the 'Dump' story. 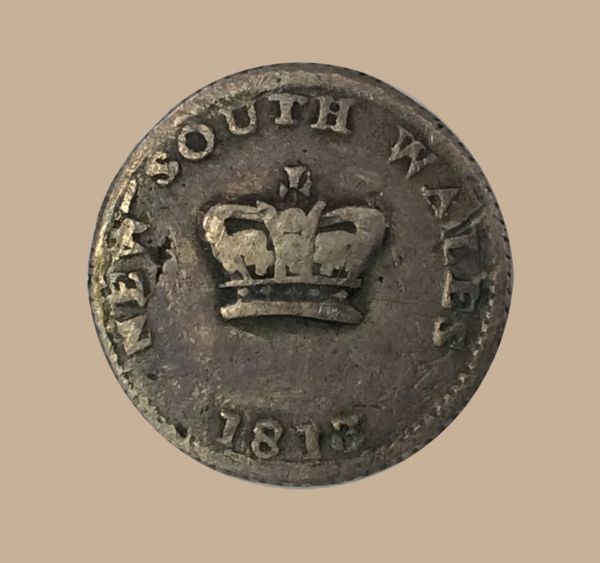 Type C/4 Dump. Obverse Die C.
The dies show extensive re-cutting and poor engraving in both the legend and the crown. The top of the cross points between the 'T & H' of 'SOUTH' in the legend. The crown is enlarged and the 'N' in New and 'S' in 'SOUTH' have been dropped to a lower level. The '3' in '1813' is upright. 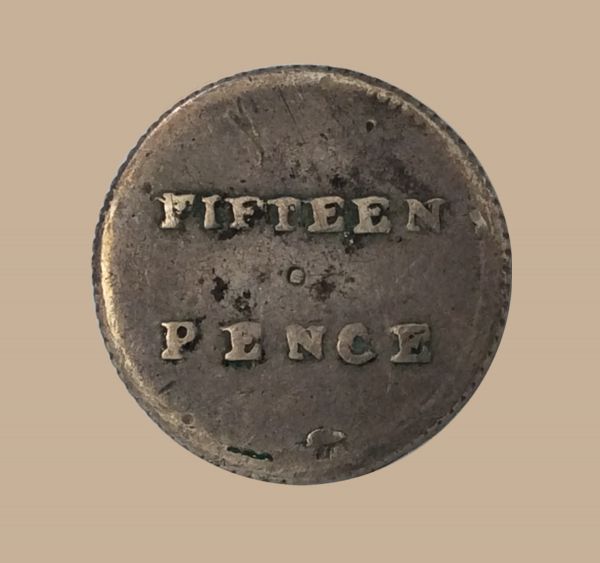