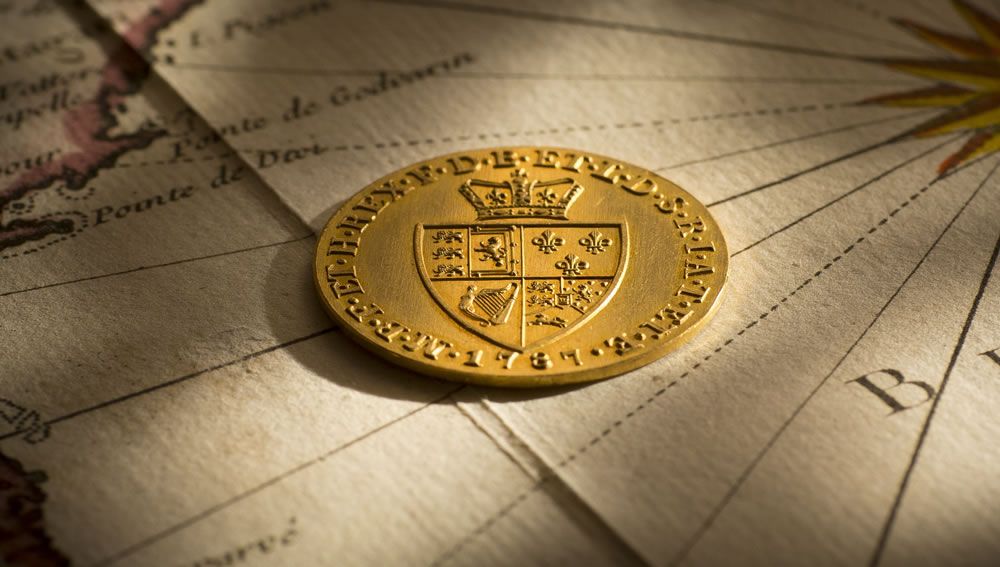 This piece is a proof striking of a Proclamation coin. As such it is highly historical and extremely important to collectors of early Australiana. Moreover it is rare.

To add further to its appeal, 1787 was the sole year in which the Spade Guinea was coined as a proof.

The Spade Guinea was one of many coins that filtered their way into the penal colony of New South Wales and which would eventually be given an official local value by order of Governor Gidley King under the Proclamation of 1800. The Spade guinea was proclaimed as having a local value of £1 2s.

The gold Spade Guinea was a symbol of solid wealth; the coin taking its name from the shape of its shield, which was thought to resemble the mouth of a spade.