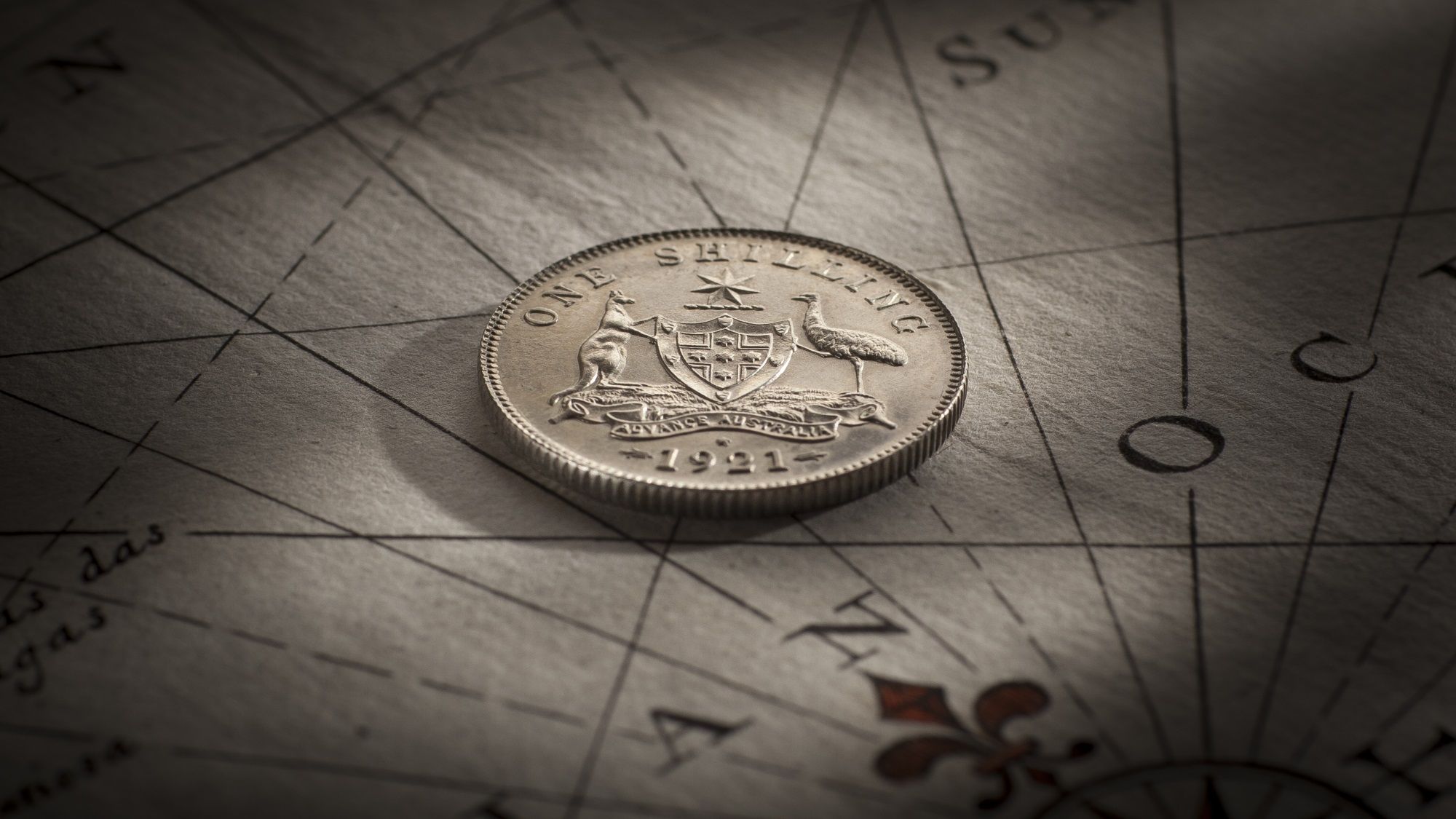 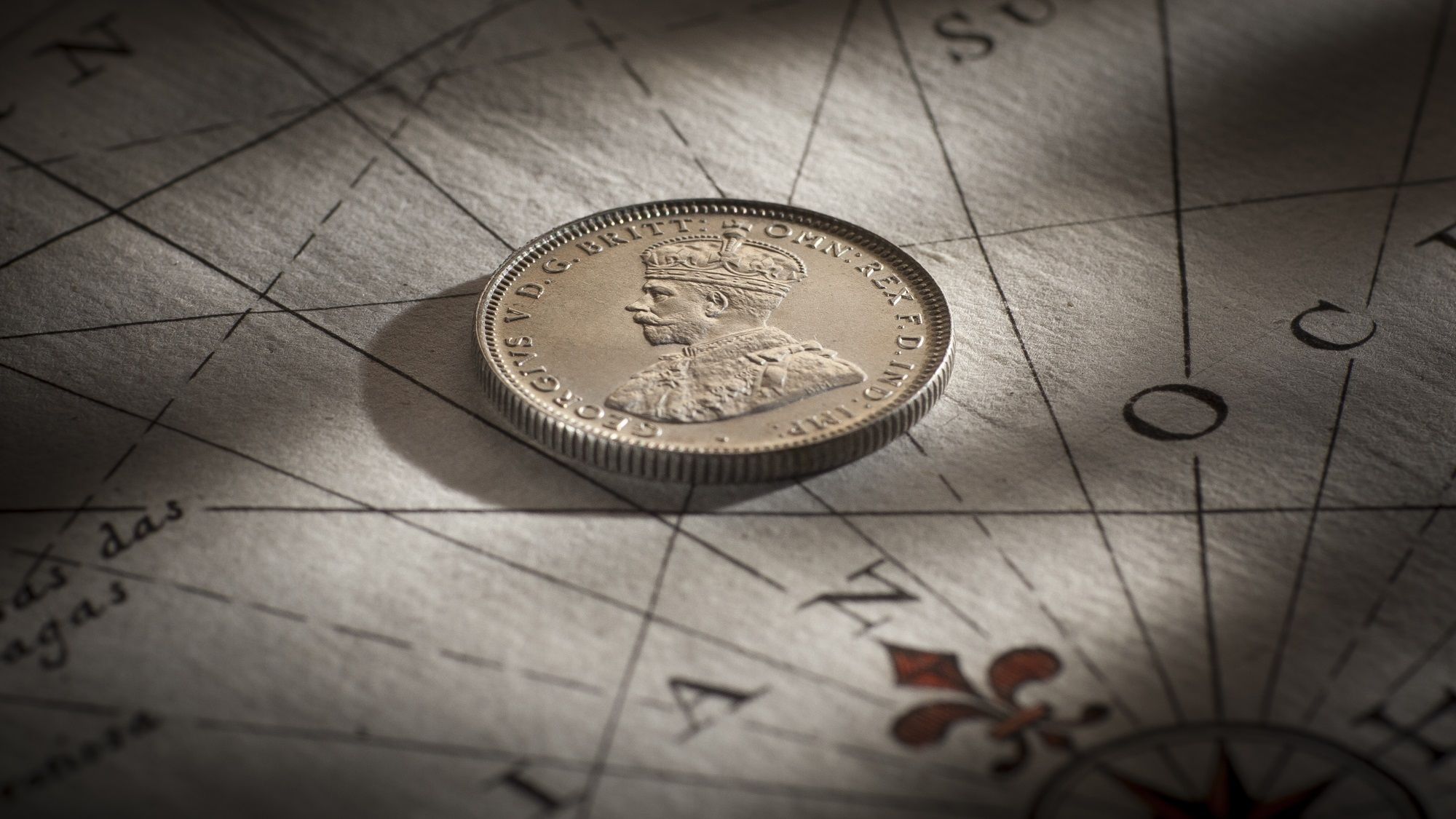 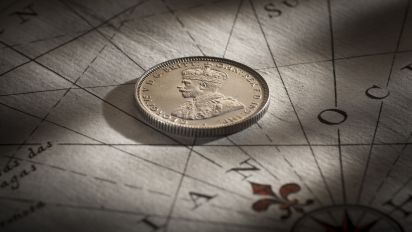 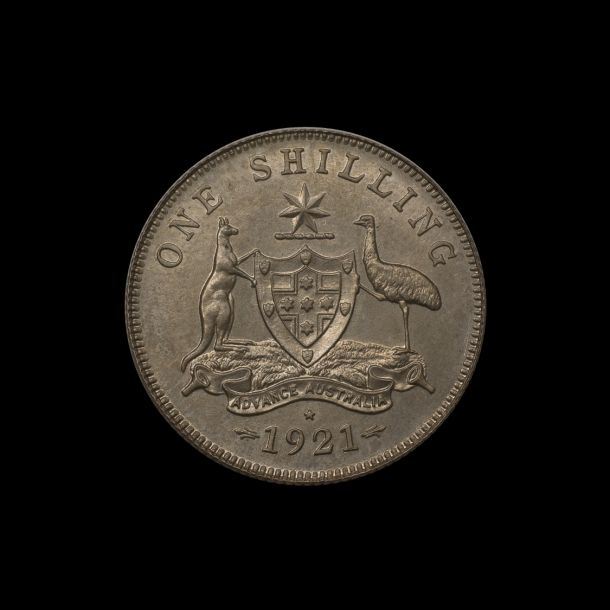 The Proof 1921 Star Shilling has a brilliant reverse, reminiscent of the unique Proof 1920 Shilling (ex A. M. Le Souef and Syd Hagley) sold by Coinworks in 2012. Note the definitive star above the date.

The Star Shilling is iconic, one of Australia’s rarest shillings struck at the Sydney Mint from dies produced at the Royal Mint London.

One is held in the Museum of Victoria. The second piece, this coin, is the only known example in private hands.

The inclusion of the ‘star’ above the date reflected the intention of the Australian Government to reduce the silver content of its coinage.

Rapidly rising silver prices in 1919 prompted Governments around the world to review the metal content of their coinage.

Britain abandoned 800 years of tradition when the country reduced the silver content of its currency from sterling silver to an alloy of 50%.

This Proof 1921 Star Shilling last appeared at public auction more than thirty years ago, at the very famous Spink March 1988 Auction. It was offered as lot 1167.

1988 was the nation's bicentenary year, and in a numismatic celebration, Spink London used all its contacts to garner the very best of the best of Australia’s coins to offer to local collectors. 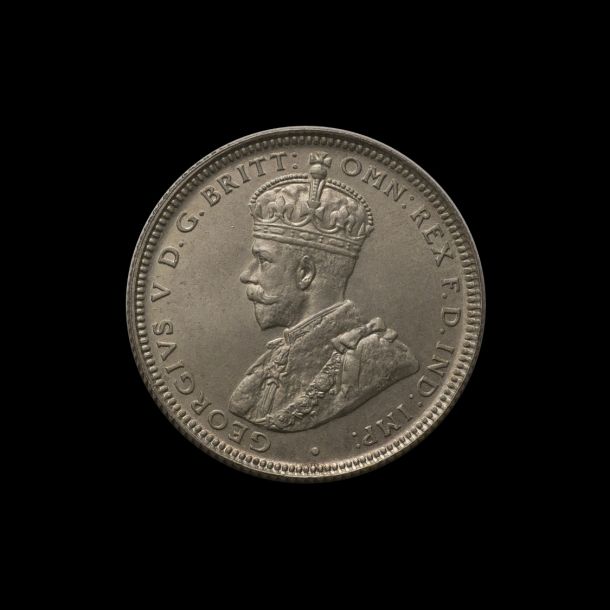 The denticles in the rim have been struck twice, proving that more than one blow from the dies were required to strike the coin sharply in all details as was the case when minting proofs.

Holey Dollars. The Madrid. The Hannibal Head. The unique Ferdinand VI. And other Holey Dollars making eleven in total. And the Sir Marcus Clark Dump. The famous 1920 Square Halfpenny. The 1919 Pattern Shilling. 1920 and 1921 Florin and Shillings. And the 1937 Patterns. And this coin, the Proof 1921 Star Shilling. All appeared in the March 1988 Bicentenary Auction.

That rare coins do deliver solid growth over the long term is exemplified in the Proof Star Shilling. The coin sold for $9500 in March 1988. And today is offered at ten times that amount.

And the ratio of 10:1 from 1988 to today is not an aberration. It is in line with the price movement of other coins sold in the March 1988 Auction.

We have always been excited by the Proof 1921 Star Shilling and mentioned our offering to Greg McDonald, numismatic luminary and literary giant.

Greg has always been very forthcoming with his knowledge and he provided us with a sneak preview of a book that he has been working on  … the Essential Reference to Australian Coins and Banknotes. We were particularly interested in chapter 32, Pre-decimal Commonwealth Proof, Specimen and Pattern Coins and his feature of the Proof 1921 Star Shilling.

Greg notes that the Proof 1921 Star Shilling was likely minted at the request of A. M. Le Souef, Deputy Master of the Melbourne Mint who also happened to be a passionate collector of silver coins.