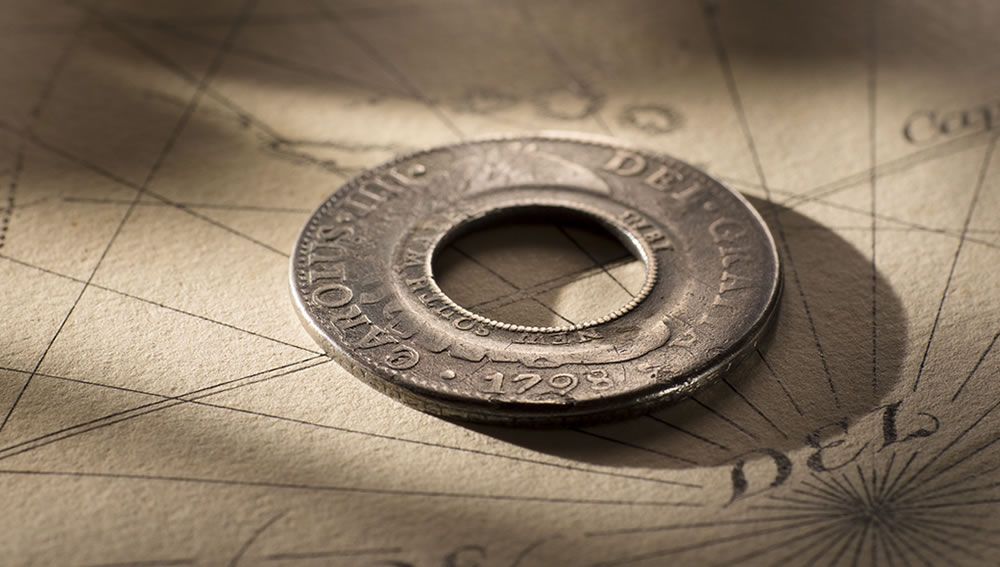 1813 Holey Dollar
COIN
1813 Holey Dollar
PRICE
$ 59,500
STATUS
Sold May 2015
QUALITY
Fine
PROVENANCE
P J Downie Auction 1986
COMMENTS
Finding a Holey Dollar priced below the $ 100,000 level is no easy task: a fact borne out by our experiences. It has been nearly two years since we last offered a Holey Dollar in this price range. Note the design details of this Holey dollar are clear and strong and the over stamping of the date 1813, New South Wales and its value of Five Shillings is solid and fully legible. This coin will make owning a Holey Dollar a reality for just one buyer.
Enquire Now

Celebrated, exalted. The pride and joy of owning the nation’s first coin, the 1813 Holey Dollar, is indefinable and for many Australians it is the ultimate dream. The coin is extremely rare with less than 200 available to private collectors.

Given its history, and its rarity, the Holey Dollar is highly valued. But finding a Holey Dollar priced below the $100,000 level is no easy task.

Which is why this coin is so special.

Yes it has circulated but the design details of the original eight reales are clear and strong. And the over stamping of the date 1813, News South Wales and its value of Five Shillings is solid and fully legible.

This coin will make owning a Holey Dollar a reality for one buyer. Conservatively priced, it offers excellent value for your investment dollars.

Furthermore this coin is featured on page 34 of the book ‘Holey Dollars of News South Wales, a Pictorial Record of Known Surviving Specimens’. Published in 1988, it is still to this day a major reference on the known surviving Holey Dollars. A copy of the book will accompany this coin.

When William Henshall created this coin he grabbed a 1798 Spanish Silver Dollar that had been struck at the Mexico Mint. Using crude equipment, he cut a hole in it.

He then continued the minting process by over-stamping the inner circular edge of the hole with the words New South Wales, the date 1813 and the value of five shillings.

In so doing he created history by becoming Australia’s first mint master and created one of Australia’s greatest coin rarities, the 1813 Holey Dollar.