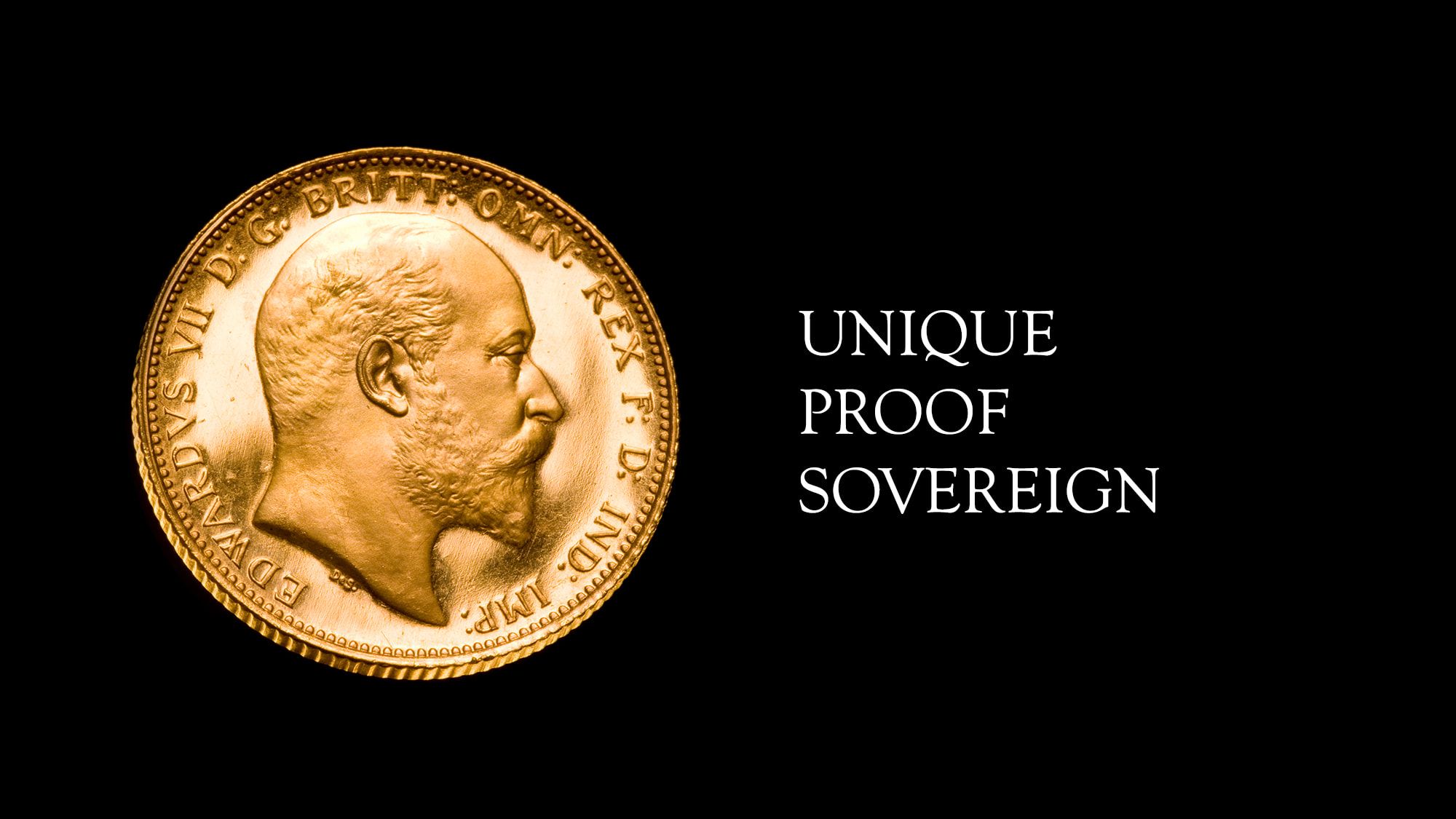 Proof 1902 Sovereign, Melbourne Mint
COIN
Proof 1902 Sovereign, Melbourne Mint
PRICE
$165,000
STATUS
Sold October 2020
QUALITY
Superb FDC
PROVENANCE
Supporting memorabilia indicates that this coin was struck by the Governor of Victoria, Sir George Sydenham Clark on 3 January 1902, the first year of Edward VII's reign
COMMENTS
This Proof 1902 Sovereign appeared on the market in 1998. The occurrence re-wrote numismatic history and prompted an update of numismatic catalogues for the Melbourne Mint had no formal record of the striking. The industry just assumed that proofs were never struck in 1902 at the mint in Melbourne. No one was aware of the coin's existence. The supporting memorabilia accompanying the coin indicates that it was struck by Sir George Sydenham Clarke on 3 January 1902, Sydenham Clark, the then Governor of Victoria. This is the ultimate Australian proof coin. Stunning quality. Unique. And sold with memorabilia attesting to its origins.
Enquire Now

This Proof 1902 Sovereign came to light in 1998. It was a previously unrecorded example of an Edward VII Proof Sovereign and has been brilliantly preserved in an aged silk-like white pouch on which has been penned “ED VII”. The pouch was housed in an envelope that had inscribed on it ...

This Proof 1902 Sovereign is the ultimate Australian proof coin. The design detail is magnificent, sculpted, three dimensional. The fields are like golden mirrors.

We contend that it is the finest quality proof sovereign that we have ever handled. And if that sounds like a tall order, we invite you to inspect the photos.

Proof coins are presentation pieces and were struck to the ultimate levels of quality. Proof coins are the story tellers. They define an era, or a year, like no other coin. They can also define an occasion. And a monarch.

Proof coins also tend to have a connection to a prominent person. And so, it is with this coin. The supporting memorabilia that accompanies this coin indicates that it was struck by Sir George Sydenham Clarke, Governor of Victoria between 1901 and 1903.

And proof coins are excruciatingly rare. This Proof 1902 Sovereign particularly scarce. It is unique.

Our experiences attest to their scarcity. This is the second only King Edward VII Proof Sovereign that we have handled in a career that spans fifty-plus years.

The infrequent sightings of King Edward VII proofs are explained by the following information.

And there is doubt as to its existence. The industry believes that it may never have been struck.

1902 Proof Sovereign struck at the Melbourne Mint.
This is the coin on offer and was sold privately by Coinworks to 'The Madrid Collection of Australian Rare Coins' in 1998 for $45,000.

1910 Proof Sovereign struck at the Melbourne Mint.
The former property of renowned gold coin specialists Ross Pratley and Barrie Winsor, it is unique in private hands. Sold by Coinworks in 2014 to a private collector in Perth.

From a purely financial perspective, the most potent investment coins are those that are quite obviously rare in themselves.

BUT (and this is the clincher) they belong to a sector of the market that is so limited in numbers that it does not give the buyer easy alternatives.

It is the notion that if you pass on this coin, you will more than likely NEVER be given the opportunity of securing another coin out of the same era.

This statement may well have been written for this unique 1902 Proof Sovereign of King Edward VII, struck at the Melbourne Mint. 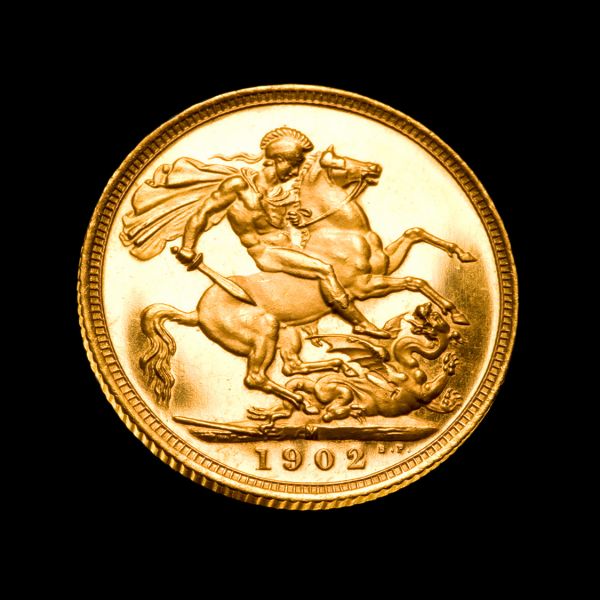 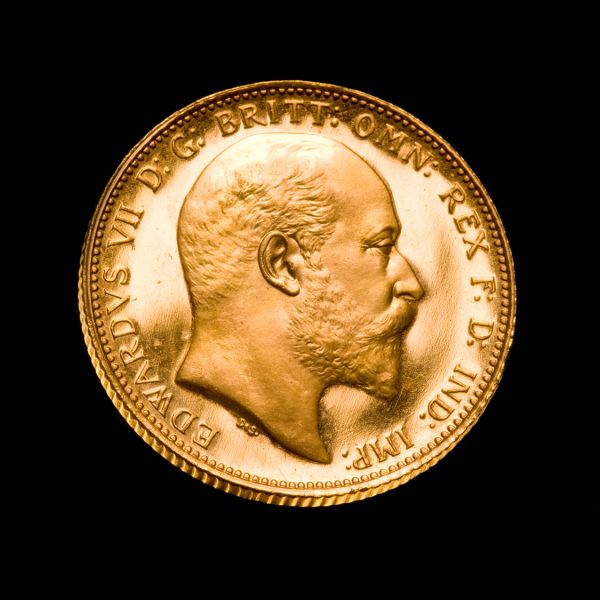 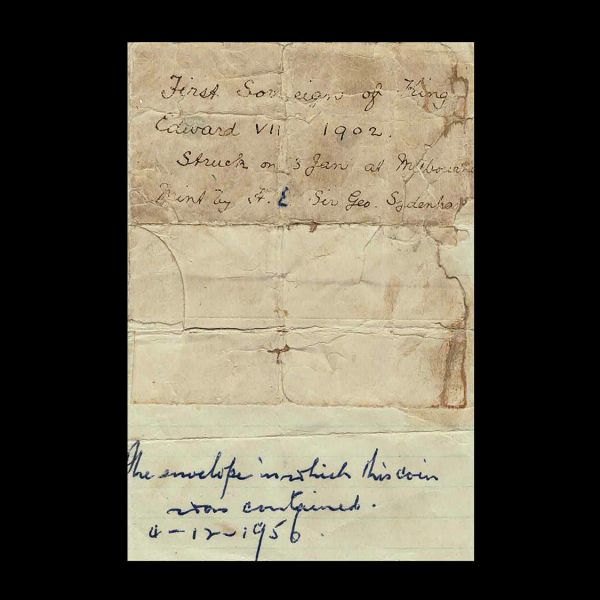 Offered with aged envelope attesting to its origins. 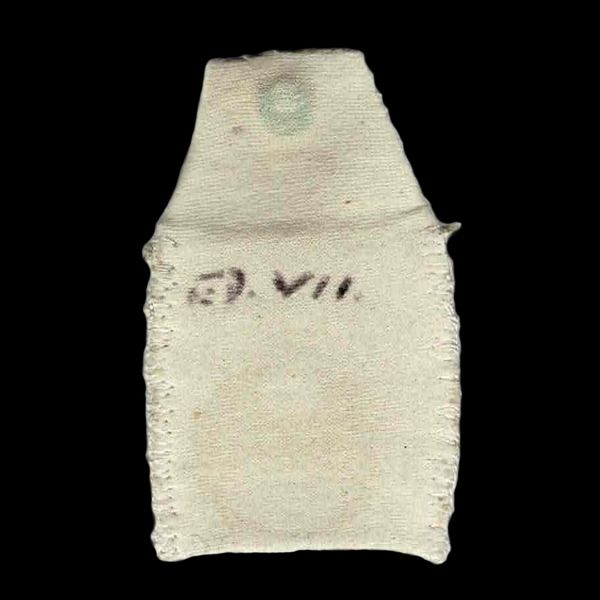