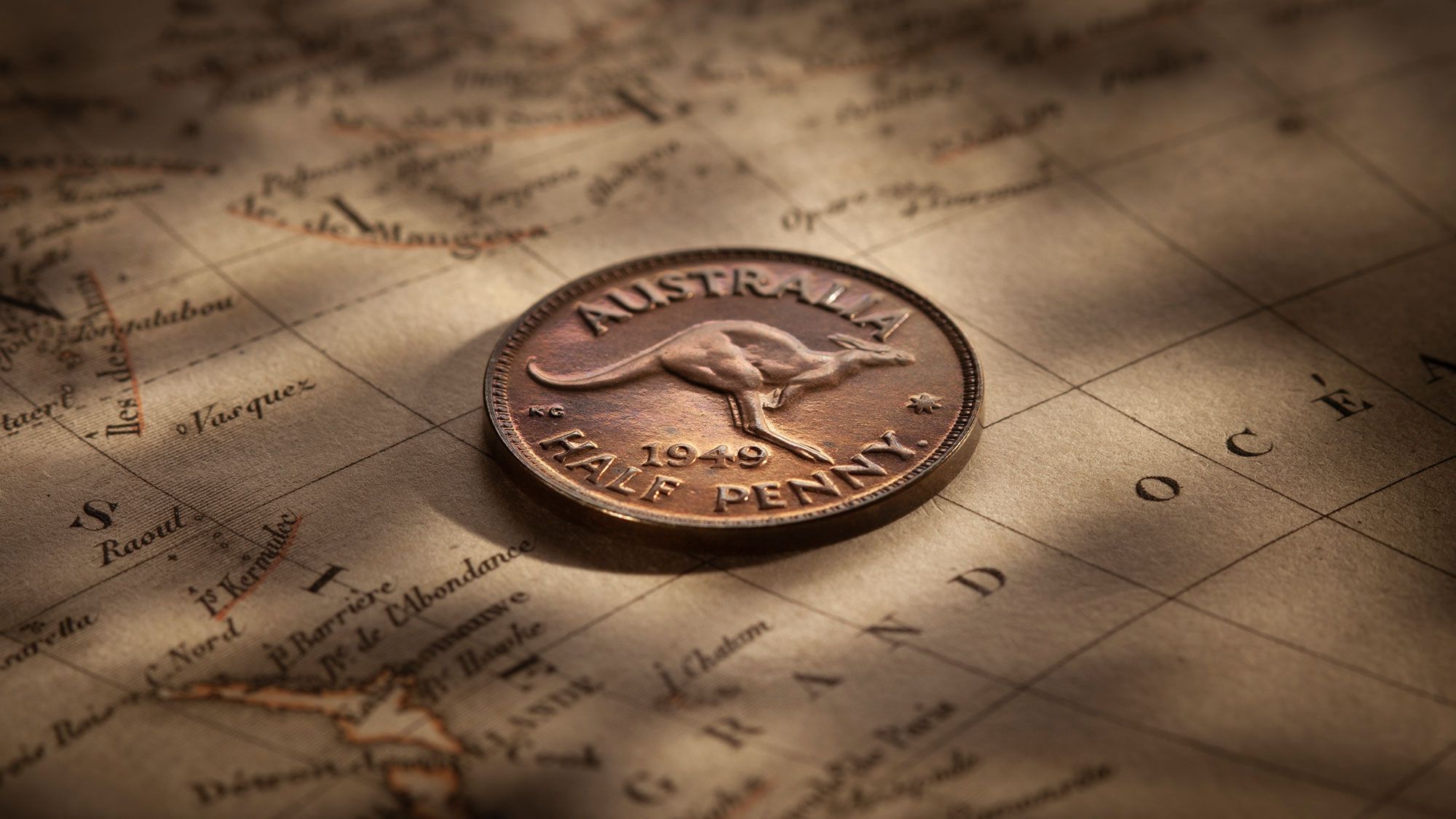 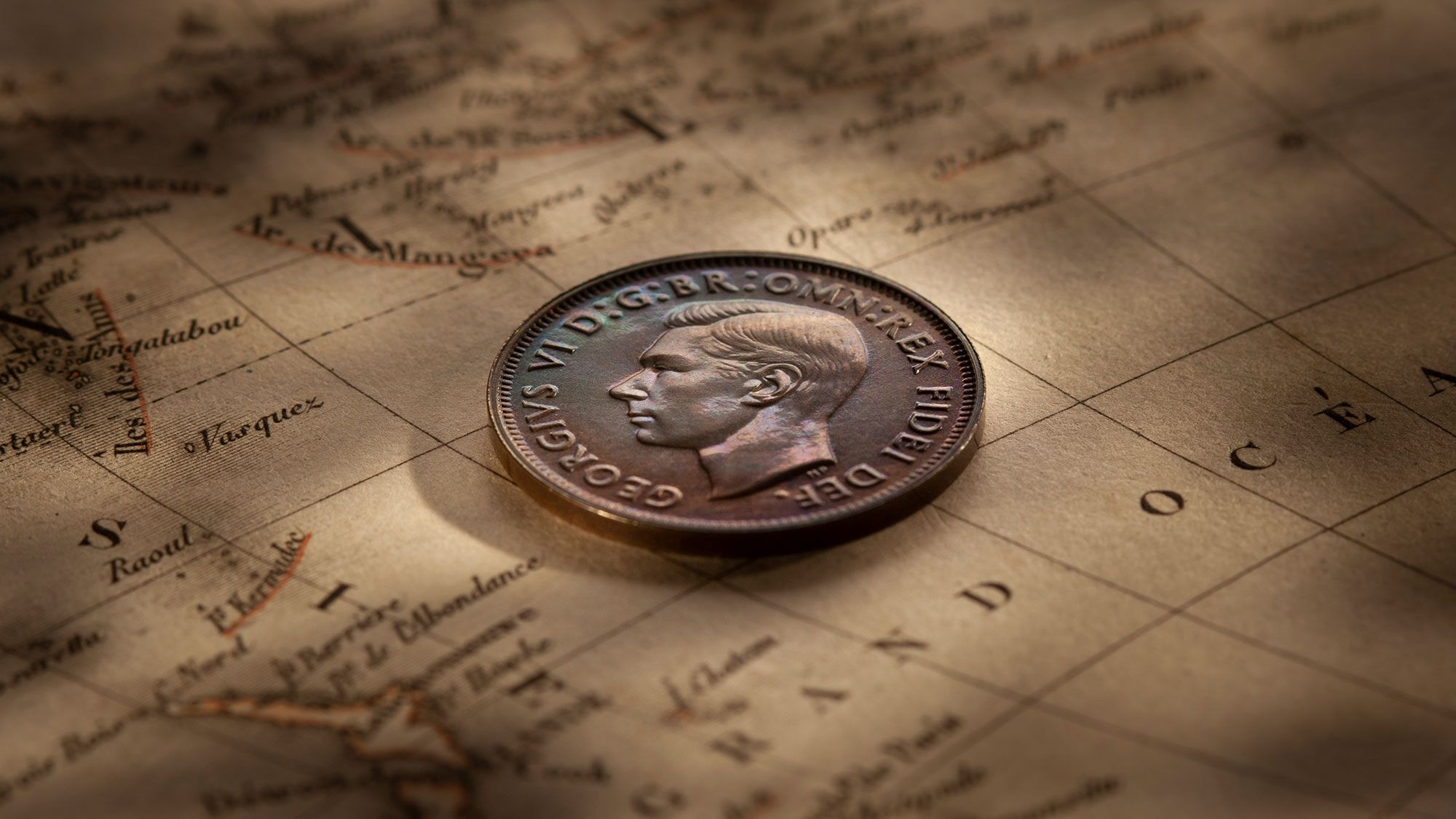 Proof 1949 Halfpenny struck as a Coin of Record at the Perth Mint
COIN
Proof 1949 Halfpenny struck as a Coin of Record at the Perth Mint
PRICE
$21,500
STATUS
Available now.
QUALITY
FDC with stunning opaline colours on both obverse and reverse and flashes of original copper brilliance on the reverse
PROVENANCE
Private Collection Tasmania
COMMENTS
Spectacular quality. And extremely rare. Words that are music to a proof coin collector's ears. This Proof 1949 Halfpenny was struck at the Perth Mint in a minuscule mintage of sixteen. As was the custom at the time, the mint gifted the majority of the mintage to museums and overseas mints, retaining only a few for themselves. The very reason for its scarcity for today's collectors. Our own experiences attest to its scarcity. We are keen observers of auctions and we note that a Proof 1949 Halfpenny last came up at a major public auction more than twenty years ago, in November 2001. We also comment that we have sold only one other Proof 1949 Halfpenny during our lifetime of trading. Technical shots are provided and re-affirm this coin's glorious state. 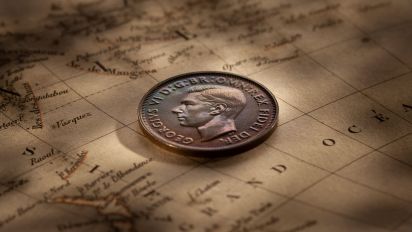 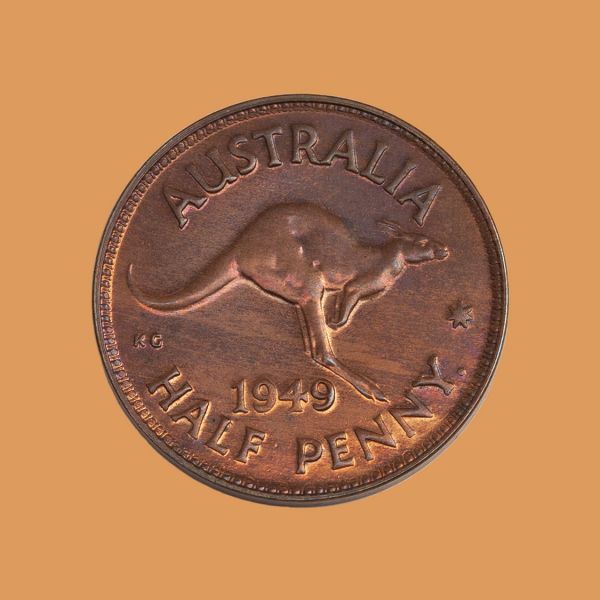 A magnificent interpretation of the flying kangaroo set against a backdrop of brilliant coloured fields. A spectacular proof strike with pristine denticles and highly polished edges.

The rarity of the Proof 1949 Halfpenny was confirmed in 1995 in an article published in the NAA journal (Volume 8) by John Sharples, the then Curator of Australia’s Numismatic Archives.

He found evidence that sixteen proof halfpennies were struck at the Perth Mint in 1949. 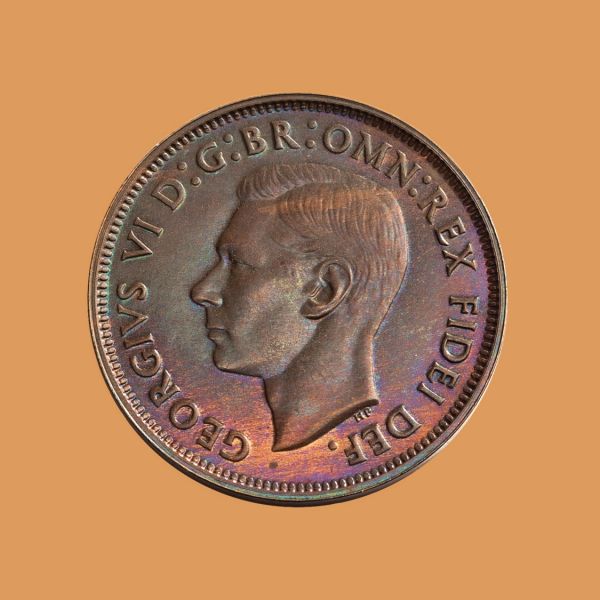 The portrait of George VI designed by Thomas Humphrey Paget. Again we comment on the pristine nature of the denticles and the stunning state of the fields.

We might sight a Proof 1949 Halfpenny on the market every five to six years. And one as spectacular as this ... perhaps once in a decade, if we are lucky.