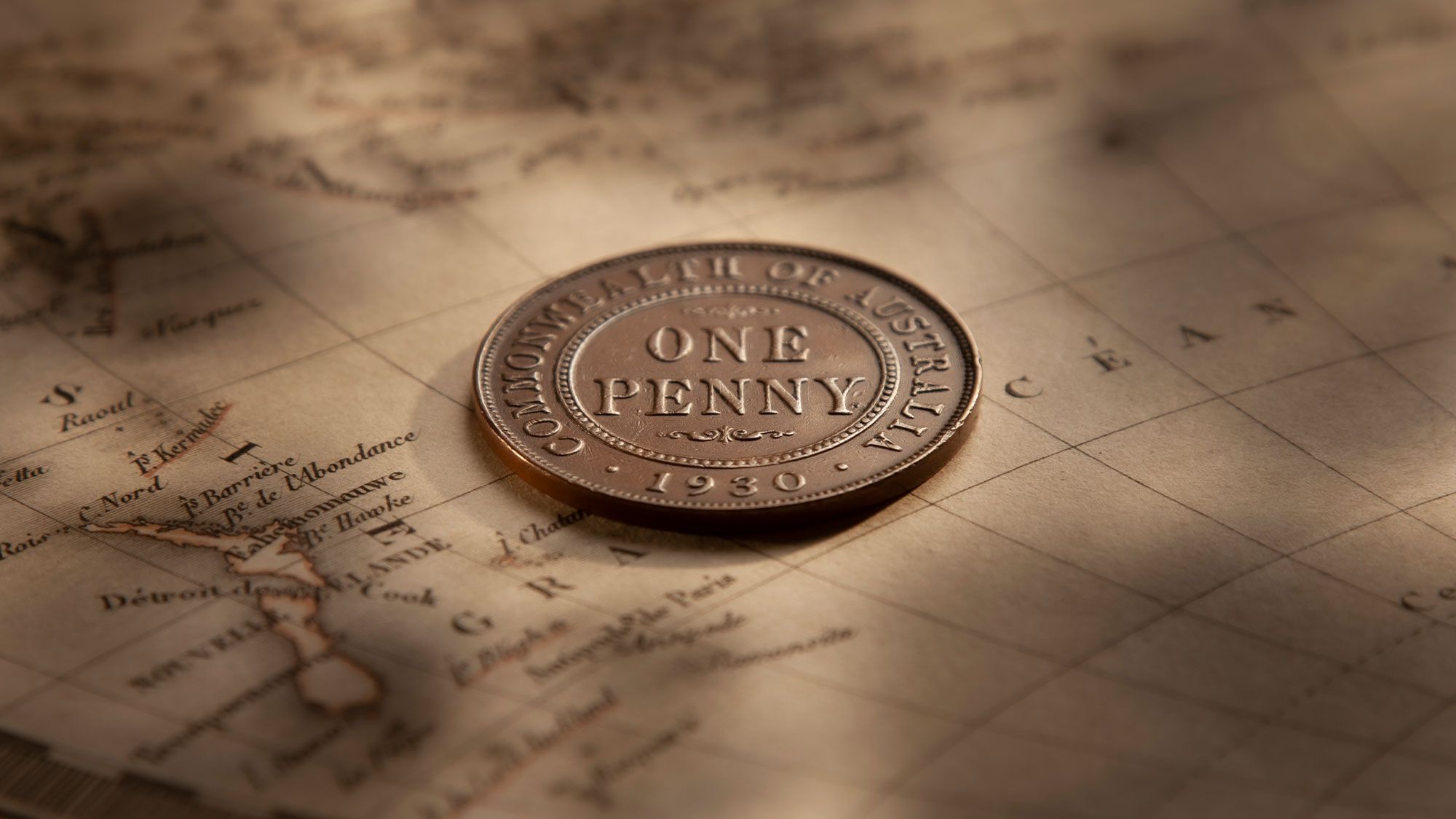 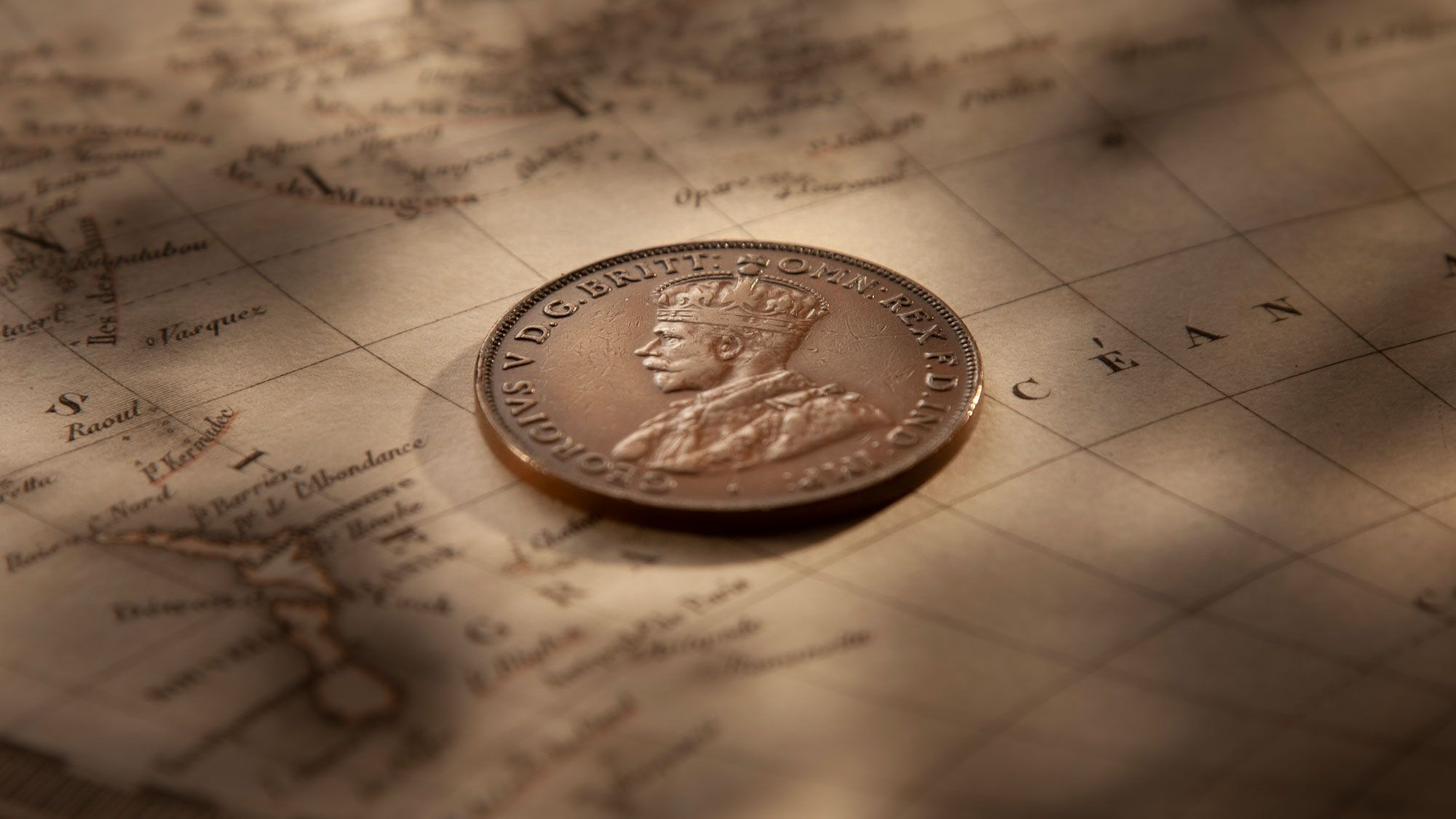 1930 Penny with an almost complete central diamond and six plump pearls
COIN
1930 Penny with an almost complete central diamond and six plump pearls
QUALITY
Nearly Very Fine / Very Fine
PROVENANCE
Private Collection Melbourne
PRICE
New Year Offer of $35,000 (Normal RRP $39,500)
STATUS
Available now
COMMENTS
Acquire this 1930 Penny and you will be eager to show it to your family and friends. Even better, it’s such an impressive coin, you know you will get positive feedback and perhaps even a touch of envy. You certainly won’t have to make excuses for the gouges or the rough and ready marks that are evident in most 1930 Pennies. Selecting a good-looking coin is our firm rule for buying 1930 Pennies, irrespective of the quality level. It's a principle that really counts when it comes time for you to realise on your investment and sell. The obverse of this 1930 Penny is graded Nearly Very Fine and has an almost complete central diamond and six plump pearls. The oval to the left of the diamond is almost complete. The edge of the crown is complete. The reverse is graded Very Fine and also is impressive with strong upper and lower scrolls, prominent ‘1930’ date and intact inner beading. And to kick-start the New Year we are offering this 1930 Penny WITH A PRICE ADVANTAGE of $4500. Technical shots re-affirm our comments. 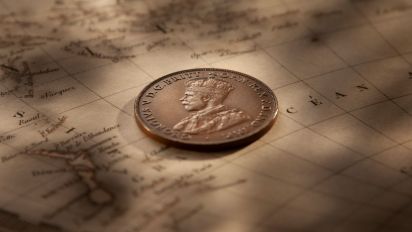 This coin has strong upper and lower scrolls. The obverse and reverse fields are reflective and very smooth with even, handsome brown toning.

Moving the obverse through the light you can clearly see the diamond and a complete lower band of the crown. You also observe the strong design details of the monarch's robes.

The reverse is particularly impressive with a prominent date, intact inner beading and strong upper and lower scrolls.

This coin has an almost complete central diamond that leaps out and knocks you in the eye.

The oval to the left of the central diamond is almost complete. With most 1930 Pennies the oval is barely visible.

One of the prime reasons for the popularity of the 1930 Penny is its financial reliability. It is a solid coin. In fact, we would go one step further and say that over the long term the 1930 Penny has probably been one of our most consistent and trustworthy numismatic performers.

The 1930 Penny is the nation’s glamour coin and is unrivalled for popularity, enjoying a constant stream of demand unmatched by any other numismatic rarity. It is an industry phenomenon, for in a market that is quality focused it is interesting to note that the 1930 Penny is keenly sought irrespective of its quality ranking. And growth over the mid to long term has been significant across all quality levels. 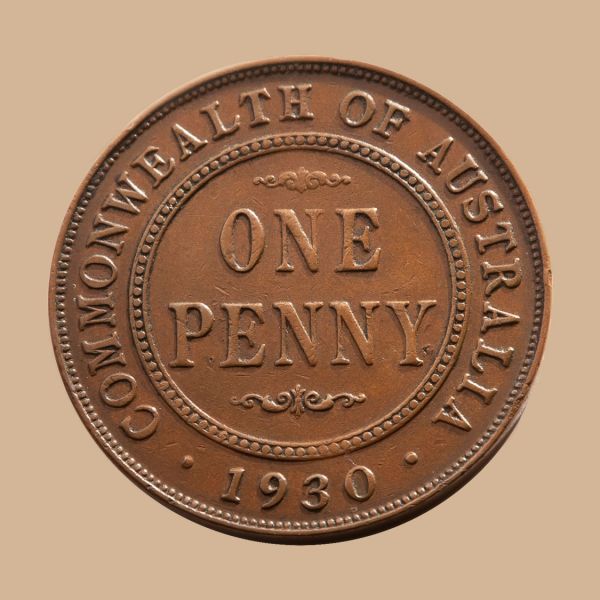 The photograph does most of the talking on this coin. It is impressive with handsome even chestnut toning. Scrolls, date and inner beading are all strong. 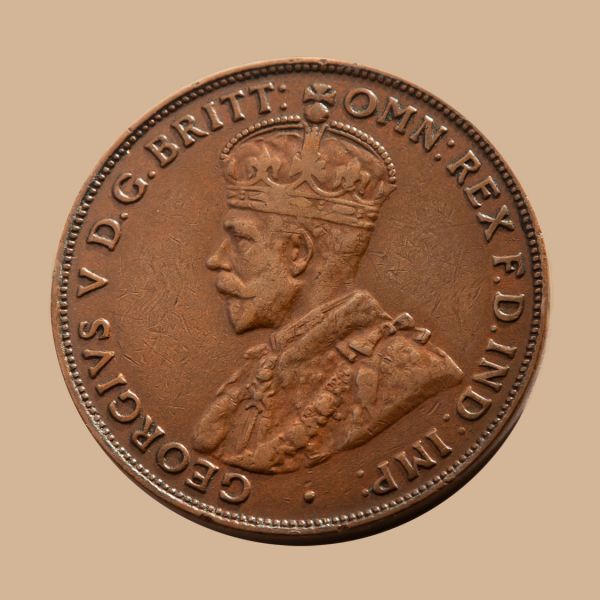 The pearls, the central diamond, the oval to the left of the diamond are clearly visible as shown in the photograph above.