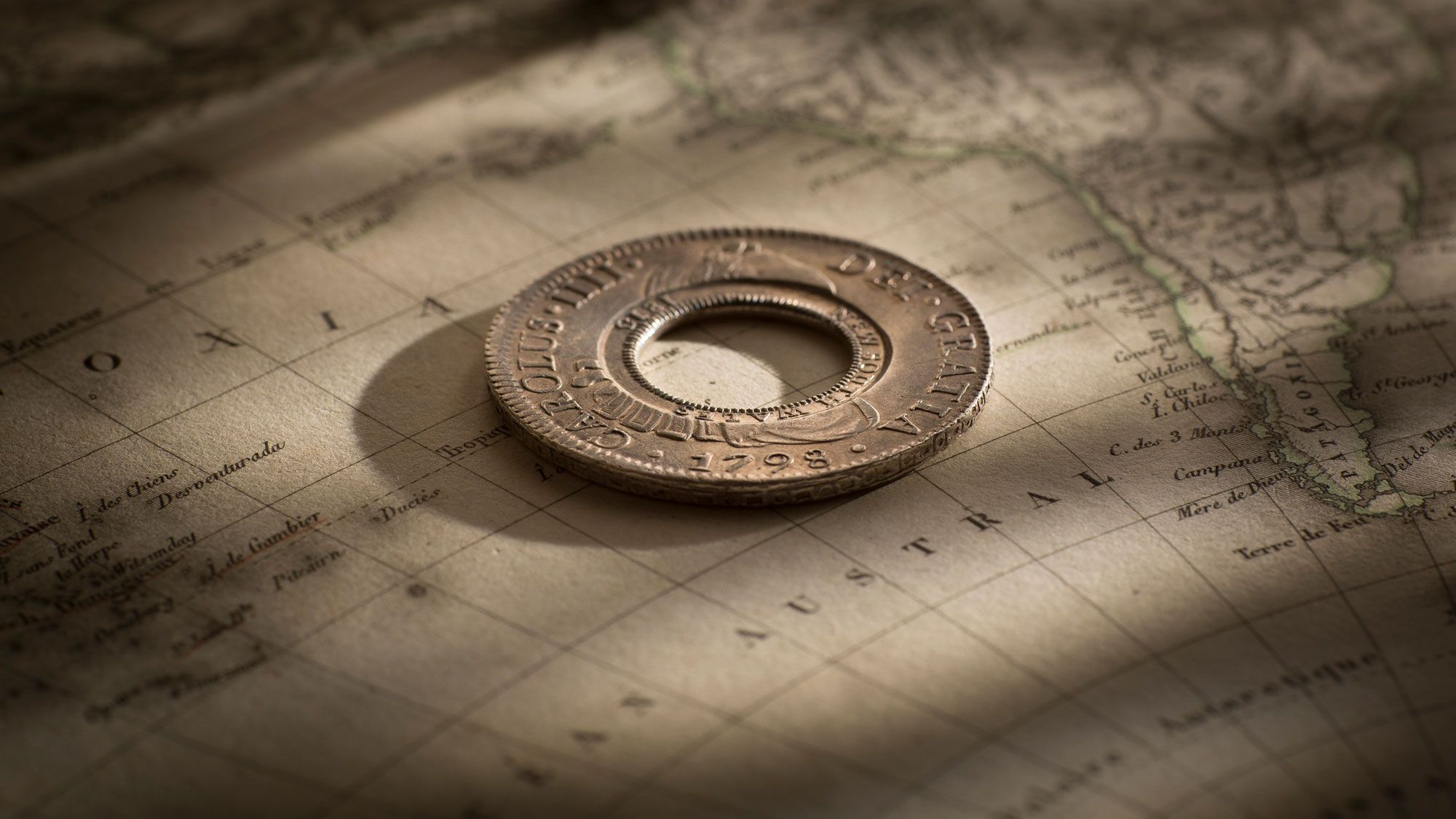 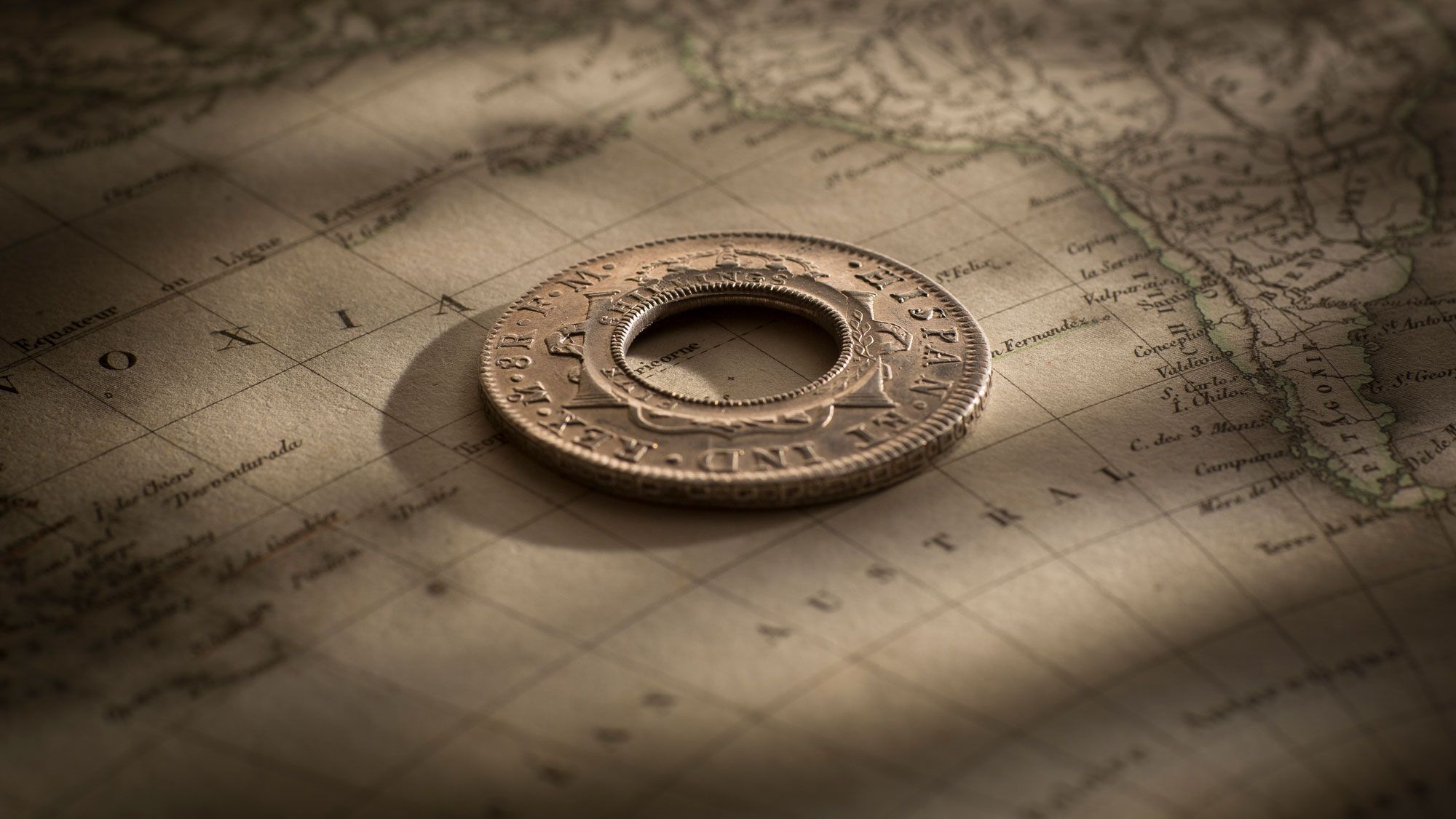 1813 Holey Dollar created from a 1798 Spanish Silver Dollar
COIN
1813 Holey Dollar created from a 1798 Spanish Silver Dollar
QUALITY
About Uncirculated.
PROVENANCE
Glendinings London March 1918, in the sale of the W. B. Thorpe Collection, Glendinings London April 1961, in the sale of S. A. H. Whetmore Collection, Foley Collection (USA), Ray Jewell (Australia) by private treaty, Philip Spalding (Australia) by private treaty.
PRICE
$495,000
COMMENTS
We have selected eleven of the finest and most important Holey Dollars to exhibit at the Royal Australian Mint, Canberra commencing 16 August 2019. The Exhibition will run for ten weeks. And this Holey Dollar is one of the eleven, selected on the basis of quality alone. The coin is in a remarkable state of preservation, virtually no signs of circulation and original silver lustre in both the fields and the counter stamps. That great collectors only ever own great coins is evidenced in its list of former owners. The provenance reads like a who's who of acclaimed numismatists and dates back to 1918.
STATUS
Sold October 2019. 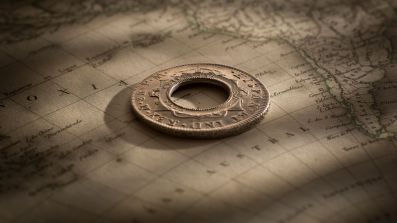 The quality is simply phenomenal. The fields of the non-date side in particular are absolutely extraordinary and the finest we have ever seen.

The conundrum of this Holey Dollar is how it came to be presented in such a miraculous state.

Why wasn't it ever used when it was an intact 1798 Spanish Silver Dollar?

In the 18th century, Spain ruled the world. And the Spanish Silver Dollar was accepted and used the world over.

So how did a 1798 silver dollar retain its pristine state during the fifteen years before it arrived in the penal colony of New South Wales and came into William Henshall's hands?

It is a statement of fact that most Holey Dollars are today found well worn. No quality parameters were set on Macquarie’s shipment of 40,000 silver dollars.

This Holey Dollar is the absolute exception.

The extent of usage of this Holey Dollar after it was released into circulation is evidenced by the wear to the counter-stamps, the over-stamping around the inner circular edge … New South Wales, 1813 and Five Shillings.

The counter-stamps of this Holey Dollar are also graded in the premium quality of about Uncirculated and retain their original silver lustre.

Created in 1813 by mint-master William Henshall, circulated in the colony for 16 years when it was eventually demonetised with minimal usage in between.

This Holey Dollar is simply extraordinary.

The Holey Dollar is one of Australia’s most desirable coins. The coin is rare. And the coin is steeped in history. 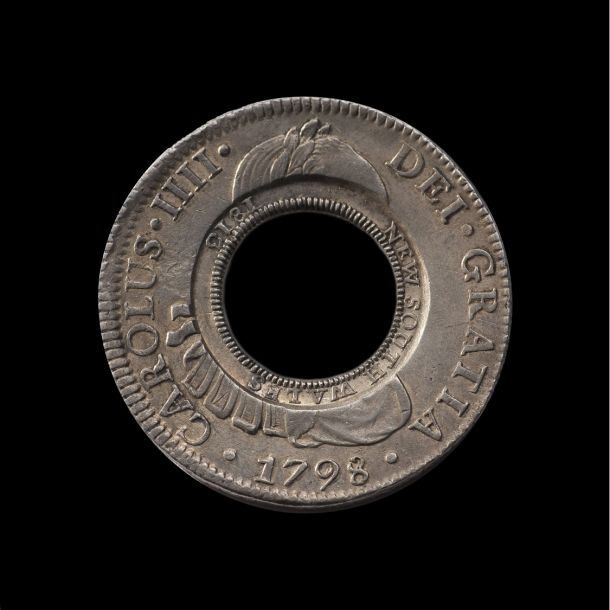 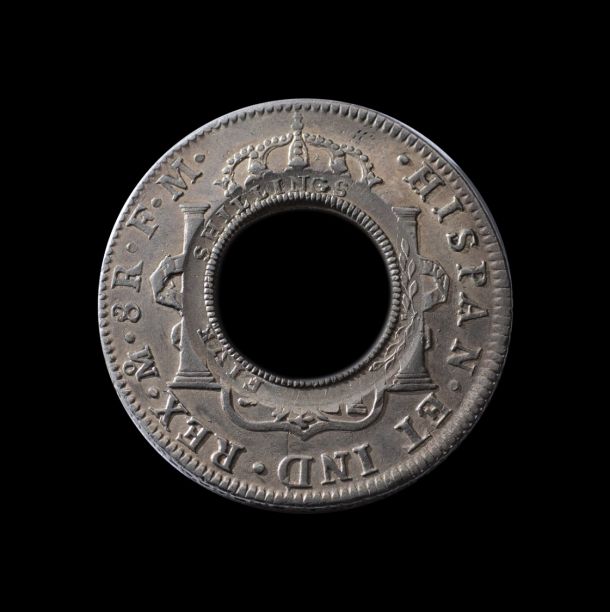 The counter stamps are a supreme quality about Uncirculated on both obverse and reverse and also have original silver lustre.

That great collectors only ever own great coins is evidenced in the list of former owners of this Holey Dollar.

The provenance reads like a who's who of acclaimed numismatists … W. B. Thorpe, S. A. H. Whetmore, Ray Jewell, Philip Spalding.

A detailed provenance is shown below.

And then eventually back to where it all began in Australia.

That the coin has attracted sustained buyer interest right across the globe for more than a century, in London and New York, reflects the international appeal of the Holey Dollar.

And the resounding appeal of this particular coin.

There is an immeasurable pride in owning an example of Australia’s first coin, the Holey Dollar.

And if you can open not one, but TWO, of the most respected books on Holey Dollars and see your coin detailed and illustrated, then the feelings go even deeper.

It is an affirmation of the proud history that accompanies your coin. And so it is with this Holey Dollar.

It is illustrated in Philip Spalding's esteemed book, “The World of the Holey Dollar”. And the internationally respected “Holey Dollars of New South Wales” by Messrs. Mira & Noble.

And it is true that only a handful of collectors can ever lay claim to having their Holey Dollars in both books. 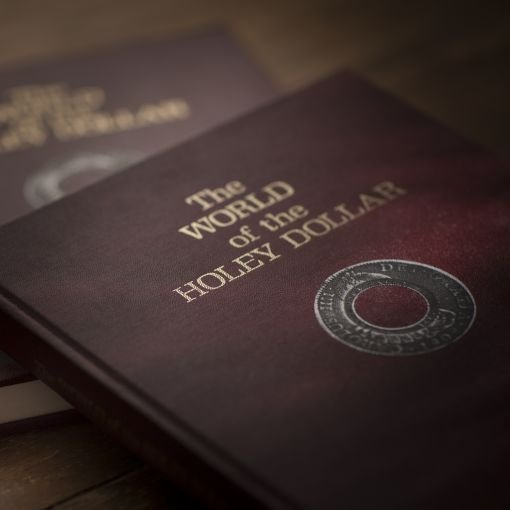