A 'Diamond & Pearl' 1930 Penny with a complete central diamond and eight clear pearls. And the finest we have handled. 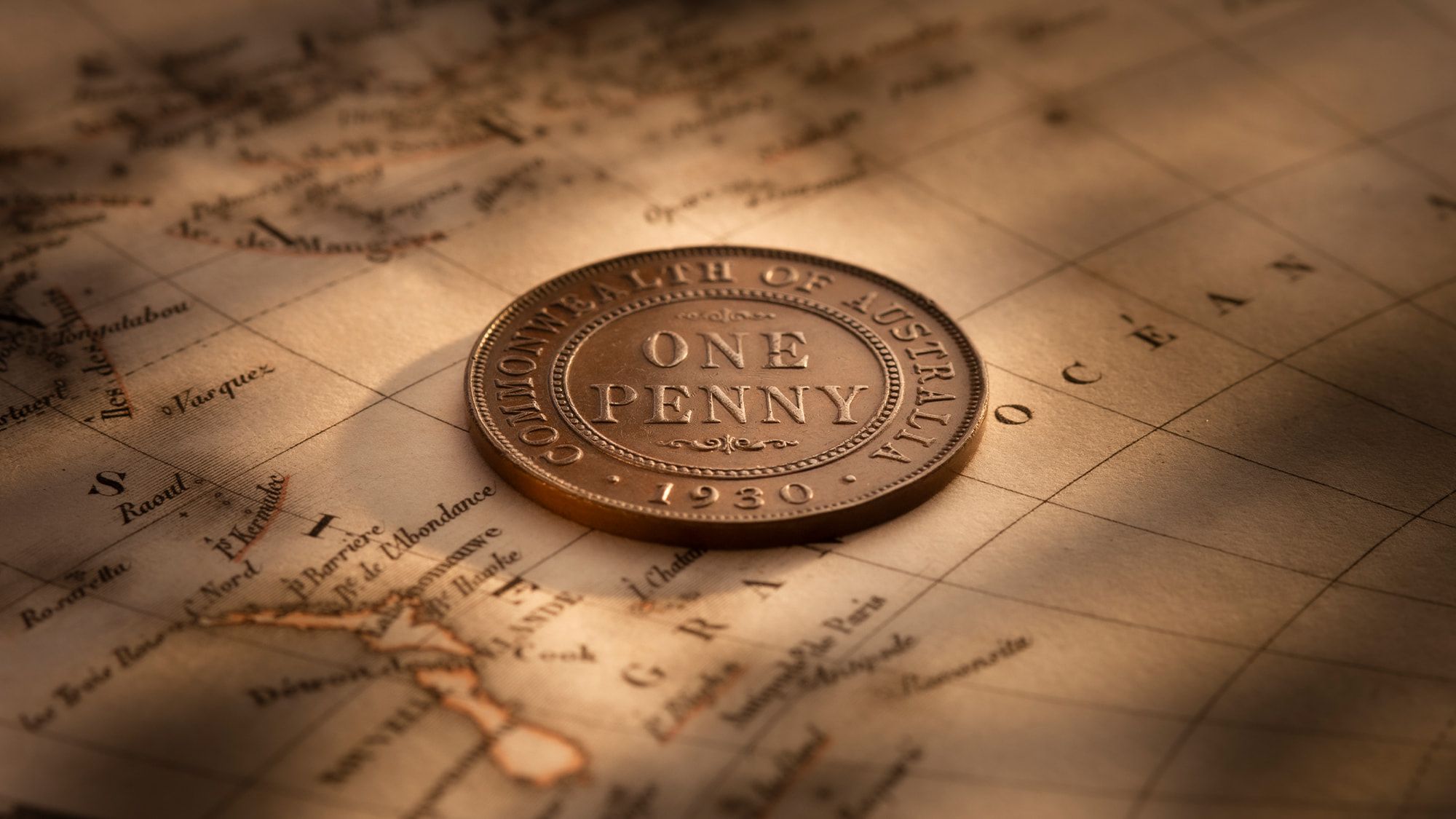 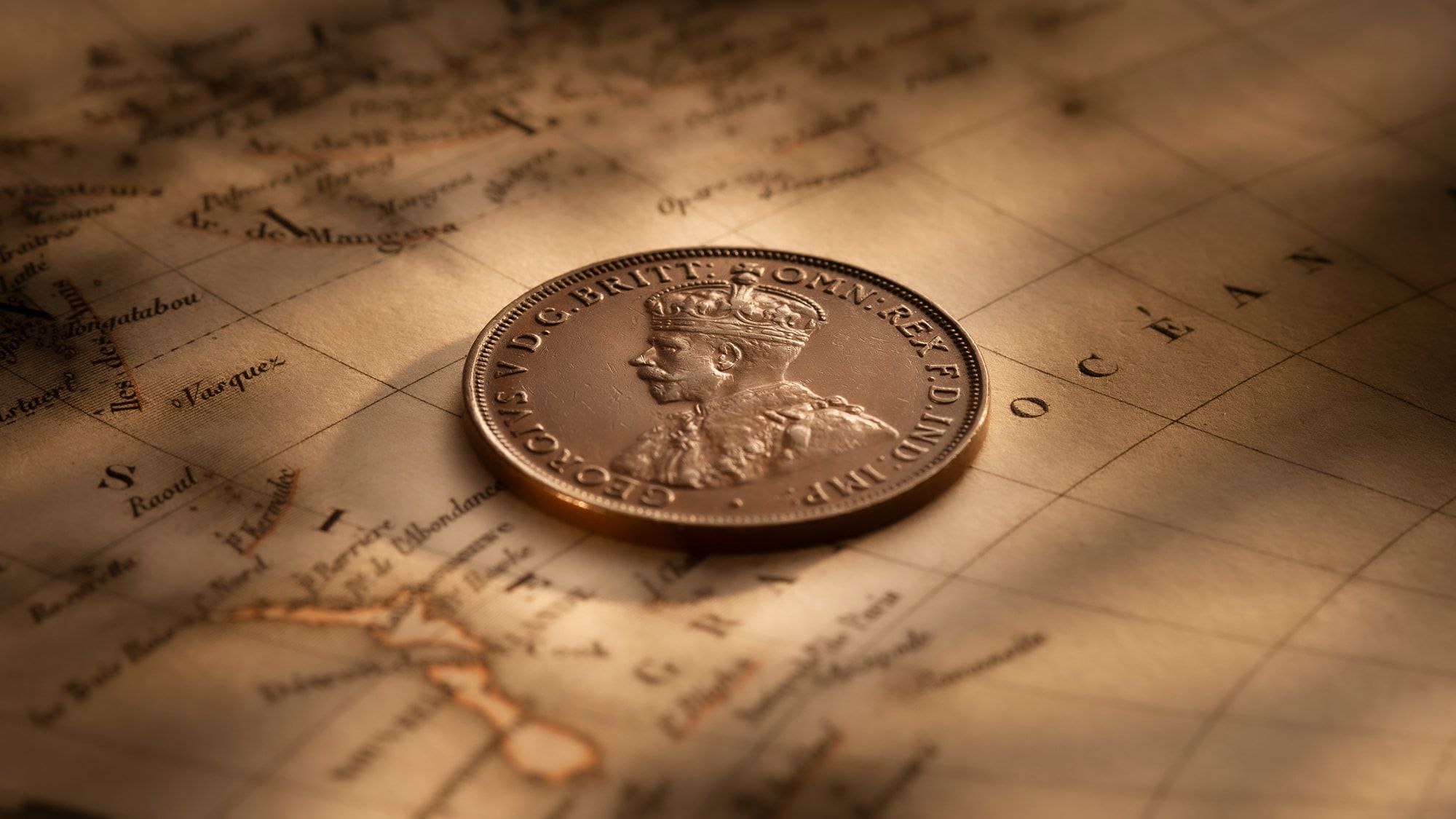 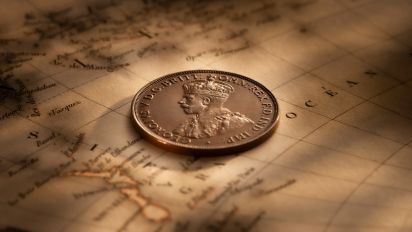 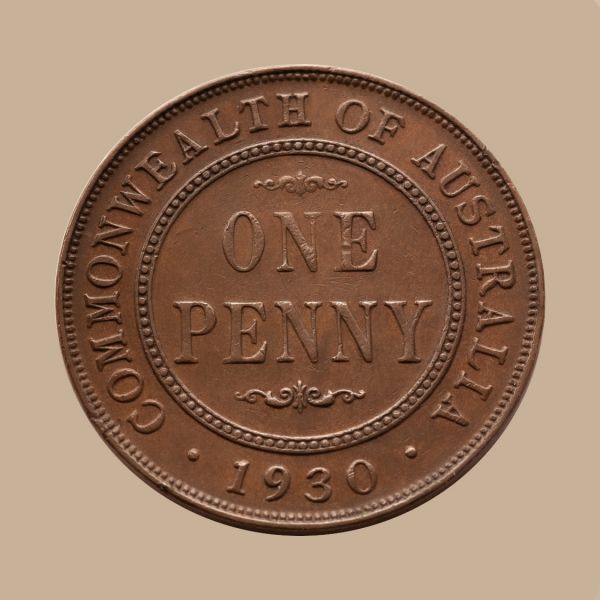 You don't have to struggle with an eye glass to appreciate the attributes of this Good Extremely Fine 1930 Penny. They are clearly visible to the naked eye. The comparative examples of three lesser quality 1930 Pennies affirms the elite nature of this coin. 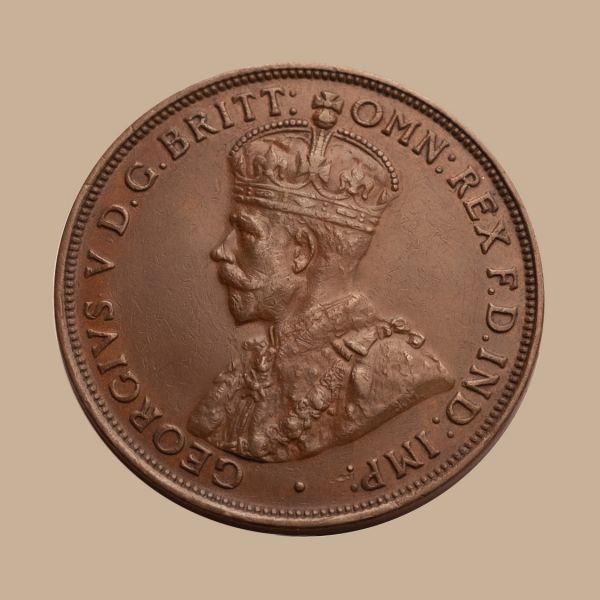 A complete central diamond that 'knocks you in the eye' and eight clear pearls. The upper and lower band in the crown are complete. The oval to the left of the diamond is strongly three-dimensional and complete. Note the detail in the king's robes and the moustache. 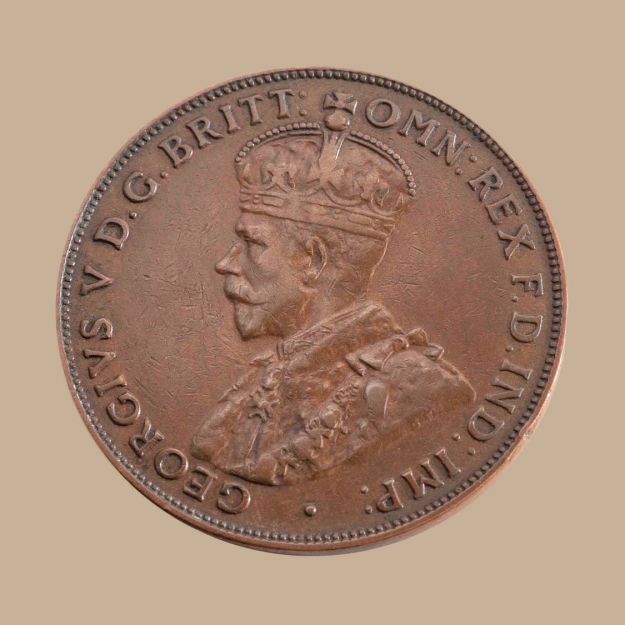 AS A POINT OF COMPARISON
1930 Penny - Quality Good Very Fine

It's a fact that all 1930 Pennies have undergone circulation, with the majority very well circulated and much used.

It is a simple fact that the point at which the 1930 Penny became a collectible - and was taken out of circulation - determines the extent of wear that the coin sustained. And shapes its price.

This 1930 Penny is graded Good Very Fine and would be in the top fifty examples. 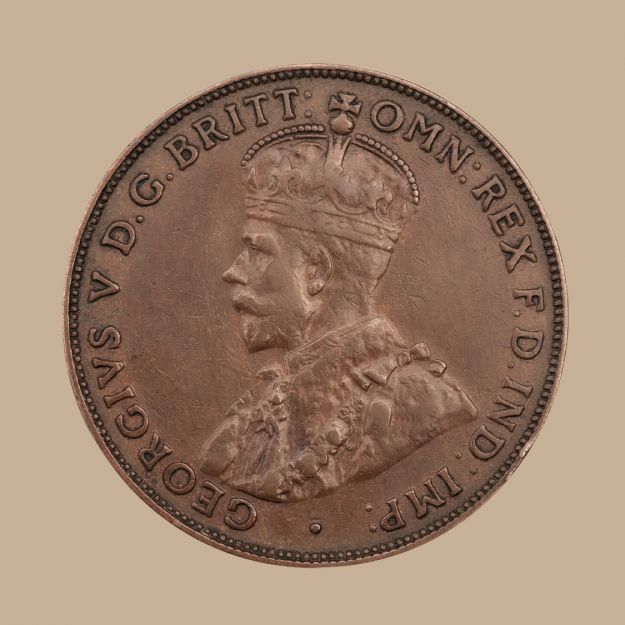 AS A POINT OF COMPARISON
1930 Penny - Quality Very Fine

This is a 'Diamond' 1930 Penny with a complete central diamond and six clear pearls.

It is noted that the seventh and eighth pearls, one of the first areas of the design to sustain friction, have been flattened.

There is significant wear to the robes, moustache and eyebrow.

These comments need to be taken in the spirit in which they are intended for they are not criticisms. They are provided as a point of comparison only.

At Very Fine this coin rests in the top 100-plus examples and is three grades higher than your average 1930 Penny. 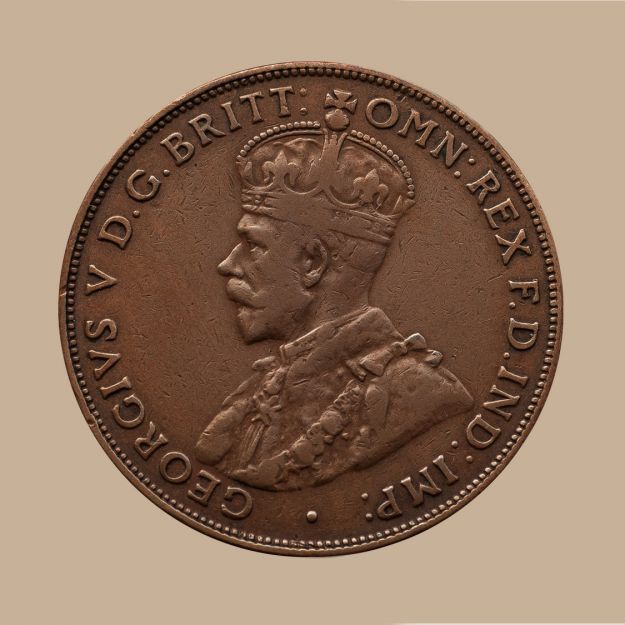 The most popular entry point for 1930 Penny buyers is at the grading level of Fine to Good Fine.

This is your average circulated coin.

The central diamond is obliterated or perhaps just showing the top right-hand side only.

Six pearls are evident in varying strengths. The seventh and eight pearl are totally flattened. And the oval to left of the central diamond is half showing. Obvious wear is creeping into the rest of the band in the crown, the pearls and the remaining oval.

At least 500 1930 Pennies would become available (over time) at this quality level.