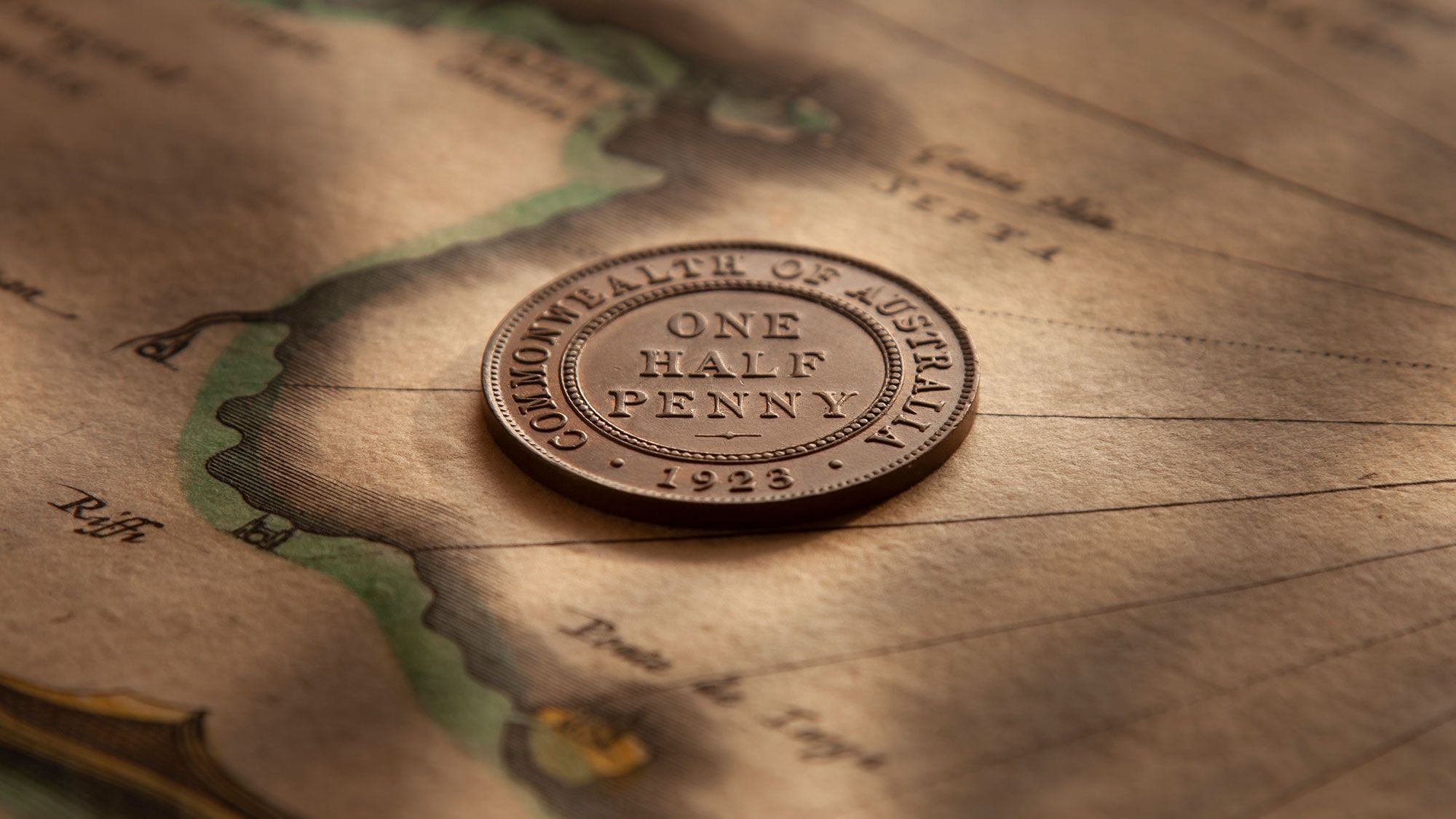 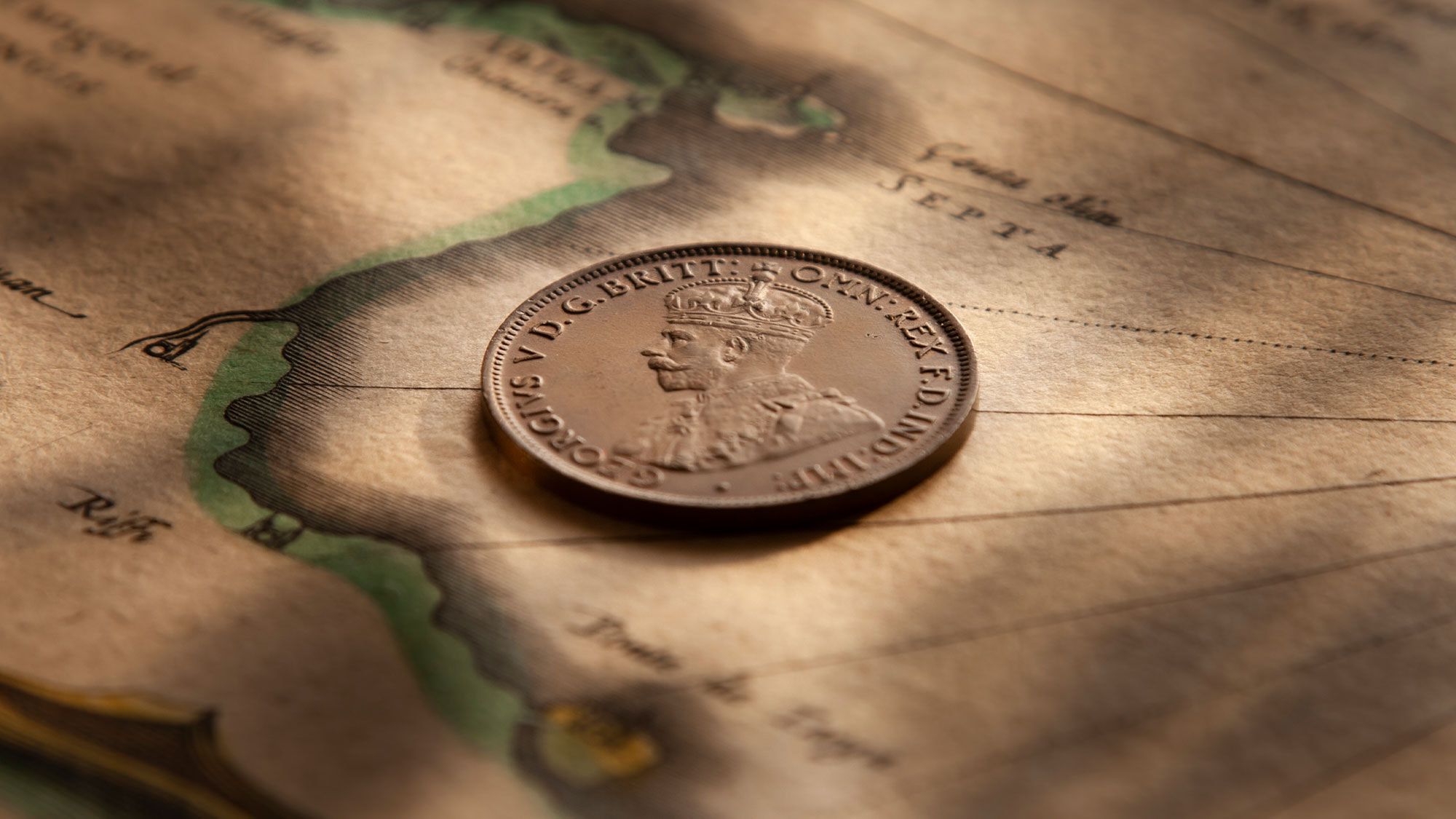 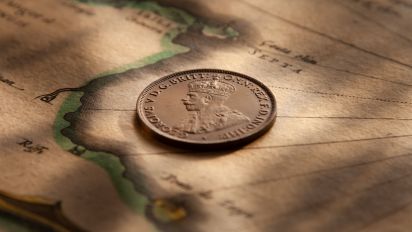 The 1923 Halfpenny is a classic Australian rarity with an elite status.

The coin is Australia's rarest halfpenny and enjoys a constant stream of demand.

Furthermore, the coin is scarce. Only 15,000 are believed to have been struck.

It's also extremely rare in high quality because the halfpenny, as a low denomination coin, was well used.

Our research confirms that a collector that is looking for a high grade 1923 Halfpenny (quality level of Good Extremely Fine or better) will check out at least one hundred coins before he finds one worth considering. And how long will it take for the one hundred coins to come around? Not quickly, that's for sure.

This 1923 Halfpenny is a stand-out piece. Brilliantly struck and obviously cherished in the ninety-nine years since its striking. Its state of preservation is remarkable. 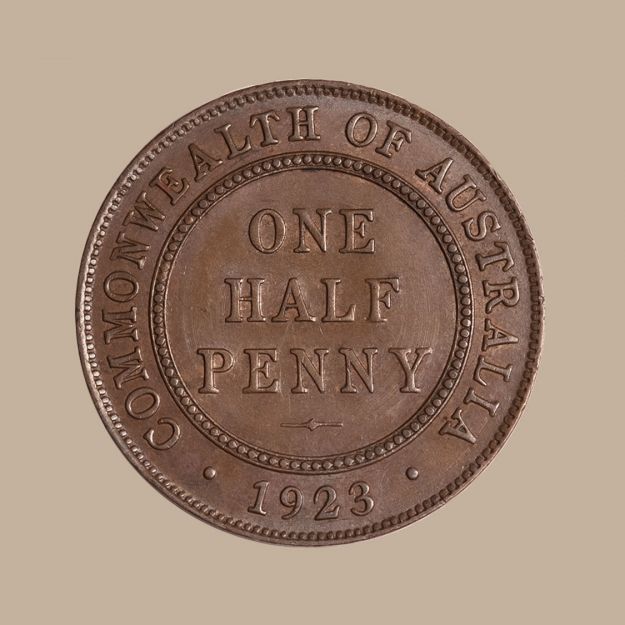 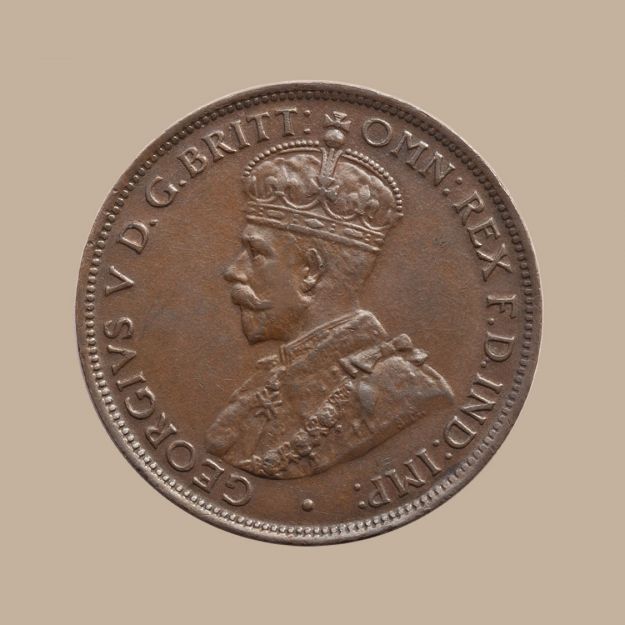 An amazing obverse. The diamond is sharp, complete and three-dimensional. The eight pearls are pristine. Smooth, highly reflective fields.

While not everyone could hold onto (or even gain access to) a gold coin, the nation’s coppers were accessible to the man in the street.

And while there is no doubt that Australia’s 1923 Halfpenny has benefited from the emotional feelings stirred up by its side-kick, the 1930 Penny, the ’23 stands on its own merits as Australia’s rarest halfpenny.

And an Aussie icon.

This coin is one of the finest examples of the nation’s scarcest halfpenny.

It is in a remarkable state of preservation with highly reflective, smooth surfaces.

As a company we appreciate top quality. But more than top quality we love to see the words ‘exceptional quality’ ascribed to a piece. And this coin is exceptional for quality.

A rarity that defied the mintage figures.