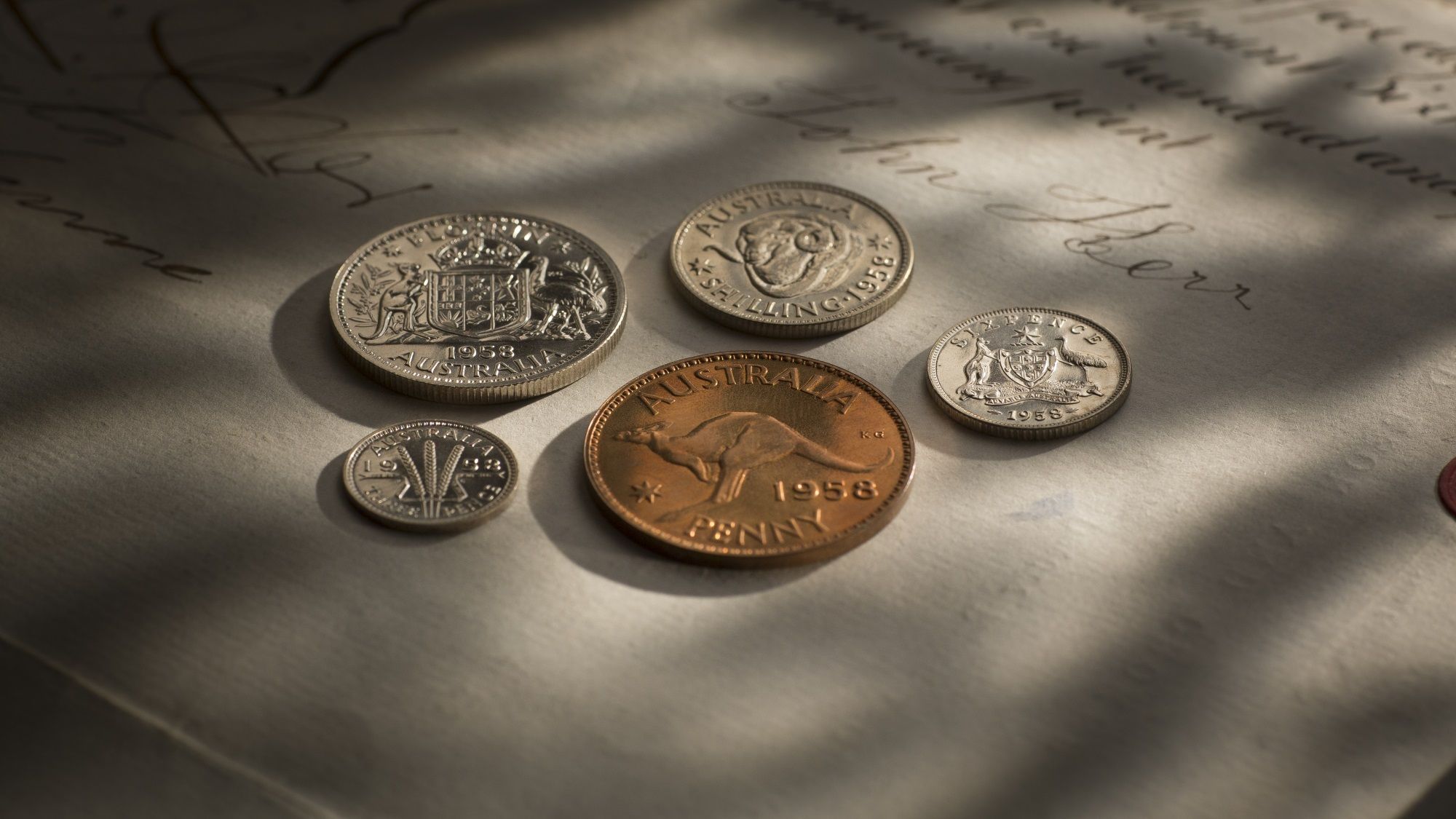 It comes at the top of our list of recommendations for clients looking to tuck something special away for their children or grandchildren. It is without doubt one of the most popular collecting series in the Australian coin market.

Quality is paramount. While all the coins were struck to proof quality, their state of preservation, how well they have been cared for in the intervening years is critical to maintaining their value and underpinning their future capital growth.

It has to be remembered, the Melbourne Mint did not use any fancy packaging to contain the coins. A cellophane paper envelope was the chosen medium to house the coins and despatch to buyers.

One of the prime reasons for the series popularity is that it is affordable. The majority of sets are available in the $3000 - $5000 price level. This is a dollar level that quite obviously attracts maximum buyer interest.

As each proof set is a stand-alone rarity, there is no pressure on buyers to complete the series. Nine year sets, each coin struck to luxurious proof quality: 40 proof coins in total.

The series does present challenges if the coins are to be procured in top quality. But a complete collection is achievable and can be obtained over time by buying progressively, year by year, set by set. In fact we note that the entire series of Melbourne Proofs can be acquired for the same price as a 1930 Penny. It’s an interesting comparison. And food for thought.

Given the demand, and the limited supply of top quality pieces, the series has an excellent track record of price growth.

The Sydney Mint closed in 1926 and during its 72 years of operation would NEVER strike proofs for collectors on a commercial basis.

The Melbourne Mint and the Perth Mint commenced commercial proof coining for the collector market in 1955, having obtained Government approval. The series came to a conclusion in 1963, just prior to decimal currency changeover.

A restriction was placed on the mint regarding those proof coins that could be sold to collectors. It could only issue proofs of those coins that it was striking for circulation.

For the Melbourne Mint which operated as a prime producer of the nation’s silver coinage, it meant that the majority of their proof sets were silver only, the exception being 1955, 1956, 1958 and 1959. See table below.

The coins were released annually with an official issue price of face value plus a premium of one shilling per coin … mintages averaged around the 1,500 mark.

Each piece was minted to exacting standards – from the selection and polishing of blanks, the preparation of dies and ultimately the actual striking. The result is a coin that is pleasing to the eye, well struck with strong designs and superb smooth background fields.

The series of proof sets struck at the Melbourne Mint is an important one in our currency heritage for it represents Australia’s very first annual proof coining program and the pre-cursor to that taken up by the Royal Australian Mint in Canberra in 1966. 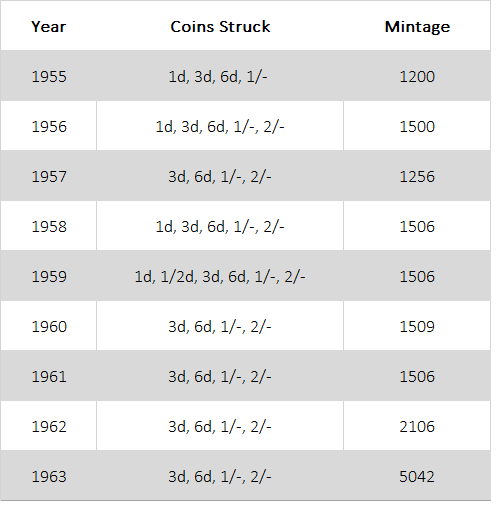