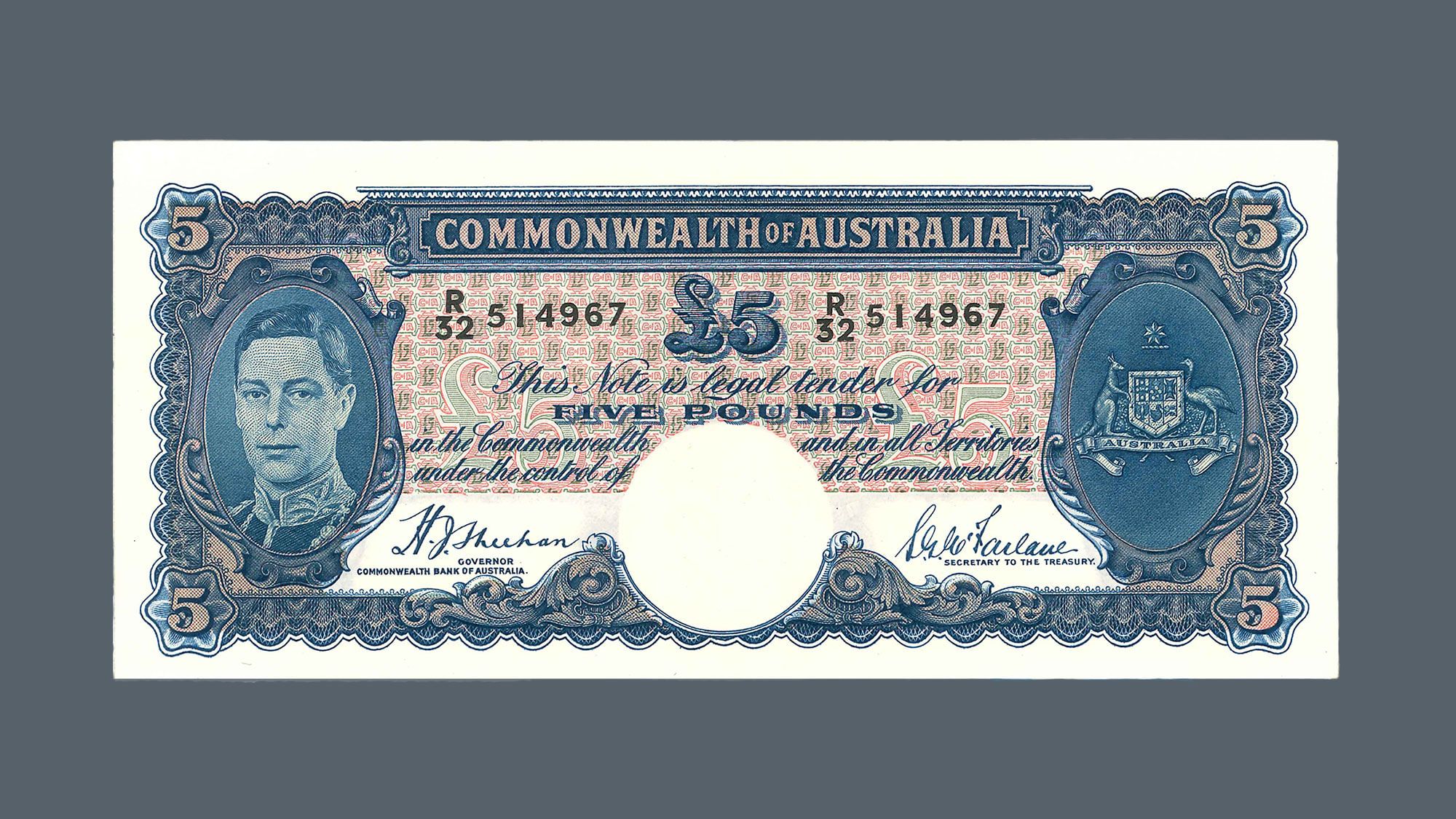 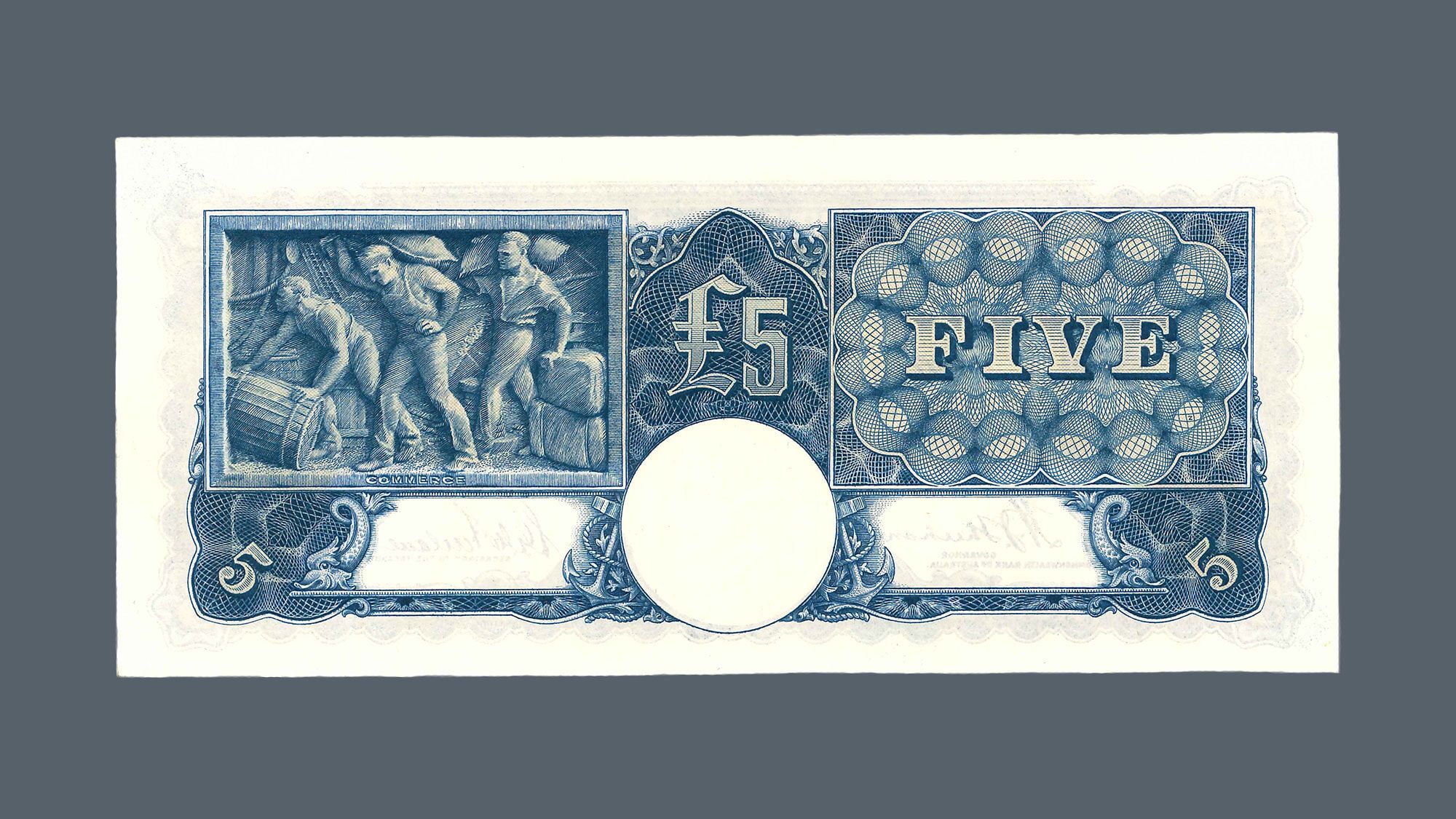 1939 Five Pounds with the signatories of Sheehan & McFarlane printed in blue (R45)
NOTE
1939 Five Pounds with the signatories of Sheehan & McFarlane printed in blue (R45)
PRICE
$8500
STATUS
Sold December 2021
QUALITY
Uncirculated
PROVENANCE
Private Collection NSW
COMMENTS
Original & Uncirculated. Two words that are music to a banknote collector's ears. ORIGINAL ... indicating that the note has been brilliantly preserved, crisp and vivid in colour. UNCIRCULATED ... indicating that it has never been used. These two words are particularly powerful when you consider that this banknote was issued more than eighty years ago - in 1939 - at the commencement of World War II. Over and above its superb original state, this Sheehan McFarlane Five Pounds is historically significant as the first Five Pounds of the George VI era. Furthermore, it is extremely rare for the note has the lowest recorded print run of the entire George VI era. At $8,500 it is affordable and a sensible piece to tuck away for the future either for yourself, for your children or your grandchildren. 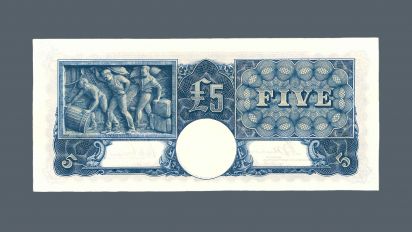 While George VI ascended the throne in 1936, following the death of his father, the Commonwealth of Australia did not issue its first Five Pounds depicting the new monarch's portrait until 1939.