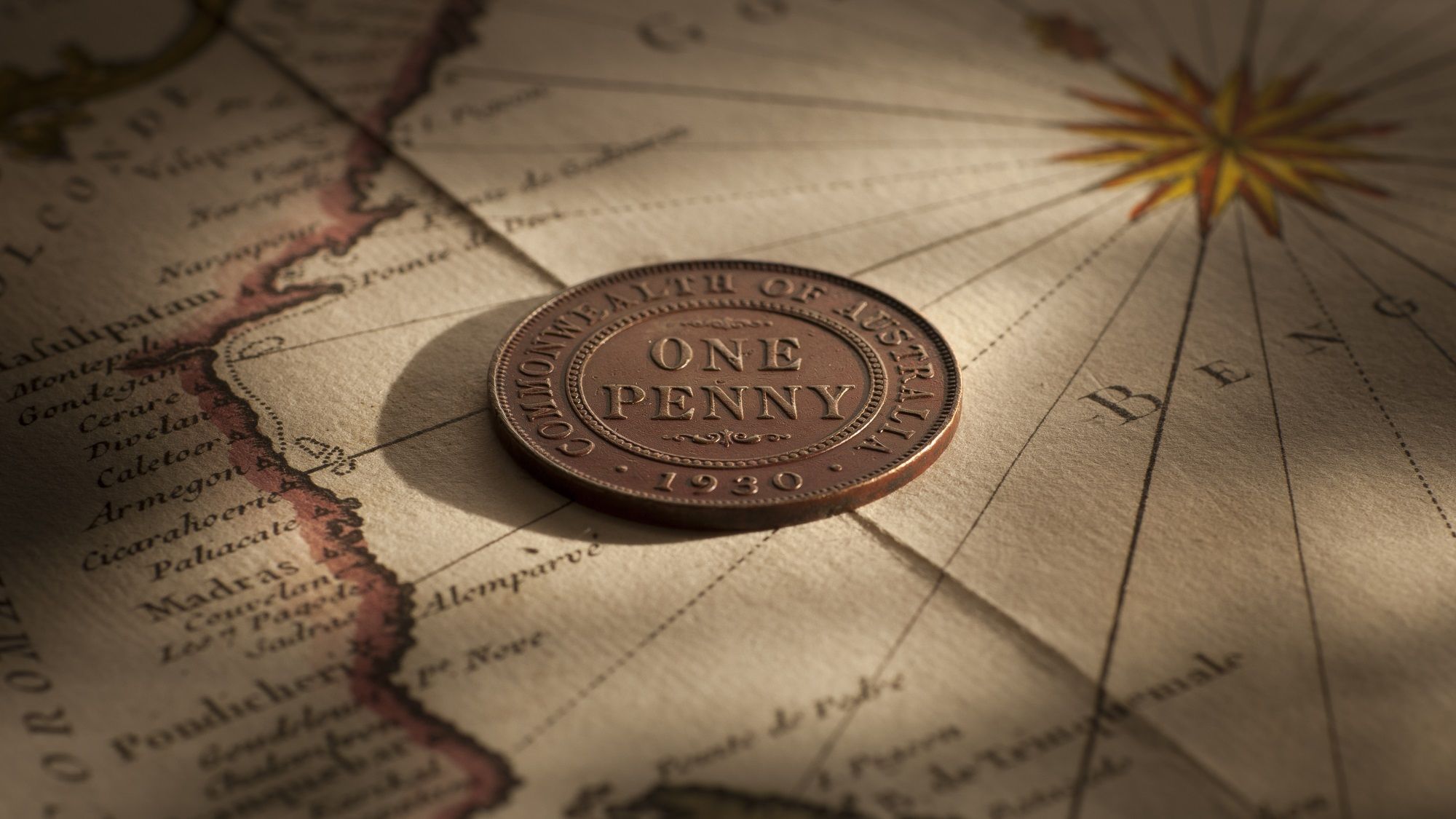 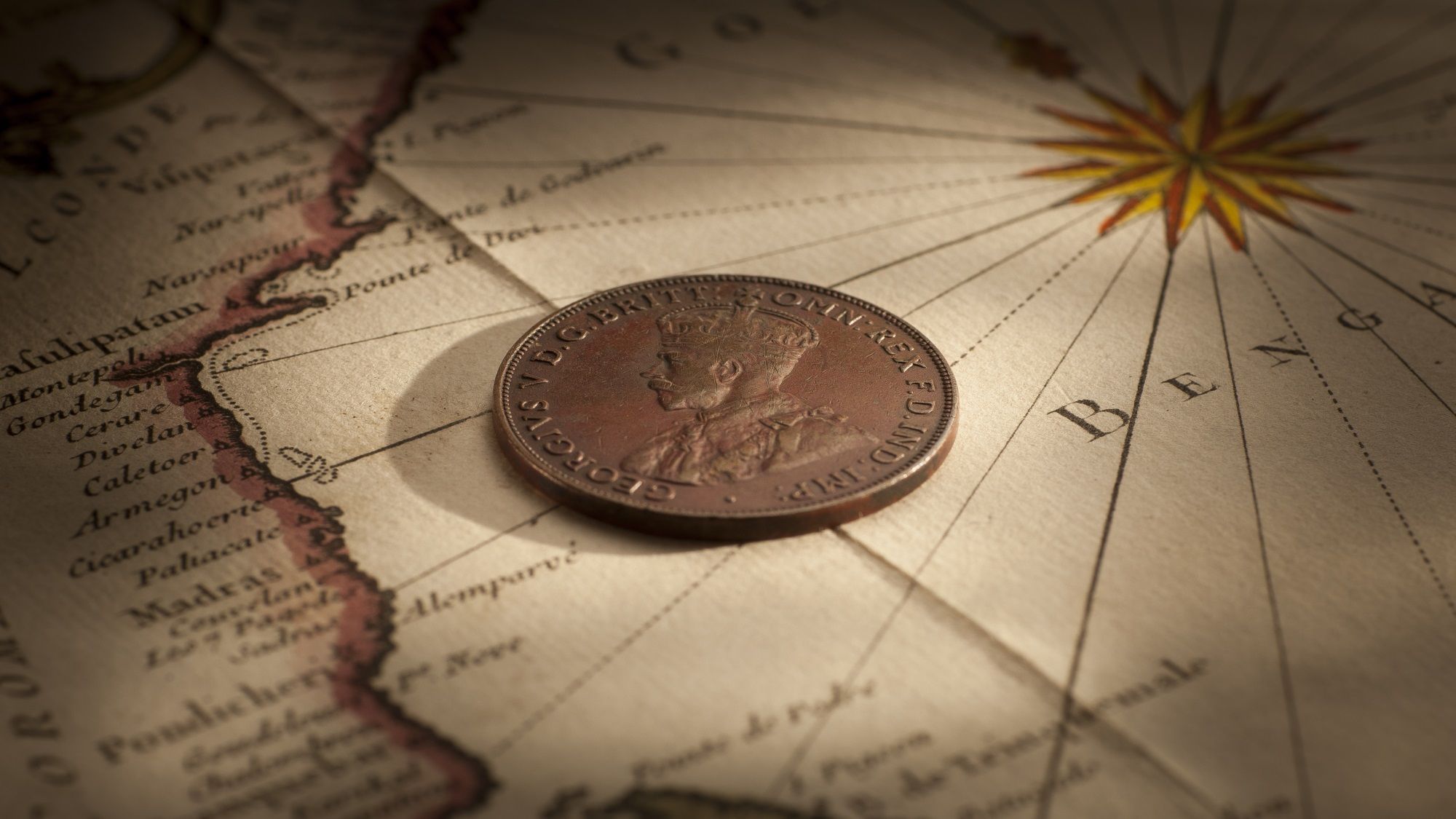 1930 Penny
COIN
1930 Penny
PRICE
$16,000
STATUS
Sold November 2018.
QUALITY
Fine
COMMENTS
Owning a 1930 Penny will become a reality for just one buyer with the offering of this coin. It’s not the finest 1930 Penny we have sold (but then that coin fetched $150,000). But its most assuredly not the worst 1930 around. And we have provided both mood and technical shots for you to be the judge. To the naked eye it is a nice example of Australia's famous copper rarity. And there are no knocks to the edges. The surfaces are a little 'dry' simply because the coin was housed in a Dansco push-in album for decades. Under the glass we note the obverse shows one side of the central diamond and six plump pearls. We also note there are some minor scratches in the crown. This 1930 Penny has recently surfaced having been hidden away for more than twenty years. We acquired it a reasonable price and we are passing on the savings to our clients by way of this personal email offering it at the advantageous price of $16,000. And in the spirit of Christmas, we are giving away the balance of the Penny collection with our compliments. 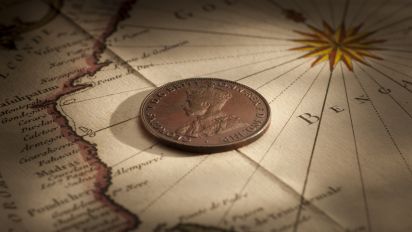 Reverse of the 1930 Penny. Visually very attractive with nice edges and strong upper and lower scrolls. 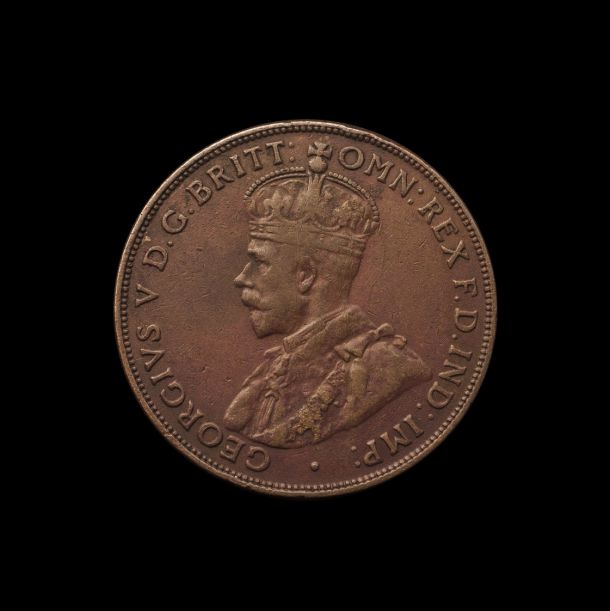 Obverse of the 1930 Penny. One side of the central diamond and six plump pearls.