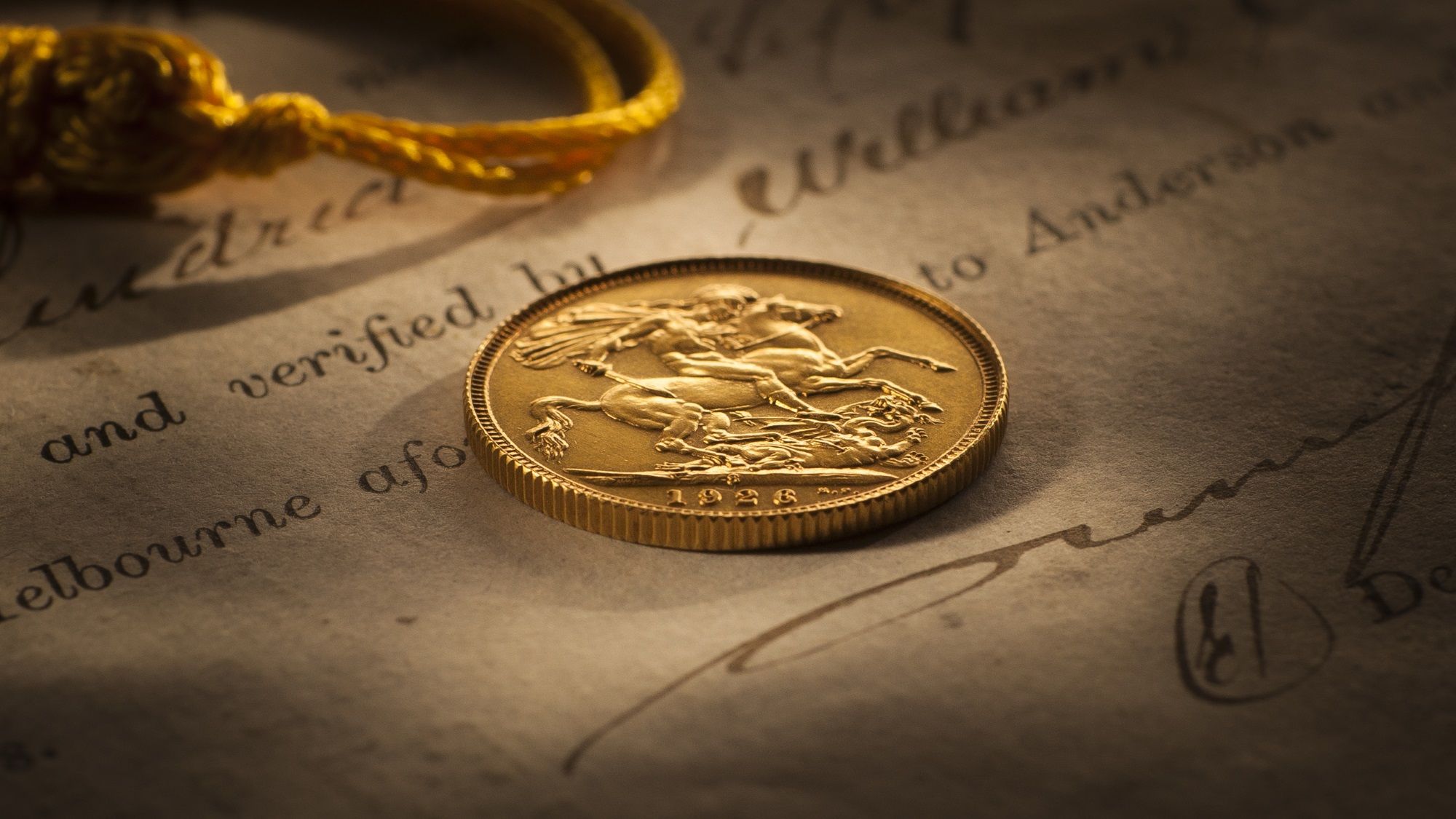 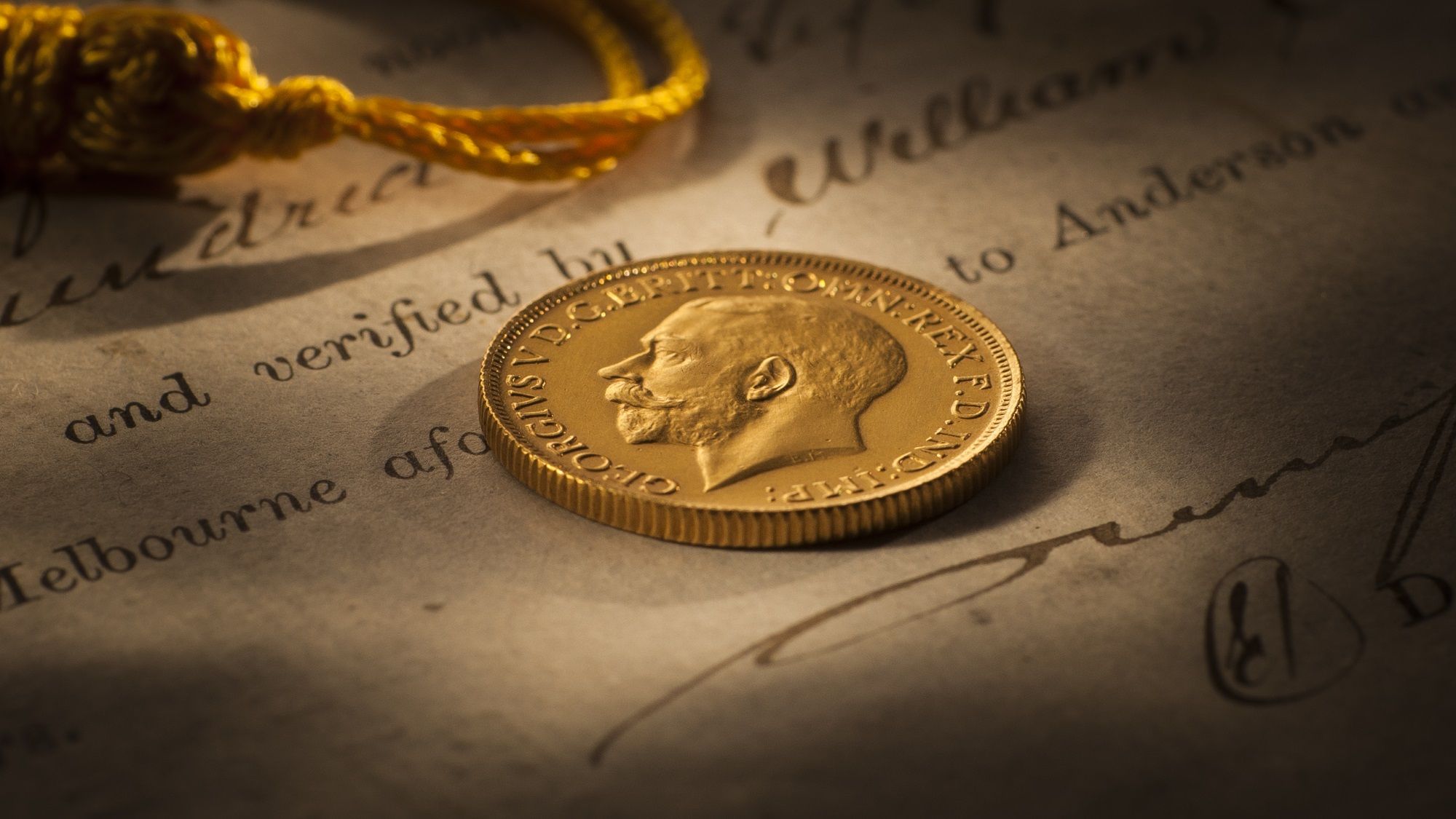 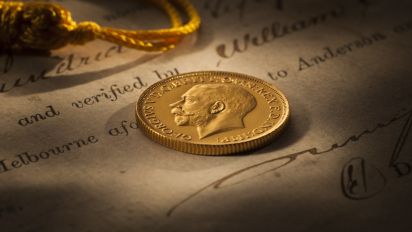 Struck to specimen quality, as a presentation piece, the coin is presented today as a superb FDC, brilliantly preserved and is one of three known.

An invoice made out to Sir William Dixson for the minting of coins on August 11, 1926 confirms that indeed fifty 1926 sovereigns were struck as circulating coins on the last day, destined for selected private collections and museums.

Included in the Library’s archives is a statement (signed by Sir William Dixson’s son, Robert) documenting the minting ceremony noting that “the last eight of the fifty sovereigns were struck individually”.

Dixon’s note further confirms that the last two out of the eight were sent to London.

We now know that they have been melted down.

The third and fourth last sovereigns were presented to Sir William Dixson and bequeathed to the State Library of New South Wales.

The Sydney Mint began receiving gold on May 14, 1855, and issued its first sovereigns soon after on June 23.

After seventy one years of operation, the mint was forced to close. Its operations had been unprofitable for some time the irony being that a mint could go broke making coins.

Today these coins have become vibrant collector’s items. And while all four coins are high in demand, the stand-out year as far as collectors are concerned is the year 1926, which denotes the mint’s final year of coining.

This extremely rare 1926 Sydney Mint Specimen Sovereign is offered at $85,000 and in our view represents outstanding buying value.

Particularly when you consider that a 1926 Sovereign that was struck for circulation - and that showed slight wear to the high points - sold at auction in March 2016 for more than $50,000. A re-affirmation of the significance and importance of the date '1926'.