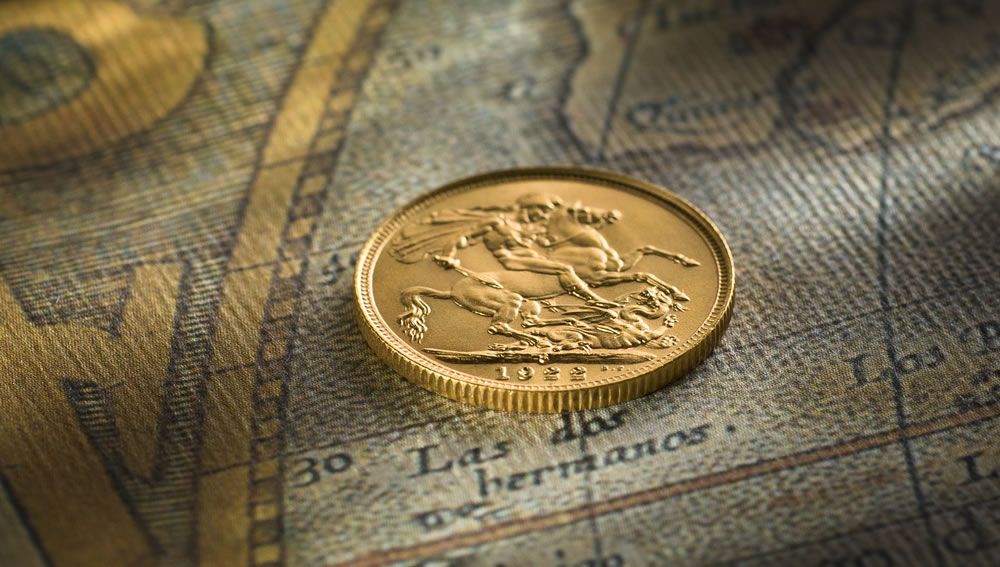 This 1922 Sovereign was struck to specimen quality at the Sydney Mint as a presentation piece. Extremely rare, the coin is one of two known.

The standard portrait of King George V appeared on Australian sovereigns from 1911 and continued uninterrupted until 1928.

Our experiences attest to the scarcity of George V proofs.

In a career that spans forty-plus years, we have handled only the 1926 George V Proof Sovereign and this 1922 Specimen Sovereign.

From a purely financial perspective; the most potent investment coins are those that are quite obviously rare in themselves.

BUT (and this is the clincher) they belong to a sector of the market that is so limited in numbers that it doesn’t give the buyer easy alternatives.

As you can see from the information outlined in paragraph three above, there are no easy alternatives for the collector seeking a George V Specimen or George V Proof Sovereign.

Pass on this 1922 Sydney Specimen Sovereign and it may be at least a decade before an alternative date out of the same George V sector comes along.