A Holey Dollar defined by a rare monarch, remarkable quality, an early date and outstanding credentials. This 1813 Holey Dollar was created from a Charles III Spanish Silver Dollar that was issued at the Mexico Mint in 1777 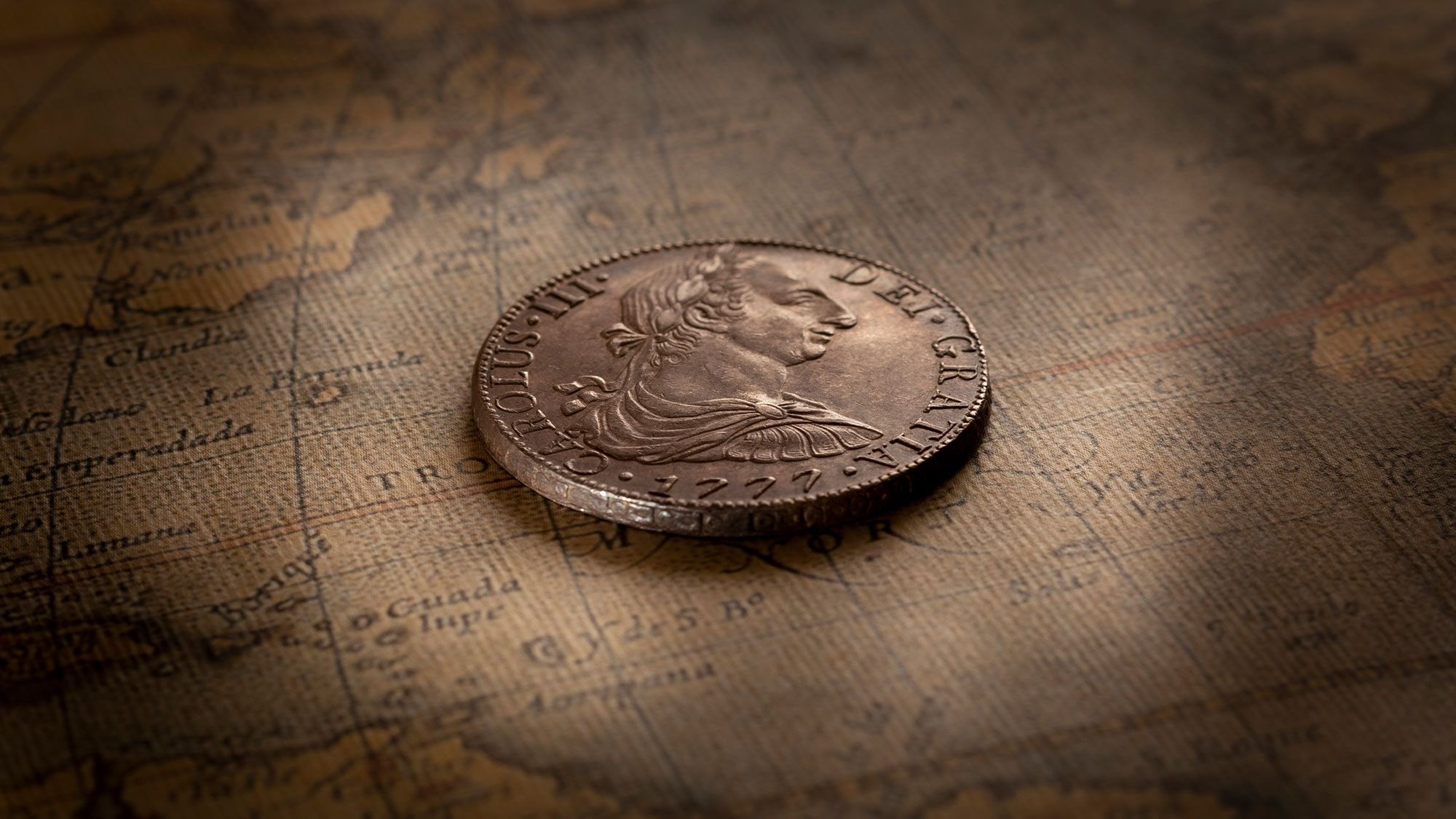 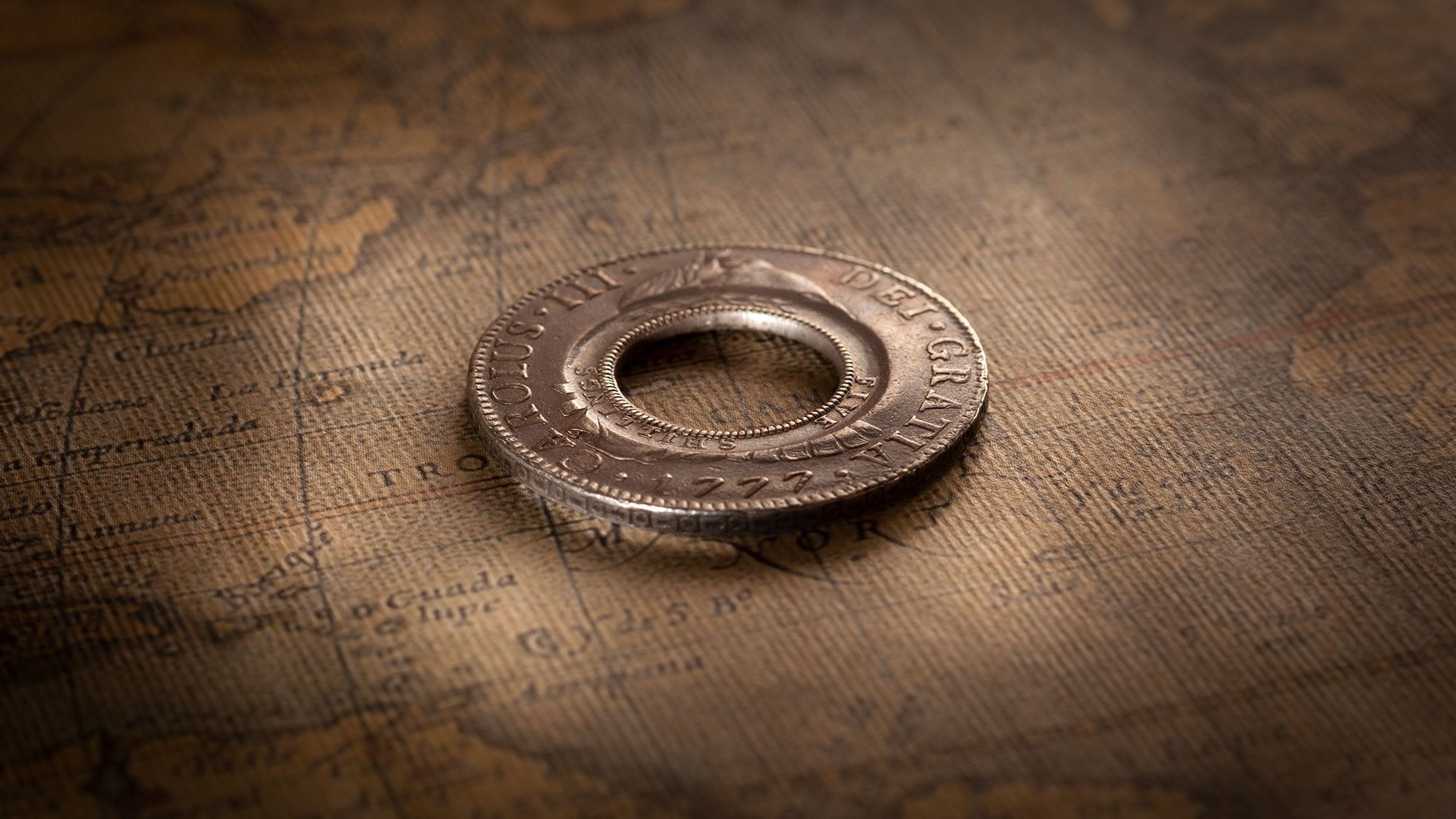 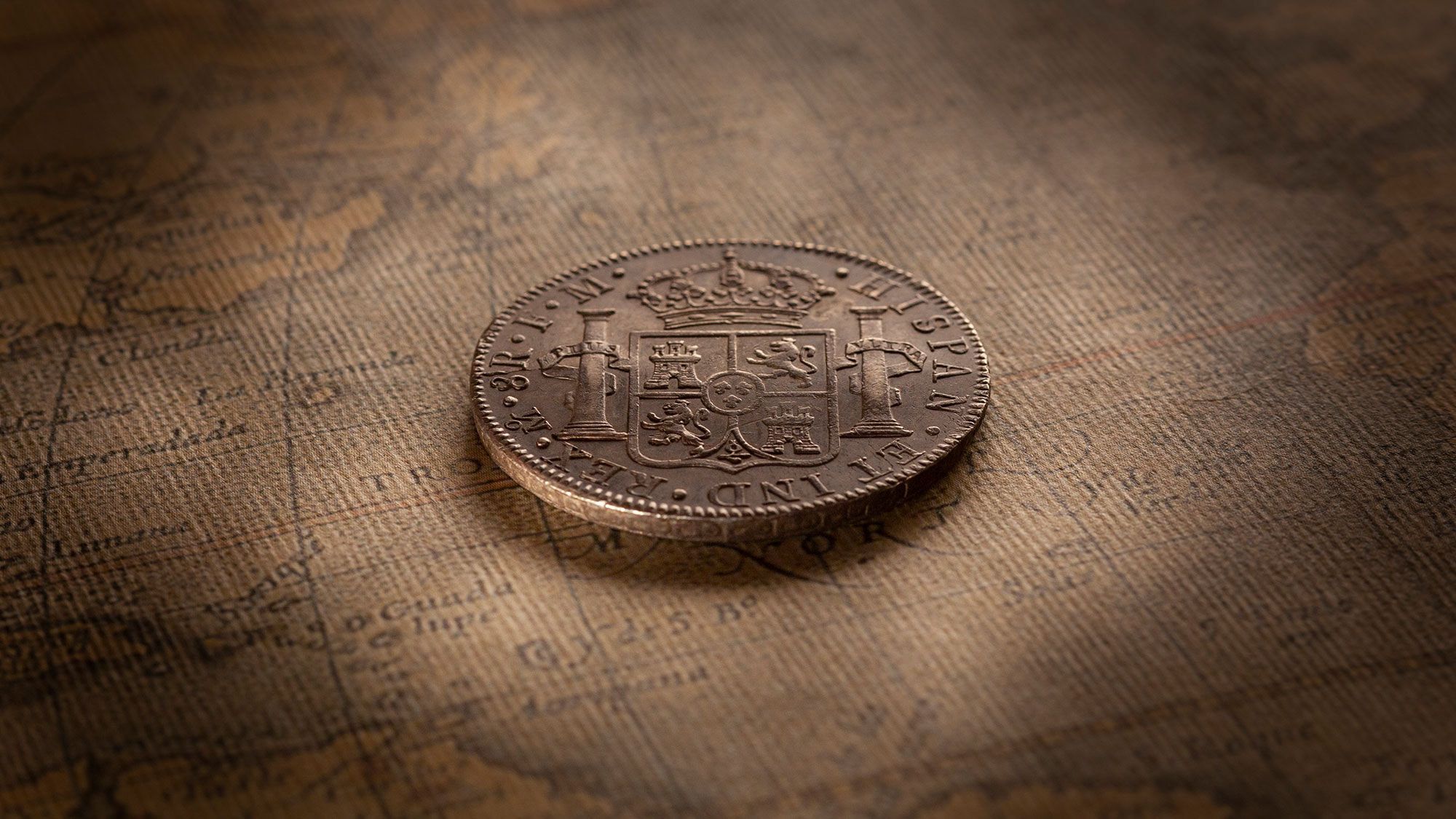 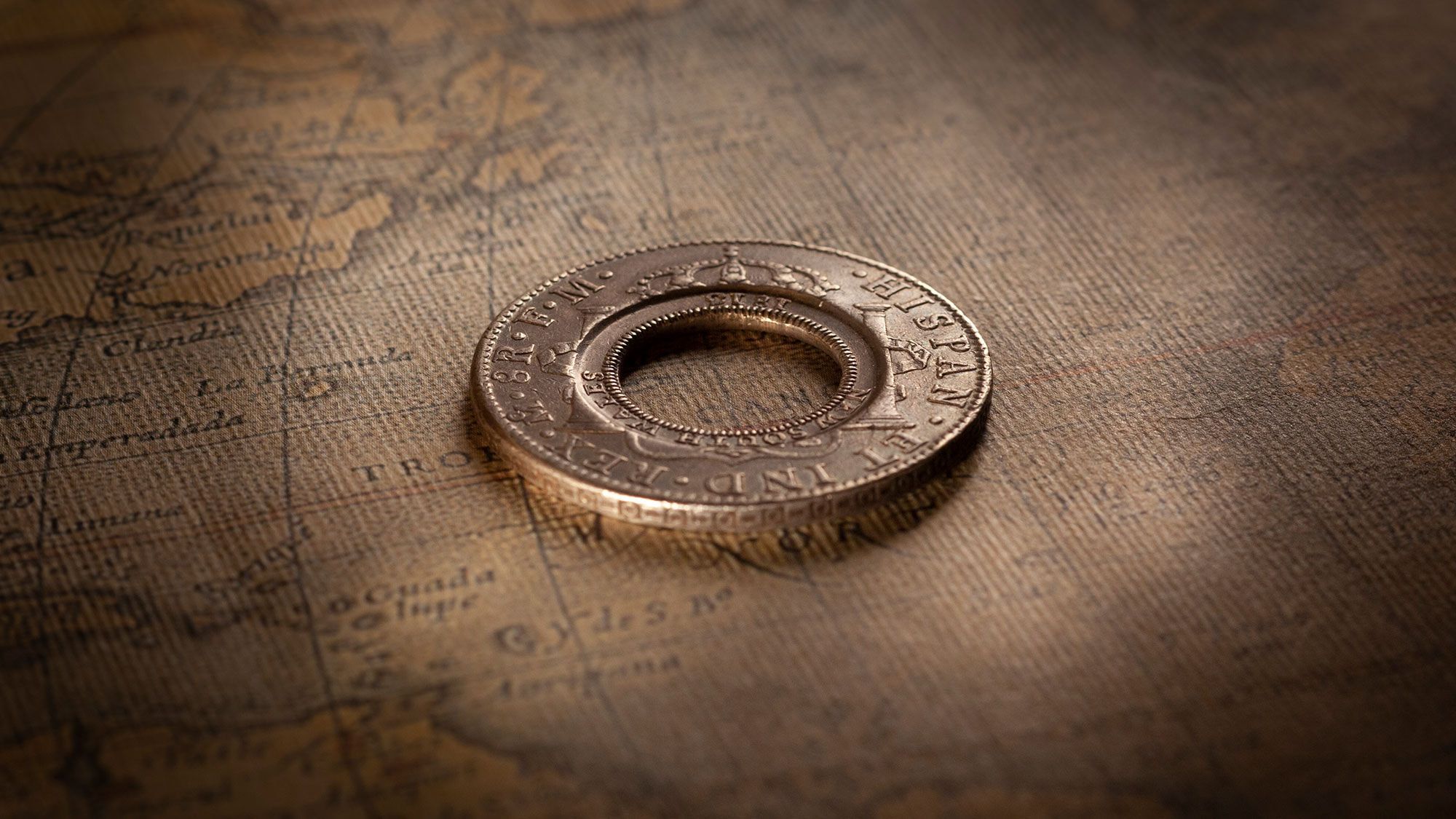 A Holey Dollar defined by a rare monarch, remarkable quality, an early date and outstanding credentials.

Governor Lachlan Macquarie's imported 40,000 Spanish Silver Dollars to create the nation's first currency. His order was not date specific. Any year would suffice. Quality was irrelevant. And he didn't care where they were minted, Mexico, Peru, Bolivia or Spain. The reigning monarch at the time was also immaterial, King Charles III, Charles IV, Ferdinand VI or Ferdinand VII.

Of the one hundred and ninety privately owned Holey Dollars, twenty-two (or twelve per cent) were created from silver dollars that were struck during the reign of Charles III.

By comparison, at least seventy five per cent of the privately owned Holey Dollars were created from silver dollars depicting the legend and portrait of Charles IV.

In a career that is approaching the half-century mark, this is only the fourth Charles III Holey Dollar we have offered.

Furthermore, with a quality grading of Extremely Fine, this is the finest Charles III Holey Dollar available to collectors.

Remarkable quality and an early date.

This Holey Dollar was struck from a Spanish Silver Dollar that was struck at the Mexico Mint in 1777.

If a Holey Dollar had been struck from a bright and shiny brand-new piece of silver, we would accept that some, maybe many, would survive today relatively unscathed.

The Holey Dollar, however, was struck from a Spanish Silver Dollar, a commodity that was far from shiny and brand-new. The coin was heavily traded worldwide with most well-used and worn.

This Holey Dollar is in a miraculous state when you consider that the original silver dollar circulated for thirty-six years before it was imported into the colony of New South Wales by Governor Lachlan Macquarie and plucked out of the barrel by his cohort William Henshall and defaced by cutting a hole in it.

Now, we have handled a Holey Dollar that was struck from a Potosi Mint 1807 Spanish Silver Dollar. Graded at Extremely Fine, it's an exciting coin because Holey Dollars at this quality level are extremely scarce, in the top seven per cent of known surviving examples.

The earlier the date of the Spanish Silver Dollar, the greater the period of circulation before it came into Henshall’s hands. So, the earlier the date, the more remarkable the occurrence of finding a top-quality Holey Dollar.

The conundrum of this Holey Dollar is how the 1777 Spanish Silver Dollar escaped being used. How did it retain its pristine condition during the thirty-six years before it arrived in the colony and was grabbed out of a barrel by William Henshall?

In the eighteenth-century Spain ruled the world and the Spanish Silver Dollar dominated trade. It was an international currency and medium of exchange the world over. The reason why most Holey Dollars are found today well worn.

But this is not just an 'early date'. This coin is the earliest Charles III Holey Dollar available to collectors.

This Holey Dollar comes to the market with an impeccable record.

Held in the one family for more than a century it was offered for sale in 2016 by German Auction House, Künker, the coin attracting worldwide interest and ultimately establishing a record auction price of $410,388.

1813 Holey Dollar struck from a Spanish Silver Dollar that was struck at the Mexico Mint in 1777. An impressive piece with glossy surfaces. The counter-stamps are graded About Uncirculated, the 'H' for Henshall at the intersection of the two twigs is well formed. (Not just a smudge as we see in most Holey Dollars.) 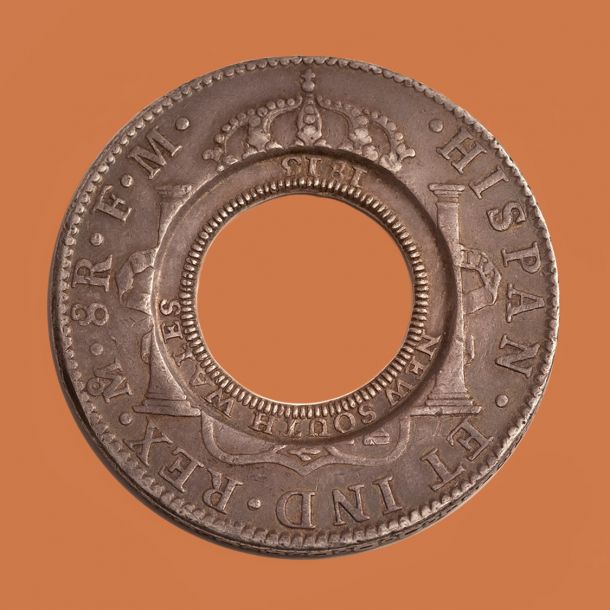 The coin is glossy and highly impactful. The counter-stamps 'New South Wales' and '1813' have silver lustre and beautiful colours in the lettering. 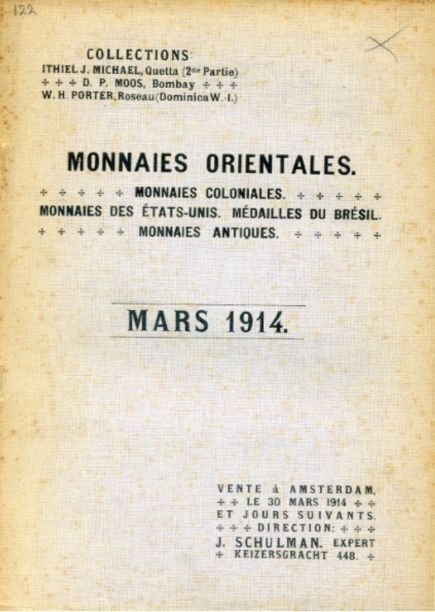 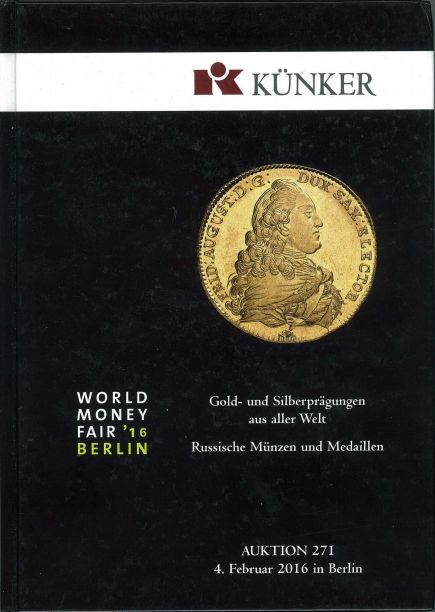