The most valuable Australian penny is the Proof 1930 Penny, the most recent sale occurring in March 2019 for $1.15 million. The coin was especially struck as a Presentation Piece at the Melbourne Mint during the Great Depression. 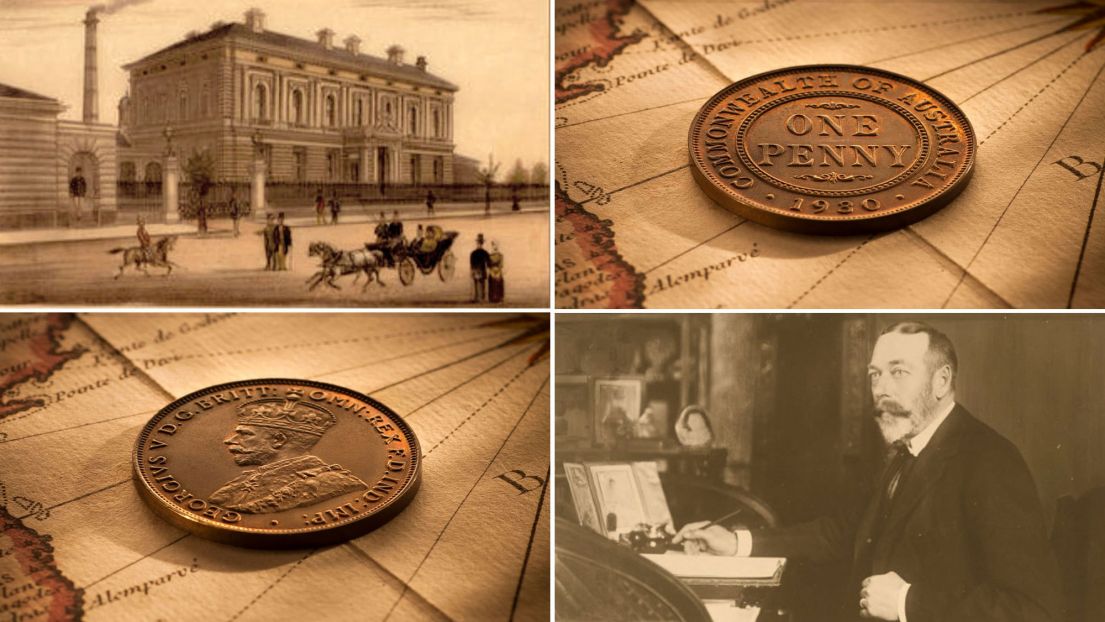 The 1930 Penny is a part of Australian folklore.

Struck during the Great Depression, the 1930 Penny is one of Australia’s most popular coins and today, enjoys a constant stream of demand unmatched by any other currency rarity.

The 1930 Penny was minted at the Melbourne Mint. And, as it so happens, it was minted by accident. Melbourne Mint records indicate that no formal request was received from Treasury to strike circulating coins.

But as we now know, a small number of 1930 Pennies were minted, by mistake. The industry estimates the mintage to be about 1500 coins.

While no formal record is held of those coins struck for circulation, the Melbourne Mint officially recorded the minting of six examples of the Proof 1930 Penny.

The 'King' of Australian coin rarities.

The Proof 1930 Penny is Australian 'numismatic' royalty. The 'King' of Australian coin rarities. It is the nation's most valuable penny, the most recent sale occurring in March 2019 for $1.15 million.

Where are the Proof 1930 Pennies held?

The Melbourne Mint officially recorded its striking of six Proof 1930 Pennies. So where are they today?

Three are held by private collectors, one in Melbourne with the remaining two in Sydney. Three are held in public institutions, the British Museum, the Museum of Victoria and the Art Gallery of South Australia.

The pathway to becoming the most valuable Australian Penny.

Coinworks Managing Director, Belinda Downie, celebrated the purchase and sale of her first Proof 1930 Penny in 1997.

The coin was acquired at a Melbourne public auction and later sold to the owner of the Madrid Collection of Australian Rare Coins for $147,500.

Acting on the instructions of a Victorian buyer the coin was acquired by Coinworks for $258,750. The same coin came back into Coinworks hands in 2005, when it was sold to a Sydney family for $620,000.

Belinda Downie sold the third Proof 1930 Penny in 2011 for $1.05 million. This example had a long and exemplary history having been owned by one of the industry’s great collectors and a pioneer of the rare coin industry, Syd Hagley. In an interview conducted late in 2010, a colleague of Hagley recalled being offered the coin for just £300 in 1964. He declined the offer simply because he could not afford it at the time.

His misfortune became clear in 1974 when the coin sold at auction in Los Angeles for $16,000 as part of the famed Dr Paxman Collection. The under bidder at the time, now retired rare coin dealer Laurie Nugent, still recalls his bitter disappointment at missing out on the famous penny. He eventually acquired it in 1981.

In 1982, the Proof 1930 Penny’s star status was confirmed when Australian nursing home magnate Doug Moran bought it for a reported $100,000. For Moran, it was a matter of national pride – he declared that the coin was so important it should never leave Australian shores.

The Hagley specimen was offered at public auction in 2000, where it was picked up by a Melbourne collector for $281,750. In 2011, Coinworks was commissioned to sell the coin privately. The sale was completed in that year for $1.05 million.

The media always refers to the Proof 1930 Penny as the ‘King’ of Australian coin rarities. And with good reason. It is our most valuable coin.

But there is more to the Proof 1930 Penny that its value. The coin generates a strong emotional attachment that goes far beyond its numismatic worth.

We have only seen such an intense connection with one other product. And that was the Commonwealth of Australia’s first banknote, with the serial number '000001'.

And the connection is summed up in two words. ‘National Pride’. 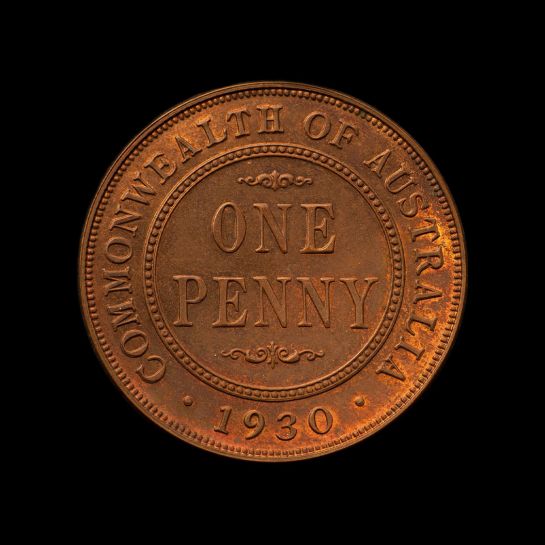 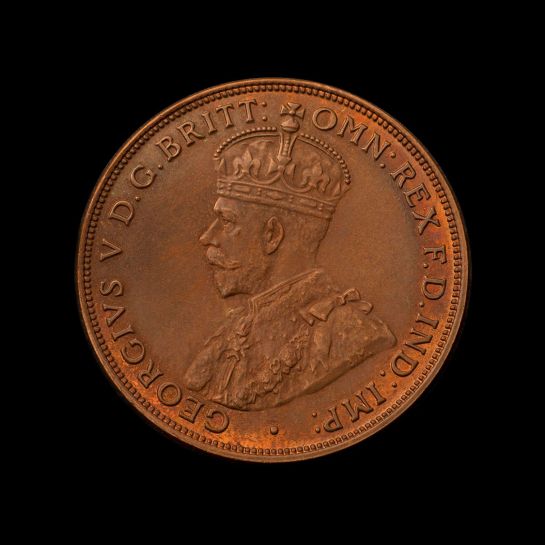 The obverse (head side) of the 'British Museum' Proof 1930 Penny. 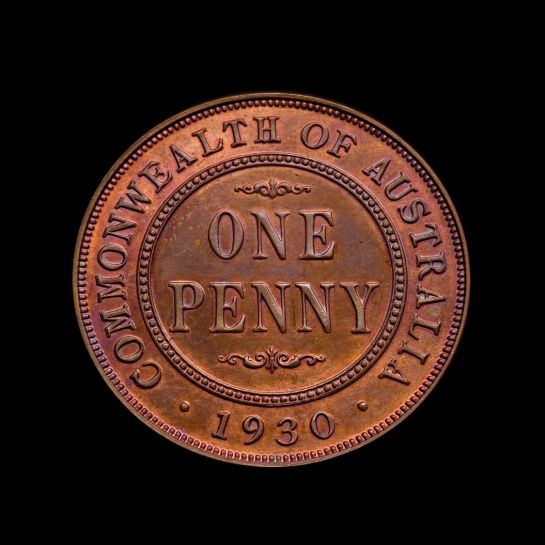 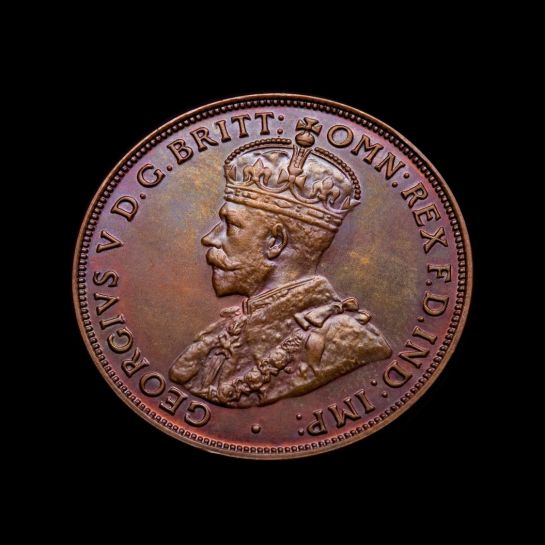 Now available for sale by private treaty.
The Obverse (head side) of the Syd Hagley, Doug Moran Proof 1930 Penny. 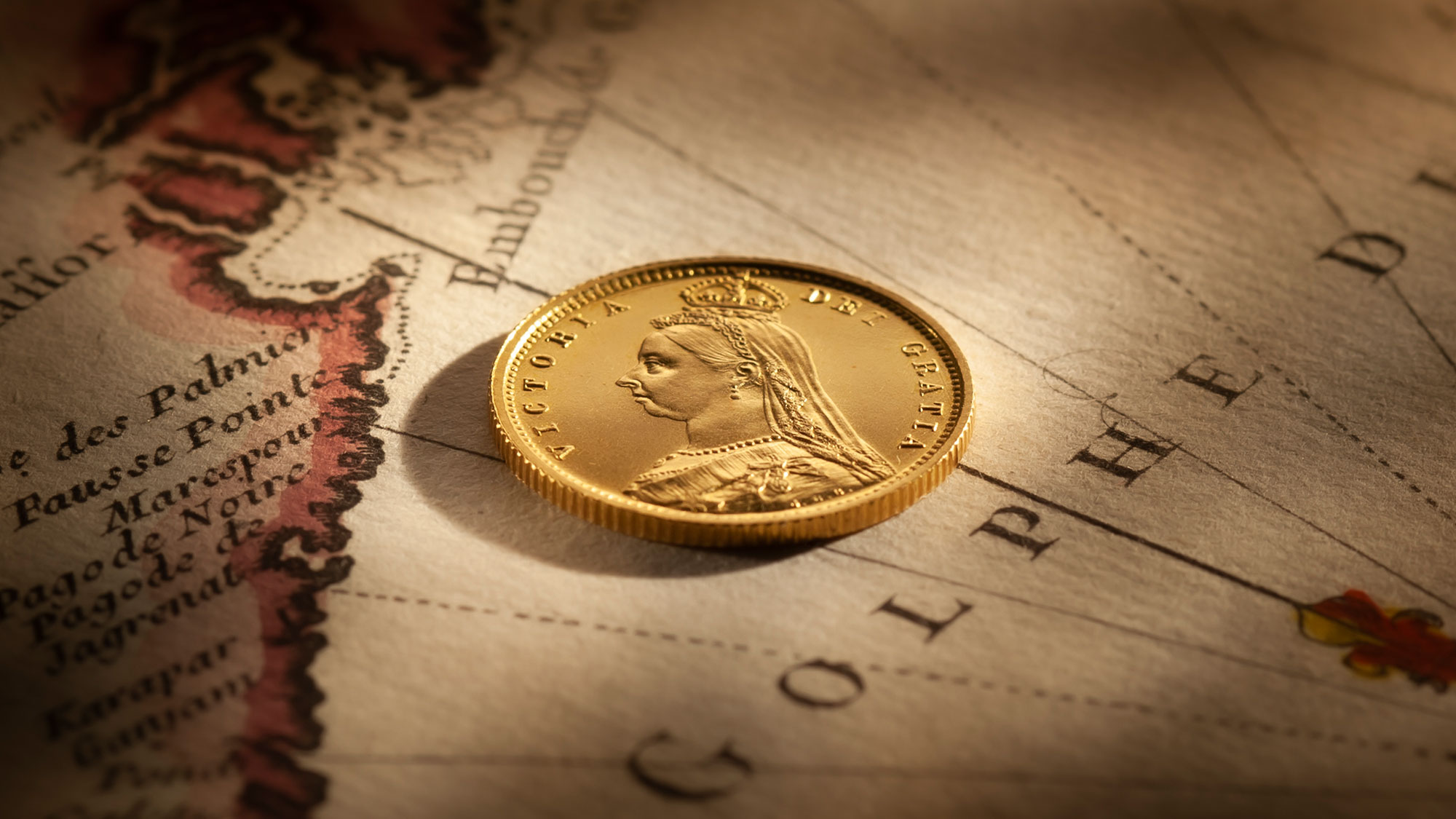 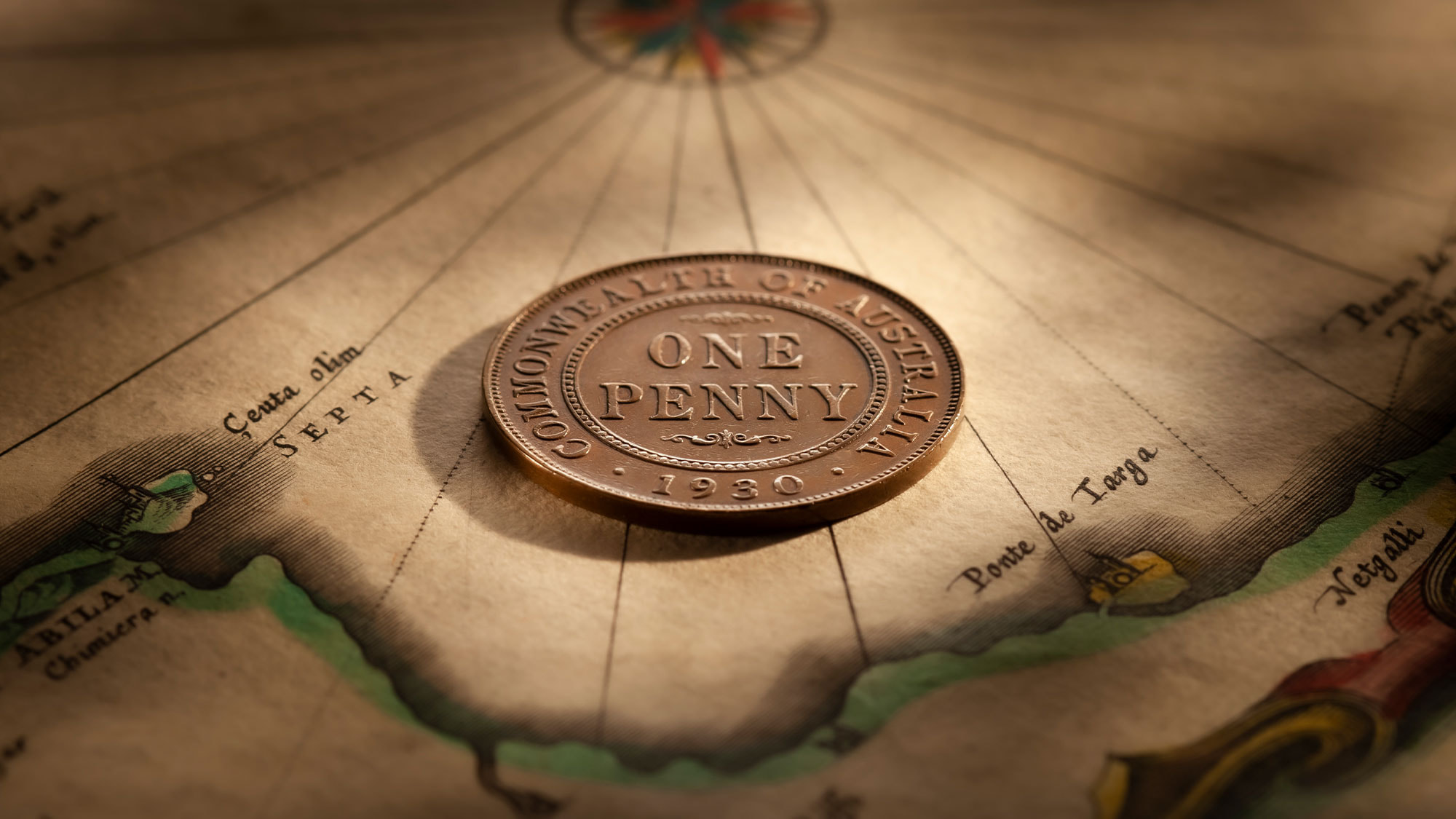 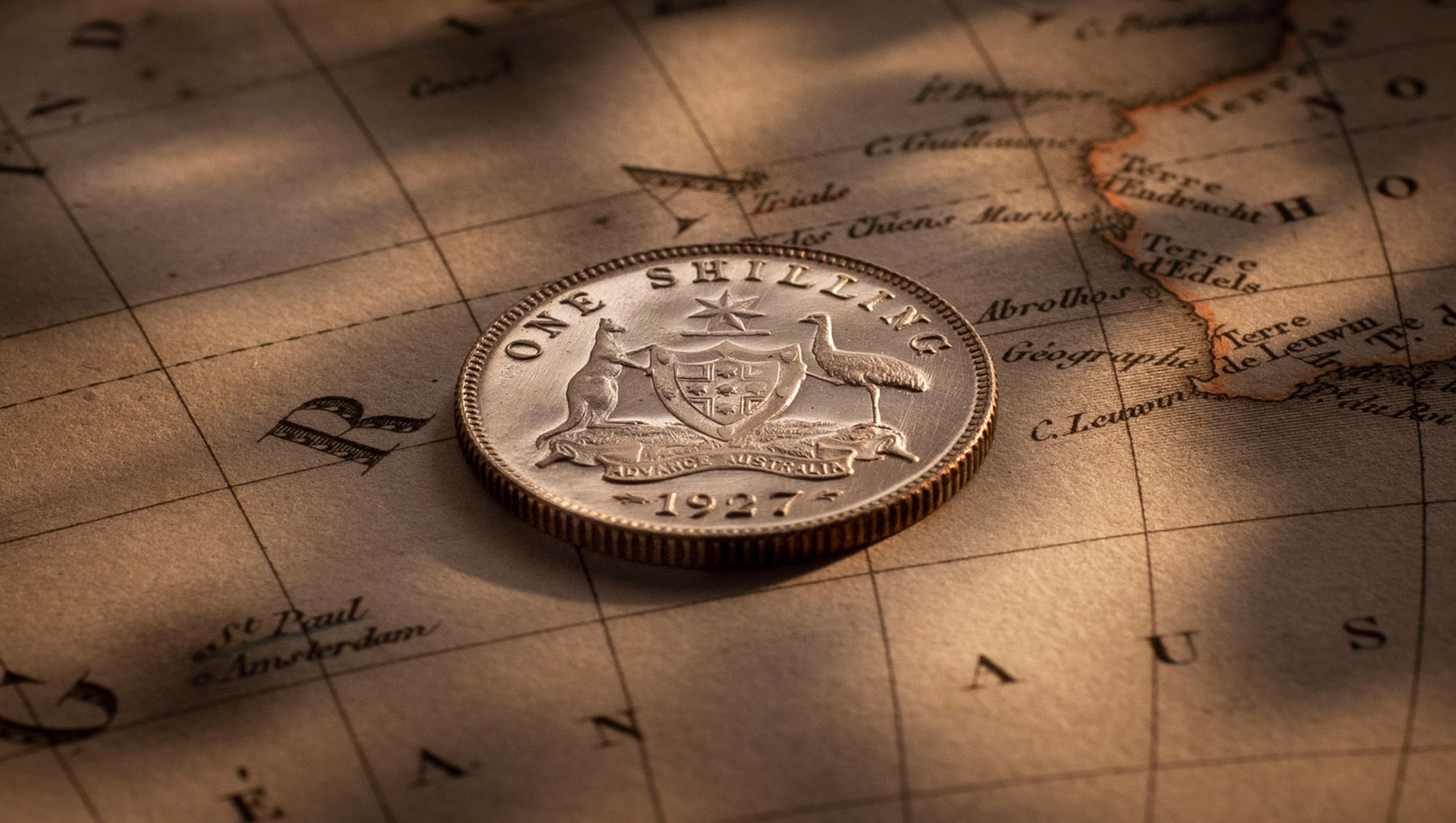 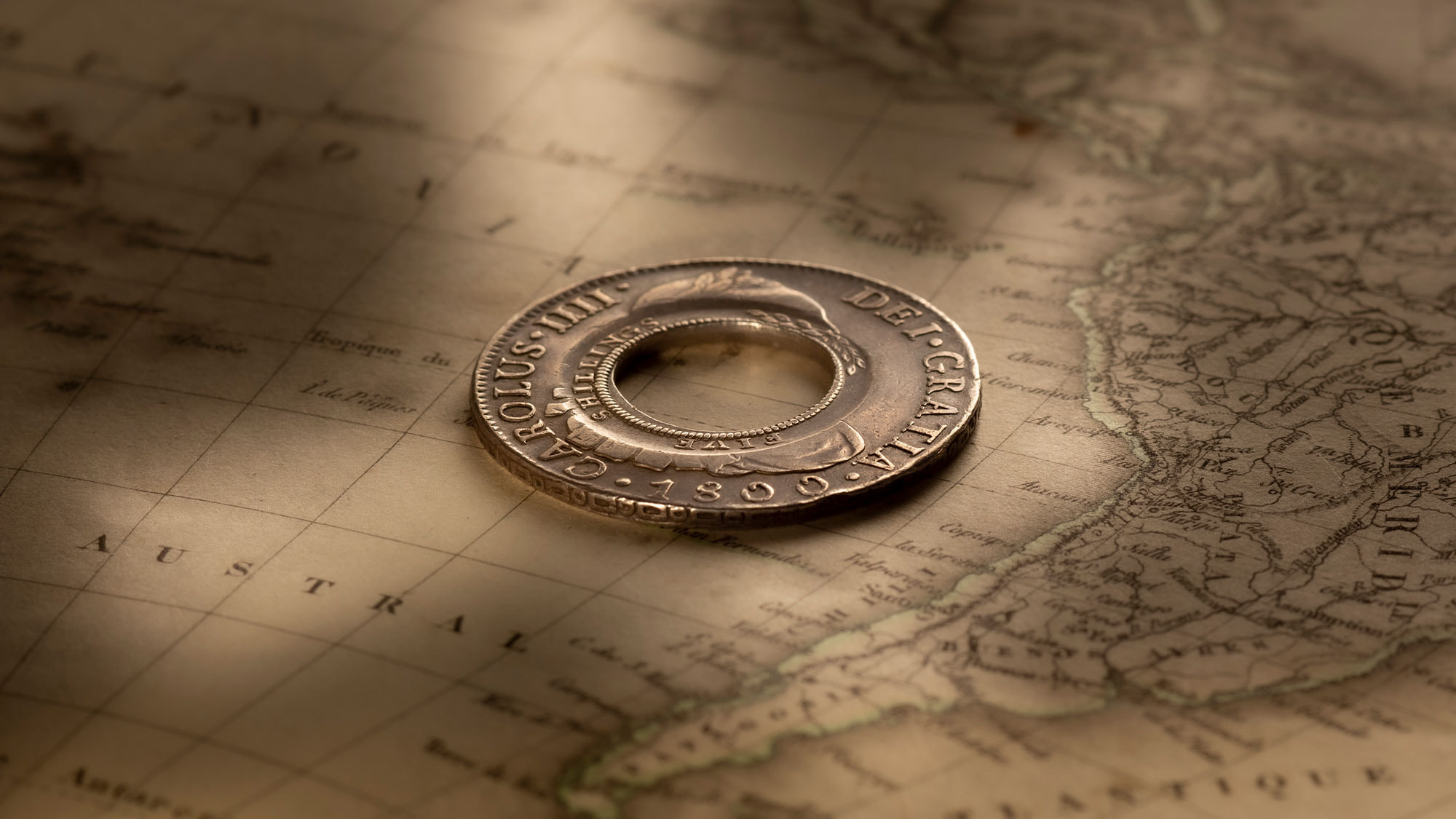 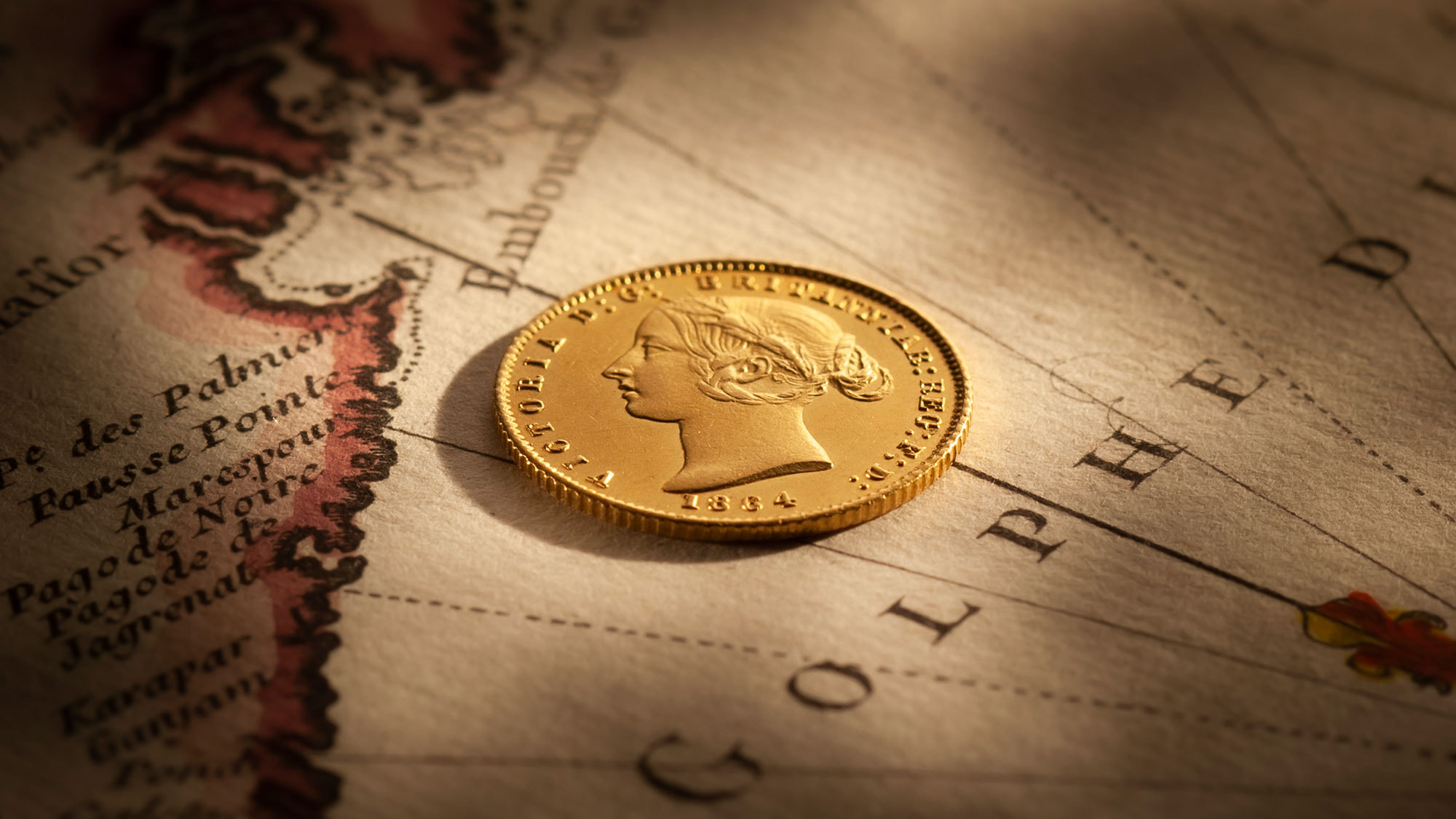 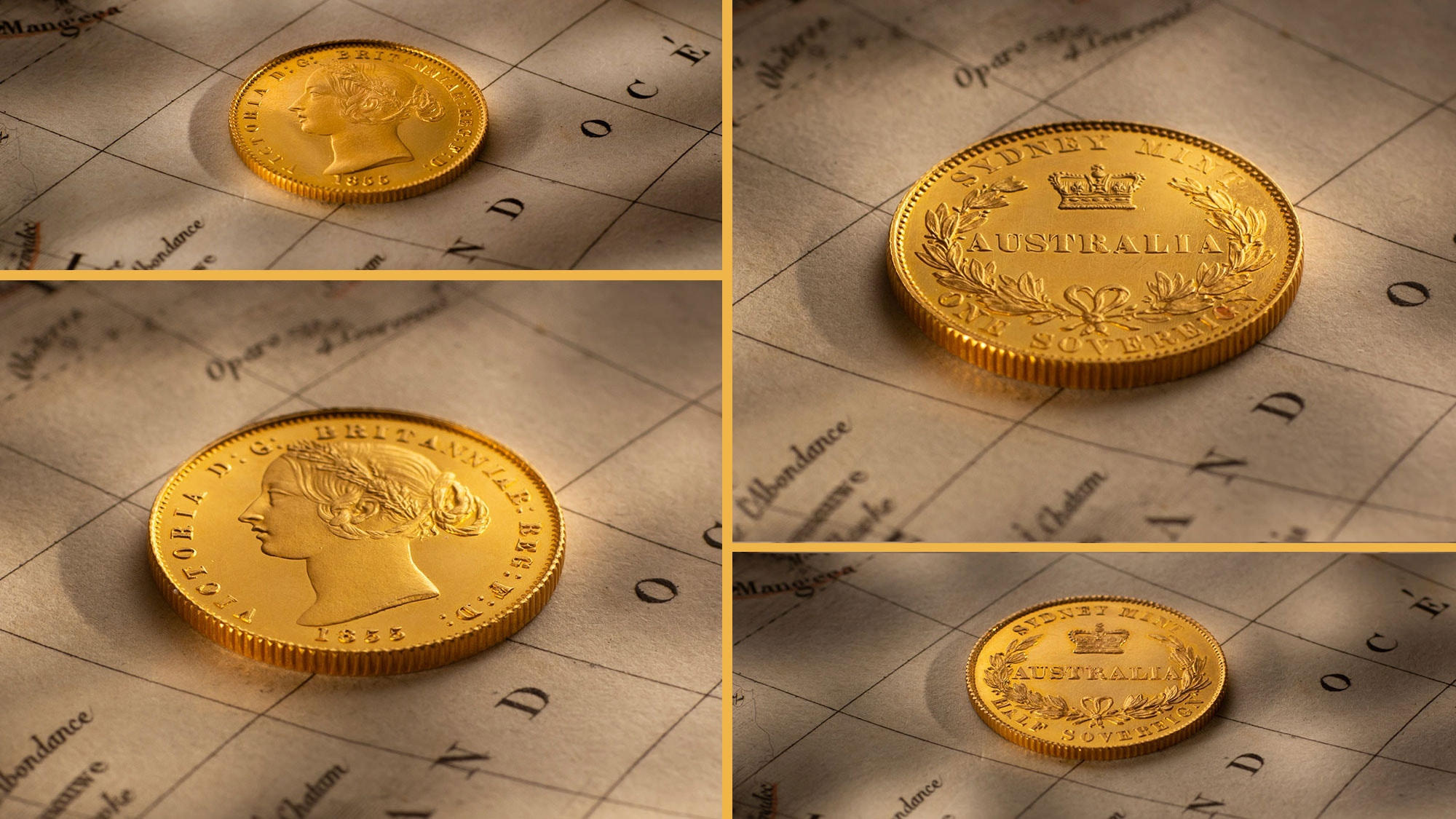 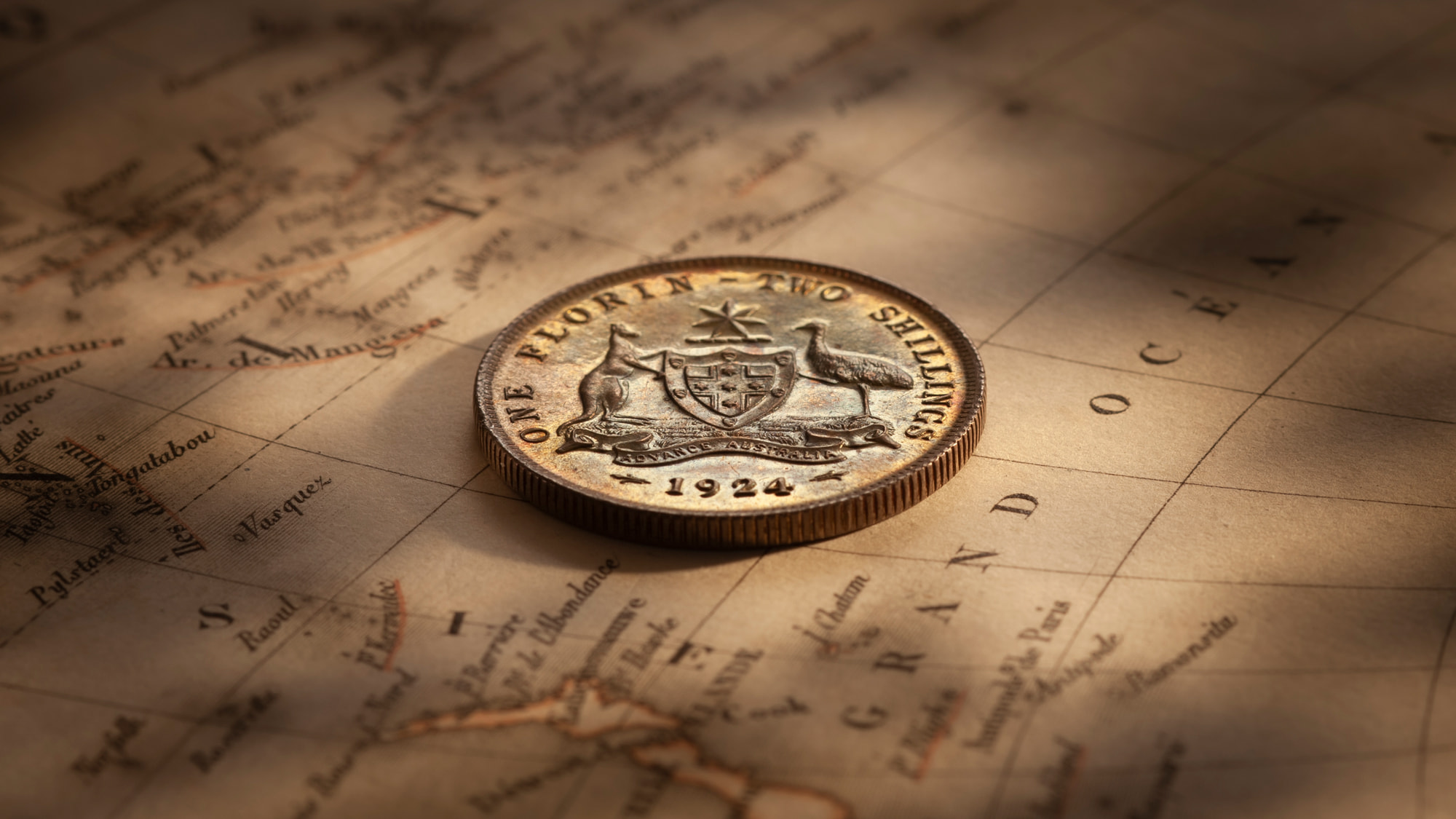 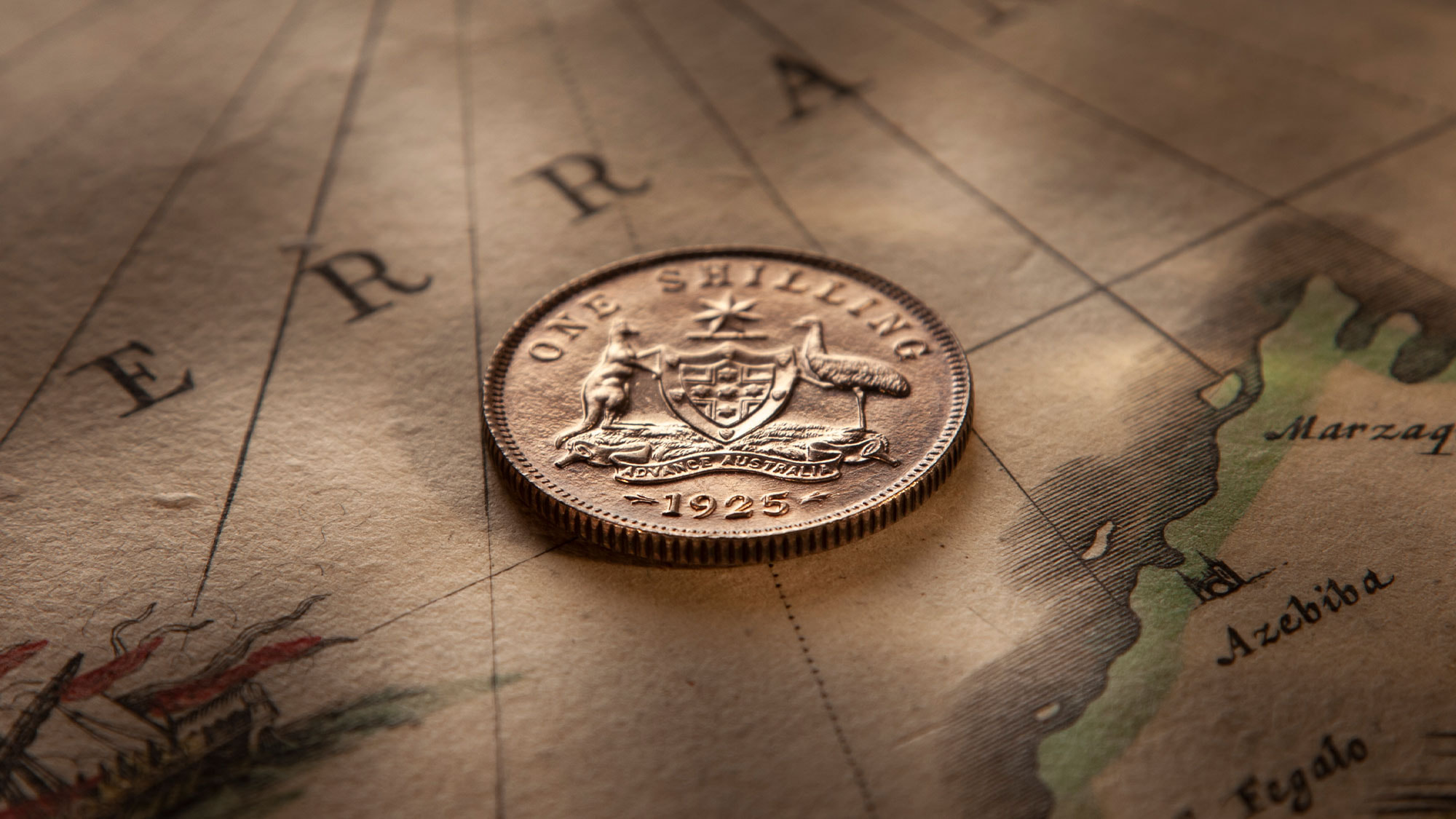