The 'King' of Australian coin rarities is laid bare. Coinworks continues its style of educating collectors with our latest article on the legendary 1930 Penny. We highlight the technical features that define Australia's favourite copper coin. 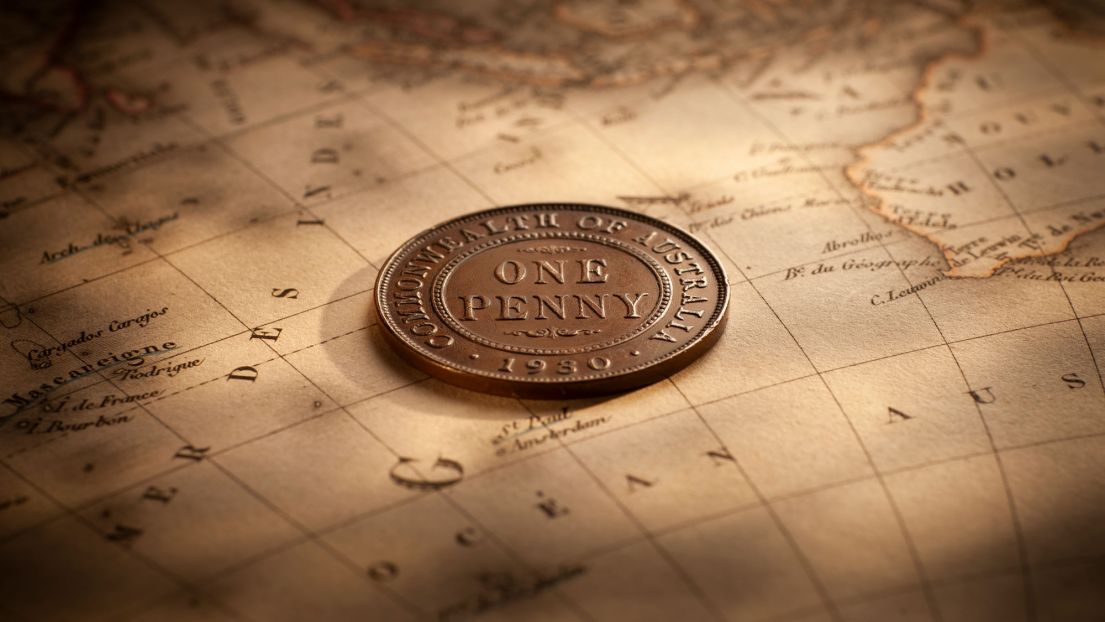 The 1930 Penny is an Australian legend.

The origins of the 1930 Penny is a mystery to this day.

While Melbourne Mint records indicate that six Proof 1930 Pennies were struck, the mint has no record of any pennies being struck for circulation.

While many theories have been put forward as to how the 1930 Penny was inadvertently minted and released into circulation, no one really knows how or why.

What is known is that its striking was an accident that was discovered by collectors in the 1940s.

That the 1930 Penny underwent at least ten years of circulation before it was discovered means that surviving examples show wear. The coins were used. With the majority, very well used.

Coinworks tips for buying a 1930 Penny.

Buy a coin that is visually attractive and has no obvious defects from its time in circulation which is the very reason why we reject coins with gouges or huge knocks to the edges.

We are always on the hunt for 1930 Pennies that have that ‘bit extra’. Coins that while they have circulated, have a high quality Very Fine reverse.

The raised areas of the design, the high points, are the first elements to show wear during circulation and for the 1930 Penny, the high points are the king's crown on the obverse of the coin, the king’s eyebrow and moustache.

The Proof 1930 Penny obverse design shows the full design detail. It is an excellent point of comparison for the coins shown below. 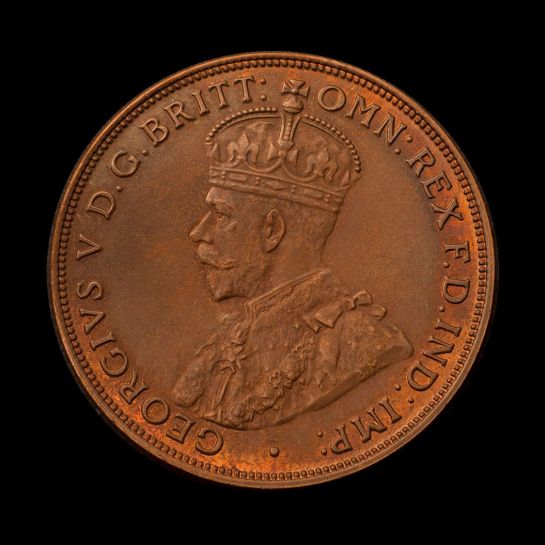 This is a price range that delivers the 'Classic' 1930 Penny. A coin that is technically classified from Fine up to Good Fine on the obverse (the King’s head) with six pearls evident in the King’s Crown.

The 'Classic' 1930 Penny is a well circulated evenly toned piece and following our buying tips, should be overall, aesthetically pleasing. 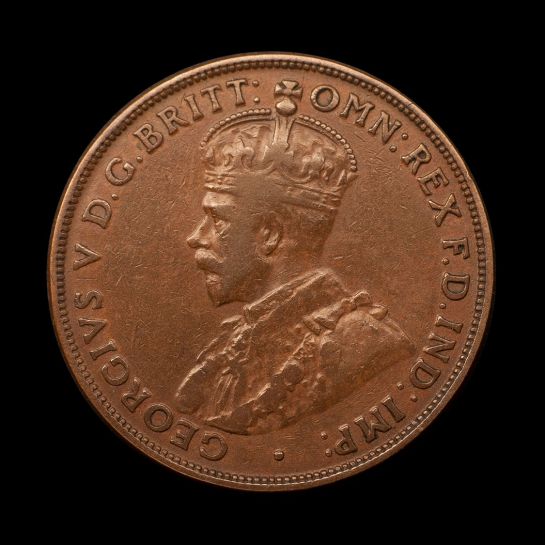 That’s a level that will deliver the ‘Diamond’ 1930 Penny.

A coin that is technically classified from ‘About Very Fine’ to ‘Very Fine’ with the central diamond in the Kings Crown evident. Six pearls will also be present in the Crown.

In summary, the 'Diamond' 1930 Penny was taken out of circulation and became a collectable earlier in its life than the 'Classic'. Evenly toned and again, overall aesthetically pleasing. 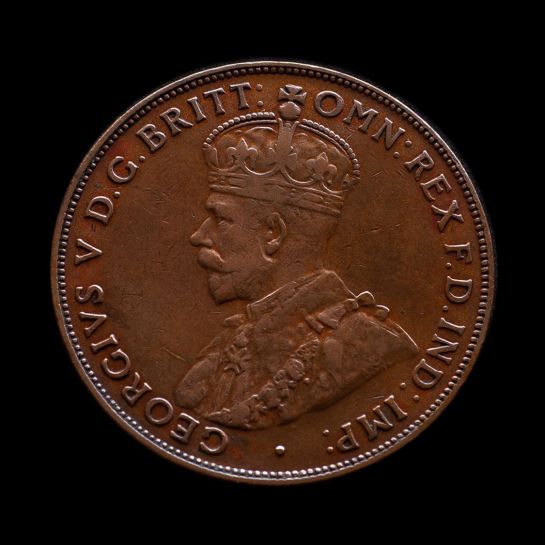 The buyer seeking extreme exclusivity and extreme rarity can look to a financial commitment of $65,000 up to $450,000 if you are contemplating the finest known example at About Uncirculated.

That’s a level that, subject to availability, will deliver the ‘Diamond and Pearl’ 1930 Penny.

A coin that is technically classified from ‘Good Very Fine’ up to ‘About Uncirculated’ with a complete and strong central diamond that almost leaps right out of the coin. Eight pearls are evident in the King’s Crown in varying degrees of strength.

This is an elite coin that became a collectable very early in its life and is of the highest rarity.

Waiting lists are the norm for a 1930 Penny of this calibre. 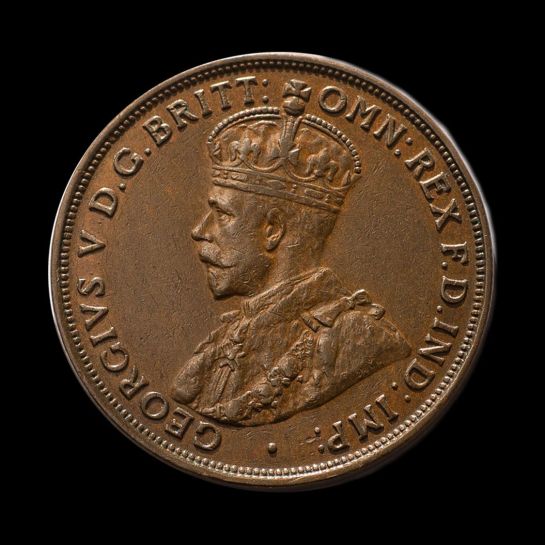 The 1930 Penny is a national icon and its star status has made it one of Australia’s most valuable coins.

Before the arrival of decimal currency in 1966, no Australian could look at a penny without glancing at the date, just in case it was the elusive ‘1930’.

A product of the Depression, it was everyone’s chance to make big money fast.

The accidental minting of the 1930 Penny was not discovered until the 1940s. Dealers responded to the discovery by offering to pay up to 10/- for an example.

However, it wasn’t until the 1960s that the 1930 Penny became a national symbol. Newspapers were instrumental in creating that image, television played a lesser role.

In 1964, the Sydney Sunday Telegraph published a guide to the latest prices on Australian coins. It was the first time that such a list had been published and, while most pennies were fetching a small premium over face value, the 1930 Penny was listed at £50 in Fine condition (today that same coin would be worth more than $20,000).

By decimal changeover, the price had moved to £255 ($510) and the 1930 Penny had captured the imagination of collectors and non-collectors alike.

The craze was fuelled on the one hand by the lure of quick money and on the other by the pressure of the collector market for supplies. Decimal currency changeover posed an imminent and very real danger to coin collectors - the melting down of undiscovered rare pieces.

Collectors keen to complete sets of all coins minted in Australia rushed to acquire the elusive pieces at rapidly escalating prices.

What’s most interesting is that the 1930 Penny stumbled into fame. It was the coin that was never meant to be struck.

Many theories have been put forward as to the accidental minting of the 1930 Penny. One theory postulates that a few circulating strikes may have been minted at the same time as the Proof version, set aside and inadvertently issued years later by mistake.

The more popular explanation is also the more romantic. Mint policy dictated that the dies were prepared in readiness for the striking of a penny in 1930. The Depression and the lack of economic growth meant that, apart from striking a small number of halfpennies and gold sovereigns, the Melbourne Mint became a tourist attraction.

It is thought that a mint guide minted small batches of 1930 pennies for tourists as souvenirs of their visit. The suspected mintage is 1500 to 2000.

The journey to acquire our most famous penny still goes on and for most collectors acquiring a 1930 Penny is an 'ultimate' goal.