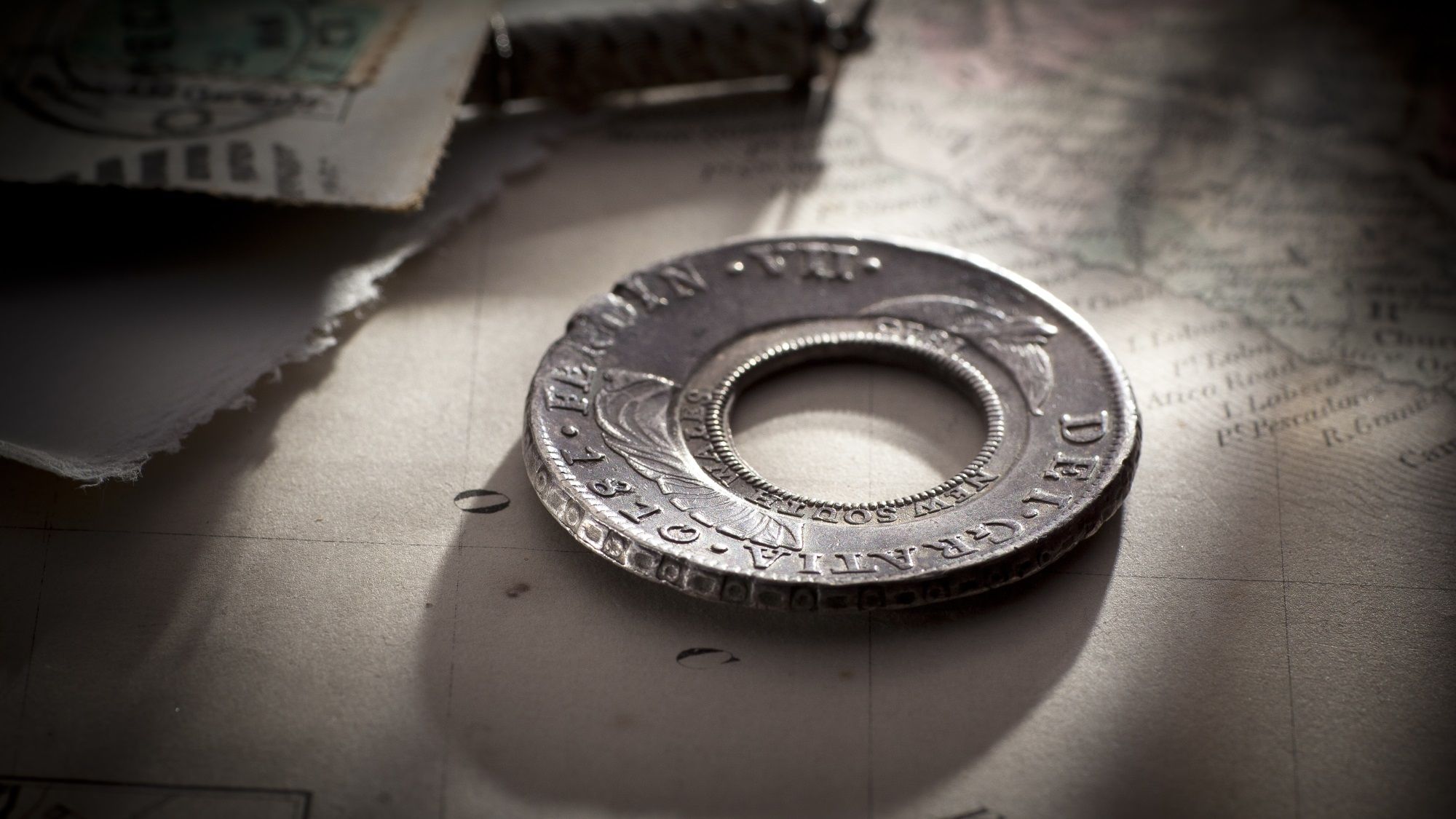 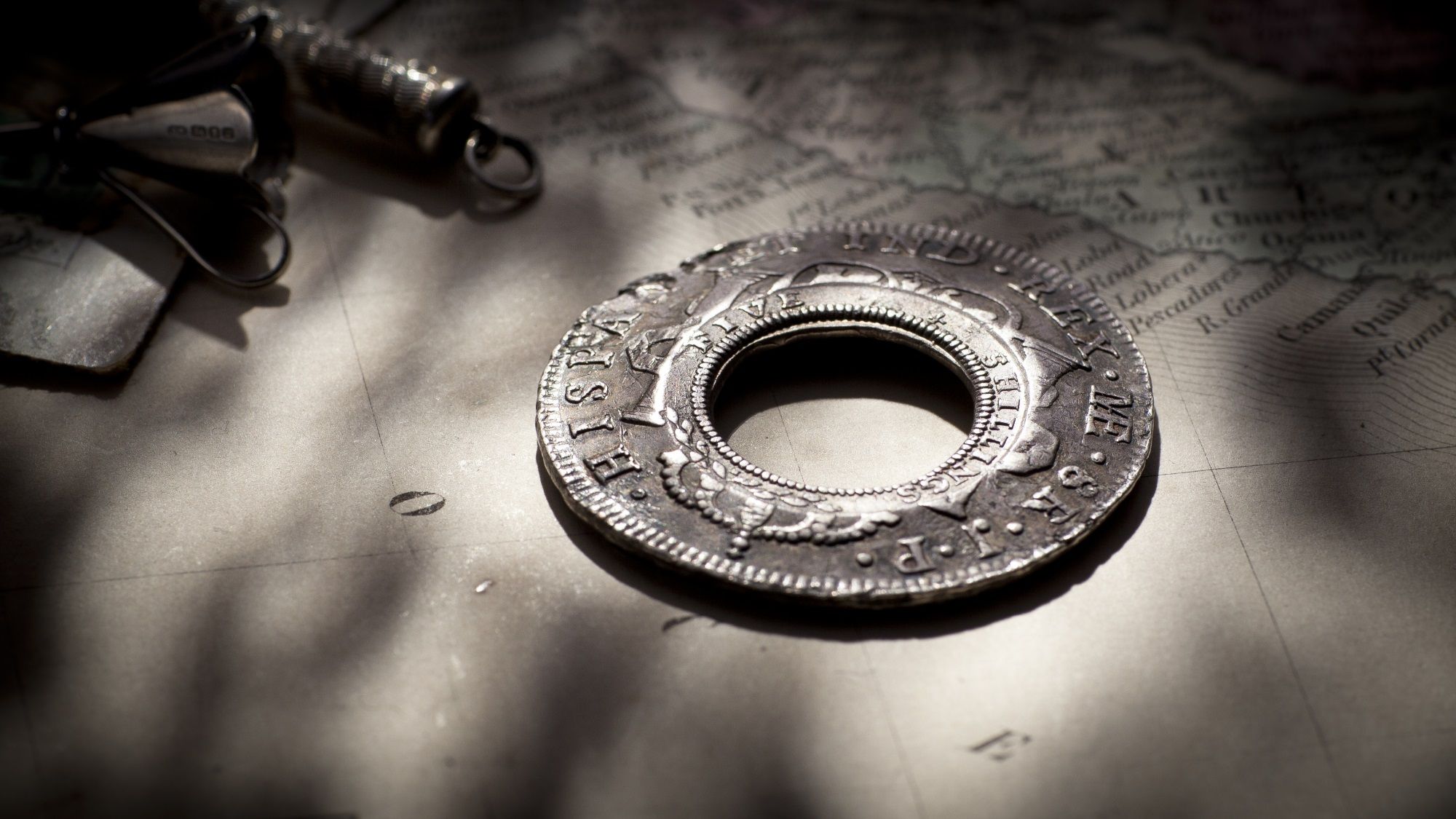 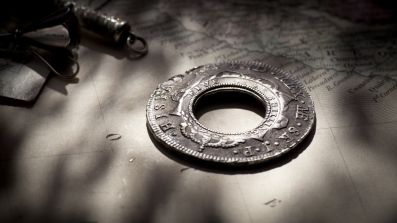 The Holey Dollar is a story that involves Australian history. Where was it discovered? Who owned it?

It also is a story about Spanish history. Where in the Spanish Empire was the original Silver Dollar minted? Who was the Spanish King at the time of its issue? 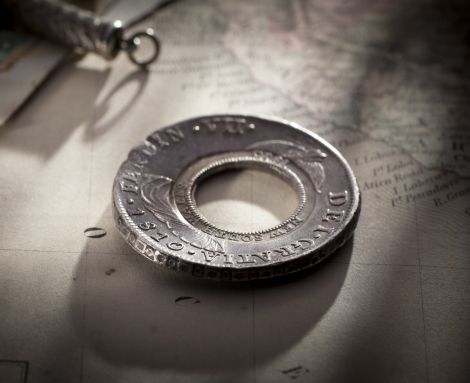 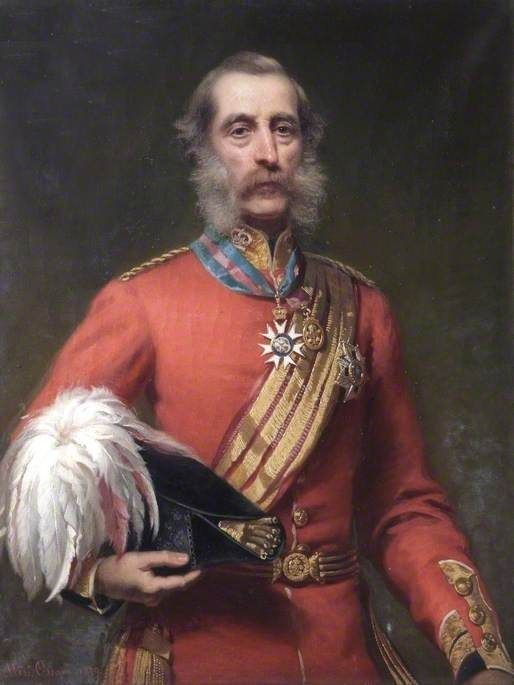 A pencil drawing of the 'Hannibal Head' Holey Dollar submitted to the Royal Numismatic Society of London in 1883 by Sir John Lefroy.

This is the earliest known illustration of Australia's very first coin, the Holey Dollar.

In what can only be regarded as a political protest, the Lima Mint created their own silver dollar with the legend of the imprisoned Ferdinand VII and an ’imaginary portrait’. The portrait was far from flattering and is referred to as the ‘Hannibal Head’ portrait.

Up until 2014, one other example was held in the State Library of New South Wales, bequeathed to the Library by Sir William Dixson. Stolen from the Library in 2014, the coin has never been recovered.

Discovered in Tasmania in 1881, near Hobart, in what was believed to be a bushranger’s hoard, this ‘Hannibal Head’ Holey Dollar was subsequently presented to Sir John Henry Lefroy, Governor of Van Diemen’s Land, 1880 – 1881.

A pencil drawing of this ‘Hannibal Head’ Holey Dollar published in 1883 in the Numismatic Chronicle, London, is the earliest known illustration of Australia’s very first coin.

The Holey Dollar. A coin of influence.

As the nation’s very first coin, the Holey Dollar is one of the most influential coins in the Australian rare coin market. That it was created from a coin of the Spanish Empire means that its influence extends to international markets.

Beginning with Columbus in 1492 and continuing for nearly 350 years, Spain conquered and settled most of South America, the Caribbean, and the south west of America. The Spanish Empire was the first global empire in history.

It was the silver rich continent of South America that became Spain’s treasure trove, bank rolling its ascendancy as a world power. And that saw a worldwide dominance of the Spanish Silver Dollar as an international trading coin.

It was the coin that was holed, and counter stamped by private individuals, banks and government authorities in the nineteenth century the world over, including the penal colony of New South Wales. 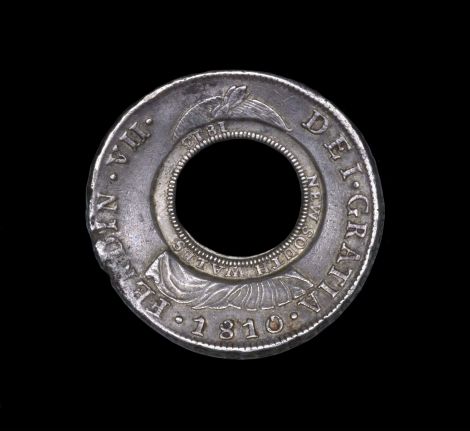 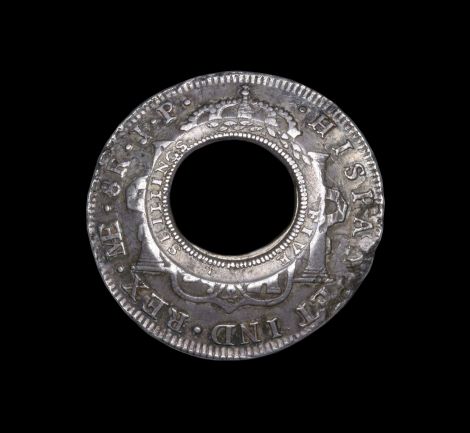 There is a pecking order within the 300 surviving Holey Dollars. And it is not based solely on quality, the very reason why the well circulated Ferdinand VI Holey Dollar (graded about Fine) was valued at the same level as the Madrid Holey Dollar when it was displayed in 2013 by the Macquarie Group.

The obvious hierarchy for most Australian rare coins is quality. Consider the 1930 Penny. The Adelaide Pound. Establishing a pecking order is simple and basic.

The chart below clearly shows the importance of the Ferdinand VI Holey Dollar. And the Hannibal Head Holey Dollar offered here.

Distribution of Holey Dollars based on their legend and portrait. Figures based on Mira Noble records, published in 1988.

**In 1789 and 1790 the Spanish Mint’s amended the legend to Charles IV maintaining the portrait of the deceased king.

In 1791 the legend and portrait were amended to Charles IIII.