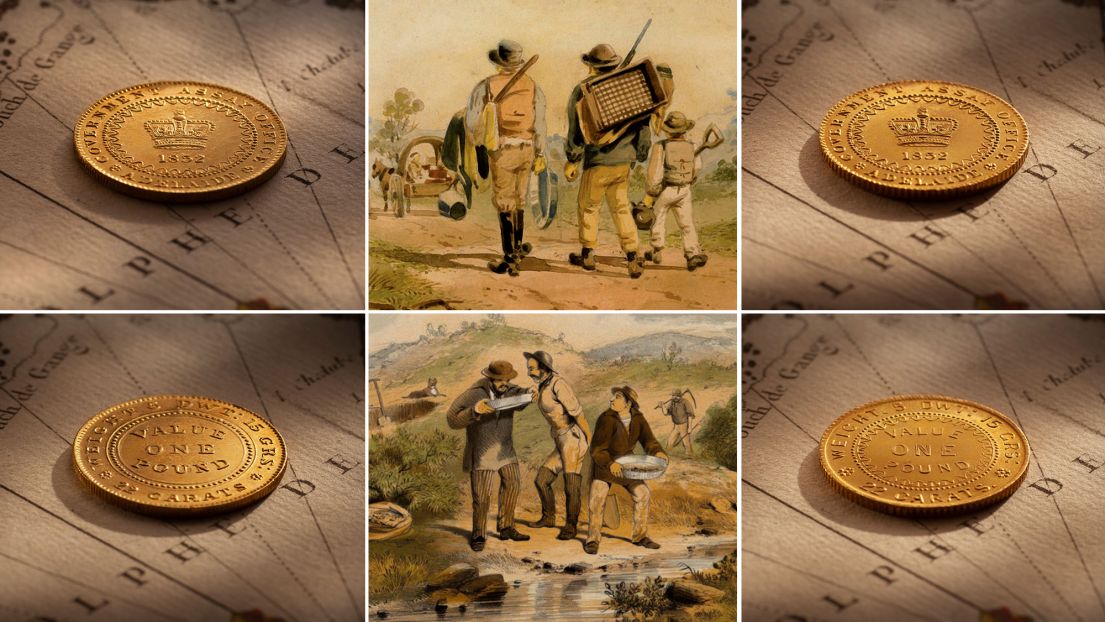 The Adelaide Pound is the nation’s first gold coin. It was struck in Adelaide at the South Australian Government Assay Office using gold that had been brought from the Victorian gold fields.

The coin is a classic piece of Australiana and has timeless appeal.

Collectors contemplating the purchase of an 1852 Adelaide Pound have two options.

The first is the extremely rare and coveted Adelaide Pound Type I. This coin was minted in the very first production run of Adelaide Pounds.

The second option is the scarce Adelaide Pound Type II that was produced in the second production run of coins.

First run of coins. Second run. How do collectors differentiate between those coins that were produced in the first production run and those minted in the second run? The answer is quite simple.

Two different reverse dies were prepared for the striking of the Adelaide Pound.

Coins from the first production run have a simple, elegant beaded inner circle surrounding the value of one pound on the reverse.

Coins from the second production run have a different design that mirrors the design on the crown side, more intricate and featuring a scalloped inner border abutting a beaded inner circle.

The obverse design, depicting the crown and the legend Government Assay Office Adelaide, was never changed and was used continuously throughout production.

But there is another obvious difference between the two types of Adelaide Pounds. The Type I clearly evidences the disaster that occurred in the very first production run of the Adelaide Pound. That the reverse die had cracked, in the DWT section of the legend, the reason why it is also known as the Cracked Die Adelaide Pound.

There is a drastic difference in the availability of the two types of Adelaide Pounds.

There are perhaps 40 of the Type I Adelaide Pounds available to collectors. Translating that figure to availability, we would expect a Type I to come up for sale once every few years.

There are perhaps 250 of the Type II available to collectors and we would expect several examples, across a broad range of qualities, to come up for sale annually.

The difference in availability quite obviously creates an enormous price disparity.

Historians have established that disaster did indeed strike during the early stages of the minting of the Adelaide Pound. The reverse die cracked due to the pressure applied to the edges.

There was an upside to this disaster for the coins out of the first run have almost perfect edges, beautiful strong denticles, akin to a picture frame. As with any decision, there is often a downside for the pressure applied to the edges created shortcomings in the execution of the crown, the central part of the design.

The crown in most Type I Adelaide Pounds is slightly flattened and although some might suggest that this is due to wear, this is simply not the case. There was insufficient pressure on the central part of the dies to create the perfect crown. 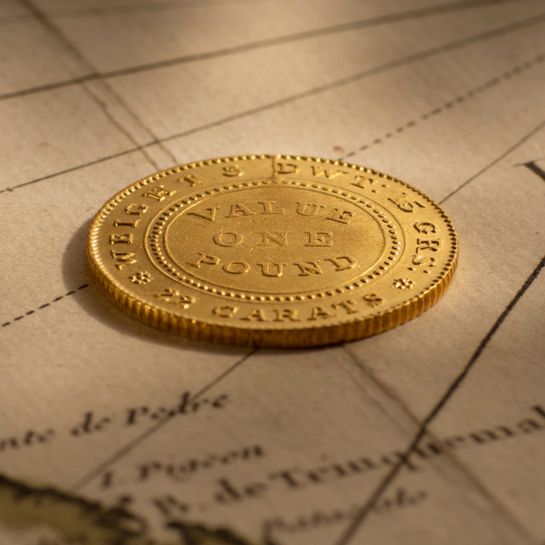 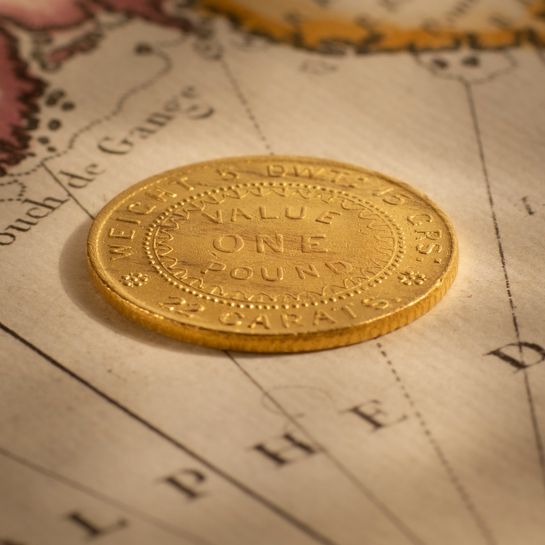 Relaxing the pressure in the production of the second run of Adelaide Pounds lengthened the die usage but created its own shortcomings. For once the pressure was reduced, the perfection that was achieved in the edges of the Cracked Die was simply not achievable.

Most Type II Adelaide Pounds will have some weakness in their edges in the Government Assay Office area. But nearly always, the crown design is perfectly executed with flattened areas simply due to wear.

The challenge for collectors is to find an Adelaide Pound Type II that shows maximum strength in the edges. And they do exist!

If you follow our rule of thumb, we don’t think you will go far wrong in selecting a nice Adelaide Pound Type II.

Start with the edges and work your way in. Confirm the strength of the edge denticles and the legend Government Assay Office. And then move inwards to the crown. Lastly examine the fields.

History of the 1852 Adelaide Pound

The discovery of gold in the 1850s is one of the most extraordinary chapters in Australian history, transforming the economy. And transforming our society for it marked the beginnings of a modern multi-cultural Australia instigated by mass migration, particularly from China.

Several coins were spawned by the Gold Rush, including our first gold coin, the 1852 Adelaide Pound.

It was struck in Adelaide at the South Australian Government Assay Office without the sanction of the British Government or the approval of Queen Victoria.

To validate their actions in circumventing Royal protocols, the South Australian Legislators found a loophole in the Government’s regulations and passed the Bullion Act, that allowed them to create their own mint and strike gold ingots. And eventually strike gold coins.

The Bill was read and promptly passed three readings and was then forwarded to the Lieutenant Governor and immediately received his assent. It was one of the quickest pieces of legislation on record, with the whole proceedings taking less than two hours.

The Assay Office was effectively Australia's first mint, be it unofficial.

Its sole purpose was to assay gold nuggets brought from the Victorian goldfields and to re-shape them into ingots. No minting expertise was required in the casting of the ingots.

Nine months later, following agitation from Adelaide’s business community, legislation was passed that authorised the Government Assay Office to strike gold coins. Within a week of opening, 600 gold Adelaide Pounds had been delivered to the South Australian Banking Company, 100 of which were sent to London.

Suddenly precision was required. The design was intricate, created by colonial die sinker and engraver, Joshua Payne. So, it was always going to be a tough ask for a factory to start churning out currency to a defined weight and design.

The Bullion Act had a lifetime of only twelve months.

By the time the legislative amendments were passed to enact the production of gold coins, the Act had less than three months to run. As a consequence, only a small number of Adelaide Pounds were struck and very few actually circulated.

The 1852 Adelaide Pound was as unofficial as you could get but it saved the colony of South Australia from bankruptcy.

A simple case where the end justified the means.