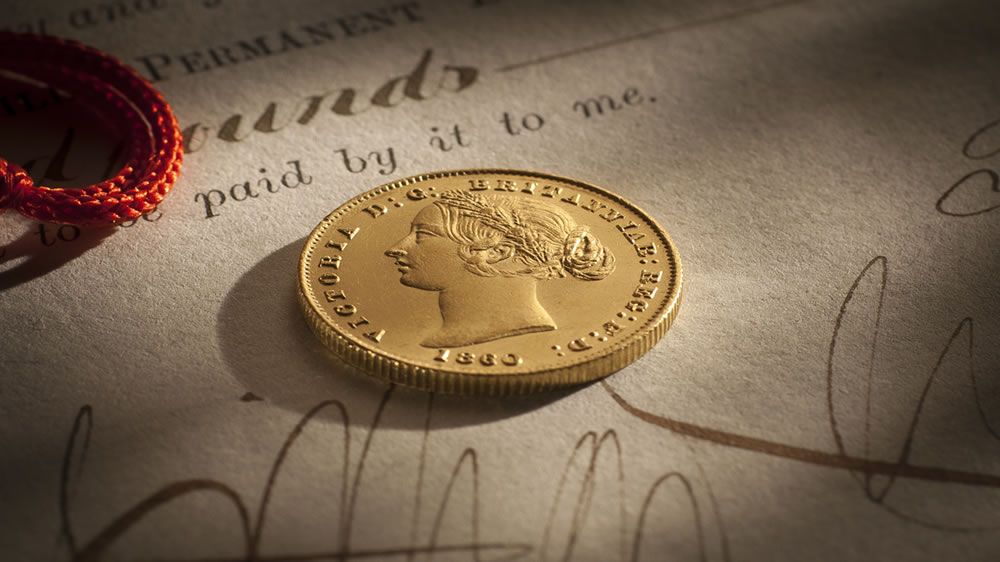 1860 Sydney Mint Sovereign
COIN
1860 Sydney Mint Sovereign
QUALITY
Choice Uncirculated
PROVENANCE
Private Collection Melbourne
PRICE
$ 29,500
COMMENTS
From the day this 1860 Sydney Mint Sovereign was struck, it was destined to become a prized collector piece for the striking is outstanding: the design highly detailed. Given that this coin was struck in factory-like conditions at the nation’s first mint, the Sydney Mint, it makes the coin all the more remarkable. Furthermore it has been brilliantly preserved, painstakingly wrapped up into a minute parcel in tissue paper, hidden away for decades. The surfaces are superb. The denticles crisp, the coin still shows its original lustre.
STATUS
Sold December 2016
Enquire Now

The value of any coin is a combination of two elements: the finesse of the striking and just how well it has been preserved in the intervening years. This 1860 Sydney Mint Sovereign scores highly on both counts.

The 1860 Sydney Mint Sovereign is one of the prized rarities in the Sydney Mint Sovereign series. The series ran from 1855 until 1870 with the first obverse design appearing between 1855 and 1856 and the second between 1857 and 1870. Two dates are regarded as the absolute key dates of the second obverse design series: 1858 and this coin, the 1860.

It is an elusive coin in any quality. But the coin on offer here is just not ‘any quality’. This coin is ascribed the higher grading level of Choice Uncirculated.

You can count on the fingers of one hand the number of high quality 1860 Sydney Mint Sovereigns that we have sold, a reflection of our quality standards coupled with the coin’s extremely limited availability. It is on record that we sold a Choice Uncirculated 1860 Sydney Mint Sovereign earlier this year and a similar calibre piece in March 2014. Prior to that, the only quality example that we have come in contact with was at the sale of the famous Quartermaster Gold Coin Collection in June 2009.

The buyer that acquires this sovereign will be taking up a classic Australian coin rarity.

Australia’s gold coinage history began in 1855 with the introduction of the Sydney Mint design. It was a style that rejected the protocols of London and which imparted a uniquely Australian flavour into the nation’s first official gold coinage. For the first - and only time - the word AUSTRALIA appeared on our sovereigns.