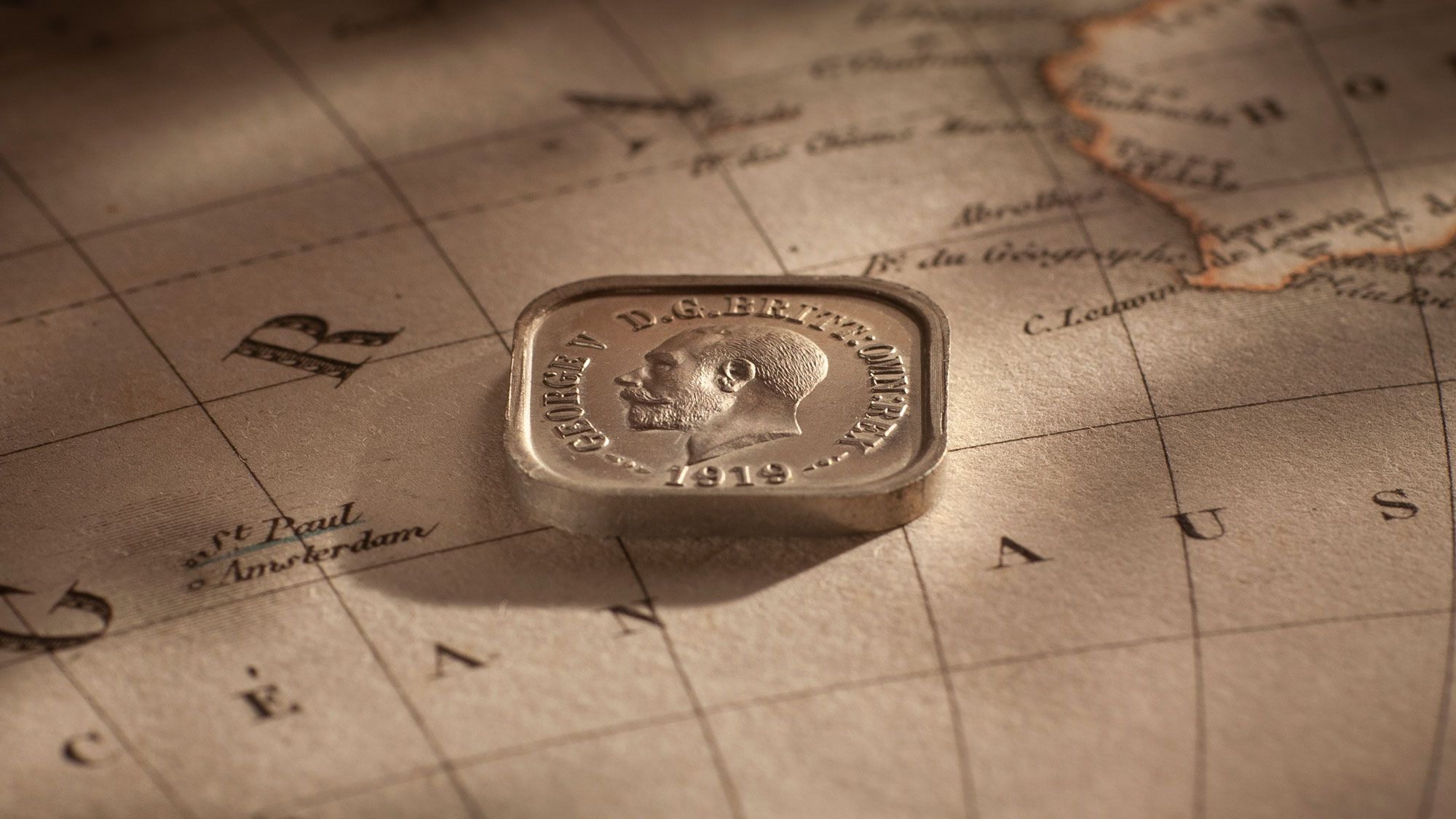 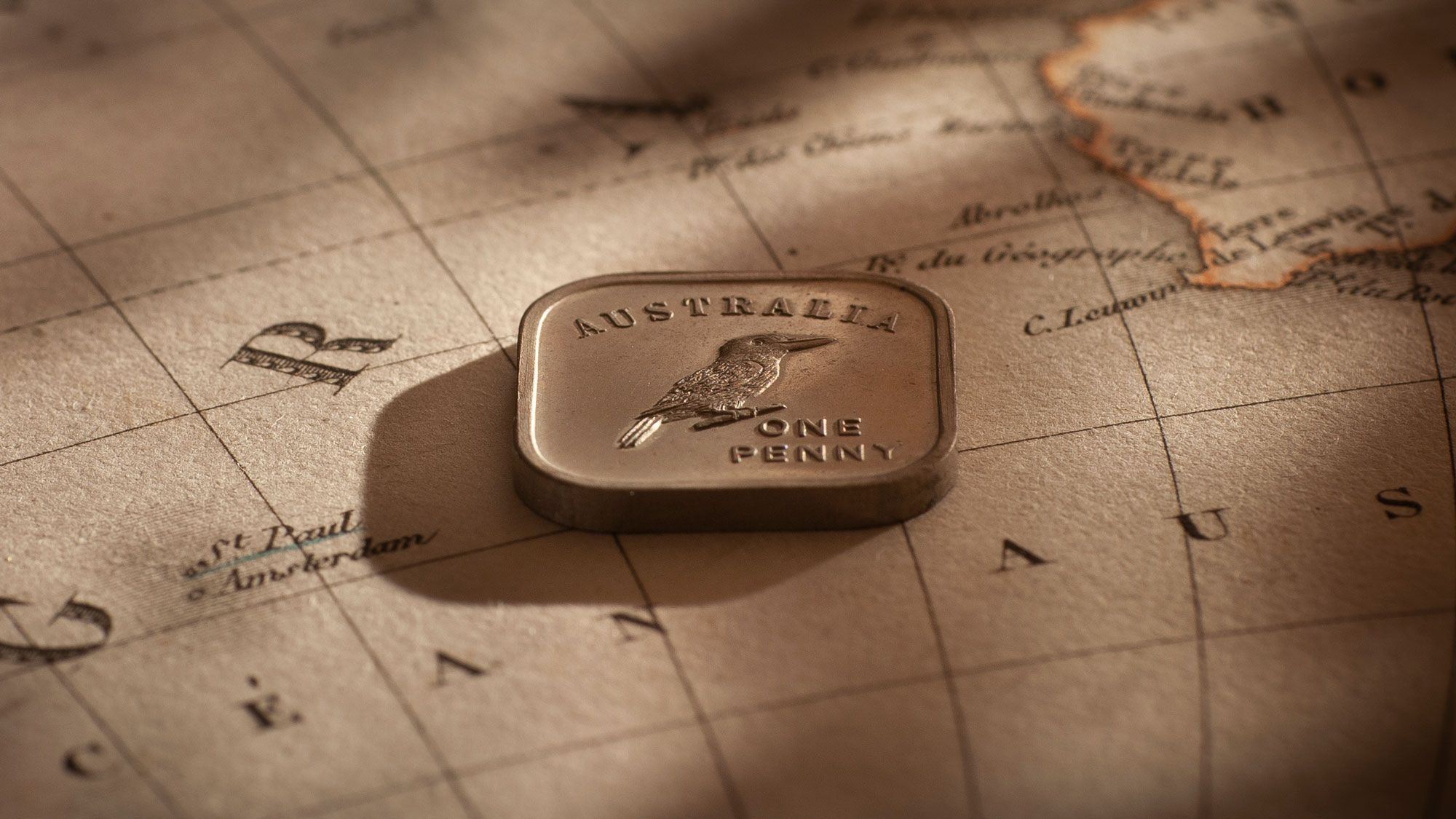 1919 Square Penny, Type 3.
COIN
1919 Square Penny, Type 3.
QUALITY
Choice Uncirculated. Proof-like and in our view the finest available.
PROVENANCE
Private Collection Queensland.
PRICE
$80,000
COMMENTS
So often we hear the term 'rare' used to describe a coin. The reality is the word 'rare' is rather loose unless it is quantified. What sets Coinworks apart from all other dealers is that we have the knowledge and the experience as Australia's only rare coin specialist to quantify the term 'rare'. And this coin is RARE. We are major buyers, and sellers, of the Kookaburra coins and yet over the last half century, we have sold only six 1919 Type 3 Square Pennies, and this coin is one of the six.
STATUS
Available now 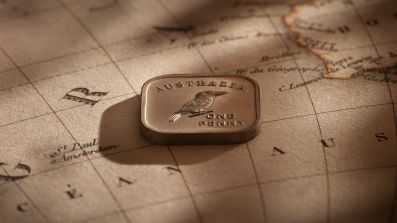 Aside from the extreme rarity of this Square Penny, we particularly like the Type 3 because it has a unique kookaburra design.

No other Square Penny bears the kookaburra design of the Type 3.

Rare, unique design and absolutely superb for quality. Take this coin under the light and you would be forgiven for thinking that it was struck to proof quality.

And there is a fourth consideration with the Square Penny coins. They are popular.

The Kookaburra Square Penny captures a great moment in time in Australia's history and is viewed as a ‘classic' Australian coin rarity.

Classic Australian coin rarity. That's a title that is used sparingly, but glowingly, and is reserved for pieces such as our first silver coins, the Holey Dollar and Dump. Our first gold coins, the Adelaide Pounds.

And our first cupro-nickel square coins, the Kookaburras.
Even the Royal Australian Mint, Canberra, has recognised the historical importance of Australia's Kookaburra coinage.

And which type did the mint re-create to represent the coins struck in 1919. Yes, you guessed it, the 1919 Type 3 Square Penny.

It is noted that during the mint's promotion of the product, we took several enquiries from decimal coin collectors keen to acquire an original Square Penny.

A kookaburra design and the depiction of the monarch without a crown were two of the elements of the new coinage that while highly contentious and provocative, the Government believed would be accepted.

A new metal was also proposed. The square kookaburra coins were tested in cupro-nickel.

Trials commenced at the Melbourne Mint in 1919 and continued until 1921 with the test pieces ultimately passed to dignitaries and Government officials to assess their reaction. It is believed that over the three year period 200 pieces, of various designs, were produced.

The kookaburra coins never went into production and Australia lost a great opportunity to go its own way.
But with only the 200 prototypes to show as evidence of the Government’s grand scheme, Australian coinage gained another wonderful collector piece. And a prized coin rarity.

(It is noted that Australia did eventually go its own way and although we didn't introduce a quirky square coin into circulation, cupro-nickel was introduced in 1966 as part of our our decimal currency changeover.)