Solid sales continued throughout April. And we have exciting news about what’s in store in May ... a Holey Dollar priced below $100,000. And two W. J. Taylor Patterns. 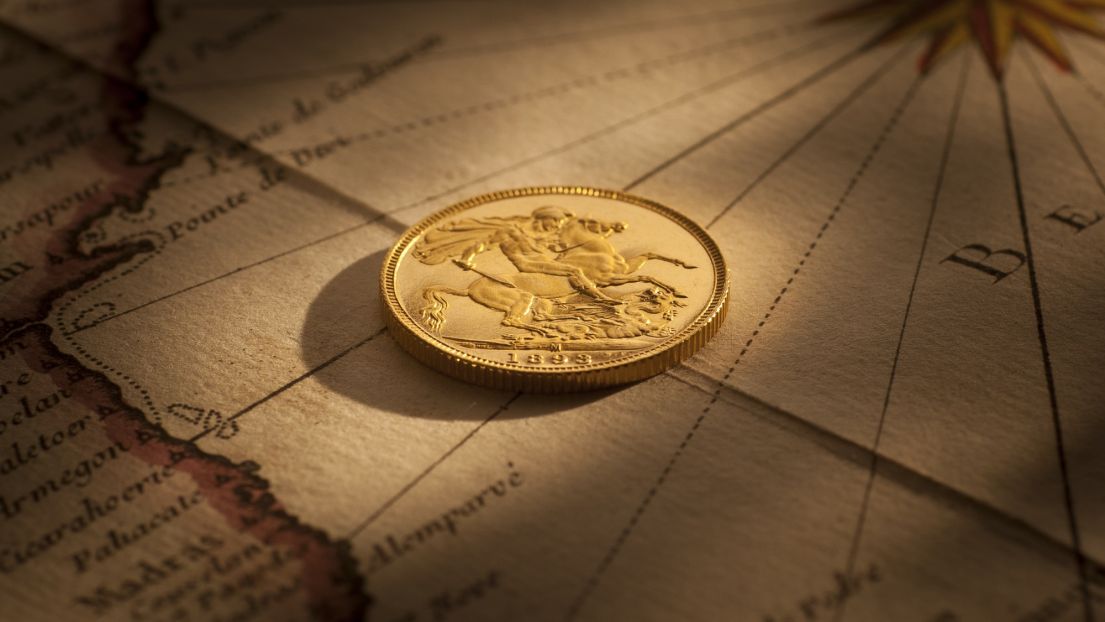 Interest in Australia’s gold proof sovereigns and proof half sovereigns continues to rise.

Every dealer has a coin or banknote that is close to their heart. In the case of industry figurehead, Barrie Winsor, the coin was the 1893 Melbourne Mint Proof Half Sovereign. (Coincidentally, Winsor also handled the 1883 Proof Sovereign and Half Sovereign Pair. In the mid-1980s to a Sydney collector.)

The 1893M Proof Half Sovereign is unique and is a proof striking of Australia’s rarest circulating gold coin. The coin comes with a provenance that is nigh on impossible to top. Murdoch. Taff. Strauss. Hadley. These are the greatest names in numismatics.

First publicly sighted in 1903 when it was sold as part of the John G. Murdoch Collection by Sotheby’s London: his collection a veritable who’s who of the very best in Australian gold proof coinage. Ownership then passed to leading British numismatist, Herbert. W. Taff, whose collection sold at Glendining’s London in 1956. (Taff also owned the famous Adelaide Ingot, auctioned in the same sale in 1956.) The 1893M Proof Half Sovereign then moved to the Strauss Collection U.K.

In 1999 Barrie Winsor acquired the Australian portion of the Strauss family collection and the coin was brought back to Australia and later sold to Tom Hadley of Quartermaster Collection fame.

The commercial nature of today’s decimal coin market has somewhat diluted the original purpose of proof coining which was to create a currency masterpiece, in a totally non-commercial environment. A numismatic showpiece that would represent an era in our history and so tell a story that was an indelible part of our nation’s past.

Or indeed this coin. Such an important piece of Australian numismatic history.

The above photo shows that the 1893 Proof Half Sovereign lives up to the ‘numismatic masterpiece’ ideals of proof coining. An uncompromised superb quality proof coin with golden mirror fields, struck in a non-commercial environment. It is unique.

1930 Pennies continued to be sought after in April. 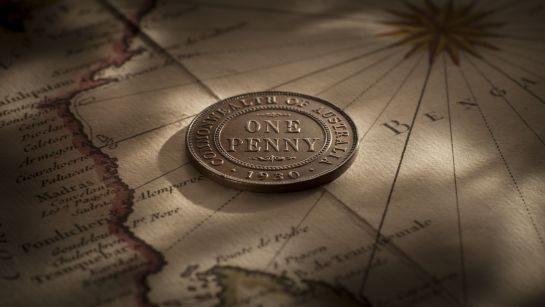 Three 1930 Pennies were sold, two of which came out of our April sales promotion. The third coin was graded Good Extremely Fine and sold for $150,000. A superb 1930 Penny it is rated as number three in the pecking order.

The significance of the 100 year anniversary of the striking of the Perth Mint’s final Half Sovereign was not lost on clients either with a Choice Uncirculated example of the 1918 Perth rarity snapped up within minutes of the coin being offered in our weekly eNews. 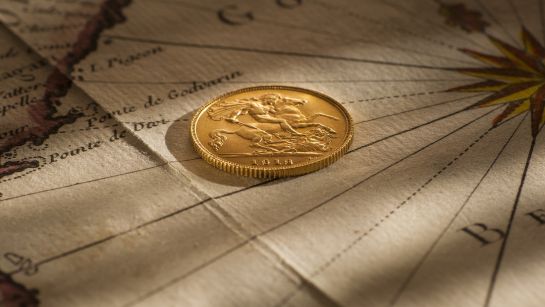 What’s in store in May.

The chance reading some 20 years ago of a Readers Digest book narrating the history of Australian currency took a Coinworks client on a numismatic adventure that saw him acquire examples of Australia’s first silver coins, the Holey Dollar and Dump.

And the nation’s first gold coin, the 1852 Adelaide Pound and first gold sovereign struck in 1855 at the Sydney Mint. His passion for history also saw him explore the Taylor Pattern series. And the Square Penny series.

The collection is now being liquidated as part of a retirement strategy and will be offered throughout the month of May.

It is extremely difficult to find a Holey Dollar below the $100,000 mark. Particularly one that shows all its design details and has clear counter stamps.

The original coin is graded Good Fine, the counter stamps are clear and graded similarly. The coin will be offered at $95,000.

Our client’s collection held two Taylor Patterns and for us this was a point of major excitement. The coins are very rarely offered.

Perhaps the most interesting point to come out of our trip to pick up the collection was the client’s refusal to part with his 1930 Penny.

Despite the fact that his 1930 Penny was acquired in March 1998 for $9000 and would have provided him with a substantial profit, his sentimental attachment to Australia’s favourite copper rarity was far in excess of his need to liquidate every piece in his collection.

This is a pattern that we see time and time again. The attachment of a client to their 1930 Penny is just so strong. It's a case where sentiment outweighs finances.