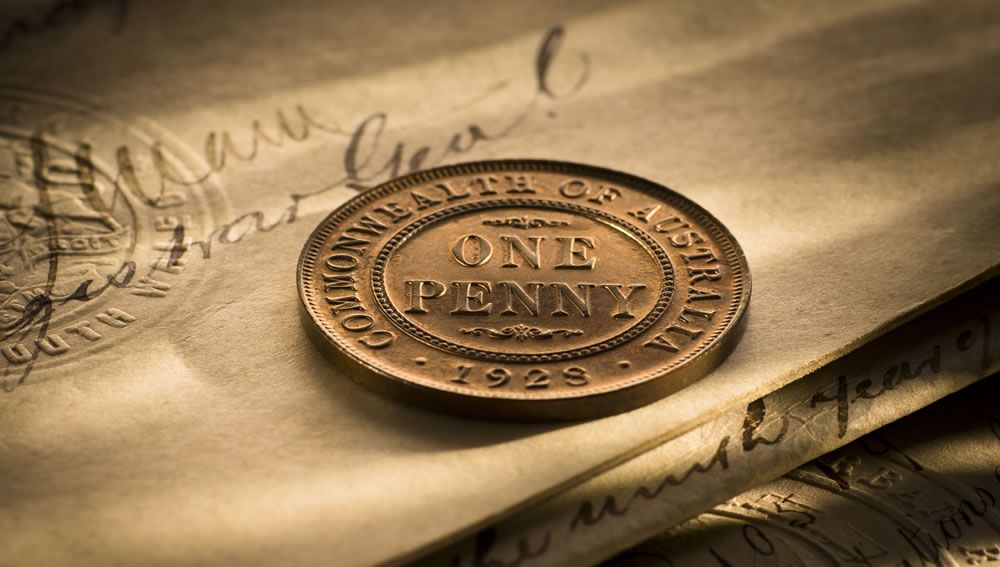 1928 Proof Penny
COIN
1928 Proof Penny
QUALITY
Brilliant FDC
PROVENANCE
Syd Hagley, Wayne Palmer, Private Collection Melbourne
PRICE
$ 35,000
COMMENTS
It is the addition of the word ‘Proof’ in its title (1928 Proof Penny), that gives the coin an extreme rarity edge. This Proof Penny was especially struck in 1928 at the Melbourne Mint as a limited mintage collector piece and is one of perhaps six privately owned. The quality of this particular coin is a further refinement on its rarity for we rate this coin as the finest of the six known examples … by far. The coin retains its original copper brilliance on both the obverse and reverse and is an exceptional piece. Furthermore, the design is sculptured and three dimensional: the rims are high encasing the design. This is proof coining at its best.
STATUS
Sold January 2017
Enquire Now

The striking of ‘collector’ coins - better known as proof coins - in Australia is not a modern day phenomenon. Nor a product of the Royal Australian Mint’s decimal era. The nation’s mints (Melbourne, Sydney and Perth) were striking proofs of our pre-decimal coinage in the nineteenth and twentieth centuries and the intention was then, as it is today, to create limited mintage collector coins struck to the highest quality standards. But with two very glaring differences. The mintages more than a century ago were minuscule. And their striking was sporadic.

The rarity of top quality pre-decimal proof coins in today’s market is the very reason why they have become the choice of savvy investors.

The coin is a superb proof striking of the 1928 Penny. Given the absolute stunning state of the coin we are not surprised that its former owners include such great collectors as Syd Hagley and Wayne Palmer.