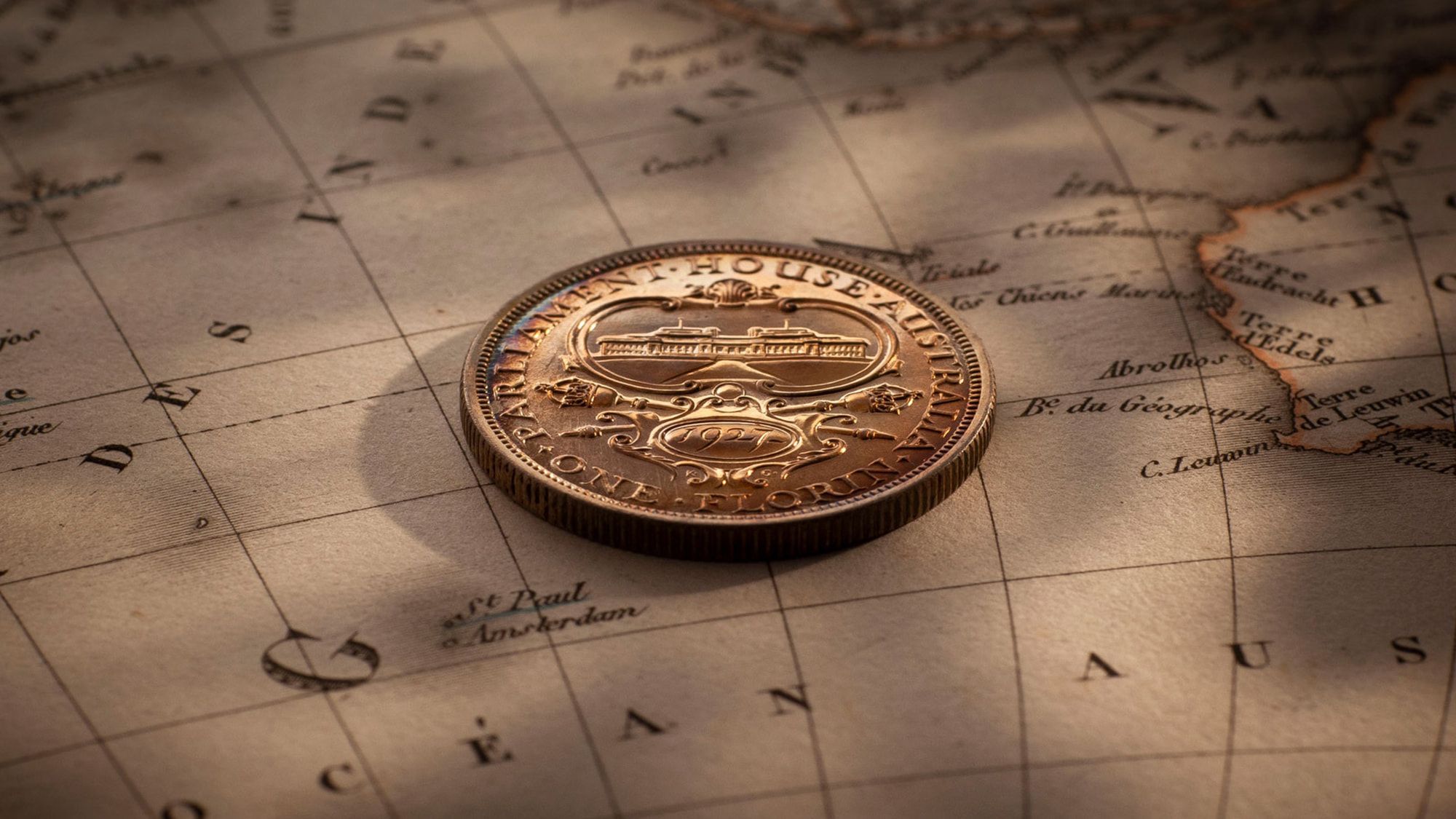 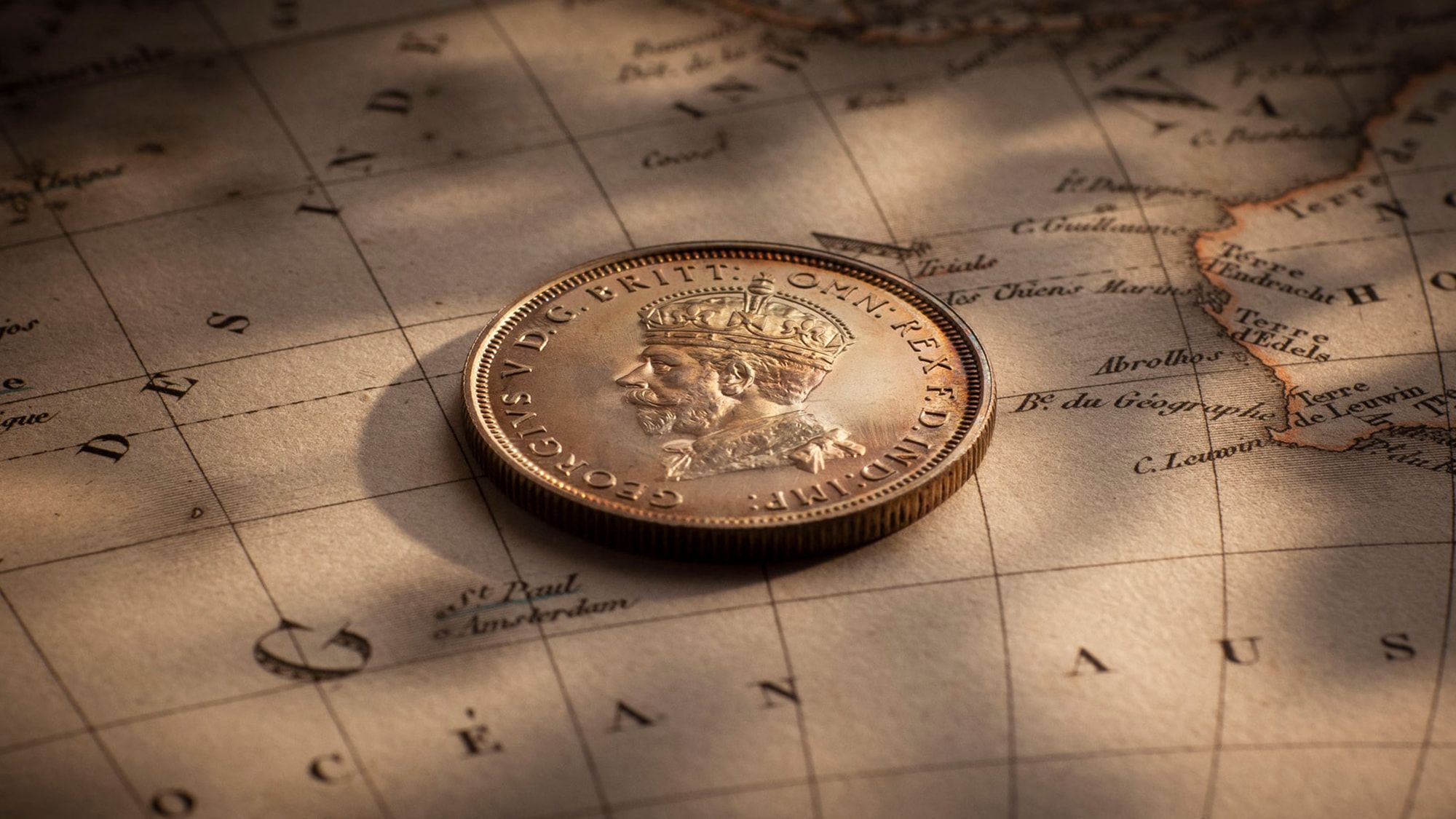 Proof 1927 Canberra Florin
COIN
Proof 1927 Canberra Florin
QUALITY
Superb FDC. A brilliant proof with stunning iridescent colours and one of the finest we have handled.
PROVENANCE
Private Collection Sydney
PRICE
$30,000
COMMENTS
The extreme scarcity of quality Proof Canberra Florins is out of sync with the suggested mintage of 400. Which is why we have done some additional research, working our way through old journals and manuscripts. We now know that while Melbourne Mint records show a mintage of 400, it is generally accepted that the issue was not a sell-out and a significant number of proofs were re-melted after failing to find a home. According to respected author Greg McDonald, the actual figure could be as low as 150.
STATUS
Available now 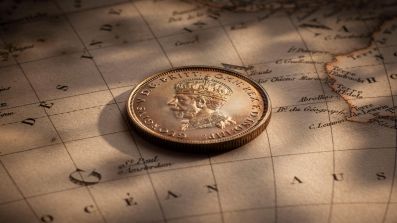 Famed London coin dealers, A. H. Baldwin & Sons Ltd, was founded in 1872 by Albert Henry Baldwin. Respected the world over, Baldwin was perceptive and understood the mindset of his fellow collectors. He had the foresight to acquire twenty-five of the Proof Canberra Florins out of the original mintage of 400. The coins were archived by Baldwins for nearly sixty years before the company trickled them out into the Australian marketplace.

QUESTION. What inherent qualities did the Canberra Florin have that prompted Baldwins to take up more than 6 per cent of the entire mintage?

BALDWIN'S VIEW IN 1927. Baldwin knew that the Proof 1927 Canberra Florin was the very first proof issue struck for Australian collectors.

BALDWIN'S VIEW IN 1927. Baldwin would have been aware that the coin was minted for one of the most significant events in Australia’s journey to nationhood. The opening of the nation’s first Parliamentary buildings in the national capital. He had the experience of dealing in English coins to know that history counted and that the Proof Canberra Florin would have an everlasting appeal.

OUR VIEW TODAY. While Federation occurred in 1901, Federal Parliament sat in temporary accommodation for twenty-six years in Victoria. The opening of Parliament House in Canberra was a big deal, a milestone in Australia’s pathway to unity. Officiated by the Duke of York (later King George VI), the formal opening of Parliament House was broadcast to more than one million people via radio stations in Queensland, New South Wales, Victoria and South Australia. History is the crucial element for underpinning continuity of demand in the numismatic industry.

BALDWIN'S VIEW IN 1927. Baldwin must have perceived that a mintage of 400 for the Proof 1927 Canberra Florin was tiny and that the coin was destined for greatness.

OUR VIEW TODAY. While Melbourne Mint records show a mintage of 400, it is generally accepted that the issue was not a sell-out and a significant number of proofs were re-melted after failing to find a home. According to respected author Greg McDonald, the actual figure could be as low as 150. The proofs were sold without a case, thereby introducing the possibility of mishandling. So for the buyer that makes quality a priority, the waiting time for a really nice Proof 1927 Canberra Florin to come along may be twelve months. Or even longer.

History has shown us that Baldwin was correct on all counts.