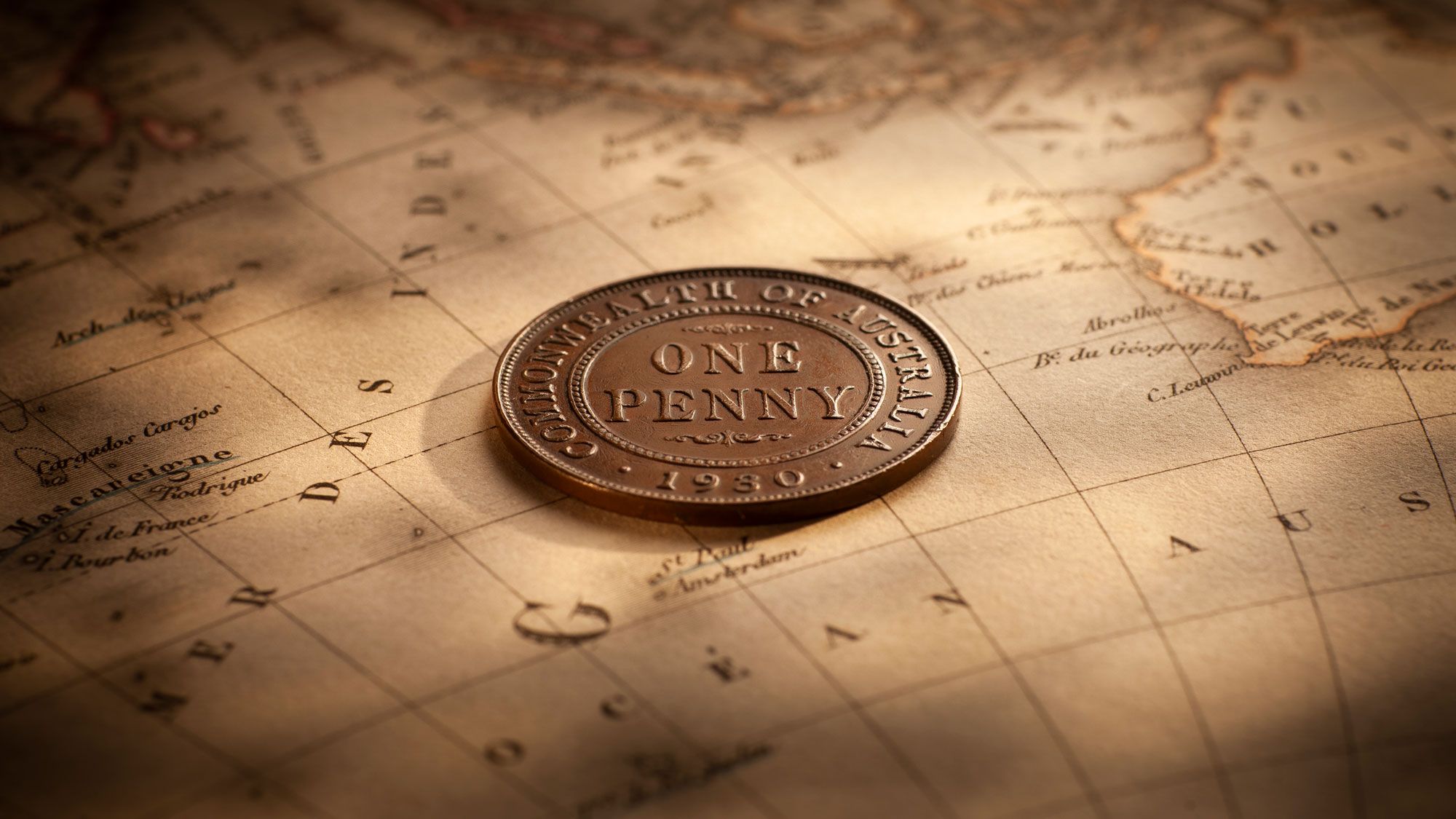 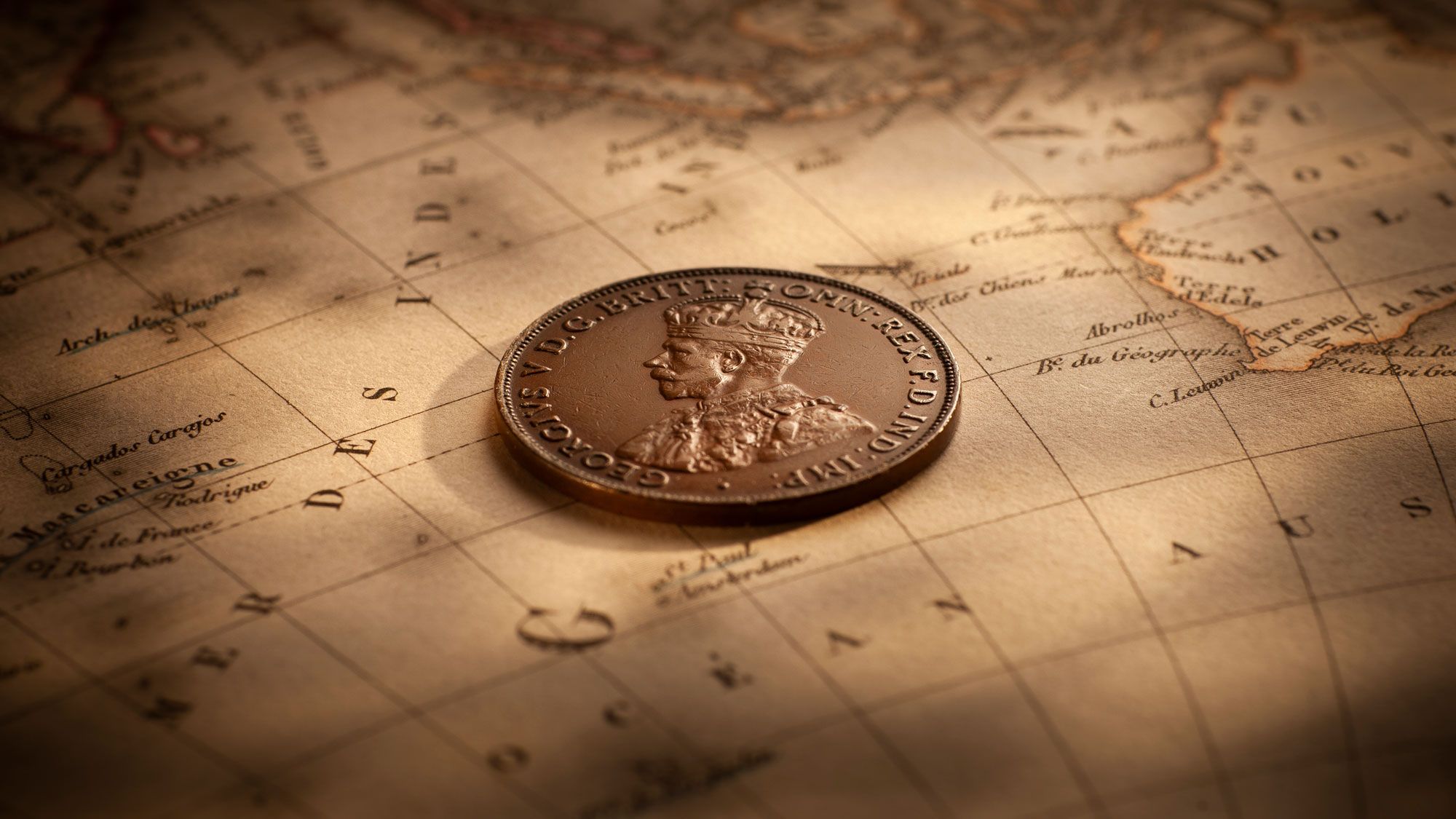 1930 Penny, with an almost complete central diamond and six plump pearls.
COIN
1930 Penny, with an almost complete central diamond and six plump pearls.
QUALITY
Nearly Very Fine / Very Fine
PROVENANCE
Private Collection Melbourne.
PRICE
$29,500 (Normal R.R.P. $34,500)
COMMENTS
This is a superb 1930 Penny, in the top 15 per cent of surviving examples, with an obverse grading of Nearly Very Fine and a reverse grading of Very Fine. Collectors will note the almost full central diamond and six very plump pearls in the king’s crown. Collectors will also take on board the price. Presented in a quality level of Nearly Very Fine, this coin is available at the same price as one graded two notches down at Good Fine and that's a $5000 price advantage over our normal R.R.P. The vendor has held the coin since the early 90s but is now eager to facilitate a quick sale. So, if you have been sitting back watching the market and waiting for the "right" 1930 Penny to come along ... then this is the coin for you.
STATUS
Available now 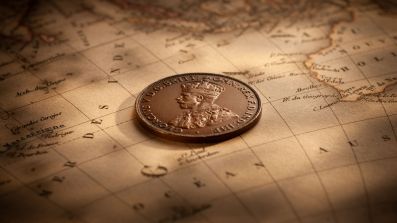 This 1930 Penny has a double advantage. Quality and price.

The edges are intact, the inner beading well defined, the upper and lower scrolls are strong, the toning is handsome and even and the fields undamaged.

And if you take up a magnifying glass you see that the coin, on the obverse, has an almost complete central diamond (three sides and into the fourth) and six plump pearls.

It is these two aspects, the diamond and the pearls, that classifies this 1930 Penny as a high-quality piece and in the top 15 per cent of surviving examples.

This coin will appeal to the buyer that has always wanted a high grade 1930 Penny. And has been price shopping.

At $29,500, this 1930 Penny has a definite double advantage of quality and price: a great coin offered at a great price.

The obverse of this 1930 Penny is graded 'Nearly Very Fine' and has the following attributes.

The 1930 Penny is legendary, and its star status has made it one of Australia's most valuable rare coins. Because the dollars involved in acquiring a 1930 Penny are considerable, we offer one very basic (but important) tip for buyers to assist them in their decision-making process.

Select a 1930 Penny that is visually very attractive and has no obvious defects from its time in circulation. Buyers should never forget that the aesthetics are an important part of the selection process.

Our insistence on the aesthetics simply relates to the point that collectors only discovered the existence of the 1930 Penny in the 1940s, a decade after they were released into circulation.

Which means that the coins were used, with the majority well used, before collectors discovered their very existence having endured the rigours of handling, mishandling, being dropped, scratched and rattling around in change.

The 1930 Penny that we have for sale fits that profile in every respect and is as per the photographs shown above.