MACQUARIES300. A project that will educate and inspire. 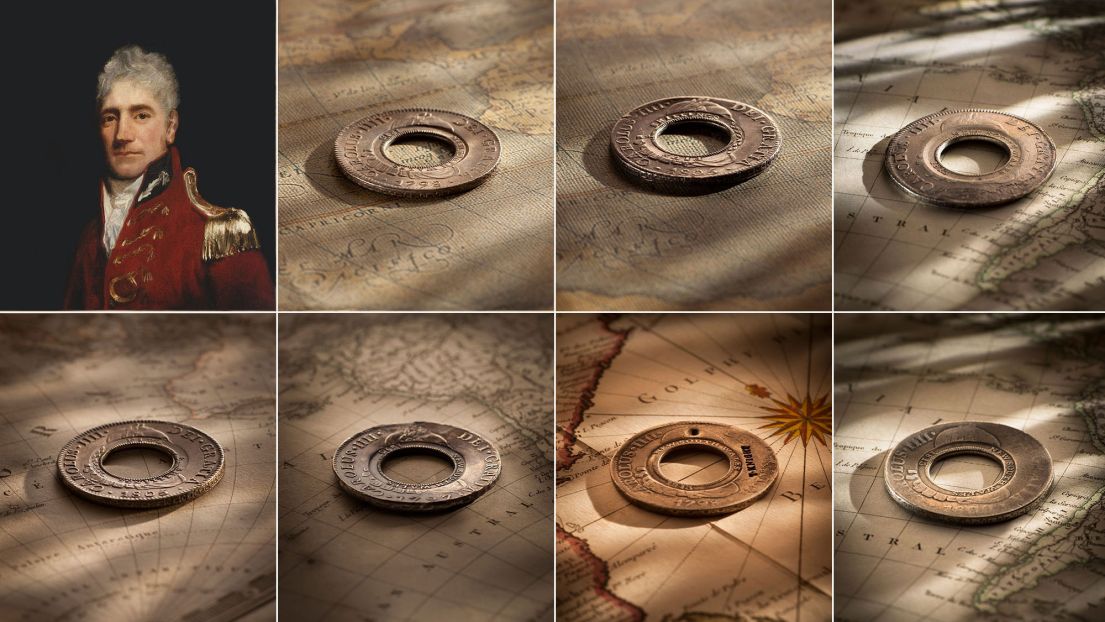 The Holey Dollar is the nation’s first coin, minted in 1813 by order of Governor Lachlan Macquarie to provide a medium of exchange in the penal colony of New South Wales.

The Holey Dollar is a national treasure.

As Macquarie had no access to metal coin blanks to create his currency, he improvised and acquired 40,000 Spanish Silver Dollars as a substitute for blanks.

To make his new coinage unique to the colony he employed emancipated convict William Henshall to cut a hole in each silver dollar, over-stamping each piece around the edge of the hole with the date 1813, the value Five Shillings and the issuing authority of New South Wales.

That's the point at which the holed silver dollar became the 1813 Holey Dollar, the nation's first circulating coin.

While the original intention was to create 40,000 Holey Dollars from 40,000 silver dollars, spoilage and the despatch of samples back to Great Britain saw a slightly reduced number of Holey Dollars - 39,910 - released into circulation.

The industry estimates that 300 Holey Dollars survive today with at least a third held in museums in Australia and around the globe. The balance is owned by private collectors.

The above three points ultimately determine the value of a Holey Dollar.

Such is the demand for Holey Dollars, that a well worn example, one that resembles a washer, is worth upwards of $50,000. The finest Holey Dollars will command in excess of $400,000 with the most important Holey Dollar selling for $550,000 in 2015!

Treasures need to be recorded for today’s audience and for future generations. And the information needs to be accessible on the worldwide web.

Coinworks is spearheading a project titled, MACQUARIES300. The plan is to produce an on-line photographic register of the surviving 300 Holey Dollars. It will be a project of national significance and will attract positive media exposure. We want to send a clear message. That Holey Dollars are an integral part of Australia's historical and financial landscape. And that Holey Dollars - and coins in general - are worth owning as the heirlooms of the future.

It has been done before. So it can be done again.

In 1988 the Australian Numismatic Society in association with the Mint & Barracks Museum Sydney sponsored the compilation of a pictorial record of the surviving Holey Dollars.

The result was a 92-page book detailing 274 Holey Dollars, with black and white photographs (where available) of each coin. The photographs are supported by a brief synopsis that details the coin's provenance and current ownership, either the name of the private collector (if permitted by the owner) or the name of the institution.

The book is presented in a logical sequence in order of the date of the Spanish Silver Dollar, from the earliest dated 1757 to the last dated 1810.

However it is noted that at least seventeen previously unrecorded Holey Dollars have been unearthed. And are not represented in the book.

Photography has also come a long way since 1988, both the ease of photographing (using an i-phone or i-pad). And the quality of photos now available to amateurs.

The book authored by Messrs Mira (now deceased) and Jim Noble is now out of print and available only on the secondary market and is almost impossible to procure.

It is time for an update, to present all the known Holey Dollars in colour instead of black and white and include the most recently discovered Holey Dollar examples.

It is also noted that many coins have changed hands over the last thirty-three years so the information has to be updated. And it should be available on the worldwide web.

It is important to note we have no intention of replacing the reference number system introduced by Messrs Mira and Noble. Just extend it with newly discovered coins.

And we are taking on the mantra that if it has been done before it can be done again.

Where do we start?

This is an exciting project. And there will be feelings of great satisfaction and excitement when a Holey Dollar is discovered, perhaps one with an interesting story attached to it.

The following domain names have been registered to host the MACQUARIES300 on-line catalogue.

Macquaries300 is our preference. 'LachlanMacquaries300' was registered just in case the Macquarie Bank challenged the name.

It is now time to build the site and start the Macquaries300 register.

In 2019, Coinworks conducted an Exhibition of Holey Dollars in Canberra. The Exhibition, conducted in partnership with the Royal Australian Mint, ran for two months and was extremely successful.

At the very least the Royal Australian Mint indicated they could assist us in making contact with public institutions.

We would also like to discuss the potential of using the Royal Australian Mint facilities to launch the project.

Contacting institutions and associations will be made easy with emails. And the support of such a revered institution as the Royal Australian Mint. They will literally open doors for us.

Most collectors will have bought their Holey Dollar from a dealer, so the dealer network will be critical to the success of the project. Social media will also play a strong role.

Coinworks. And its standing in the industry.

Coinworks can provide photographs of at least fifty Holey Dollars out of the two hundred privately held examples.

Once the project gets underway it will take on a life of its own as we regularly update the website with the number of coins recorded and include photos of the newly discovered examples.

We are an industry leader equipped to deliver on our promises. And we have worked with leading Australian companies and organisations in our quest to promote the industry.

Our most recent foray was in 2019. A joint partnership with the Royal Australian Mint staging the "ALL THAT IS HOLEY" Exhibition honouring the nation’s first coins, the Holey Dollar and Dump. We have also collaborated with the Macquarie Group in 2013 and the ANZ Bank in 2007 in staging major numismatic exhibitions. 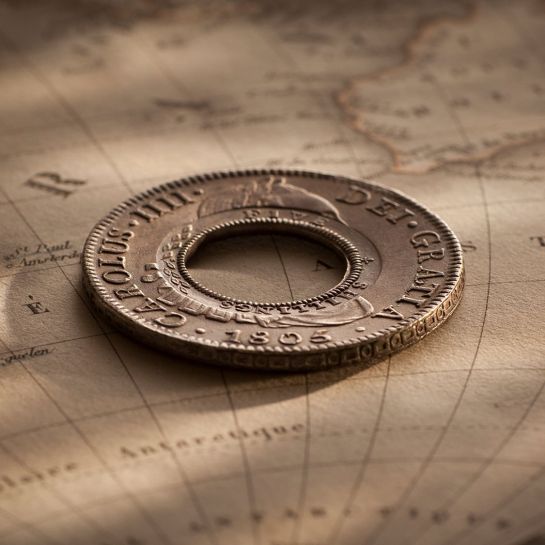 Mira Noble 1805/13.
An 1813 Holey Dollar created from a Spanish Silver Dollar that was struck at the Mexico Mint in 1805. The finest of the 300 surviving Holey Dollars. 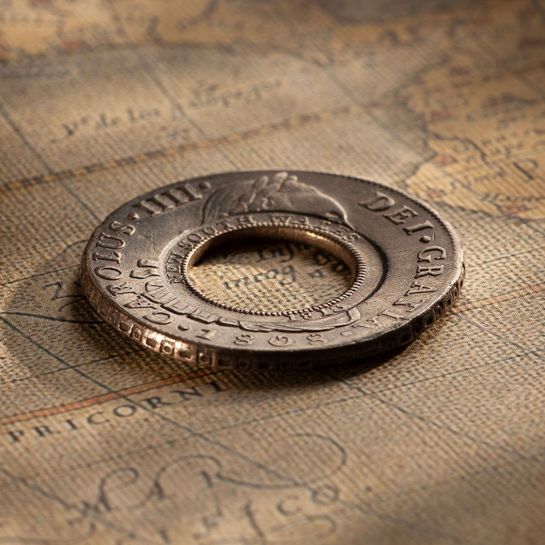 An unrecorded example that was discovered in the U.S. in 2013.
An 1813 Holey Dollar created from a Spanish Silver Dollar that was struck at the Lima Mint, Peru, in 1808. Of the two hundred Holey Dollars held by private collectors, only twenty are connected to the Lima Mint and this is the finest of them all. 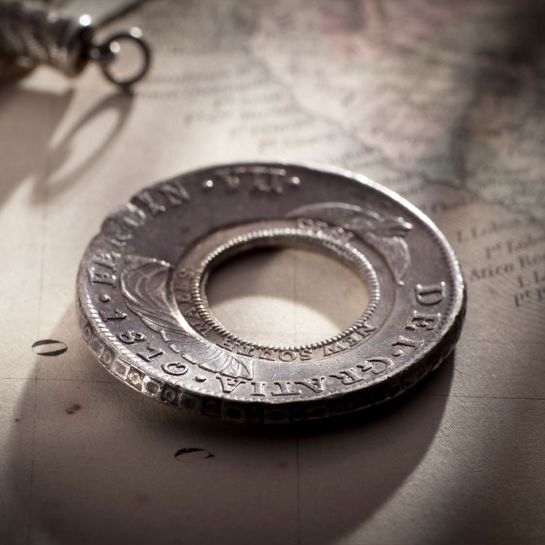 Mira Noble 1810/3.
The famous Hannibal Head Holey Dollar created from a Spanish Silver Dollar that was struck at the Lima Mint, Peru, in 1810. 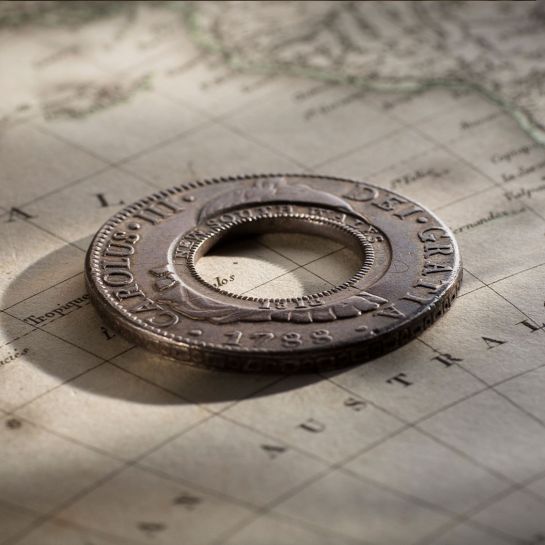 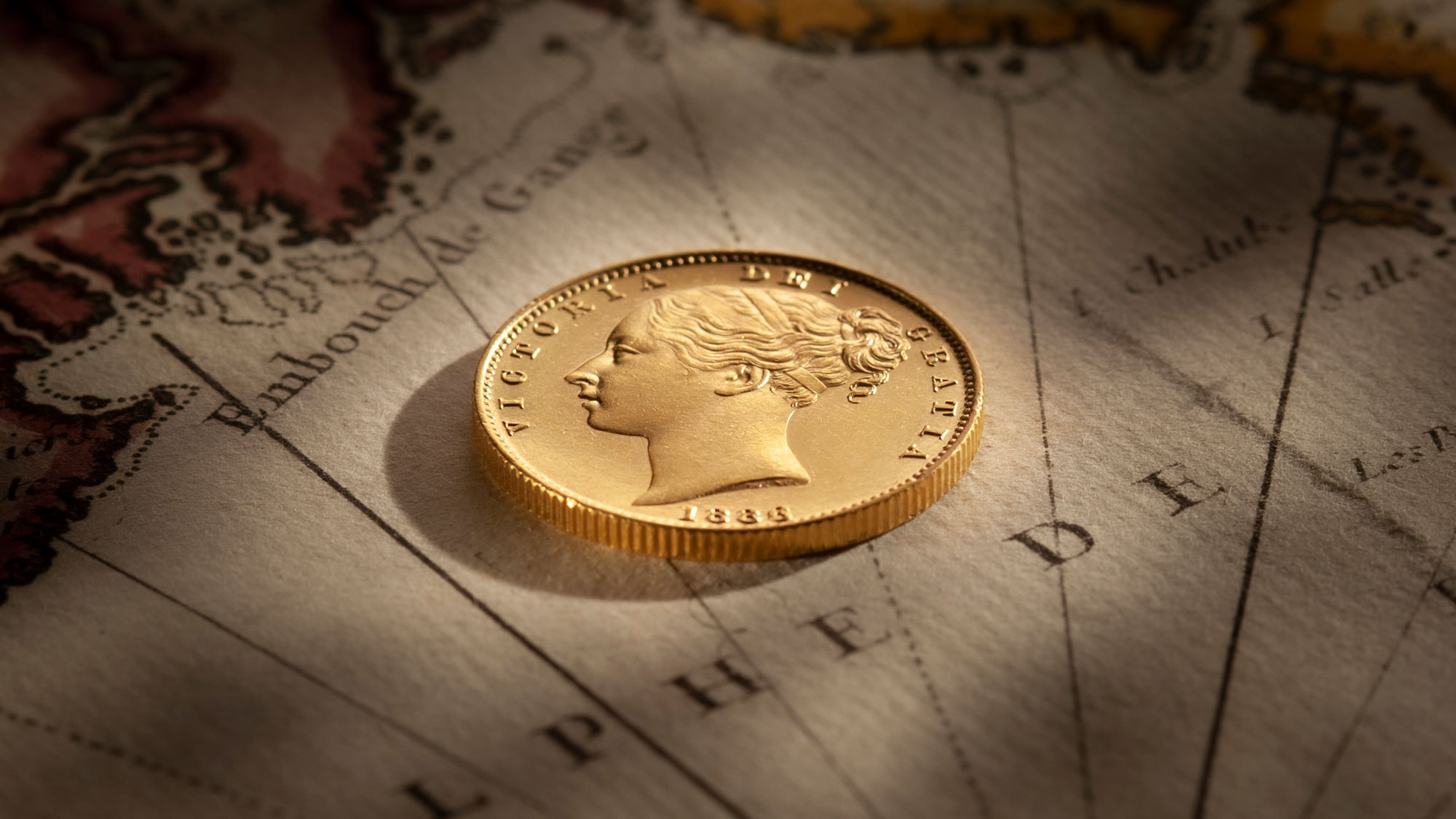 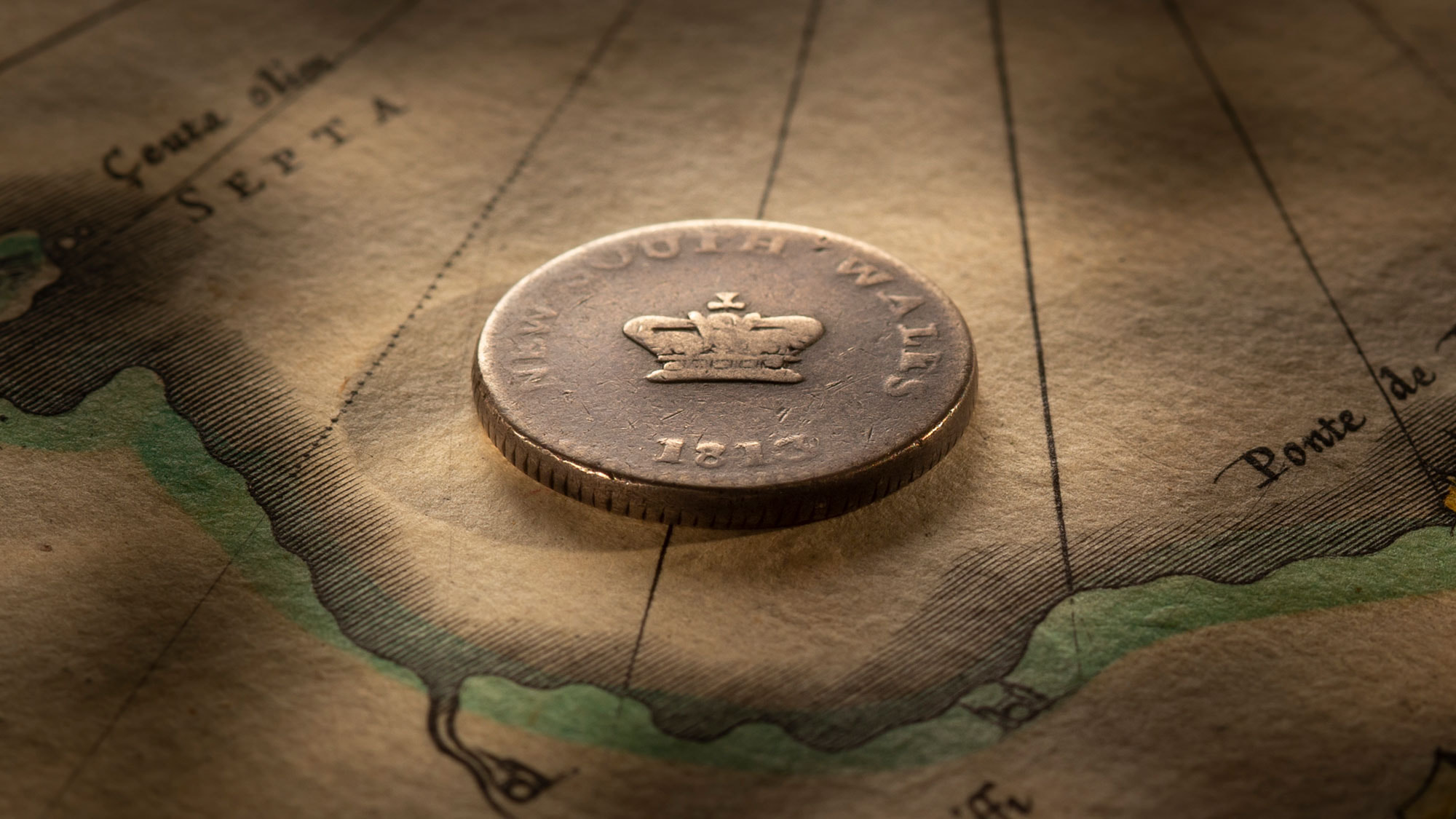 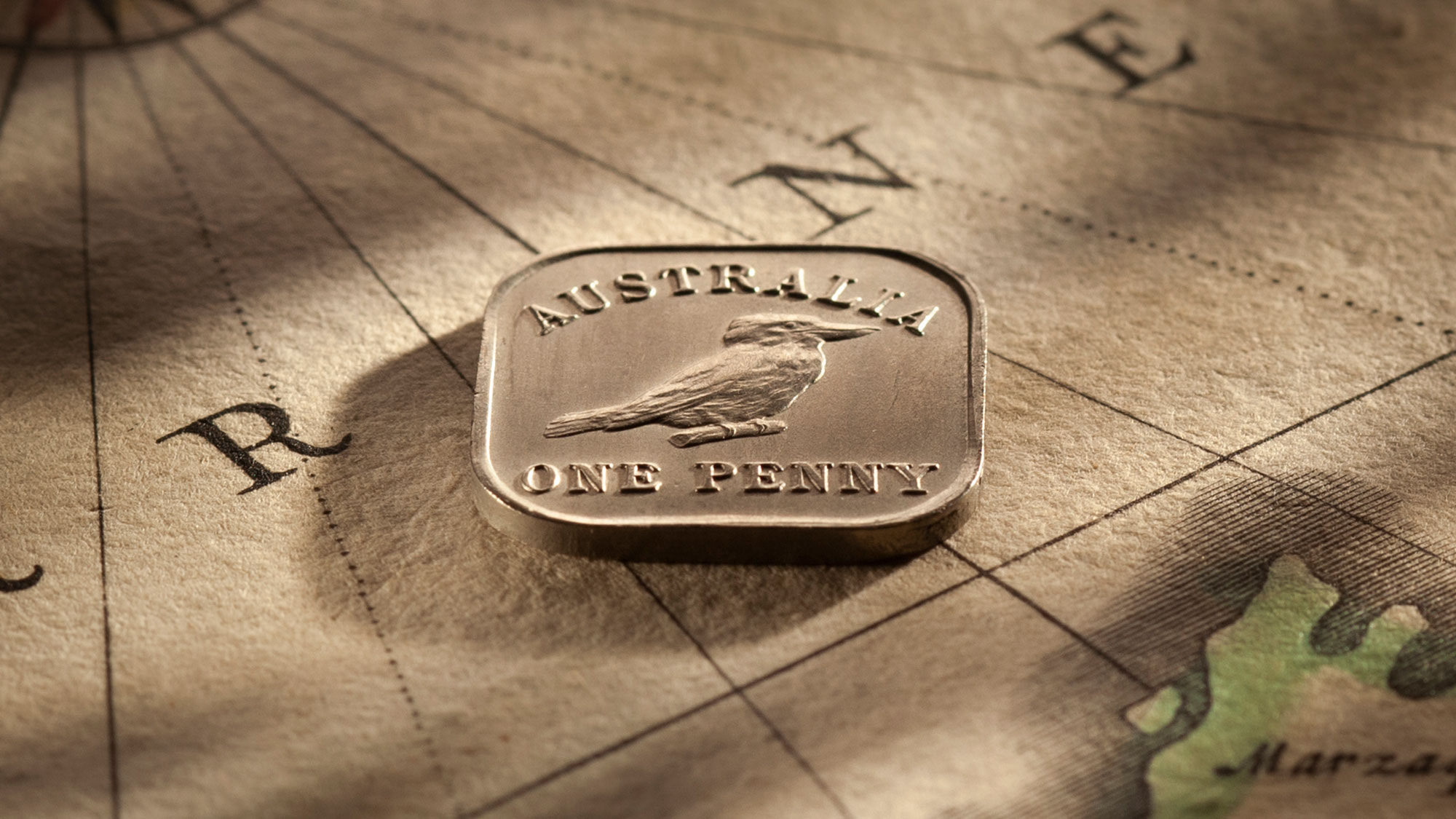