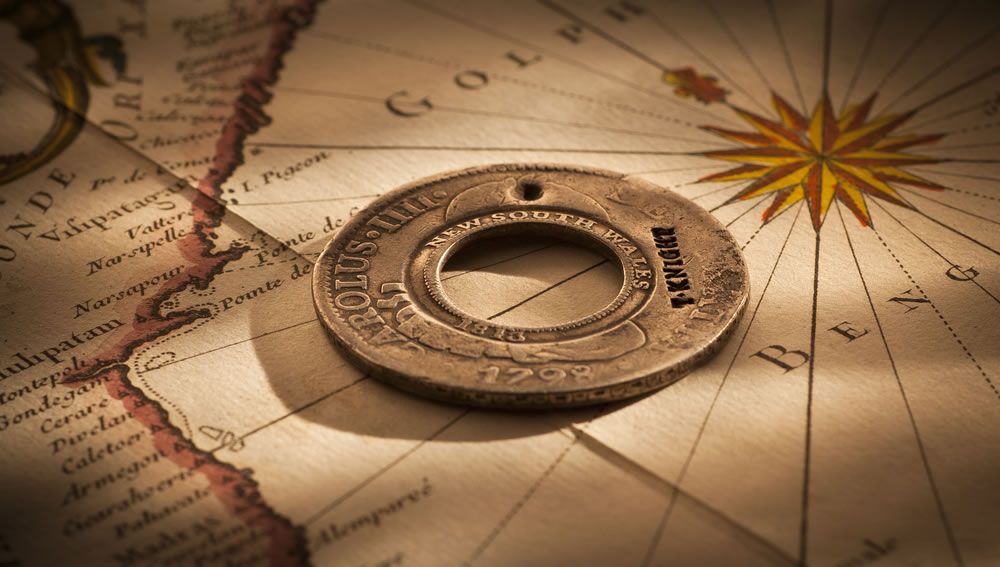 The counter-stamp ‘T Knight’ on Australia’s colonial coins has intrigued historians for more than a century and has its own very passionate collector following. While little is known about the mysterious T Knight, the fact that five of the 300 surviving Holey Dollars are counter stamped with T Knight leads us to say that whoever or whatever T Knight did, he/she must have been a relatively prominent force in the colony.

It is also noted that one Colonial Dump and one Two Reales are countermarked similarly.

When William Henshall created this coin he picked up a 1798 Charles IIII Spanish Silver Dollar that had been struck at the Mexico Mint. Using crude equipment, he cut a hole in it. He then continued the minting process by over-stamping the inner circular edge of the hole with the words New South Wales, the date 1813 and the value of five shillings.

The rarity and significance of the Holey Dollar touches all of its owners. We speak from experience. We have seen it first hand with our clients, the sheer excitement of acquiring a Holey Dollar. You can hear it in their voice. You can see it in a client’s face.

The Holey Dollar is history that you can hold in your hand. It is history that can be passed to the next generation. Its status as Australia’s first coin ensures that it will never be forgotten and, as time passes, its historical value can only increase.