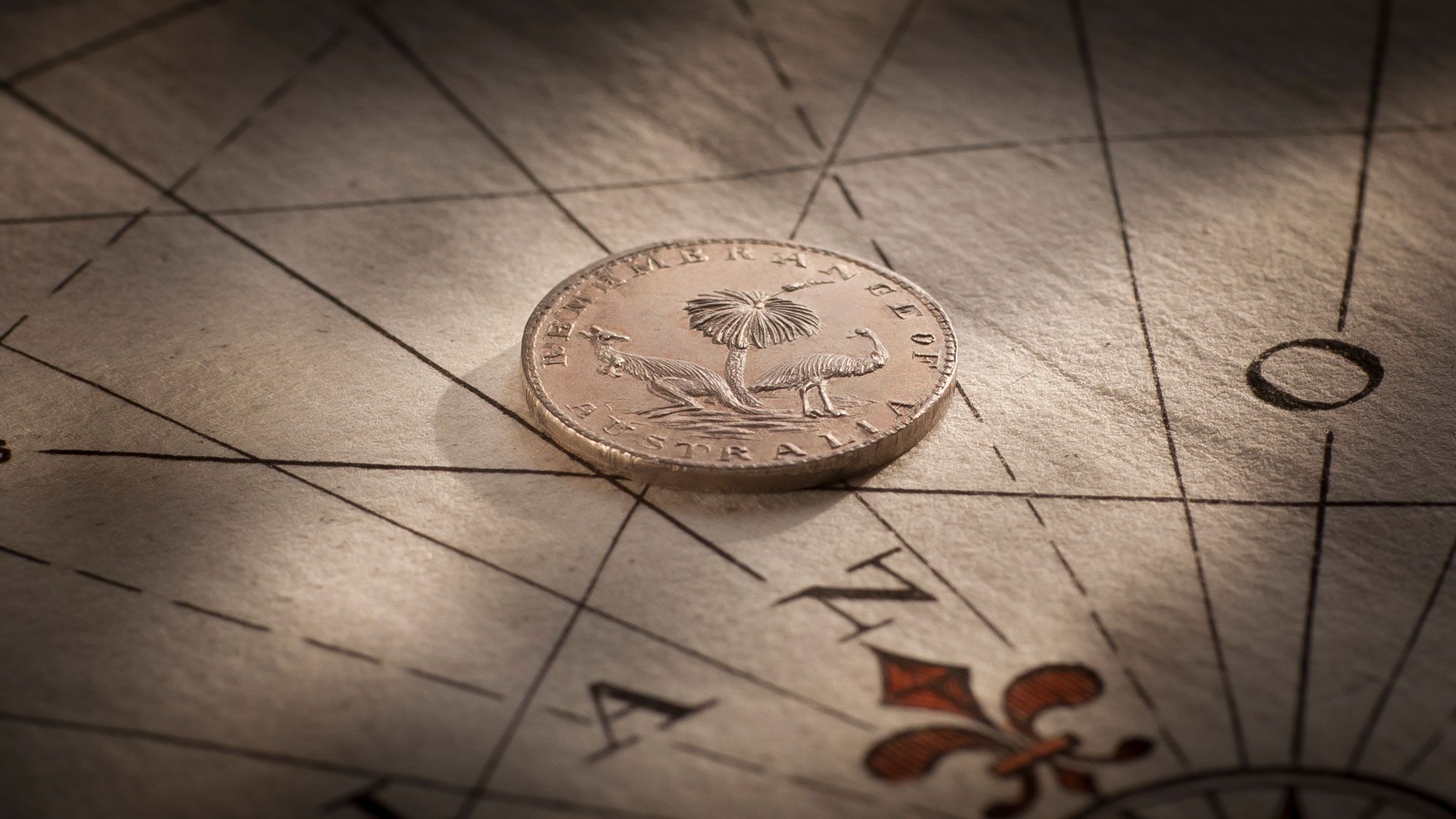 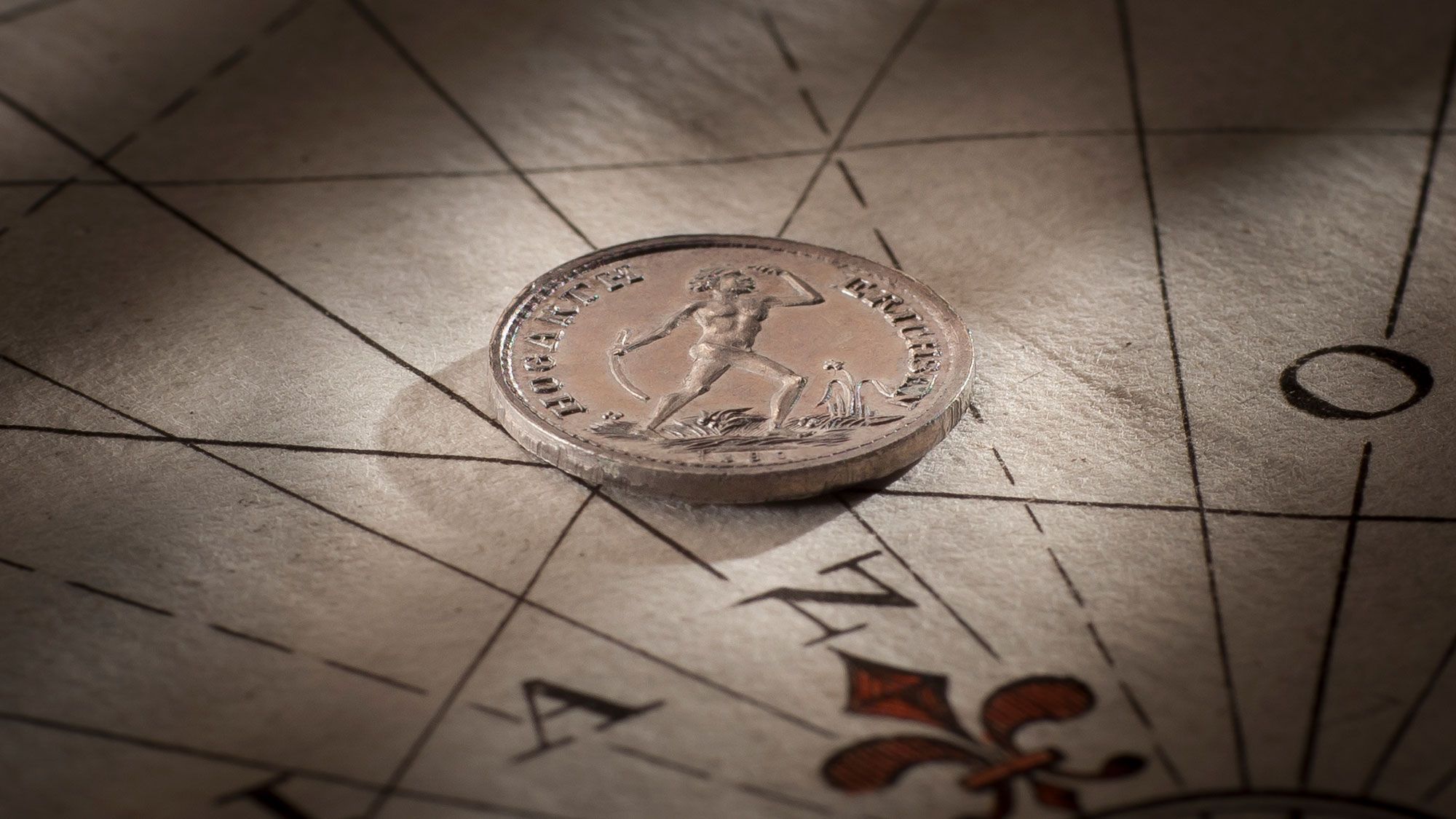 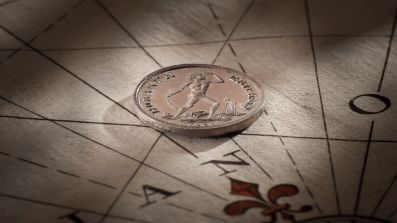 When James R Lawson Auctioneers sold the collection of the late Sir Marcus Clark in July 1954, his 1860 Aborigine Threepence (this coin) was placed in the sale alongside his Holey Dollar and Dump, such was the respect with which it was held.

Selling for £38, the Aborigine Threepence fetched more than twice that of Clark's Extremely Fine Dump (£18). Today the Dump would be valued in excess of $100,000.

At £38, the Aborigine Threepence fetched nearly double that of Clark's Extremely Fine 1852 Adelaide Pound Cracked Die (£20) which today would be valued at $175,000.

The potential of this piece is further highlighted by the realisation of Sir Marcus Clark's Ferdinand VII Holey Dollar in the same 1954 Lawson Auction. The Holey Dollar sold for £72. That very same coin is currently on offer at Coinworks for $465,000.

Struck in silver, a minuscule eight pieces of the 1860 Aborigine Threepence are known, with this piece acknowledged as the absolute finest.

Presented as struck, in a mint state, the surfaces are proof-like.

As you would expect of a piece of this calibre, it comes with a well-documented pedigree, the property of foremost collector Sir Marcus Clark whose reputation for acquiring the very best is indelibly printed into the chronicles of numismatic history.

The sale of the Marcus Clark Collection in 1954 by auctioneers James Lawson Pty Ltd records the first public appearance of the Aborigine Threepence, where it sold for £38.

The third appearance was in July 2007. The front cover item of a 400-page catalogue, it stirred up serious buyer interest selling for $92,000 against a pre-auction estimate of $75,000.

Julius Hogarth and Conrad Erichsen set up as jewellers in 1852 in a small shop at 394 George Street (near Liverpool Street). Relocating several times in the same street, their final location was 312 George Street on the south east corner of Hunter Street in what was formerly Skinners Hotel.

Hogarth is reputed to have designed and engraved the dies, while Erichsen is said to have actually made them. History records that Erichsen was quite a drinker and in the habit of striking a token whenever his thirst got the better of him!

Messrs Hogarth and Erichsen actively promoted the use of indigenous Australian flora and fauna elements and indigenous figures into their metal work and jewellery. They achieved great success during the 1850s notably through the vice-regal patronage of Governors Young and Denison.