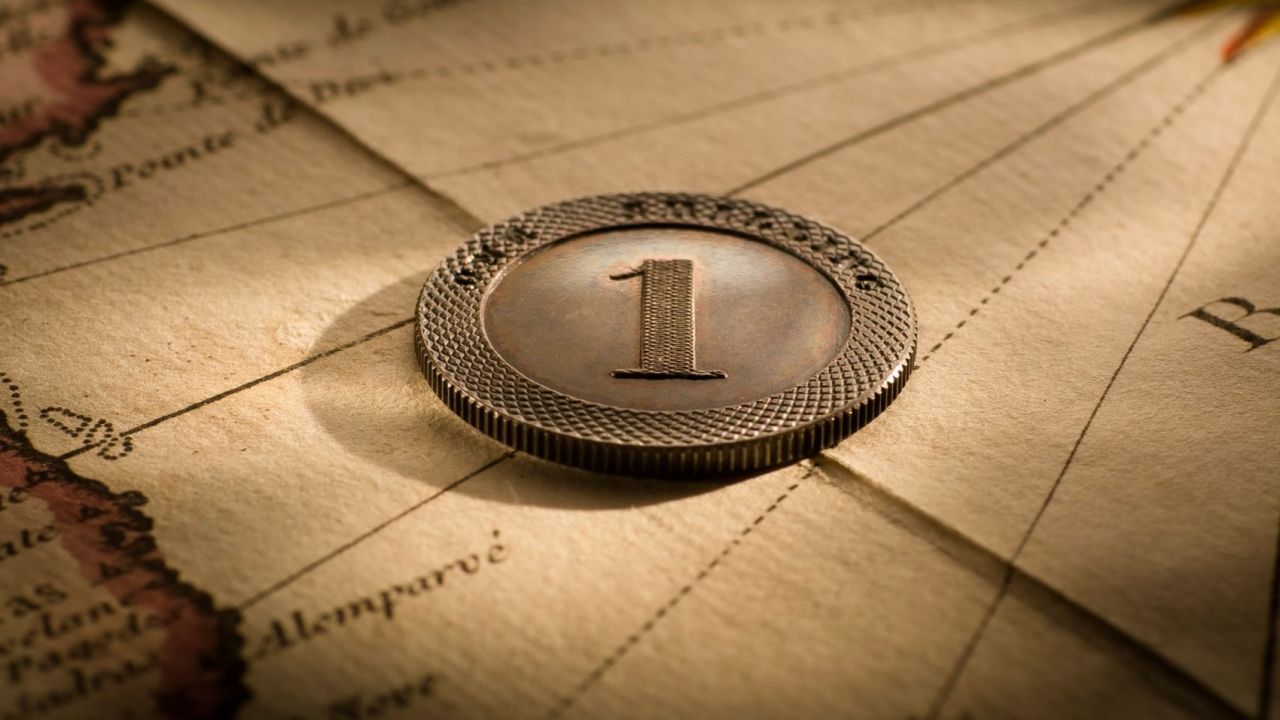 Coinworks has continued its style of educating potential buyers. We want our clients to appreciate the history of a piece. And to understand what they are getting for their money: its rarity, the technical aspects that make up its quality grading and its quality ranking out in the market place.

We are very comfortable in taking our clients on a learning curve and sharing our knowledge. And there is no doubt that clients respect our stance.

One of the most pleasing aspects for us was that during April and May more than 40 per cent of the sales total came from buyers that had initiated the enquiry. All were new clients.

Buyers continue to use their superannuation funds as a vehicle for numismatic investment. This reflects client’s faith in the industry, that it has a track record of capital growth and will deliver in the future. It also reflects the ease with which Coinworks facilitates the process for buying through Self Managed Superannuation Funds. Insurance is arranged, storage is arranged ... all of which is ATO compliant and at no charge.

So, where is the rarity factor you may ask? If a buyer factors quality into a selection process, 'rare' coins become even 'rarer'. So by default once you talk ‘quality’ you also talk ‘rarity’.

Provenance should never be overlooked and we note that several revered names kept popping up in our sales, they being Quartermaster, Philip Spalding, A. F. H. Baldwin.

An 1855 Sydney Mint Sovereign in Uncirculated sold for $90,000. The client that acquired the coin had missed out on a top quality example a few years earlier and was determined not to miss out the second time around. We have always known that in the upper quality levels the ’55 Sovereign is about four times as rare as the Adelaide Pound. The buyer's experience of having to wait a few years for another example to come along simply re-affirmed its scarcity out in the market place.

One of the highlights of April (for us and for the buyer) was the sale of the absolute finest known 1855 Sydney Mint Half Sovereign from the famed Quartermaster Collection. In a quality level of about Uncirculated, the coin sold for $300,000. It is photographed at right. One can only suggest that the coin must have become a prized collectable very soon after its striking for it is in a miraculous state.

This was followed up in May with the sale of an Extremely Fine 1855 Sydney Mint Half Sovereign for $95,000, the buyer reacting quickly to the price believing that given its extreme rarity, the coin was undervalued and had the potential for solid capital growth.

The 1855 Sydney Mint Half Sovereign is amazingly rare. Less than fifty examples are known today and let’s be clear on this point. That’s not fifty at each quality level. That’s fifty across all quality levels.

Both the about Uncirculated and the Extremely Fine Sydney Mint Half Sovereigns that we sold were superb examples of Australia’s very first half sovereign with beautiful old gold tone, strong edges that had an almost ‘picture frame’ effect on the coin and minimal marks in the field. (The majority of 1855 Half Sovereigns that we see out in the market place are virtually denuded of any design detail with many of them damaged.)

Three 1930 Pennies were acquired within a few days of each other and all through Superannuation Fund entities. The first was a top quality good Very Fine, the second a nearly Very Fine and the third a good Fine. So three coins, in varying quality levels, but with one common thread. The aesthetic appeal of the three coins was to the max. Which is a point we stress at all times.

We stick to our selection protocols when it comes to 1930 Pennies (all coins for that matter) and reject those coins that are damaged. Our advice is always to reject a coin that has a defect in the knowledge that a ‘negative’ will always work against you. It will never work for you, even if the coin has been discounted. A cheap coin is only cheap for one reason.

It is interesting to note that the market is also appreciating the rarity and the value of high quality 1930 Pennies. And we are taking a number of requests for such. (The difficulty here is fulfilling the requests.) Clients are becoming well versed in the notion - and the virtues - of the seventh and eighth pearls.

The name Spalding certainly rings true in the numismatic industry. In fact we are always extremely proud and feel very privileged to offer a 'Spalding' coin.

A superb FDC Port Philip Kangaroo Office milled edge Shilling sold the day after it was photographed. It has to be said that we had been trying to chase down this particular coin for over five years. Superb FDC, extremely rare and highly historical.

The Taylor Patterns were struck with the milled and a plain edge and while all of this may seem pedantic the milled edge varieties are believed to have been struck in 1855, the plain edge perhaps a decade later. We also know that the milled edged pieces are far rarer.

The name Philip Spalding was also attached to a good Very Fine Holey Dollar that sold for $170,000. To add to its notoriety the coin was photographed and featured in Spalding's famous book, 'The World of the Holey Dollar'.

The 1953 Specimen Set was struck at the Melbourne Mint for the coronation of Queen Elizabeth II. Only twelve complete sets were prepared, each set comprised of a penny, florin, shilling, sixpence and threepence. The coins were struck to exacting specimen standards with the portrait of the new monarch.

The entire mintage was sent to the Chase Manhattan Bank in New York for their Currency Museum.

The tiny original mintage of twelve translates into extremely limited availability for collectors. Only four out of the twelve Sets have appeared at an Australian public auction over the last forty five years.

And the set we sold was unequivocally the finest known. Even the buyer, who is an experienced coin collector commented that the silver coins, in particular, looked like proofs. Praise indeed.

A 1926 Specimen Sovereign sold to a Western Australian collector adding to his already amazing collection of gold proofs and specimens. This is an area of the market that is distinguished by rarity in the extreme. And the prices that they have been selling at represent irresistible buying.

Two colonial Dumps were snapped up and again within a few days of them being offered. Both examples were at a high quality level of Good Very Fine.

We believe that buyers are starting to recognise the extreme rarity of high quality Dumps. It is noted that we are about to sell an Uncirculated Holey Dollar and we are asking ourselves where we will go to get a comparable Dump. And the answer? There is realistically only three top Dumps out in the market place that we would suggest are on a par with an Uncirculated Holey Dollar. One of them we sold quite recently for $275,000, so we doubt that the owner will part with his prized possession. And the other two owners are simply not selling.

The conclusion here is that top Dumps are difficult to acquire. And are a valuable piece to own.

The 1920 Square Halfpenny is recognised as one of Australia’s greatest Commonwealth coin rarities. Three examples are known and the coin that we sold was by far the finest. Furthermore it came with a remarkable history of growth, selling for $19,500 in 1986. Held by the one family between 1986 and 2007 it came to the market via auction and sold for $330,000. The same piece was sold by Coinworks in April for $450,000.

The comment from a recent (and new) buyer that "nothing good seems to be coming up at auction" certainly holds true at present.

Coinworks has had, and continues to have, some truly remarkable material available. 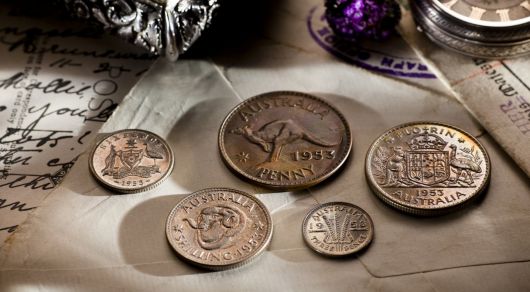 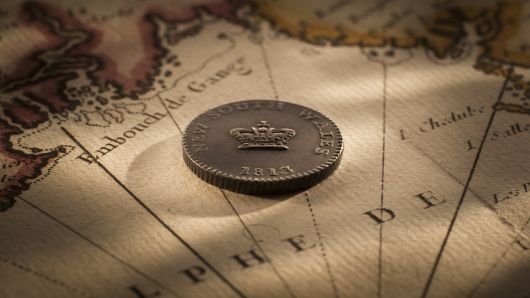 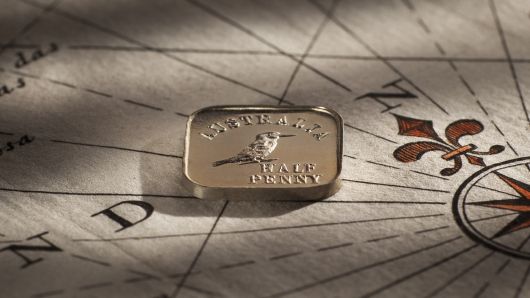