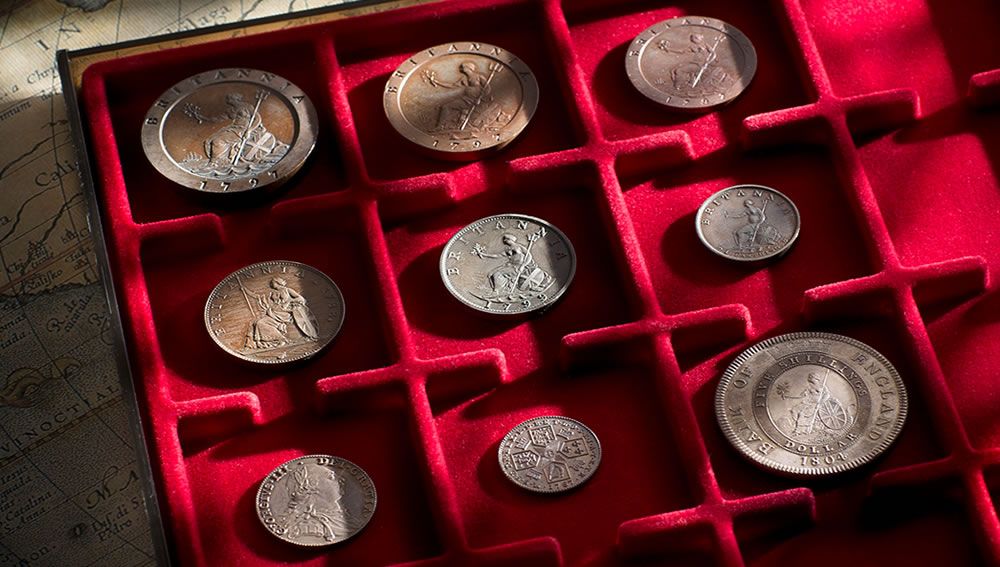 That proof coining is a tradition that goes back centuries is exemplified in this collection of nine ‘colonial’ proof coins: the former property of J. J. Pitman, a US collector of world renown.

How and why such coins have come to be embraced by the Australian coin market makes for a fascinating story.

The penal colony of New South Wales was settled in 1788. And struck its first coins in 1813, the Holey Dollar and Dump. The time difference prompts many collectors to ask … so what was the money supply in the intervening years?

Local currency came in the form of British and foreign coins that filtered their way into the colony in the pockets of settlers and incoming vessels. Coins such as the classic and imposing Cartwheel Penny and the even more imposing Twopence of Mathew Boulton, struck at the famous Soho Mint in London. And the George III silver Shilling and Sixpence and the George III copper Penny and Halfpenny.

Many of these coins came to be formally recognised in Governor King’s Proclamation of 1800 and for most collectors the Proclamation era is seen as the beginning of numismatics in Australia.

This collection of nine ‘colonial’ proof coins is comprised of:

The superb quality of these coins, and their rarity, is affirmed by their provenance. Pitman was meticulous in the selection of his pieces. And the notation of their background. The coins were acquired by Pitman in the 1940s and 1950s from sources such as Spink London and US dealer Wayte Raymond.

The coins eventually came onto the open market in 1999 when the Pitman collection was sold at auction in the US.