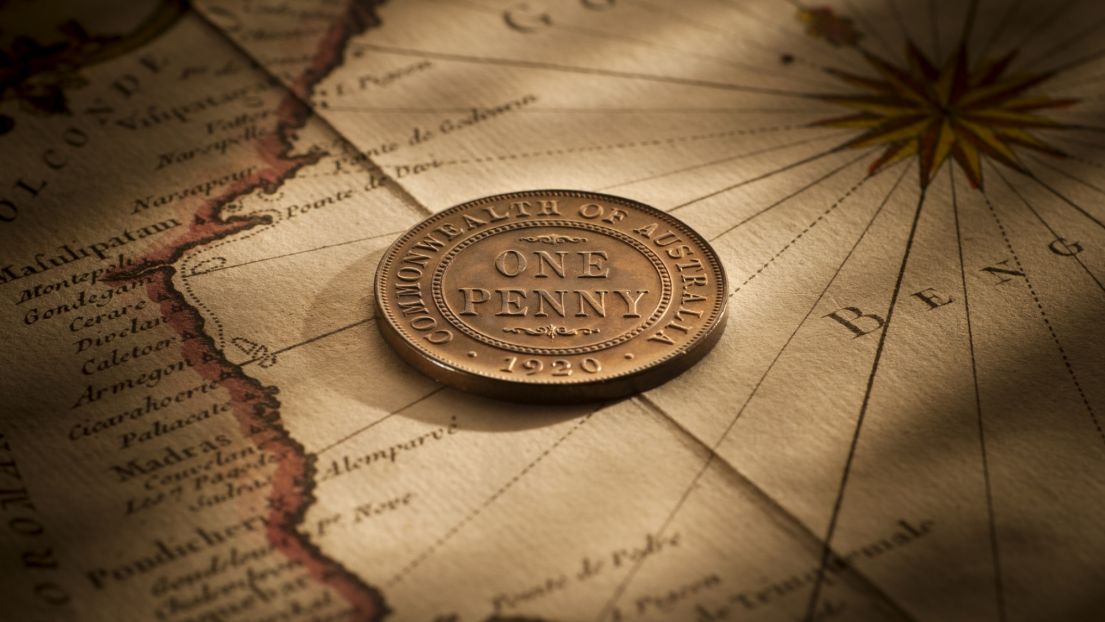 That may have some collectors believing that proofs struck in the pre-decimal era (pre-1966) were similarly readily available.

Collectors may also believe that proofs out of the pre-decimal era were struck to sell to the public as part of a profit-making exercise, as is the prime focus of today’s mints.

An incorrect assumption on both counts.

The Sydney Mint opened in 1855 and closed in 1926. Throughout its entire minting history, the Sydney Mint did not strike proofs on a commercial basis for collectors. Any Sydney Mint proof coins seen in the marketplace today are ‘Coins of Record’ and were struck to satisfy the needs of the mint rather than satisfy any collector interests. And they are extremely rare with mintage figures counted in single digits. (The term, Coins of Record, is expanded upon below.)

In 1940, the Perth Mint re-opened, commissioned by Treasury to strike Australia’s Commonwealth copper coinage. The mint continued producing Australia’s pennies and halfpennies until 1964, just prior to decimal currency changeover.

In 1955 the Australian Government legislated for the introduction of an annual proof coining program for collectors. The Perth Mint was authorised by Treasury to strike proofs of those coins they were striking for circulation, and sell them to the public as part of a commercial exercise. The program ended however in 1963.

The commencement of an annual proof coining program in 1955 introduces some definite timelines into the discussion on what Perth Mint copper proofs were made available to collectors.

From 1955 and up until 1963, the Perth Mint struck copper proofs for collectors annually on a commercial basis with mintages around the 1000 mark for each release.

If at this point you have gained the impression that the needs of collectors were pretty much ignored during the early minting years of the Perth and Sydney Mints, you are correct. The Melbourne Mint was a little-more collector friendly. But only a little.

The Melbourne Mint, in William Street, was opened in 1872 as a branch of the Royal Mint London. Its original purpose was to strike Australia’s gold sovereigns and half sovereigns.

The Melbourne Mint was slightly more adventurous than the Perth and Sydney Mints in that it did test the waters of proof coining production for collectors, but infrequently. And with fear and trepidation about potential financial losses. To guarantee success, the Melbourne Mint took pledged orders from the private sector before they would even commit to the striking. Dealers were effectively asked to financially underwrite the mint’s foray into proof coining.

Between 1916 and 1953 there were only eight occasions when the Melbourne Mint produced coins commercially.

The Melbourne Mint did eventually introduce an annual proof coining program for collectors. It was authorized by the Australian Government and introduced in 1955, in conjunction with the Perth Mint.

One of the most famous proof coins to come out of the Melbourne Mint is the Proof 1930 Penny. It is a Coin of Record. So too the Proof 1928 Penny. And the Proof 1924 Shilling. They are also Coins of Record.

So, what is a Coin of Record?

Australian Coins of Record were struck from 1853, two years before the nation issued its very first sovereign and half sovereign. Up until 1964, just prior to decimal currency changeover.

The coins were struck to proof quality in gold, copper and silver and featured the effigy of the reigning monarch.

The term Coin of Record is in many respects self-explanatory. The coins were minted to put on record a date or design satisfying the needs of the mint rather than the wants of collectors.

In Australia, the mints at Sydney, Melbourne and Perth were branches of the Royal Mint in London. Many of the technical staff manning the mints were British civil servants on loan from the Royal Mint. In order to keep the mints in the Royal Mint circuit up to date it became common for the mints to exchange proof coins with each other.

These are collectively known as Coins of Record.

Proofs were also struck for the mint’s archives, their purpose to record the mint’s circulating coin achievements. The Melbourne Mint struck 1.416 million shillings for Treasury in 1927 and recorded their achievements through the striking of a handful of shilling proofs.

Proofs were also struck to send to museums or public institutions. Only six examples of the Proof 1930 Penny were struck, one of which was sent to the British Museum and another to the Art Gallery of South Australia, where both still reside. (One example was retained by the mint itself.)

There were times when proofs were struck to put on display at public exhibitions.

So, whilst denying collectors the opportunity of ever owning them, they could at the very least get to look at them. The Exhibitions were however few and far between.

It is also noted that influential collectors did get some access to proofs. There is a record in the Melbourne Mint of the striking of six Proof 1930 Pennies, three of which were housed in institutions. How collectors got their hands on the other three coins is a mystery to this very day.

One of the most popular areas of the rare coin market is the George V Melbourne Mint Proof coppers, covering the period 1919 to 1936.

Their popularity relates to the inherent scarcity of this area of the market. And the quality of the coins. They are impressive.

As a general statement, mint records on the striking of Coins of Record are extremely sketchy.

As well, information is being added as long forgotten collections occasionally come to light such as what happened in 2001 and 2002 when an amazing collection of Melbourne proof coins was offered through Australian Coin Auctions.

It was suggested that the coins were originally owned by Roy Farman who had a close association with Deputy Mint Master and fellow numismatist, Mr A. H. Le Souef. The quality of these coins was so far superior to anything that had previously been sighted that it was alluded that Le Souef may have played a supervisory role in the striking.

The chart below re-affirms the extreme scarcity of George V copper proofs. It records Coinworks sales. The chart also indicates coins that we have sighted on the open market, excluding Coinworks sales. Sighted examples also exclude those coins held in institutions and museums.