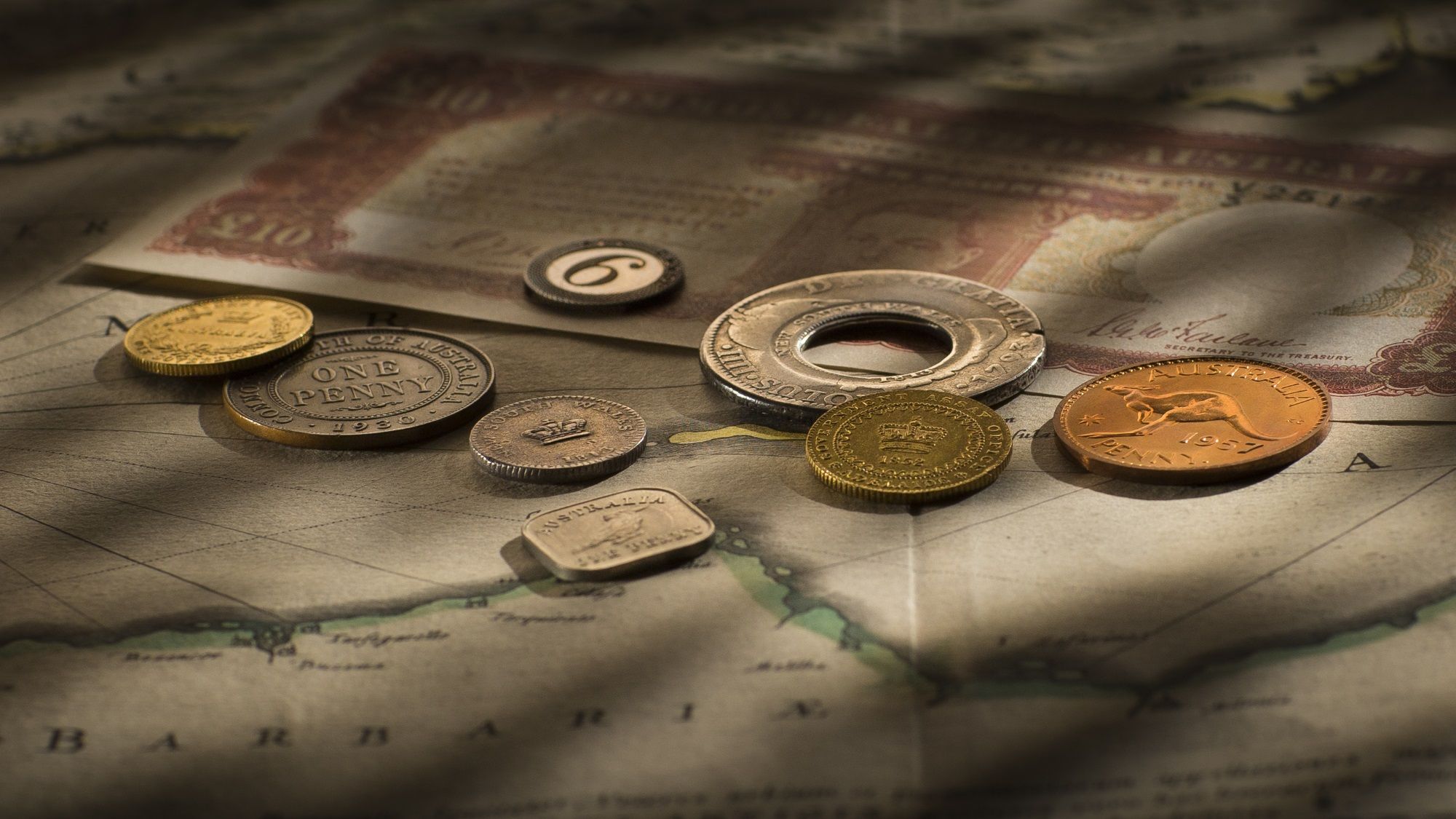 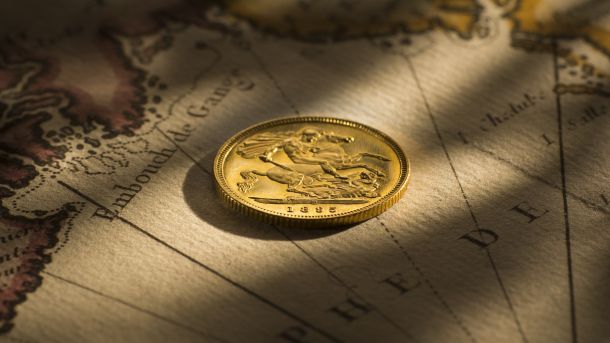 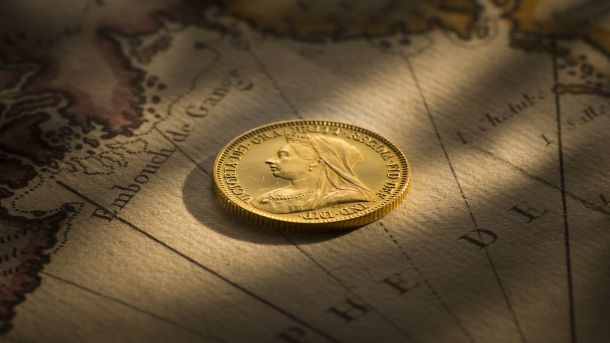 This Proof Half Sovereign was struck at the Melbourne Mint in 1895 and features the Veiled Head portrait of Queen Victoria. And the reverse design of St George and the Dragon.

The coin is extremely rare.

To put these two words 'extremely rare' into context, it is the only example of its year that we have sighted. Or that we are aware of.

We have been involved in the Australian rare coin industry for more than four decades and we understand that not every collector aims for absolute top quality.

A lot of collectors cannot (or don’t want to) extend their budget to the heady heights that top-quality commands.

They simply want to relish the moment and just obtain a nice example.

With this in mind we suggest you take a close look at this 1895 Melbourne Mint Proof Half Sovereign.

A few minor nicks on the obverse has seen this great coin rarity offered at a very affordable price level.

In 1948, Treasury commissioned the Perth Mint to strike  Australia's circulating pennies and halfpennies. The design featured an 'Aussie' favourite, the flying kangaroo.

In accordance with Royal Mint London traditions the Perth Mint struck proofs of those coins they were striking for circulation, this 1948 Proof Penny and Halfpenny evidence of such.

This pair is a classic example of the Perth Mint proofs out of this era. Toned. But beautifully glossy. And in the case of the year 1948, the coins exhibit a distinctively handsome blue hue.

Acting in his capacity as curator of Australia’s Numismatic Archives, John Sharples, undertook an extensive study of the Perth Mint proofs. He respected their rarity. And the heady quality that the mint had achieved with the striking of their proof coins.

He identified that the Perth Mint struck sixteen proof pennies and eighteen proof halfpennies in 1948. And while some of the proofs were archived in the Perth Mint's own vaults, others were gifted to prominent Australian and overseas institutions, the Royal Mint London, the British Museum and the Japan Mint to name but three.

That the bulk of the mintage was gifted to institutions is the very reason why they are so rare in today's collector market. We estimate that collectors would have access to less than six 1948 Proof Penny and Halfpenny proof pairs. 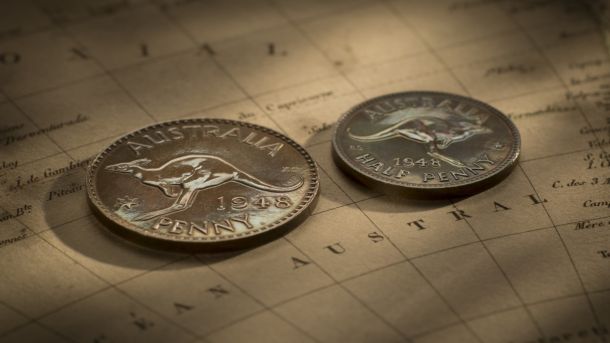 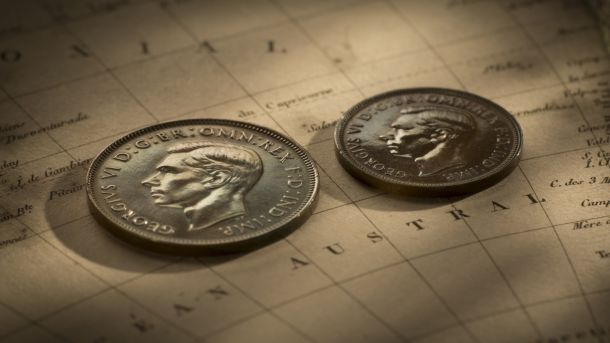 Specimen notes are fully printed examples of circulating banknotes overprinted with the word 'SPECIMEN' in red to render them not negotiable. The overprint makes them distinctively different, extremely rare. And highly sought after.

This specimen note was produced in 1966 to herald in Australia's decimal currency and bears the signatures of Herbert Coombs and Roland Wilson.

It is defined as a Type 1 Specimen note, distinguished by the small oval in the watermarked area containing the word specimen.

The note carries the first serial prefix of the $10 issue. SAA. It also bears the exalted serial numbers 000000.

Specimen notes played a major part in the development of our banknote currency.

They were printed before the first commercial print run, in the main presented to a very restricted list of VIPs as well as being used as reference material for the major banks and financial institutions.

When William Henshall created the nation’s first coins, the Holey Dollar and the Dump, he punched a hole into a Spanish Silver Dollar.

The Dump was the centre piece that fell out of the silver dollar, over stamped with a value of fifteen pence, the date 1813, a crown and the issuing authority of New South Wales.

While we acknowledge this coin has undergone circulation it has all the details that define an 1813 Dump. And that a collector would want.

This is a classic example of Henshall’s masterpiece, struck with the A/1 dies, offered at a price that won’t break the bank. 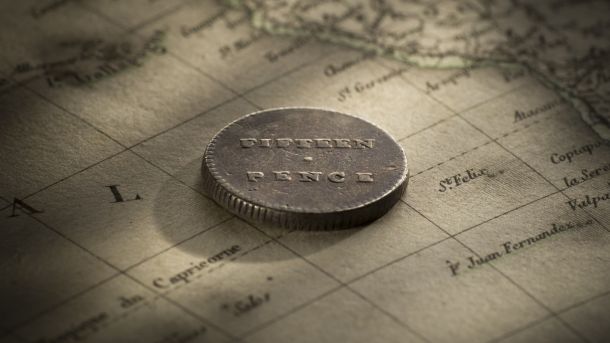 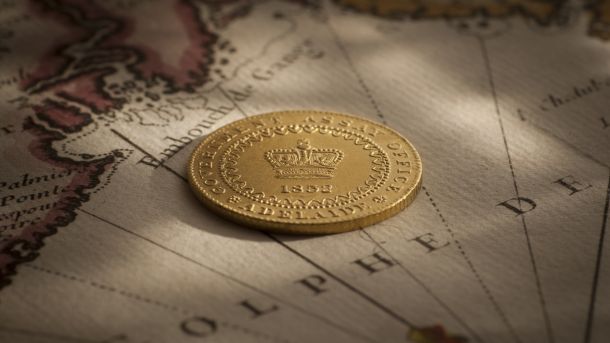 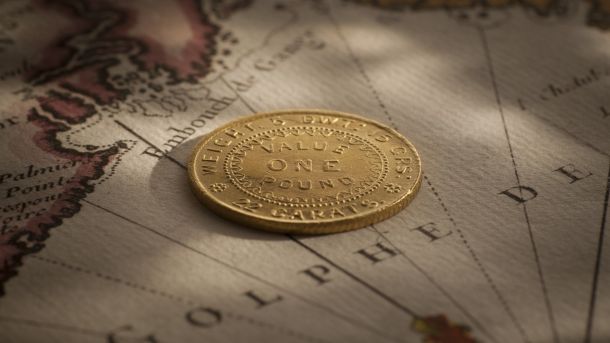 The 1852 Adelaide Pound holds a very special place in Australia's history as the nation’s very first gold coin struck from 22 carat gold brought from the Victorian goldfields. It was minted at the Government Assay Office in Adelaide.

Its historical standing, as Australia's first gold coin, ensures that it will always be sought after and underpins its investment value. Its investment value is also preserved by its rarity for the industry estimates that a minuscule 250 examples are available to collectors, across all quality levels.

Finding a circulated example that excites us is no easy task. As gold is a soft metal, most circulated gold coins will show obvious defects that are clearly visible to the naked eye.

Not so with this coin. The rigours of circulation have treated the coin very kindly.

This 1852 Adelaide Pound is well-presented and offered in a price range that is suitable to most collector's budgets.

It is a coin that you would be proud to show your family and friends.