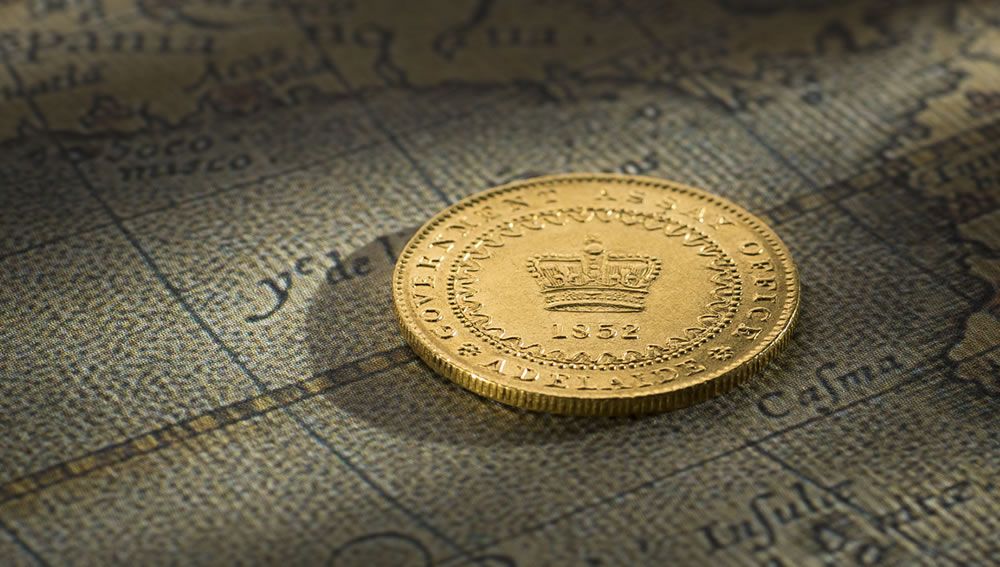 First die? Cracked Die? Second die? It all sounds a little bit pedantic but it is a fact that two different dies were used in the production of the Adelaide Pound. The first featured a beaded inner circle and produced approximately 40 coins before a die crack was noticed. (That’s why the terms First Die and Cracked Die are synonymous.)

A second die, featuring a crenellated inner circle, was then taken up and was used to strike a further 24,600-plus coins.

Not only is there a distinct design difference between the coins struck from the first and second die, what is obvious from the figures is that those Adelaide Pounds struck using the first die are incredibly rare. Our experience affirms its rarity. In a career that spans forty-plus years we have handled less than ten examples.

Having accepted the rarity of the coin we now move on to discuss the quality levels that are available to buyers.

It is a fact that the majority of Adelaide Pounds from the first run are found today well worn. And that is not surprising. Because the die cracked, it was viewed as being faulty, so very few examples out of the first run were kept as souvenirs.

Rare in any quality, this Cracked Die Adelaide Pound (from the famous George Collection) is especially scarce in the superior quality level offered here.