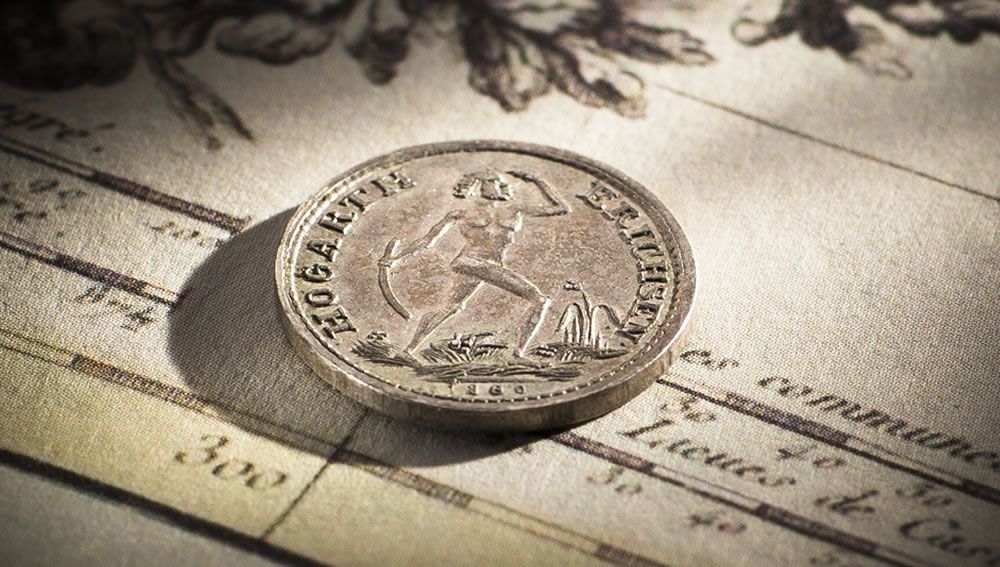 The 1860 Aborigine Threepence has a rarity and historical significance that puts it right up there with the nation’s greatest Holey Dollars, and finest Colonial Dumps. It is Australia’s most famous token. The design is iconic.

In 154 years of currency history, between the striking of Australia’s first coins in 1813 and decimal changeover in 1966, the Aborigine Threepence is the only piece to portray an indigenous person.

Famous and also extremely rare, the Aborigine Threepence has the highest rarity ranking of R10. A minuscule eight pieces are known, with this piece acknowledged as one of the finest available.

The Aborigine Threepence was struck by jewellers Julius Hogarth and Conrad Erichsen in 1860. Arriving in Sydney in December 1852, Messrs Hogarth and Erichsen set up as jewellers at 255 George Street Sydney.

The firm quickly gained a reputation in the development of ‘Australiana’ themed decoration on metalwork and jewellery, which actively promoted the use of indigenous Australian floral and faunal elements and indigenous figures. They achieved great success during the 1850s notably through the vice-regal patronage of Governors Young and Denison.

Furthermore, that Coinworks chose to include an example of the 1860 Aborigine Threepence in its 2007 ‘Dollars & Dumps’ Exhibition speaks volumes on the standing of the piece.