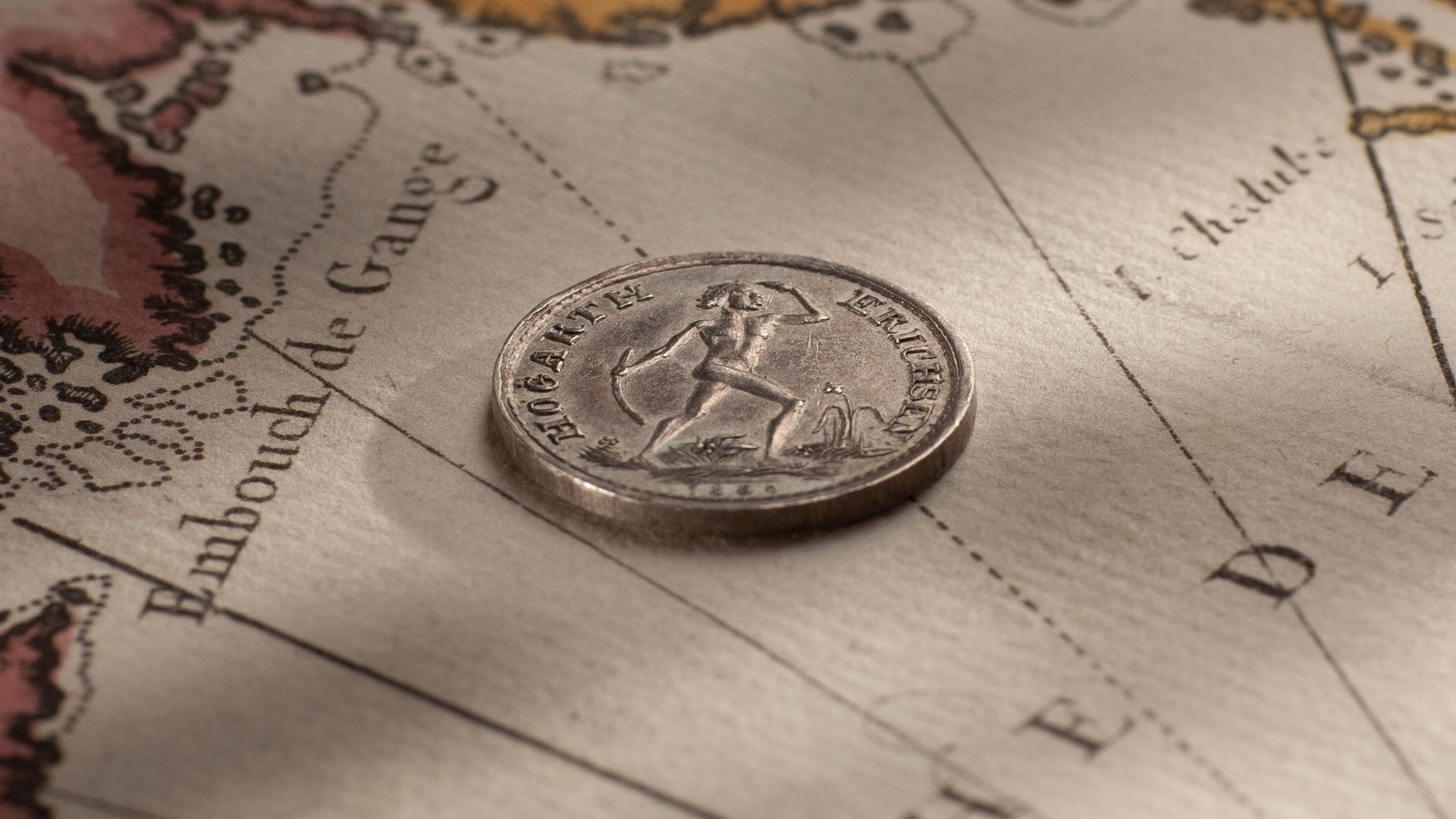 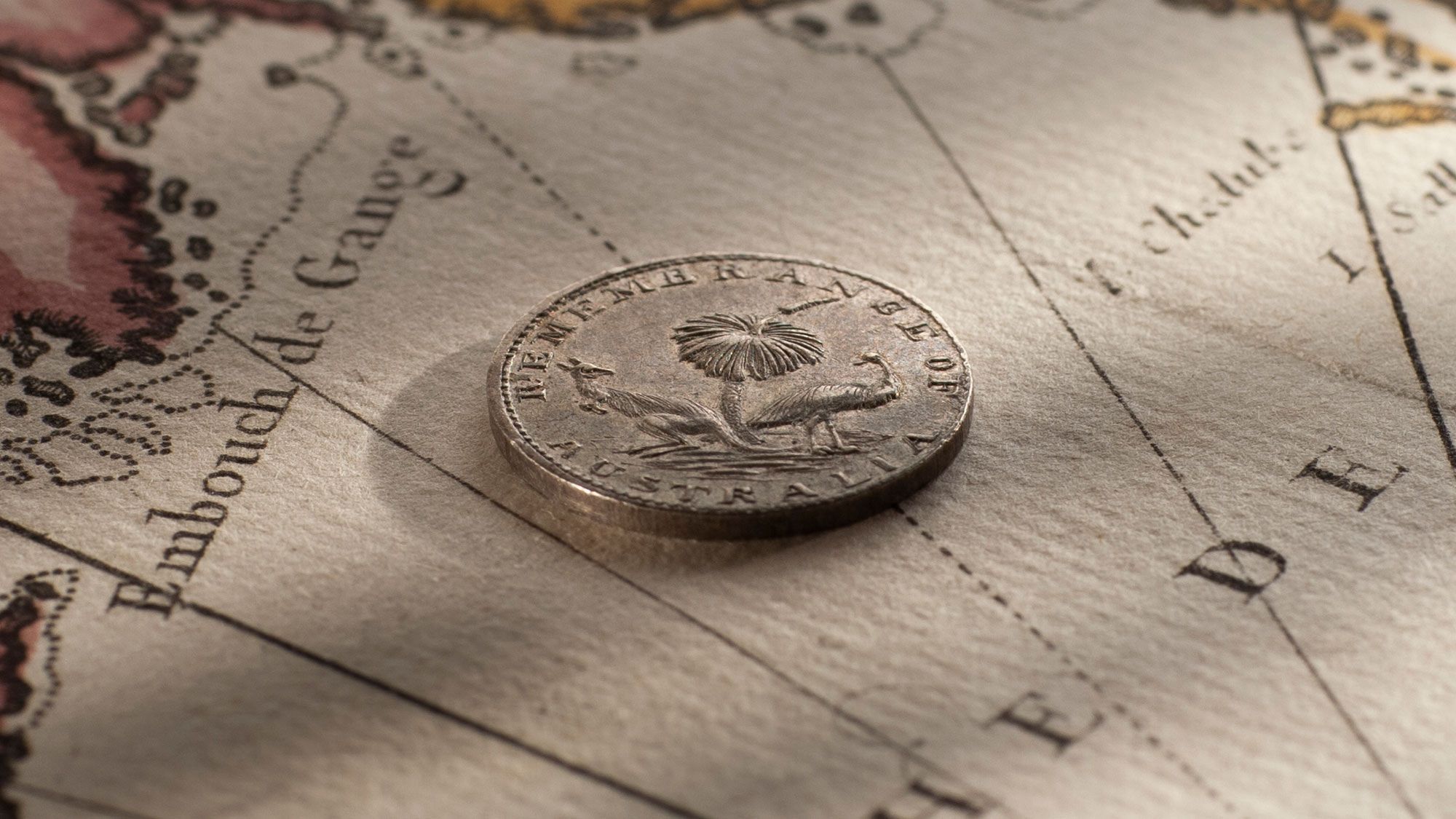 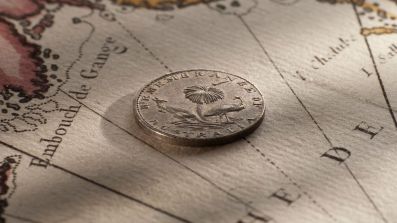 The 1860 Aborigine Threepence was minted by jewellers Julius Hogarth and Conrad Erichsen.

Scandinavian citizens, Hogarth was a sculptor and silversmith. Erichsen an engraver.

They achieved great success during the 1850s notably through the vice-regal patronage of Governors Young and Denison.

The works of Hogarth and Erichsen are held by the following institutions to name but a few:

That Coinworks chose to include an example of the 1860 Aborigine Threepence in its 2007 ‘Dollars & Dumps’ Exhibition speaks volumes on the standing of the piece.

The Aborigine Threepence has a rarity and historical significance that puts it right up there with the nation’s greatest Holey Dollars. It is Australia’s most famous token. The design is iconic.