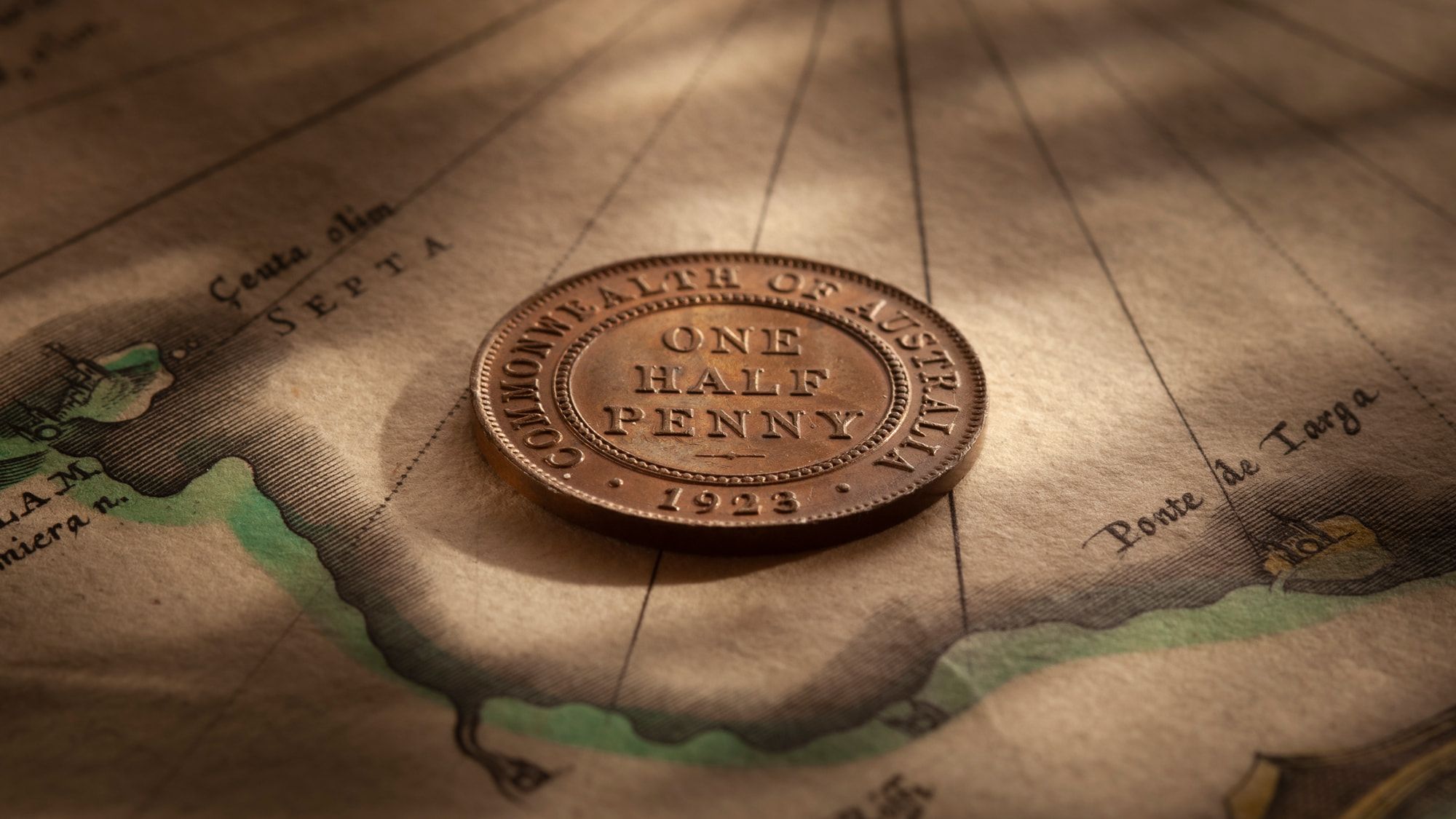 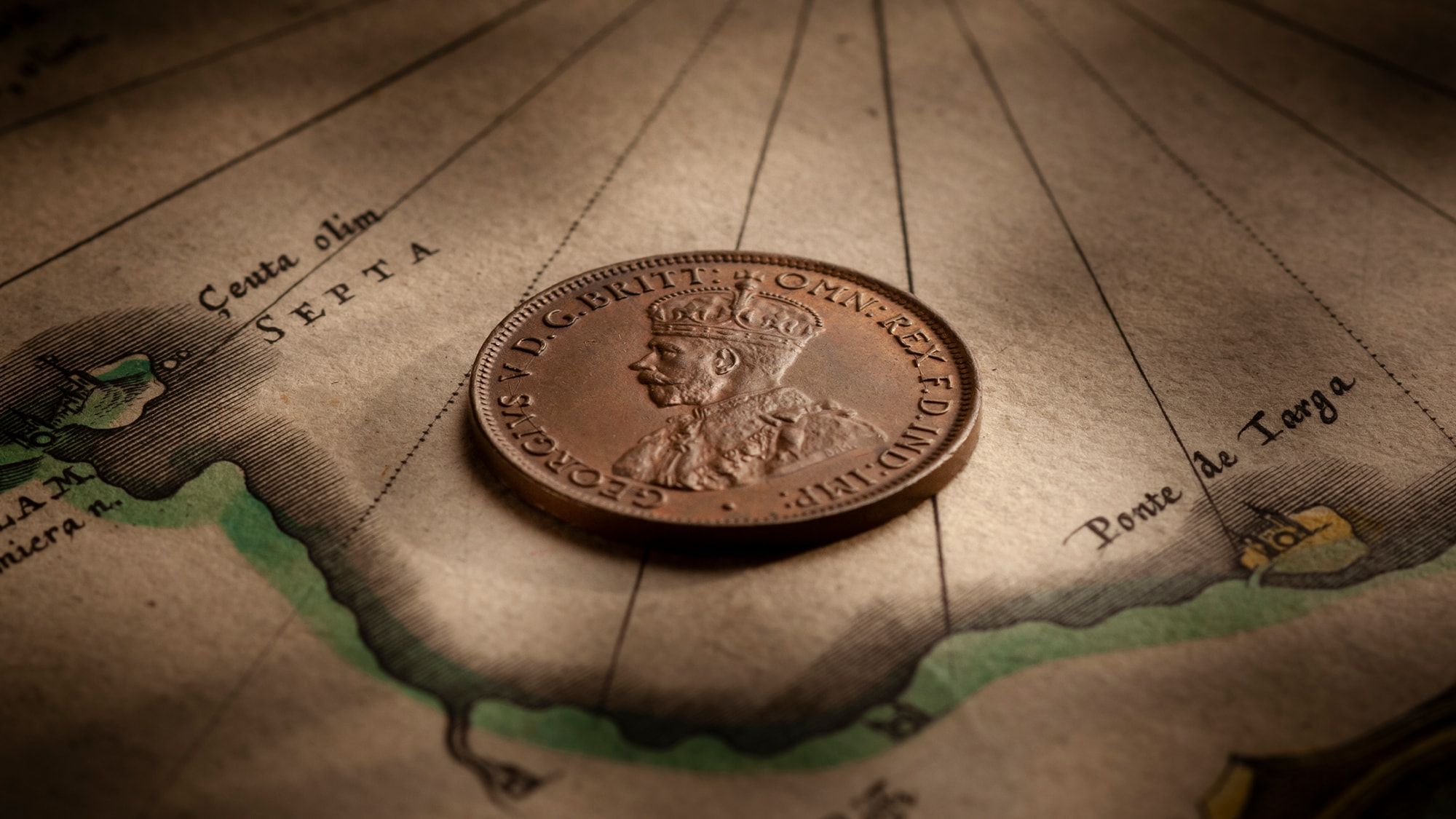 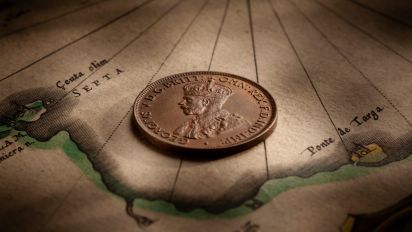 While not everyone could hold onto (or even gain access to) a gold coin, the nation’s coppers were accessible to the man in the street.

And while there is no doubt that Australia’s 1923 Halfpenny has benefited from the emotional feelings stirred up by its side-kick, the 1930 Penny, the ’23 stands on its own merits as Australia’s rarest halfpenny.

And an Aussie icon.

This coin is one of the finest known examples of the nation’s scarcest halfpenny. It is proof-like in its appearance and is one of three known at this quality level.

It is in a remarkable state of preservation with highly reflective, smooth surfaces.

A rarity that defied the mintage figures 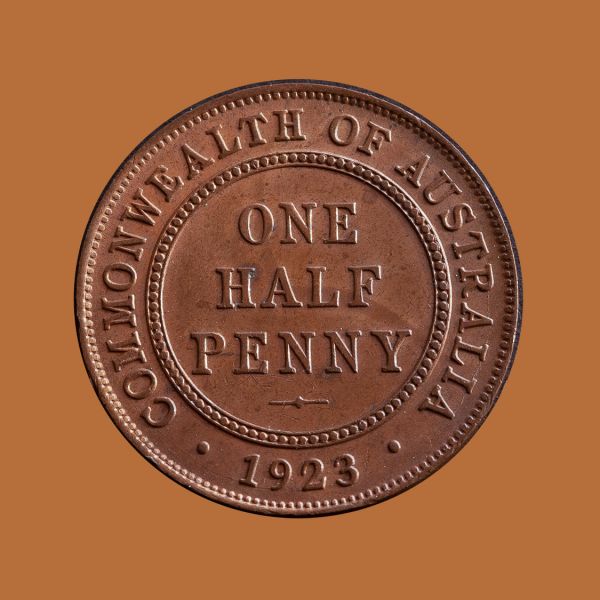 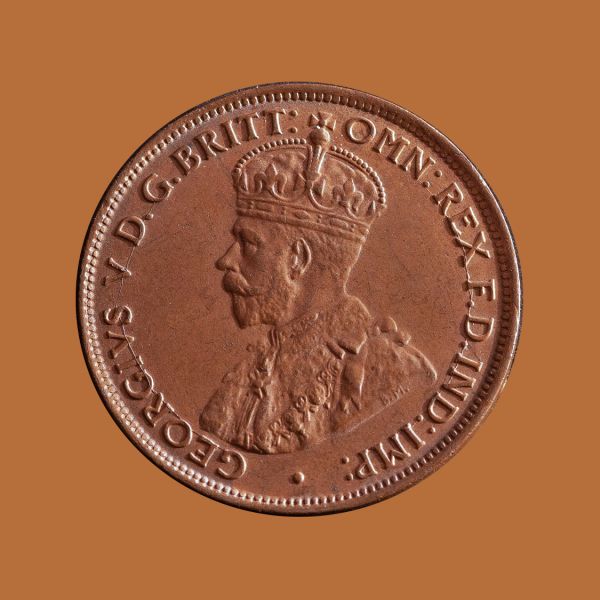 An amazing obverse. The diamond is sharp and complete. The pearls, eight of them, plump and untouched. Smooth, highly reflective fields exude beautiful colours.